Cracking down on electricity theft in Sepang

Enforcement personnel found machines for a cryptocurrency mining operation at one of the premises in Bandar Sunsuria in Sepang. — Photos: AZMAN GHANI/The Star

Under the supervision of the police, enforcement officers entered the premises in Bandar Sunsuria and found the electricity supply meter had been tampered with as illegal extensions were added to bypass and prevent it from recording electricity consumption.

Acting under Section 38 of the same act, TNB disconnected electricity supply to the premises.

The machines at the premises were confiscated by MPSepang. 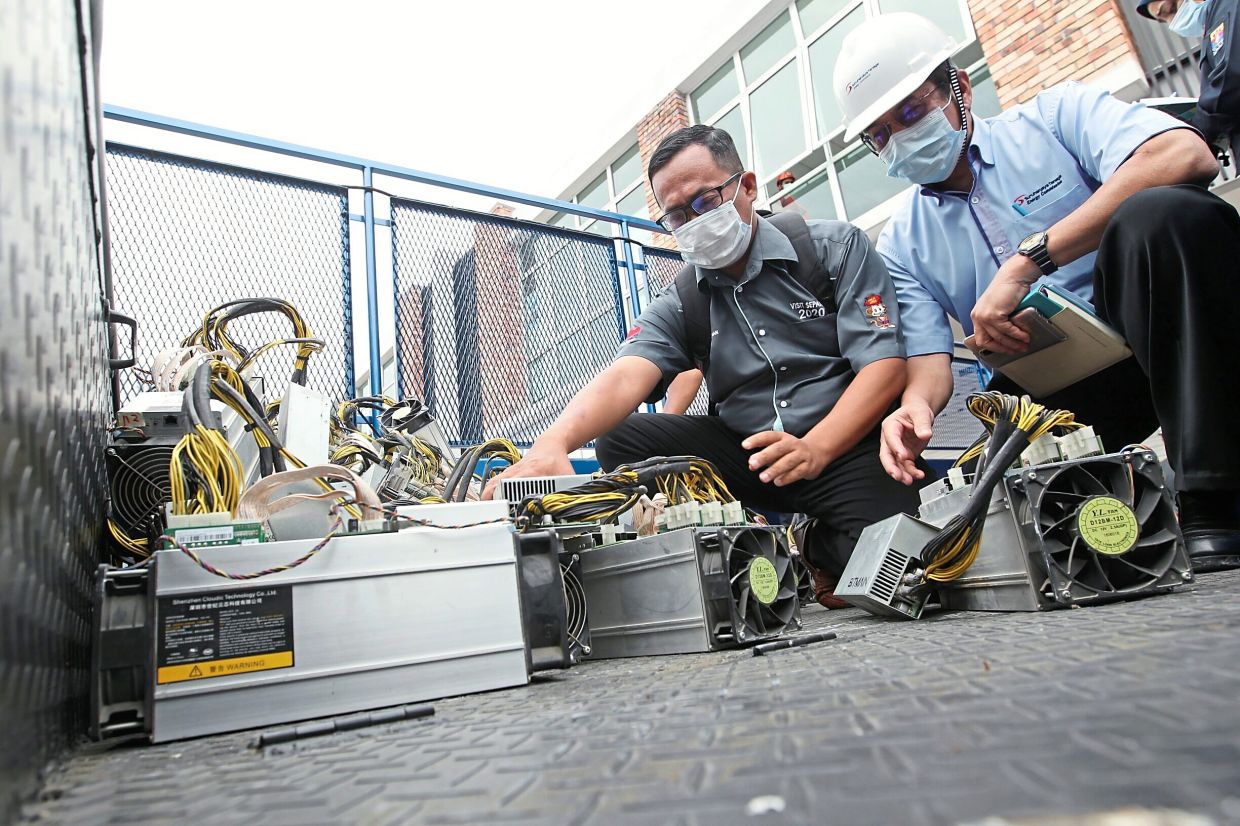 “Each of the premises contained over 100 mining machines with a total of 3,120 confiscated by enforcement officers, ” he added.

Mohd Fauzi said in addition to TNB disconnecting the supply of electricity, SPAN and Air Selangor also disconnected the water supply to the premises.

Abdul Rahim said the premises had been in use for less than a year and based on the findings, each premises consumed an estimated capacity of 65kW.

“We were informed about this activity by a few parties and began to conduct surveillance on these premises, ” he said.

“Once we were convinced that there was wrongdoing taking place, we decided to act on it.

“This is the third raid we have conducted this year and last year, we had six cases.

“We would like to remind the public not to tamper with electricity meters and property owners are advised to ensure that the tenant is the account holder for the premises.”

He added that all incoming cables carrying electricity supply must be routed through a valid meter and advised the public to report anything unusual on the meter to the Energy Commission or TNB.