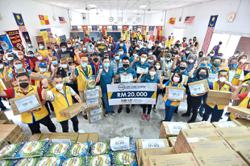 Flash floods like this one in Taman Sri Muda, Section 25, Shah Alam, last month are a frequent occurrence in the Klang Valley after a downpour. — IZZRAFIQ ALIAS/The Star

HUMAN activities could be a major factor contributing to flash floods that have hit the Klang Valley over recent weeks, said environmental activists.

Global Environment Centre (GEC) said there was a higher than normal rainfall around this time that was usually a dry period.

“So we may be heading towards the La Nina phenomenon.

“However, the human or local factors are also big contributors to the problem, ” said GEC director Faizal Parish.

Causes of flood include lack of slope protection that leads to more rapid water run-offs, siltation that results in shallower rivers and water basins, and development projects along river channels.

Centre for Environment, Technology and Development, Malaysia (Cetdem) chairman Gurmit Singh agreed, saying that some contractors did not instal proper silt traps, which resulted in earthworks from their projects being washed into existing drainage systems.

“In many areas all over Kuala Lumpur and Selangor, river reserves are not set up or maintained properly.

“So they are unable to cope with heavy rainfall, ” said Faizal.

“There are also insufficient water catchment areas in cities.

“Water run-off is 2% to 5% faster on concrete surfaces compared to a forested slope, ” he added.

“You can see this in housing estates and schools.

“Drains are blocked by plastic waste and other rubbish thrown by irresponsible individuals, ” he said.

Faizal said that not many people realised that rubbish dumped into drains ultimately ended up in rivers, as there were very few rubbish traps installed in waterways.

“Ageing infrastructure and overdevelopment are contributing factors too.

“For example, a project built several decades ago may not have the right infrastructure designed to suit modern loads, ” he said.

“Flash floods don’t only cause damage to properties and problems to humans; it also affects the biodiversity of creatures living in rivers.”

Thus, he said it was necessary for development projects to be planned such that no water flow was blocked and streams or rivers could support water input when it rained.

“The severe rainfall pattern is also an indication of climate change, ” said Faizal.

“It has been projected that as temperatures rise, there will be more rainfall in South-East Asia and the problem will only get worse over the next few years, ” he cautioned. 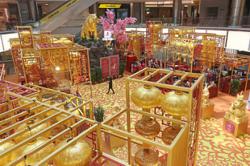