Pollution caused by land clearing for iron ore mining in the vicinity of Tasik Chini has destroyed the lake’s beauty. — Filepic

PEKAN: Tasik Chini, home to a mythical monster lurking beneath its waters, may no longer be a popular tourist destination as it was a few years ago, but it still retains a certain allure.

Located about 70km from here, Tasik Chini is the second largest natural lake in Malaysia. It was once known as a floating garden with thousands of white and pink lotus flowers covering its surface. Unfortunately, pollution caused by uncontrolled logging, mining and farming activities has destroyed this natural beauty.

Aware of the potential and importance of the lake, both for tourism and as a national treasure, the Pahang government has drawn up various initiatives to restore its “glory”.

The initiative to restore the lake began last year when, on March 13, Pahang Mentri Besar Datuk Seri Wan Rosdy Wan Ismail announced that the state executive council had agreed to gazette 4,498ha of the lake as a Permanent Forest Reserve.

To address the mining problem there, the state government had also drawn up a special policy for mining activities, which among others, would not approve new mining lease in the area around Tasik Chini.

Wan Rosdy also gave the assurance that any complaints regarding mining activities in the area would be taken up promptly by all relevant agencies, including the Land and Mines Office, Department of Environment, Forestry Department and the Pahang State Secretary’s Office.

Despite all plans been made, it will certainly take time for them to yield results.

Pahang tourism, environment and plantation committee chairman Datuk Seri Mohd Sharkar Shamsuddin expects the people to be able to enjoy the beauty of Tasik Chini again in 10 to 20 years.

“The special policy was drawn up last year and we are now entering the implementation stage with priority given to maintaining the biosphere reserve status of the lake accorded by the United Nations Educational, Scientific and Cultural Organisation (Unesco), as well as making it a destination for eco-tourism.

“We are also planning to carry out forest replanting in the affected area. Apart from that, we also have to wait for the permits given to some mines to operate to expire before rehabilitation programmes can be carried out on a larger scale, ” he said.

Sharkar said the plan to restore the lake had been conveyed to Energy and Natural Resources Minister Datuk Dr Shamsul Anuar Nasarah when the latter visited the lake recently to seek the Federal government’s cooperation in realising the effort.

He said work to restore Tasik Chini was also supported by Universiti Kebangsaan Malaysia (UKM), which has a research centre at the lake.

The state government, he said, also welcomed any government, private or non-governmental organisations (NGOs) that are keen to participate in the efforts to restore the lake.

“While waiting for the outcome of the forest rehabilitation efforts, the state government will continue to enhance control and enforcement at Chini Lake to prevent any activities that can interfere with our plans to restore the lake’s glory, ” he added.

The work to restore Lake Chini is also assisted by an NGO known as the Sultan Ahmad Shah Environment Trust (Saset).

According to Saset general manager Sarhan Ismail, they have planted 5,000 timber trees, such as Balau, Meranti and Merawan in the area in October 2018.

He said the programme was conducted in collaboration with the Pahang Forestry Department, students of higher education institution in Pekan and residents of Felda Chini, and also involved the participation of Saset patron, Tengku Arif Temenggong of Pahang Tengku Fahd Muad’zam Shah Sultan Ahmad Shah.

“We expect the trees to take about 15 years to mature. During that time, monitoring will be done by the Forestry Department to ensure no trespassers into the area.

“The programme will hopefully restore the natural environment at Tasik Chini, ” he said, adding that SASET had also planned to plant more trees there this year, but it was disrupted following the Covid-19 pandemic. — Bernama 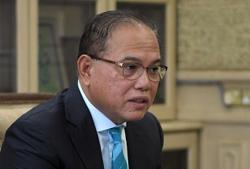 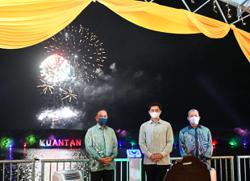