ARE customers and business owners complying with the registration process when entering premises for contact tracing purposes?

In guidelines for the conditional movement control order (MCO), businesses must follow a strict standard operating procedure (SOP) which involves registering their customers’ names and contact numbers, taking their temperature, providing hand sanitiser and ensuring social distancing within their premises.

StarMetro spoke to several people who have raised concerns whether the SOP is being adhered to strictly.

College student Anuraag Haran Hari Chandran, 18, from Taman Yarl, Kuala Lumpur, said he had noticed fewer people were complying with the rules now compared to before.

“Sometimes, there is no one at the entrance to take customers’ temperature too,” he said, adding that he was reluctant to write down his details on paper as he is concerned about hygiene issues.

“I wonder whether the hand sanitiser provided at some shops is effective. Because of that, I have started bringing my own hand sanitiser,” he said. 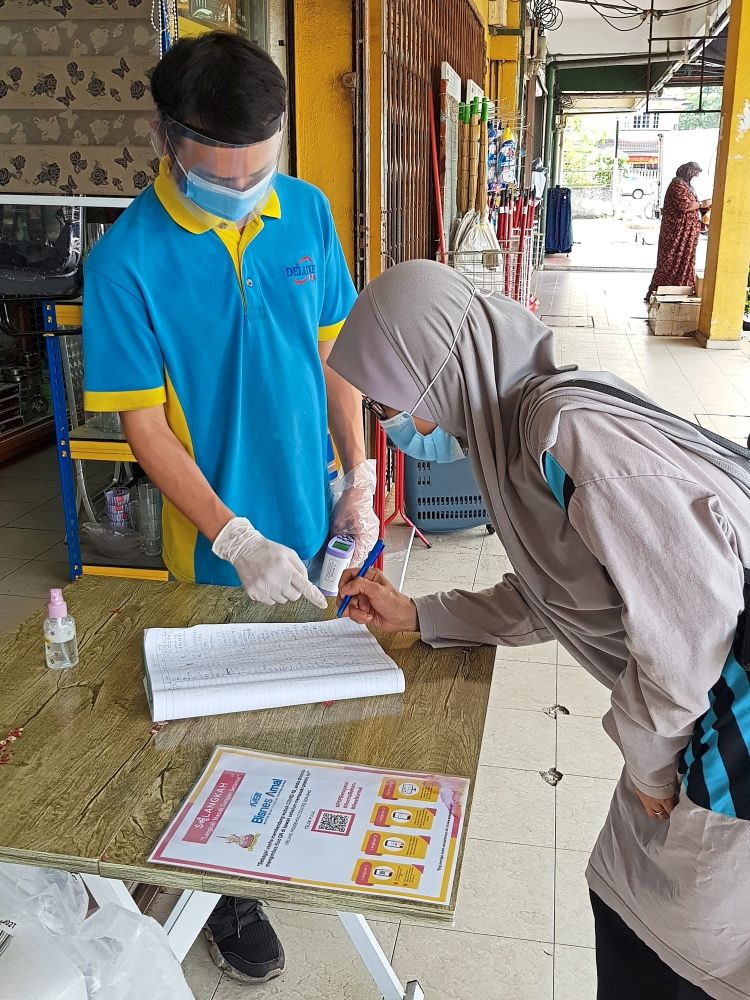 Being responsible: This shop in Jalan Teluk Pulai, Klang, which sells household items, gives customers the option to either scan a QR code or write down their details. — EDWARD RAJENDRA/The Star

Although Anuraag welcomed the use of contact tracing systems which require users to download a quick response or QR code generator first, he added it was not suitable for everyone.

“It would be good if people were given the option to write because some people, like my grandmother, are not tech-savvy.”

“I am also concerned about complying with the process if I have no mobile data or the Internet reception is bad as it would be difficult for me to use the QR code reader,” he said.Privacy concerns

Entrepreneur Datuk Davy Woo, 68, said he was not comfortable revealing his personal details during the registration process either manually or via QR code.

“There are too many phone scams out there. In the past, I have received phone calls from people claiming to be from insurance companies and banks,” he said.

He had noticed some fast food outlets carrying out the entire process inside their premises which should not be practised as this would allow potential Covid-19 carriers into the outlet.

“The pen and paper way should be discouraged too as this creates an unnecessary touchpoint,” he pointed out.

Lau also claimed that temperature scanners and thermometers used by some businesses were inaccurate.

He said this could be due to the widespread availability of cheap models in the market.

Business owners, he said, could have bought them in a hurry to meet the conditional MCO requirement, adding that there should be some form of quality assurance for such devices.

Lau said he had tested scanners at petrol stations and shopping centres and found different readings from the same individuals at around the same time, adding that this proved that many such devices were not reliable.Traders’ view

Kalavathi Subramaniam, who runs a supermarket from a shoplot in Jalan Besar, Kajang, said with eight employees, she was unable to assign one person solely to take customers’ temperature at the entrance.

“I need my staff to do other tasks such as unloading goods and attending to customers,” said Kalavathi, adding that she had placed the registration book and hand sanitiser at the entrance for customers to do the needful.

Smartphone service provider E Leong said he had not been registering customers or checking their temperature because there was no close contact with them and transactions were usually done quickly at his kiosk.

An electrical shop owner who only wanted to be known as Lim said though he was open for business, customers were not allowed to enter the shop.

“Customers will tell us what they want and we will get the items for them,” he said.

Curtain and textile shop owner Goh Kim Yew admitted that he never checked if his customers’ particulars were in order and did not know what to do with the registration book.

In Glomac 2, Cyberjaya, an Indian national who runs a mini market said while most of their customers were cooperative, a few, comprising senior citizens, were not.

“We would rather not force them as they may stop coming and we cannot afford to lose customers. We usually let them enter regardless,” he said. 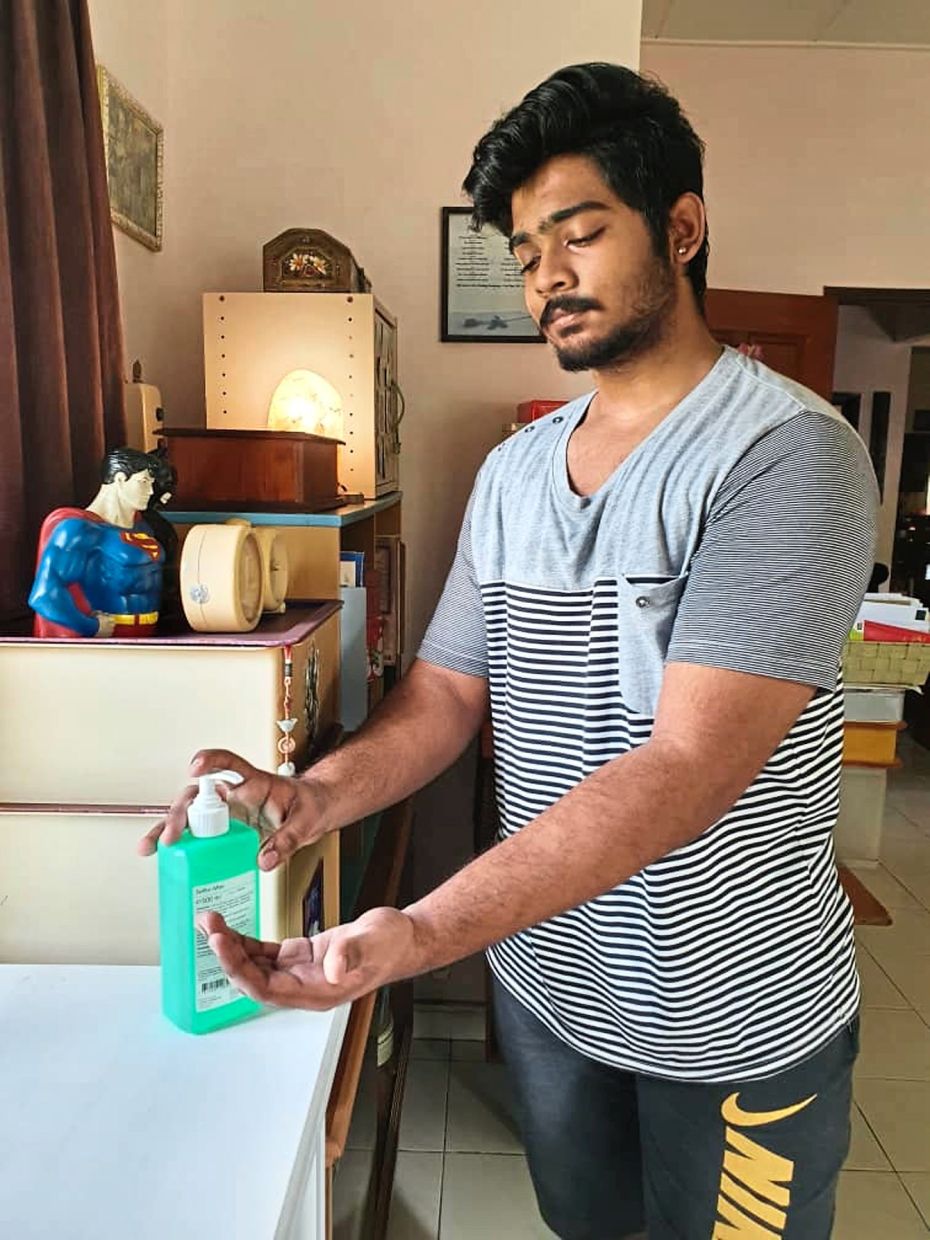 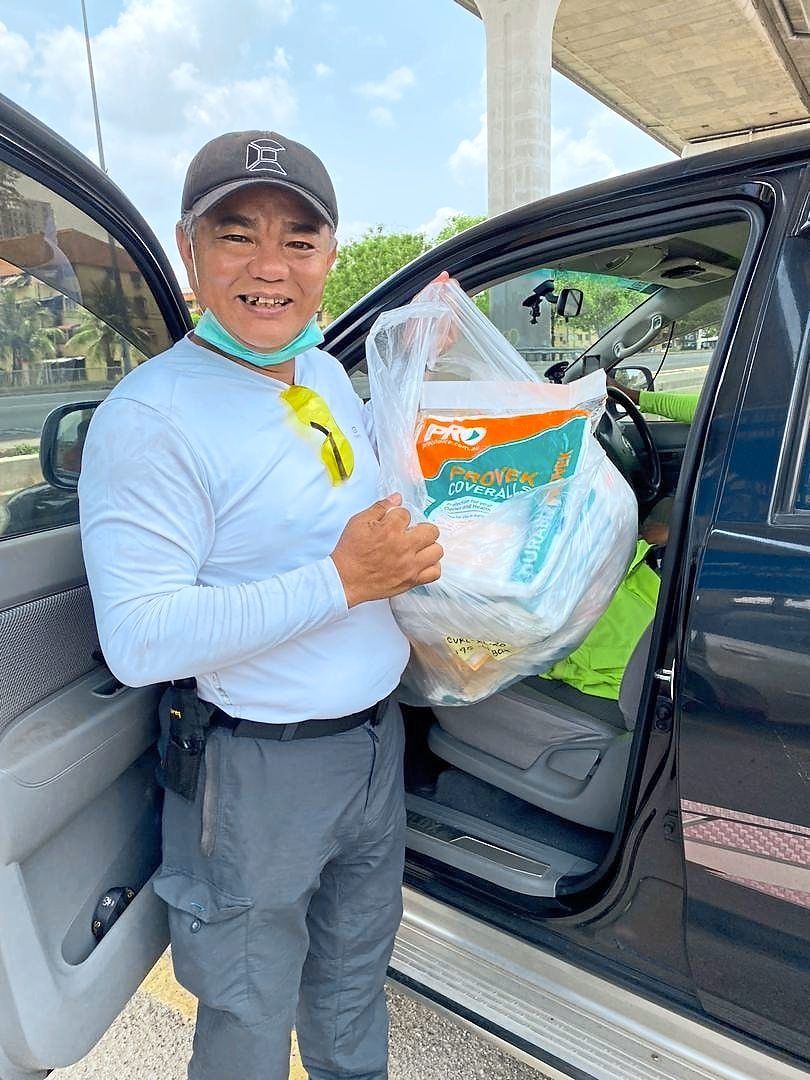 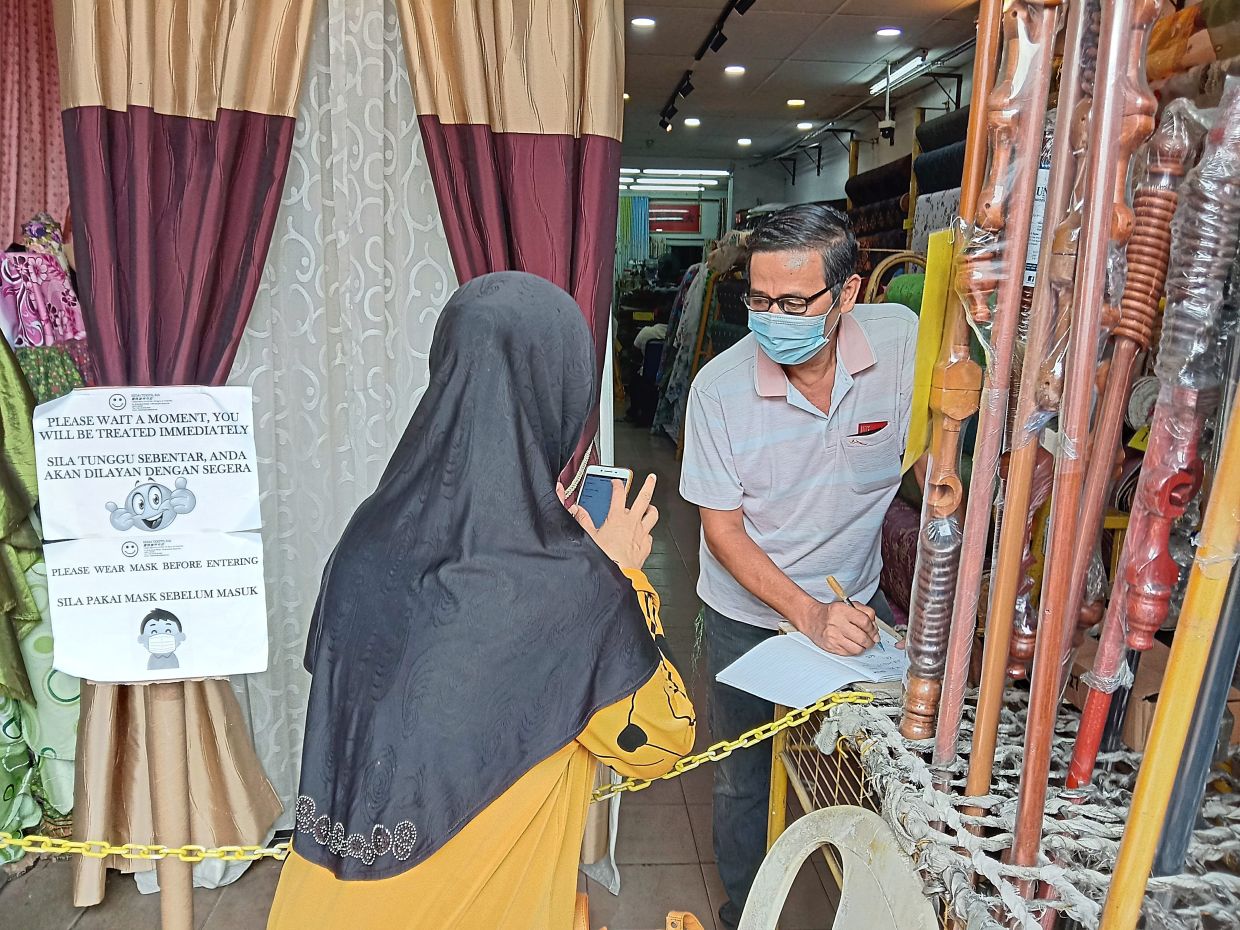 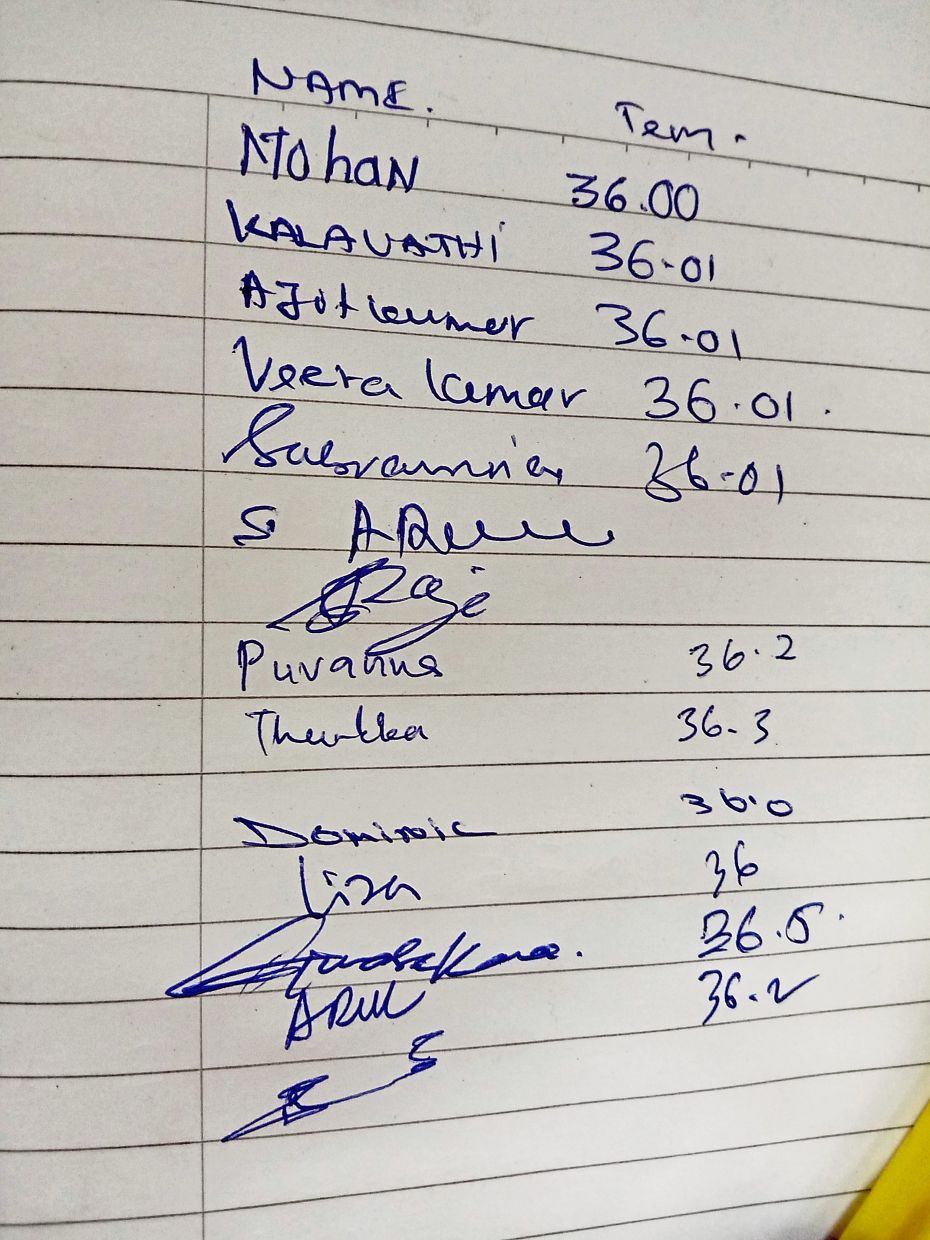 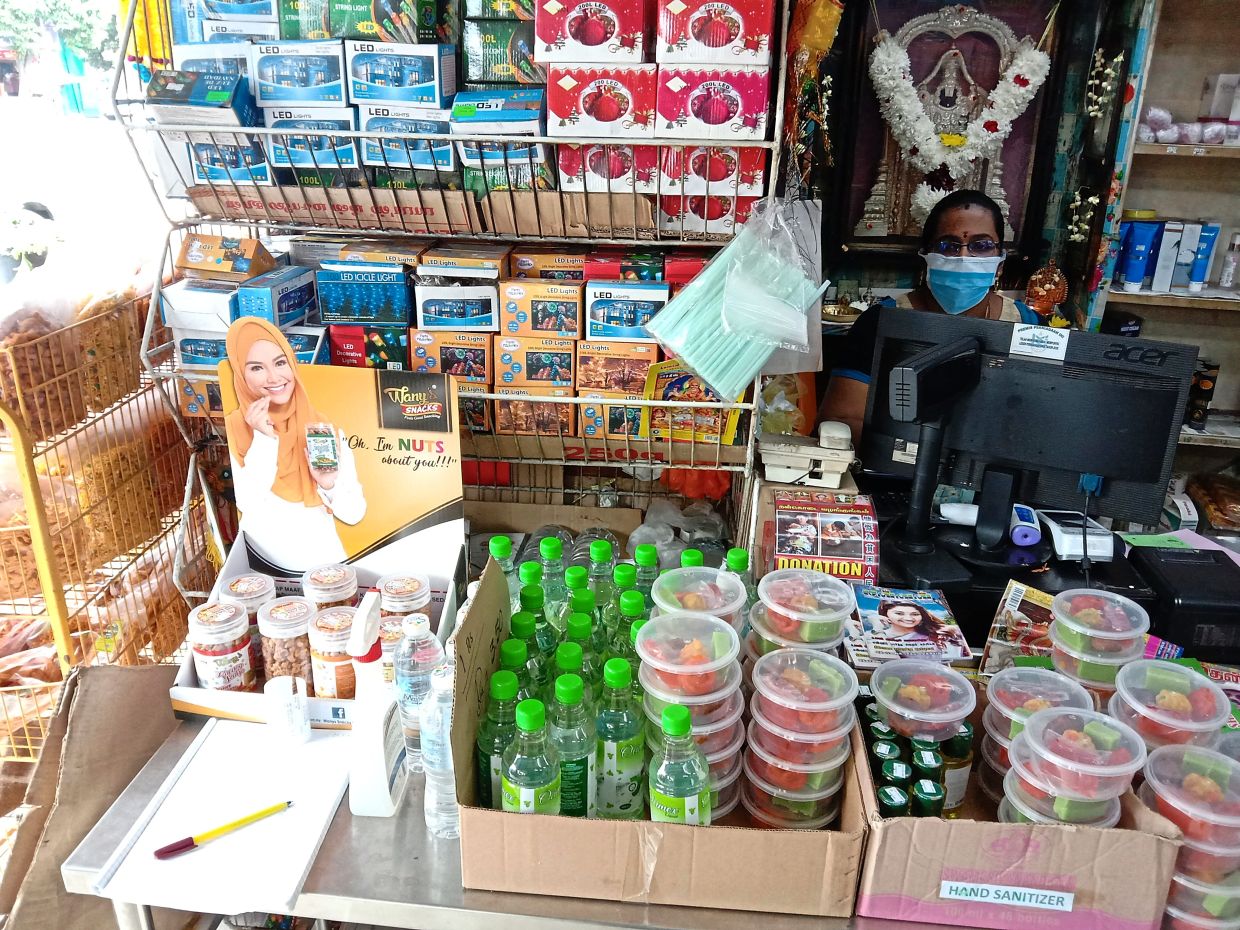 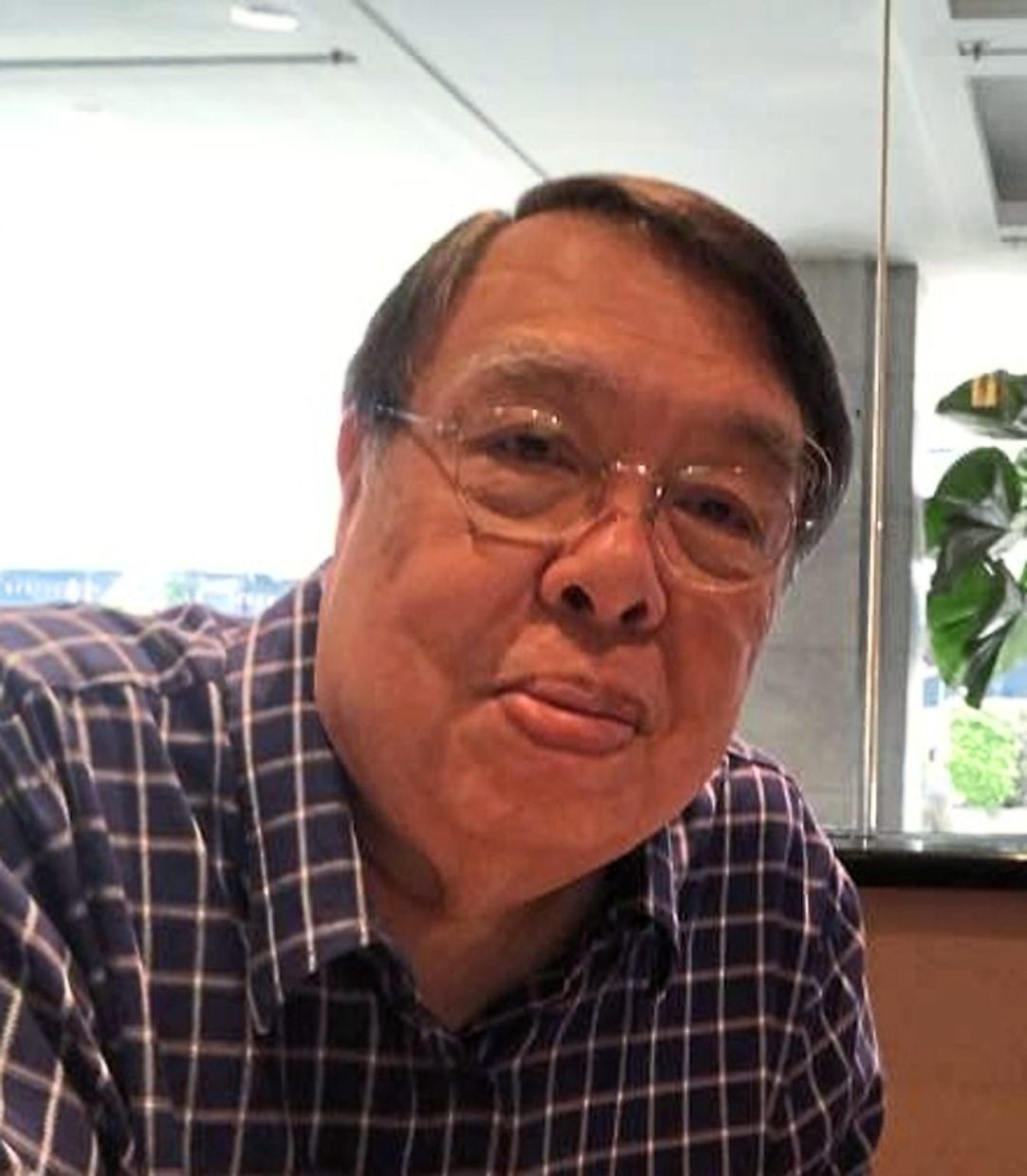 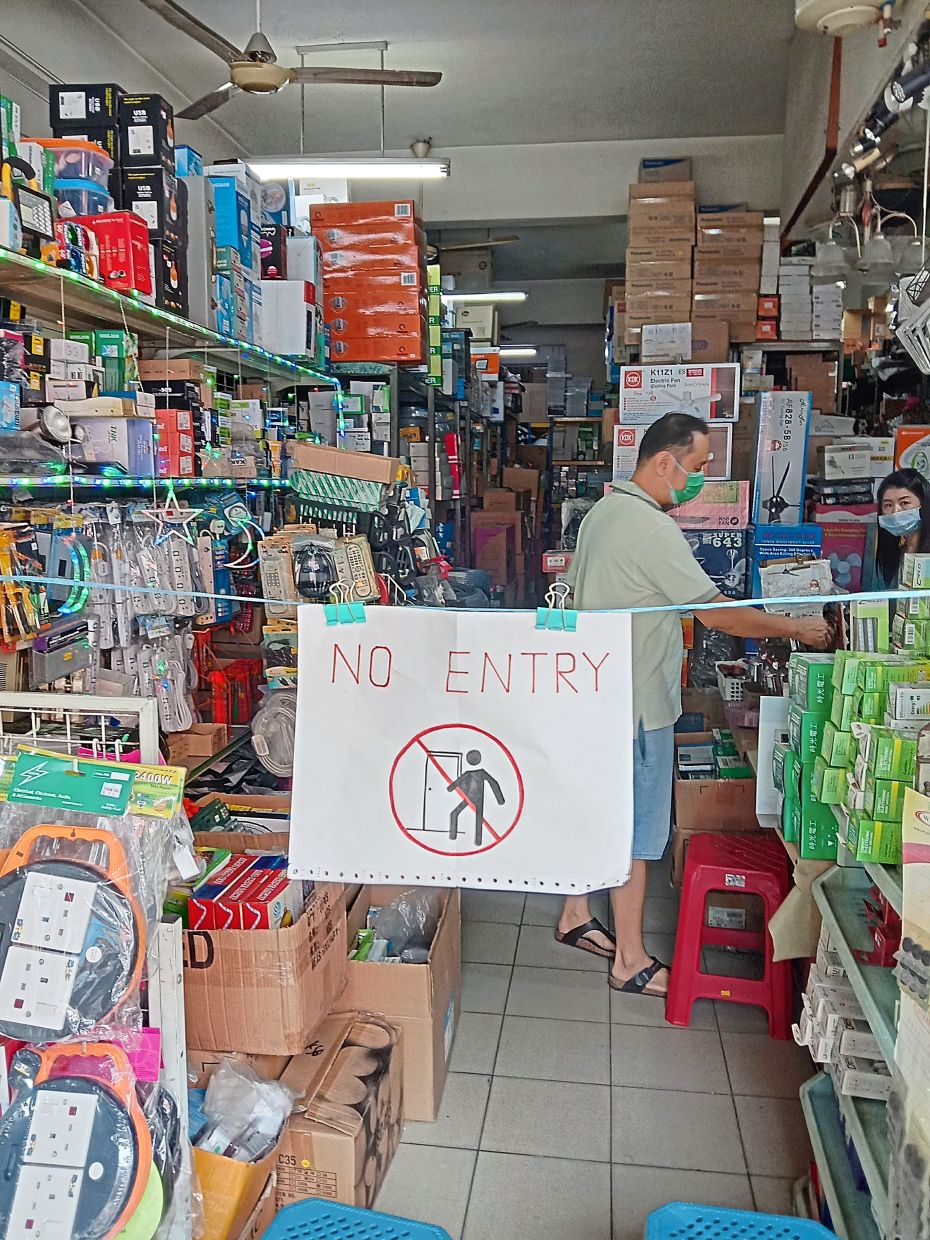 A post on Lau’s social media page showing a faulty thermometer he found at a business premises.

Anuraag carries his own hand sanitiser wherever he goes for fear those in shops are diluted.

Goh noting down customers’ particulars at his shop.

A sample page from a registration book showing entries with unintelligible handwriting.

A registration book is placed at the entrance of Kalavathi’s shop for customers to write down their particulars.

Woo is uncomfortable giving personal particulars when registering manually or via the QR reader.

This shop does not allow customers into its premises during MCO.

Being responsible: This shop in Jalan Teluk Pulai, Klang, which sells household items, gives customers the option to either scan a QR code or write down their details. — EDWARD RAJENDRA/The Star

KL and S’gor users assured their information is safe