Yap with a tray of her brioche ho cross buns ready to be popped into the oven.

CHRISTIANS all over the country observed Maundy Thursday in their homes with praying, reflection and baking.

The wonderful smell of bread wafted from the kitchen of many Christian homes as home bakers, both professional and amateur, put their kneading skills to work churning out hot cross buns.

Mary M. Nunis has been baking the sweet bread in the run-up to Easter this Sunday for over half a dozen years now.

“For us Catholics, hot cross buns have a deeper meaning as they have a symbolism to the crucifixion of Christ.

“The dough represents the tomb, the spices in the bread represent the spices used to anoint the body of Christ after his death and you have the cross on the top of the bun itself, ” said Mary, in her 60s.

She said hot cross buns are traditionally baked and eaten around Good Friday, which falls today.

Mary, who is coordinator of the Rite of Christian Initiation of Adults (RCIA) programme at the Church of the Immaculate Conception in Pulau Tikus, Penang, said she normally presented the buns to her initiates a day before Easter.

“We normally hold a Day of Recollection on that Holy Saturday but because of the Covid-19 outbreak everything now has been cancelled, ” she said. Chan with a batch of hot cross buns at Yin’s Sourdough Bakery in Penang.

Mary said this year, she baked hot cross buns for family and a few neighbours in Batu Ferringhi.

Homemaker Jenifer Yap has been baking hot cross buns for about five years now for family and church friends in Bayan Lepas.

“It is a tradition leading up to Easter, so I found a recipe to try out for my kids.

“Over the years, I’ve adjusted it, tried different ingredients and different ‘crosses’ and now, I’ve got my own recipe, ” she said.

Yap said she was baking a special type of brioche hot cross bun this year.

“It has more eggs, more butter and is just richer and fluffier. I put sultanas and cranberries in this brioche bun, but I also offer my regular hot cross buns that are made with raisins and lemon peel.

“The crosses are made using icing sugar and milk, ” Yap said, adding that good quality butter made all the difference in the taste of the buns.

She added that she still supplied bread to the people in her neighbourhood during the MCO and had so far baked about 30 sets of six hot cross buns.

In previous years, Catholics in Penang could satisfy their bread cravings rather easily as hot cross buns were up for sale after Maundy Thursday masses.

CHOICE Penang, the Catholic group for single adults, normally takes charge of these sales as a fundraising project. 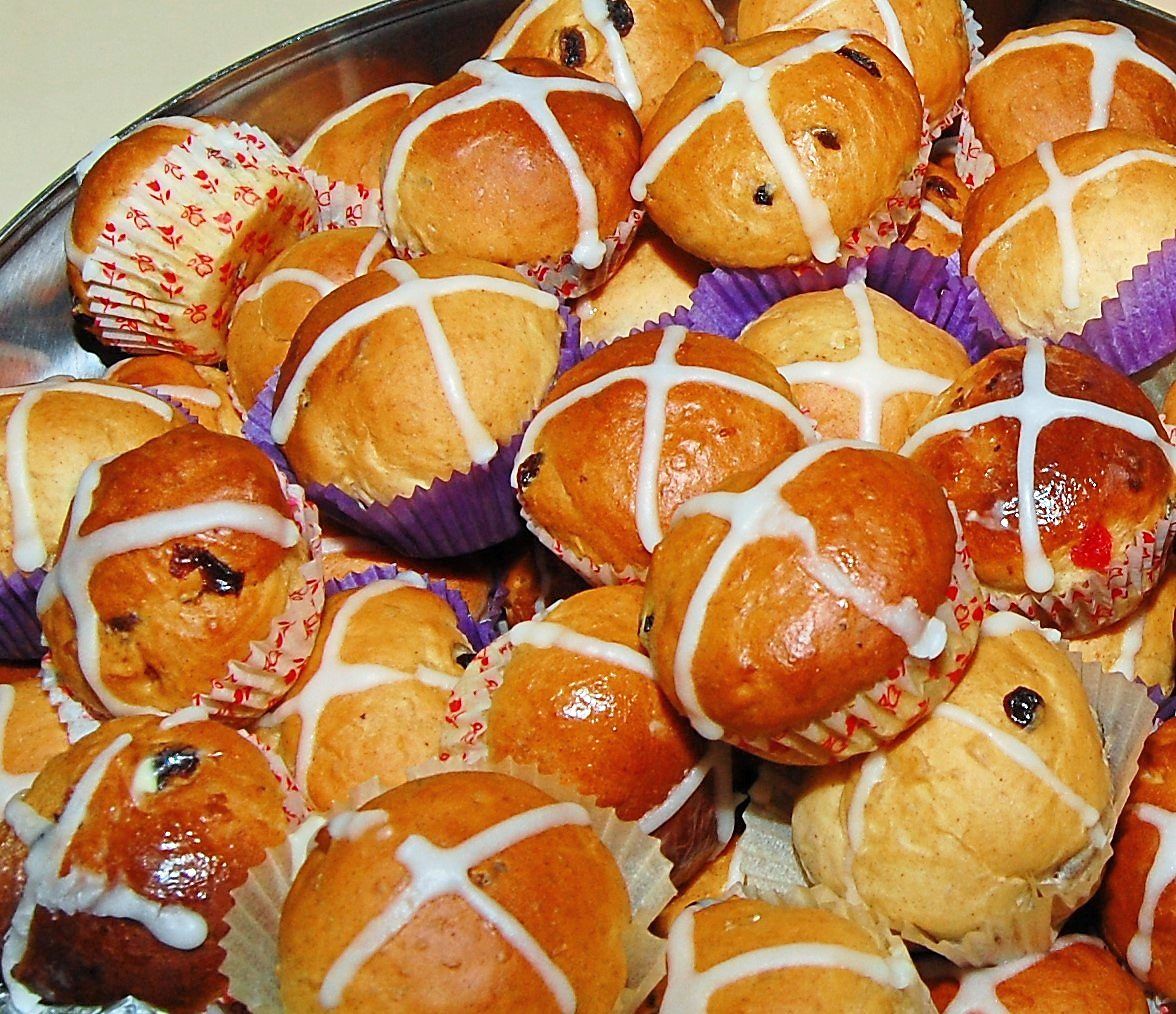 Coordinator Stephen Lau said the sales were cancelled this year as church masses were suspended since March 14 due to the Covid-19 pandemic.

“We channel the funds we get from the sales to our three annual weekend camps, held in English, Tamil and Chinese.

“As we couldn’t go ahead with the sale of hot cross buns, we’re thinking of perhaps having a Christmas cookie sale, ” he added.

Yin’s Sourdough Bakery that has branches in Penang and Kuala Lumpur, specially bakes the buns during Easter.

“This year, we’ve improvised the recipe to be a bit more buttery and it’s proven to be a hit among kids.

“We offer two types of hot cross buns – a spiced bun with raisins and orange peel and a chocolate bun with some of the same fruit and chocolate chips, ” said owner Chan Su Yin, who is a Catholic.

She said about 100 hot cross buns were available at the branches in Penang while roughly 50 were baked for the KL stores.