By BAVANI M, OH ING YEEN and And JAROD

Some hawkers in Bandar Tasik Selatan operating their business despite the movement control order. — Photos: NORAFIFI EHSAN/The Star and DBKL

KUALA Lumpur City Hall (DBKL) will not issue summonses to traders selling food along sidewalks. Instead, enforcement officers will send them packing right after handing them immediate closure notices.

The closure notices are a directive for them to cease business at once.

Traders are also reprimanded in a polite but firm manner for violating the movement control order (MCO), before being asked to go home.

Kuala Lumpur mayor Datuk Nor Hisham Ahmad Dahlan said it was not easy for enforcement officers to carry out their duties during this period.

“Having to tell people who have lost their jobs, elderly folk or single parents... anyone who is simply trying to earn a decent living out there not to do business, is not an easy task. But it must be done,’’ he said.

“This is now a security and safety issue, and it not only involves Kuala Lumpur and Malaysia, but the whole world.

“Everything we do now will have an impact sometime, somewhere down the line, so we have to do things right.

“My job is to keep people safe and in order to do that, my men have to get people off the streets and into their homes,’’ he added. 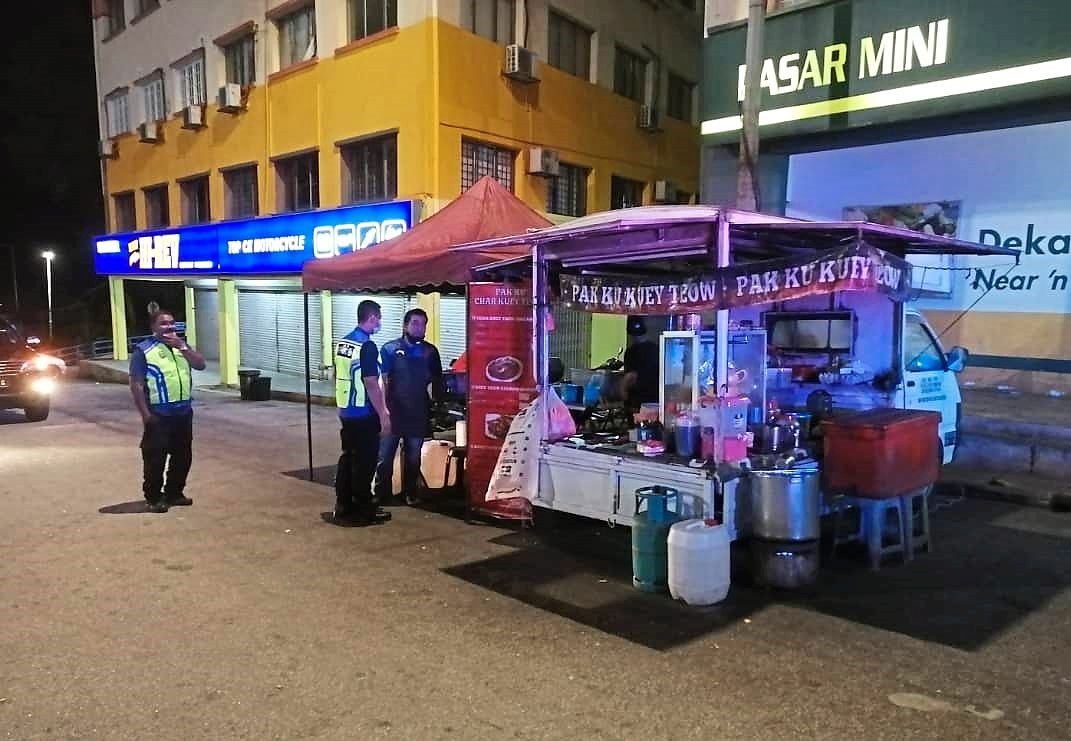 MPAJ officers advising stall operators to cease business in accordance to the MCO.

Nor Hisham said he went to the streets on the first day of the restriction order and saw many traders still operating on the roadside.

“I was at the Penchala area and an old makcik approached me, pleading to be allowed to continue selling food.

“I told her she must go home, that it is only a temporary measure. It is hard but it must be done,” he acknowledged.

The mayor said DBKL enforcement officers had been instructed to speak to traders politely but firmly.

Reports of the public still going about their day-to-day affairs, such as visiting shops and patronising roadside stalls, are still happening all over Kuala Lumpur.

Over 2,000 DBKL officers will be working on shifts during these 14 days to monitor businesses in light of the MCO which came into effect on Wednesday.

Yesterday, StarMetro reported that roadside stalls were still operating in various parts of the city despite not being allowed to do so.

All commercial activities in Kuala Lumpur including malls, entertainment outlets, roadside stalls, food trucks, night markets and bazaars are not allowed to operate for the duration of the MCO.

However, StarMetro spotted roadside hawkers in Bandar Tasik Selatan near the South Integrated Terminal (TBS) on day two of the MCO yesterday, with several customers queuing up.

Food trucks were also seen at some of these places. 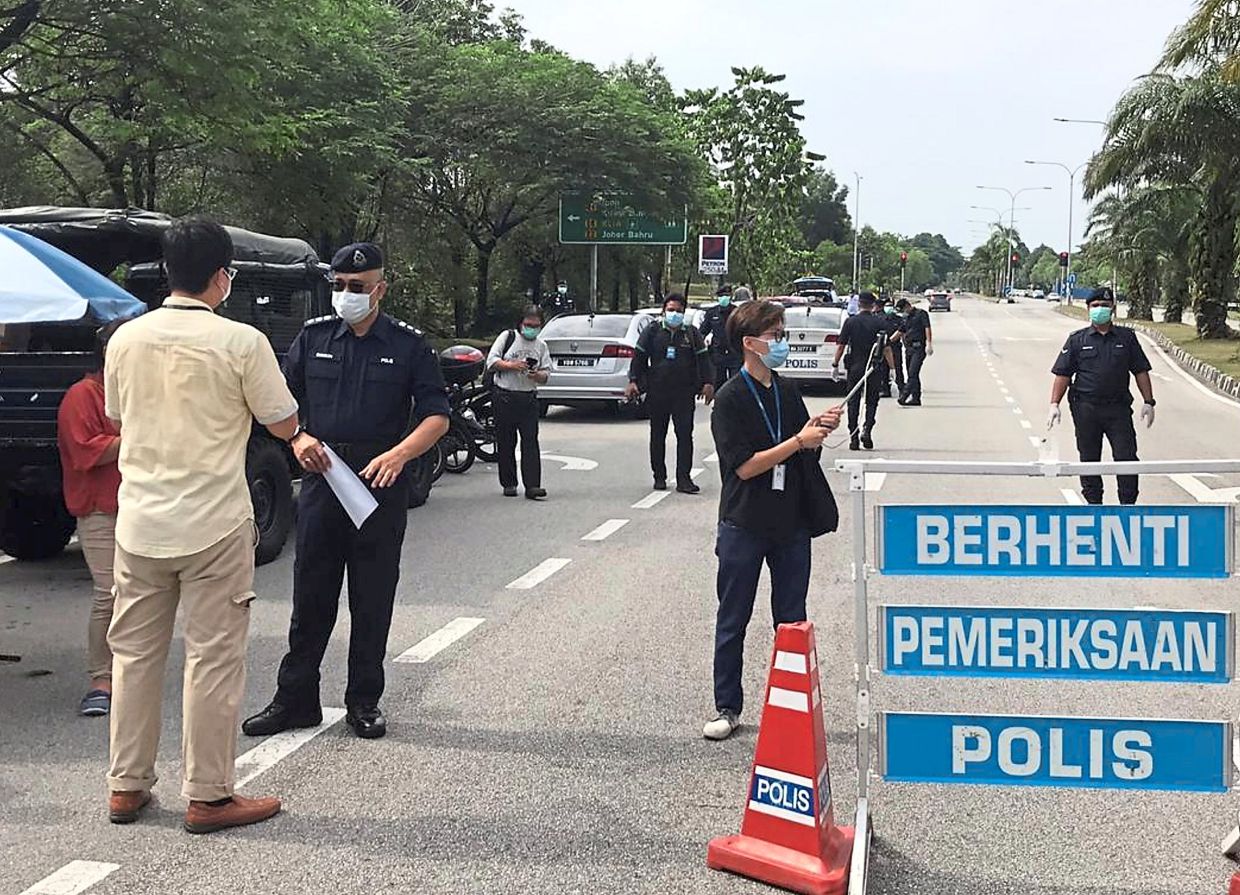 Subang Jaya police has set up roadblocks to make sure the public follow the movement control order.

Nor Hisham said DBKL officers would be making their rounds on motorcycles, vans with megaphones and on foot.

“The public are urged to cooperate with our officers and not cause problems,’’ he advised.

DBKL officers, who spoke to StarMetro on condition of anonymity, said most traders were cooperative with the exception of a few stubborn cases.

“They say they need to feed their family, they need to pay rent, insurance and car instalments, all sorts of reasons.

“But we tell them that their family must be safe first,’’ said an officer in Bandar Tun Razak.

In Ampang, Ampang Jaya Municipal Council’s (MPAJ) Enforcement Department is working around the clock to monitor businesses to ensure all abide by the MCO.

MPAJ press relations officer Norhayati Ahmad said that similar to the police, the council had officers patrolling the streets.

“We also address complaints from residents who alert us about other people not following the order,” she said.

She explained that the council would not issue summonses yet to errant businesses who violate the order.

“We will only advise and reprimand business owners as well as tell the public to go home.

“We need to have the cooperation of everyone during this period,” she said.

In Subang Jaya, police have set up roadblocks to ensure the public abide by the movement control order (MCO).

roadblocks were set up at five locations in Subang Jaya with the objective to advise the public about MCO, create more awareness of Covid-19 and advise them to stay at home and postpone all activities that involved crowds.

“Roadblocks are set up at the borders of Subang Jaya.“We control the movement between inter-state, inter-district and -city to prevent the spread of Covid-19,” he said.

According to ACP Risikin, there are around 300 policemen out in the field, working in shifts on duties that include crime prevention patrol, motorcycle patrol unit and the mobile patrol vehicle unit.He is also on site to monitor the situation at roadblocks.“A team of 50 personnel will carry out monitoring duties in shifts, including the officer in charge of police station (OCS) at all five

stations in the Subang Jaya district.“So far, no notices have been issued, we just advise the public on the dangers of Covid-19,” he added.