Cave temples operating at own risk

GIVING leases to cave temples in Perak will cover the safety and security aspects at these places of worship.

This is in light of the state government’s decision to study how they could grant leases to famous cave temples, many of which have existed for over 100 years but have yet to be recognised due to safety issues.

He said most Hindu and Buddhist temples in Perak were located inside caves or within the hilly areas, and it would be ideal for the state government to give recognition and ensure safety checks were carried out periodically.

“We have devotees visiting the temples, but local and foreign tourists also throng these places of worship during holidays.

“If there are (unfortunate) incidents that occur in the cave temples, it is the responsibility of the committee. We have to take the risk, ” he said.

Earlier this month, Perak executive councillor A. Sivanesan said the issue was discussed at the state executive council level for a proper study to be carried out by the Land and Mines Office, state environment, minerals and geo-science department as well as the Public Works Department.

He said the study would find ways to see how the temples could be given a lease of between 30 and 40 years, while simultaneously ensuring the safety aspects were not neglected.

Ho added that the Kwan Yin Tong temple had been around since 1926, and two major events were held there yearly, namely Chap Goh Meh, which usually attracted about 25,000 people, and the mooncake festival.

“The temple has assistance from the police, neighbourhood watch committee and Rela to manage the crowd.

“We always pray to the Goddess of Mercy before the start of any event to ensure the visitors are safe and the event is smooth sailing, ” he said.

Over the years, there have been two incidents resulting in deaths at cave temples, one at Gunung Cheroh in 1973 where a rockslide caused 42 deaths, and another in 2009 where a Perak Cave Temple security guard was crushed beneath heaps of boulders following a rockfall there.

Ipoh Hindu Devasthana Paripalana Sabah president M. Vivekananda said he welcomed the move as cave temples were synonymous with Ipoh and it was high time they were granted a lease.

He said the Sri Subramaniar temple in Gunung Cheroh, Ipoh, which the committee manages, was not just a place of worship but also a tourist attraction.

“The temple has been around for more than 150 years, and in earlier times, it was located within a cave and subsequently at the fringes of the hills after the rockslide tragedy.

Vivekananda also suggested that Ipoh City Council light up the hills as an added attraction.

“It will look brighter with colourful spotlights on certain areas of the hills and attract more tourists to the city, ” he added.

Thaipusam and Ponggal celebrations are usually held annually at the Sri Subramaniar Temple.

Nam Thean Tong Temple trustee committee chairman Chan Kwai Hoong said it would be a good idea for these temples to receive some form of title, instead of holding a Temporary Occupation Licence.

Chan said because of this, the temples could not carry out major development as it would be illegal.

“With the recognition, any form of work on the temples will receive proper safety guidance.

“This temple has been around since 1867, and Chinese New Year as well as the temple’s yearly anniversary celebrations are held here, ” he said, adding that the temple received visits from the

Fire and Rescue Department to carry out safety checks, and that no untoward incidents have taken place to date. 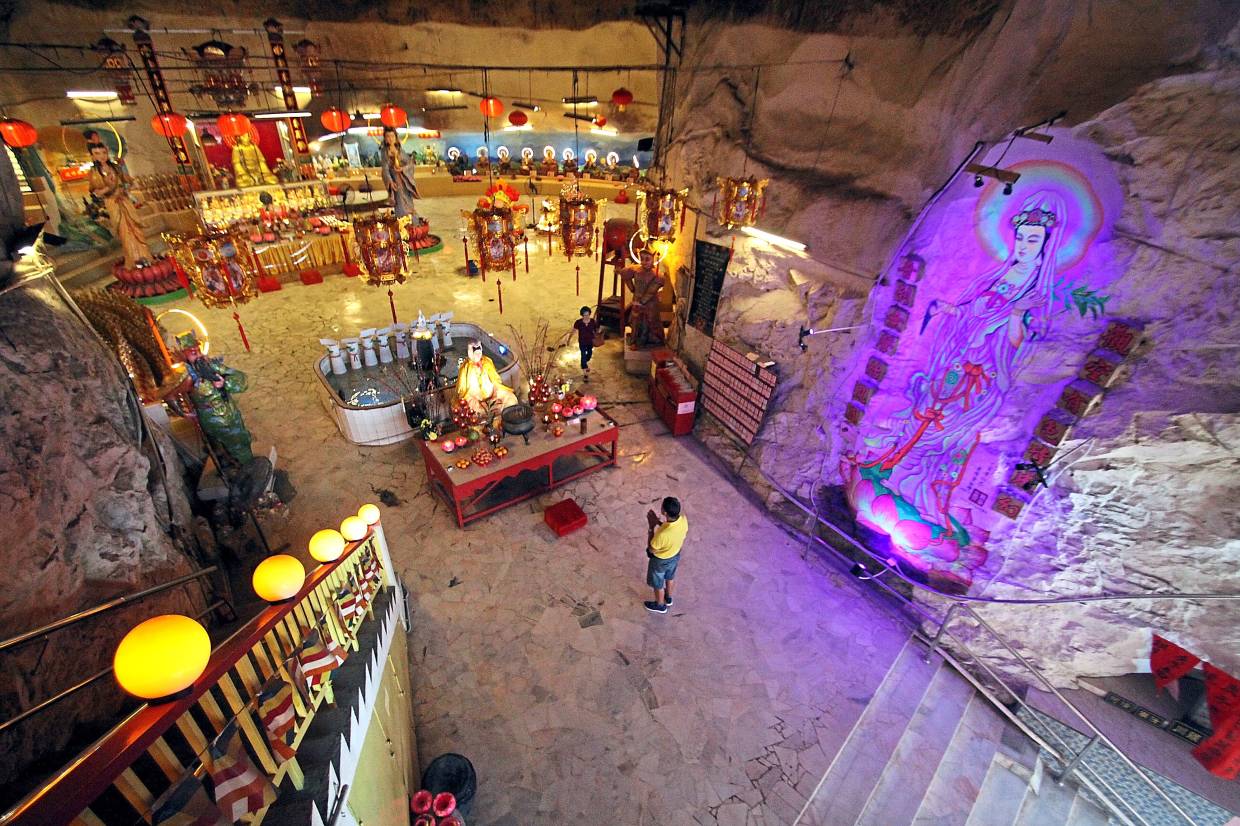 The Nam Thean Tong cave temple sits within a limestone cave, and this raises the question on safety measures for visitors.

The Kwan Yin temple has been around since 1926.

Chap Goh Meh and the mooncake festival are held at the Kwan Yin temple.

Ho says the temple committee has to bear the risk if any untoward incidents happen at cave temples.

Vivekananda says it is about time the cave temples are given leases to operate. 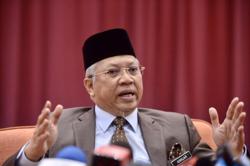