The Starlux carrier receiving a water canon salute at PIA.

IT was a warm welcome for 188 passengers onboard Taiwan’s brand new carrier, Starlux Airlines, after touching down at the Penang International Airport (PIA).

The new carrier made its inaugural flight from Taoyuan International Airport (TPE) in Taipei to Penang last Thursday.

As passengers disembarked from the aircraft, kompang troupes played loudly and the airlines’ staff distributed goodie bags to the passengers.

The new airline, using the Airbus A321neo with a 188-seating capacity, will operate one flight daily between Penang and Taipei.

Starlux Airlines chief executive officer Glenn Chai said they believe that there is great potential between both cities in terms of travelling opportunities.

“Penang is a city with amazing history and scenic views, and we think Penang is underrated among Taiwanese.

“As such, we chose Penang for our maiden flight to Malaysia, as we believe both cities can boost one another’s tourism sectors, ” he said during the press conference at PIA. 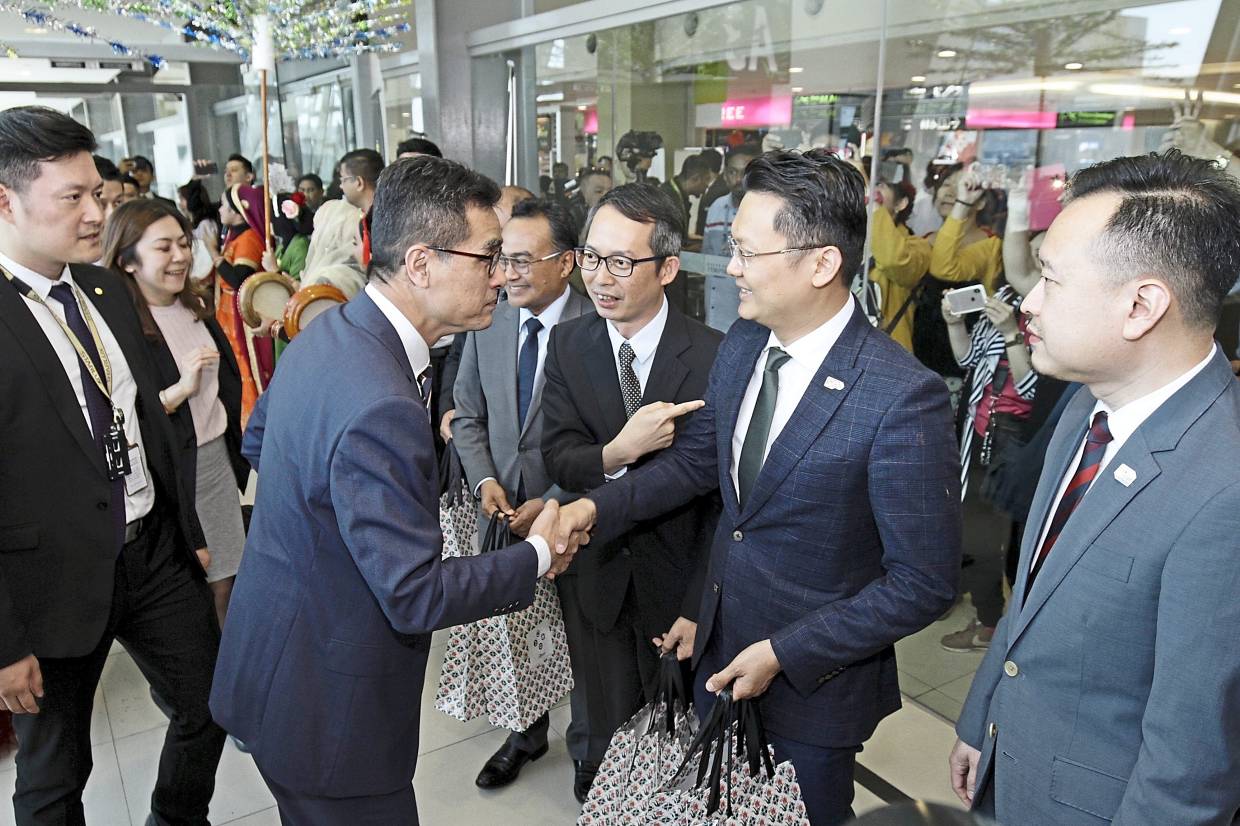 The Airbus A321neo with 188 seats features eight seats in business class and 180 in economy class.

“Each seat in both classes is equipped with a personal entertainment system featuring a 10.1-inch 720p screen, which is the first on narrow-body aircraft in Taiwan.

“Besides, Wifi service is also provided in both classes, ” he added.

“The commencement of a new direct flight route brings many benefits.

“These flight crew members can experience Penang and return to share with their relatives in Taiwan about the interesting attractions in Penang and Malaysia.

“As such, we hope that the crew members of Starlux Airlines will also be able to take this opportunity to experience the charm of Penang as a melting pot, true to its identity as The Diversity of Asia, ” he said in his speech.

The Starlux Airlines flights will take off at 3pm daily from Penang and arrive at TPE around 8pm while inbound flights will depart at 9.20am and land at PIA at 2pm.