(From sixth left) Whitford and Dr Asmayani with RUMC staff as well as Class of 2022 students at the white coat ceremony at Penang Hospital.

THE road to becoming a doctor is paved with ambition, discipline, and dedication as the saying goes, but perhaps above all, it begins with the right drive.

And this is what makes RCSI & UCD Malaysia Campus (RUMC) students stand out from the rest as on top of having students of academic excellence, the cornerstone of RUMC being a successful medical school lies not only in the education quality, but also in its students’ motivation.

RUMC’s class of 2022 entered the next phase of their journey as medical students after 112 aspiring doctors returned from Dublin, Ireland where they undertook their pre-clinical studies at the Royal College of Surgeons in Ireland (RCSI) and University College Dublin (UCD) for two-and-a-half years.

The clinical years in Malaysia will mainly comprise of the students receiving on-site training where they will interact with patients at Penang Hospital, Seberang Jaya Hospital and Taiping Hospital.

To commemorate this milestone, RUMC presented the students with white coats in a ceremony at the Penang Hospital recently.

While such a ceremony is usually held at the beginning of a medical student’s life, RUMC believes that this would serve as a reminder to its aspiring doctors to begin seeing themselves as doctors-in-training rather than as students.

RUMC president and chief executive officer Prof David Whitford said this is a day that signifies the transition from pre-clinical study to clinical medicine for these students.

“It emphasises the fact that your contact with patients will be more significant and this ceremony brings to the forefront the responsibility that goes along with that.

“RUMC (Royal College of Surgeons Ireland & University College Dublin Malaysia Campus) and the Health Ministry have been working together for the past 20 years in the education and training of medical undergraduates, ” he said.

RUMC utilises the Penang Health Department’s (MOH) healthcare facilities such as hospitals and health clinics for the education and training of its students.

“This healthy cooperation and collaboration between the MOH facilities in Penang state and RUMC augurs well with benefit realisation to both entities.”

“A two-year placement as House Officers will then follow suit.”

RUMC is a private medical university located in Penang.

It is owned and established by RCSI and UCD, two world-renowned medical universities in Ireland.

Established as Penang Medical College in 1996, RUMC was awarded university status by the Malaysian Ministry of Higher Education as a Foreign University Branch Campus in 2018.

This is one of the highest levels reached by a foreign-owned institution in Malaysia.

RUMC remains the only Irish university in the Southeast Asian region.

Students are recognised for practice in the United States, Canada and other countries by the Educational Commission for Foreign Medical Graduates and Foundation for Advancement of International Medical Education and Research.

The institution is listed as an Irish medical school in the World Directory of Medical Schools. WHO provides medical supplies to Cambodia for Covid-19 fight 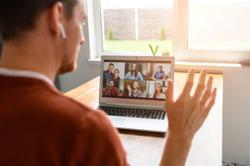