A scene from the movie The Garden Of Evening Mists starring Lee Sinje and Abe Hiroshi.

HISTORICAL drama The Garden of Evening Mists tugged at the audience’s heartstrings during a special screening at Golden Screen Cinemas (GSC) in Gurney Plaza, Penang.

The flick by Taiwanese director Tom Shu-Yu Lin, adapted from Malaysian novelist Tan Twan Eng’s critically acclaimed 2012 book of the same name, is set mainly against the beautiful scenery of Cameron Highlands during the Malayan Emergency.

Having narrowly survived the Japanese atrocities of the Second World War, law graduate Teoh finds herself working to bring war criminals to justice.

Trying to fulfil her late younger sister’s wish of building a Japanese garden, she went to the highlands both for solace and to seek out Aritomo, a gardener of some repute.

Aritomo takes Teoh as his apprentice, and with each meticulously positioned rock, tender feelings begin to develop as the pair gradually shared secrets of their pasts. 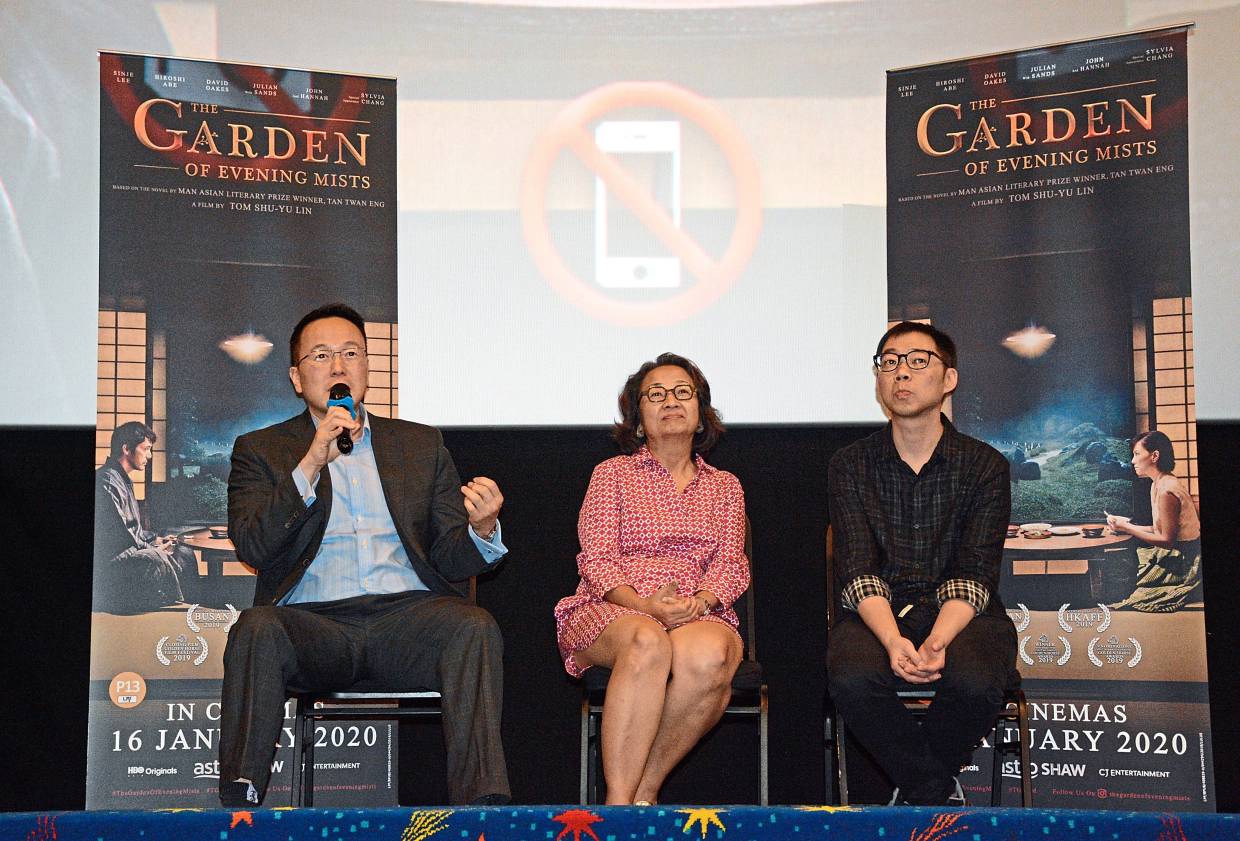 Tan (left) answering questions from the audience. With him are Tom (right) and event facilitator Ooi Geok Ling.

The film was produced by Astro Shaw and HBO Asia with support from the National Film Development Corporation Malaysia (FINAS) in association with CJ Entertainment.

Twan Eng and Tom were both present for the special screening recently.

Both men paid tribute to the largely Malaysian crew that brought the film to life, and also spoke about their motivations and experiences in telling the tale.

“I’ve always been interested in telling Malaysian stories so more can have an interest in this part of the world. The film resonated with viewers in Hong Kong and Taiwan, and I hope Malaysians will come out to watch it too,” Twan Eng said.

The Garden of Evening Mists had a sold-out premiere at the 24th Busan Film Festival, and was also screened at the 16th Hong Kong Asian Film Festival.

It received nine nominations at the 56th Golden Horse Film Festival (a first for a Malaysian film) and won one for Best Makeup and Costume Design.

Penang-born Twan Eng, the first Malaysian recipient of the Man Asian Literary Prize, said the film was a beautiful piece of work that stayed true to the story he penned. 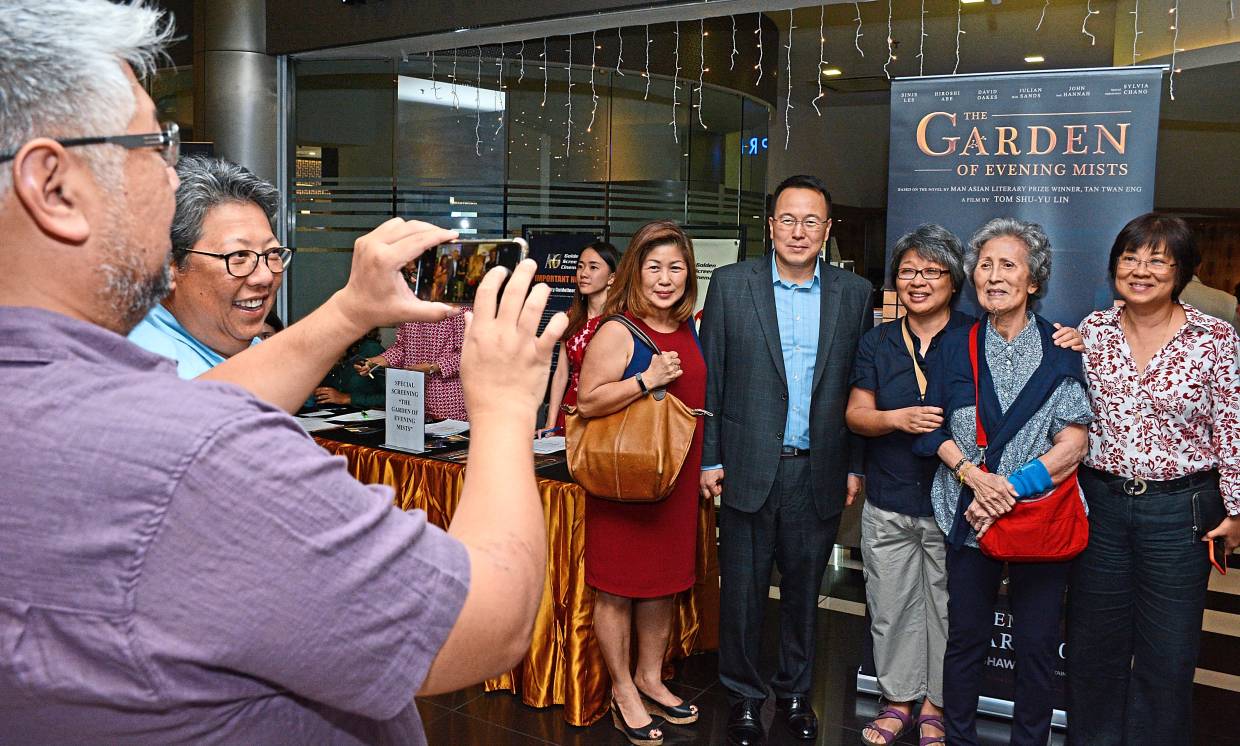 “When I sold the rights to the film, I made a conscious decision to let go. But I’m incredibly lucky to have Tom as director, who’s shown great sensitivity, nuance and restraint in telling the story,” he pointed out.

Recalling the moment he received a message from Twan Eng saying he had watched the film, Tom quipped, “It took me a while to muster the courage to read the message. I even had an answer prepared in case he did not like it. But I’m glad he loved it.”

Being a foreigner, Tom said the biggest challenge was getting the historical parts right. There is always two sides to any story, and he would defer to those who knew better.

He was particularly sensitive about not recreating hatred, especially with scenes depicting Japanese labour camps where atrocities were committed.

“Filmmaking is a highly collaborative effort. Like Twan Eng trusted me with his story, I was also able to trust my crew’s professionalism and judgement. I had a great Malaysian team around me.

“In a sense, it is a very Malaysian movie,” the director added in response to questions from the audience, whom he also signed autographs for.

Twan Eng is also set to make an appearance at Jetty 35 in Weld Quay for a book signing and reading session between 8pm and 10pm today.

It is presented by Gerakbudaya Bookshop and Hikayat. Tickets to this event are priced at RM10 (entitling the holder to a RM10 discount on the purchase of the book).

The Garden of Evening Mists opened in Malaysian cinemas yesterday.