Taiwan-based, Malaysian actress Lee Sinje, best known for her work in The Eye, relishes the chance to tell a Malaysian story. Photos: Handout

It is only natural for an author, whose book is being brought to life on the big screen, to feel nervous about the tweaks and changes that must come with any cinematic adaptation.

Will the film stay true to the book’s events? Will it honour its spirit?

More so when the book in question is Malaysia’s first novel to be shortlisted for the prestigious Man Booker Prize – The Garden Of Evening Mists.

After holding his breath for the past year or so since the adaptation was announced, author Tan Twan Eng can finally breathe easy.

“They’ve done a very good job in condensing the book’s complicated plot into a two-hour film. They’ve actually intensified the focus on some of the themes, which I thought were very cleverly done, ” says Tan in a press event promoting the film, also titled The Garden Of Evening Mists.

In fact, Tan says he was so impressed by the film, he’s seen it five times!

Moved by this seal of approval, Taiwanese director Tom Lin, who was also present at the event, turns to Tan and says: “Thank you for saying that.” Set in the 1950s, The Garden Of Evening Mists takes place among the rolling hills of Cameron Highlands, where a Japanese gardener Aritomo (Hiroshi Abe) resides. While working on his latest garden Yugiri, or “evening mist”, he gets a visit from lawyer Yun Ling (Lee Sinje).

Yun Ling is burdened by a painful past. Her sister Yun Hong (Serene Lim), who’ve always loved Japanese gardens, was tortured and killed at a Japanese internment camp right before her eyes a few years earlier.

Determined to build a Japanese garden in Kuala Lumpur in memory of her sister, she seeks the help of Aritomo. He turns her down, but offers to show her the ropes so she can build it herself.

Lin, who is known for critically-acclaimed works in Taiwan like Winds Of September and Starry Starry Night, admits helming the project felt daunting at first as he wasn’t familiar with Malaysia and its history.

To fully immerse himself, Lin shares he spent close to a year living in Malaysia: “I wasn’t just another tourist that came, looked and then left.

“I feel braver now. In the future, I probably wouldn’t be daunted by projects like this that take place in other countries.” Protagonist Yun Ling seeks the help of a Japanese gardener to help build a garden.

Meanwhile, actress Lee, who plays Yun Ling, shares she sees a bit of herself in her character.

“No matter what happens in our lives, we are both very strong women, ” the 43-year-old reflects.

“And we take love very seriously - whether it’s the love between family members or romantic love. Once we fall in love, we devote ourselves 100%. So when I first read the script, I could identify with Yun Ling, ” the Malaysian actress adds.

To help her embody the role, she watched a lot of documentaries depicting the atrocities that took place at civilian internment camps during the Japanese occupation.

“The pain is very deep, ” says Lee about what she felt when she watched the documentaries. “But I really had to feel that pain and collect it for the role.”

Lee, best known for her performance in popular horror flick The Eye (2002), adds filming the scenes at the internment camp was a memorable experience.

“Once I had my hair, makeup and costume done, although the beating and so forth were fake, it began to feel very real.” 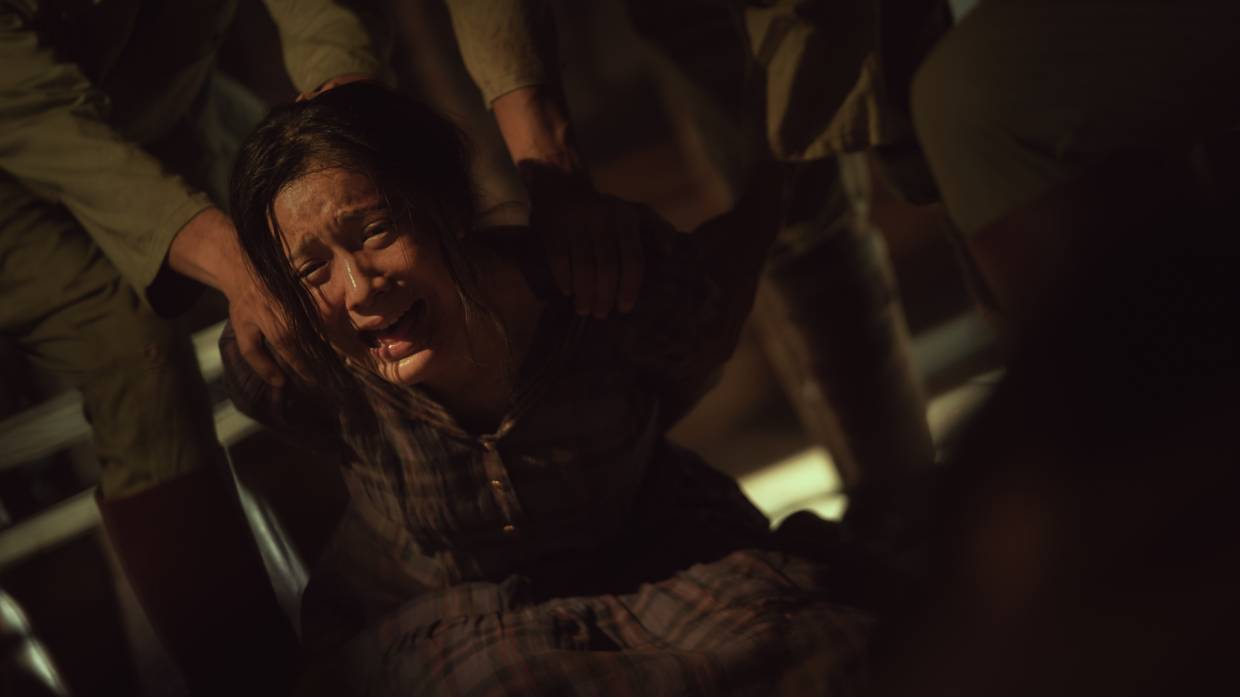 The Garden Of Evening Mists received nine nominations at the Golden Horse Awards.

After all that hard work, did Lee manage to live up to the author’s vision?

“I care a lot about what Twan Eng thinks about my interpretation of Yun Ling. He texted me and said he teared up watching my performance. I was very touched, ” Lee says.

Tan isn’t the only fan in the room. Revered Taiwanese actress Sylvia Chang, who plays an older version of Yun Ling, was also impressed by Lee’s portrayal.

“I enjoyed her. I just wished I was 30 years younger so I could play her part, ” Chang remarks, drawing laughter from the room.

The film received nine nominations at the Golden Horse Awards last year, and won one for Best Makeup And Costume Design.

The Garden Of Evening Mists premieres at cinemas nationwide Jan 16.