By M. SIVANANTHA SHARMA
MOTORISTS near Penang Bridge toll plaza slowed their vehicles on seeing a ‘chemical spill’ following an accident involving a bus, a tanker transporting ammonia gas and a police lorry.

In the 10am incident on a weekday, the bus broke down near the toll plaza on the mainland-bound lane.

As the passengers got down and were waiting for another bus, the tanker that was approaching suddenly careened out of control due to a burst tyre and slammed into the bus.

A police lorry behind the ammonia tanker crashed into it, causing a plume of yellow smoke to leak out from the tanker.

The two policemen in the lorry inhaled the gas and passed out. The tanker driver was killed at the scene while 17 bus passengers were injured.

A Hazmat team rushed to the scene as the story unfolded as part of a drill to test the team’s preparedness in handling a major road emergency involving a chemical spill.

About 300 security and enforcement personnel from 13 agencies including the Malaysia Highway Authority (LLM), PLUS Expressways Berhad, the police and firemen took part in the recent Chemical Leakage Disaster Simulation Training.

PLUS northern regional business manager Wan Ahmad Awang said staff members of PLUS had to stay on their toes to be effective in the face of unforeseen incidents.

“Such simulation exercises need to be implemented so that the results can be used as a reference and guide in case of unforeseen events,” he said in his speech before the training commenced.

Wan Ahmad said the objective of the training was also for the rescuers to analyse their actions and make improvements to their rescue techniques. 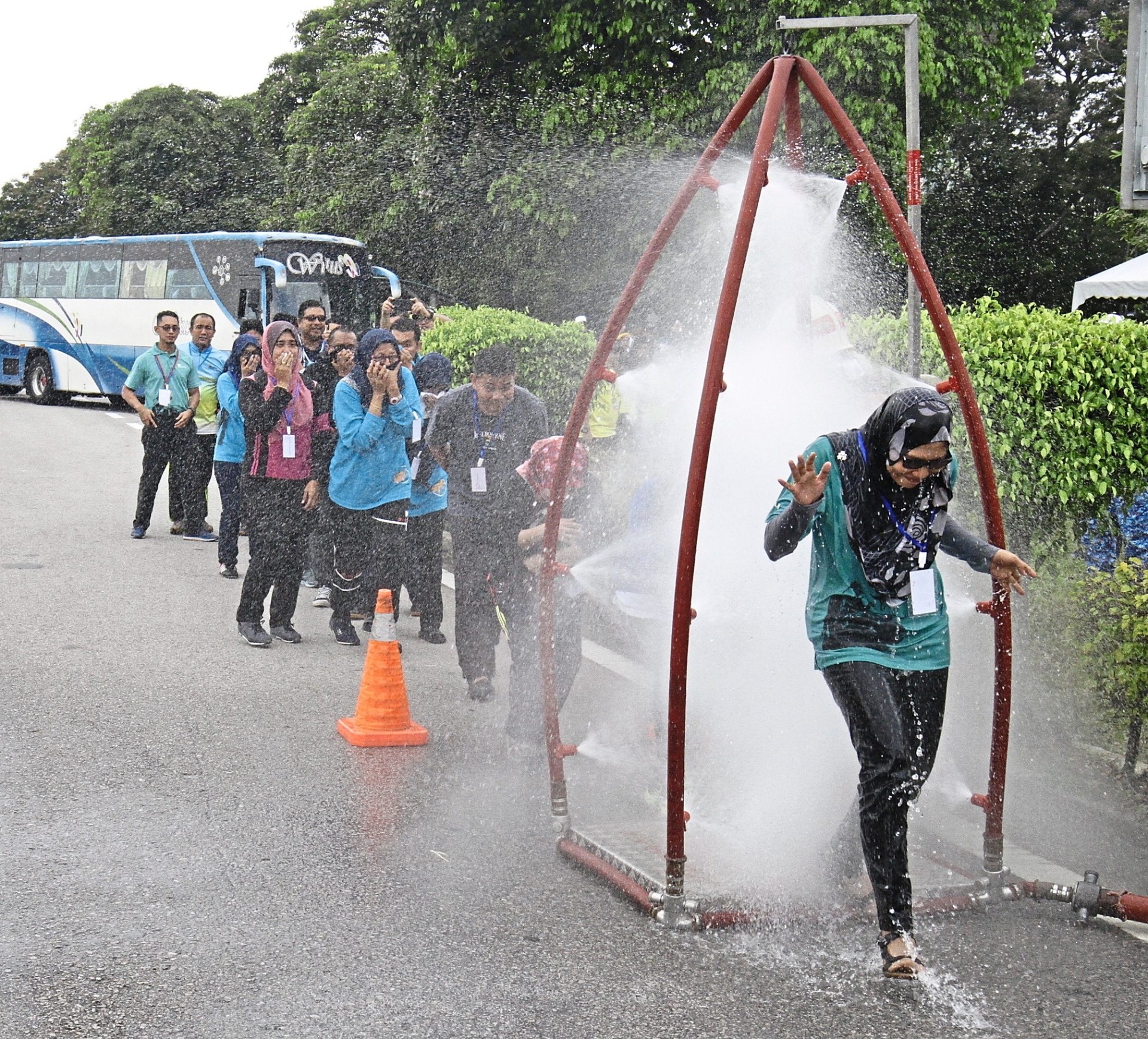 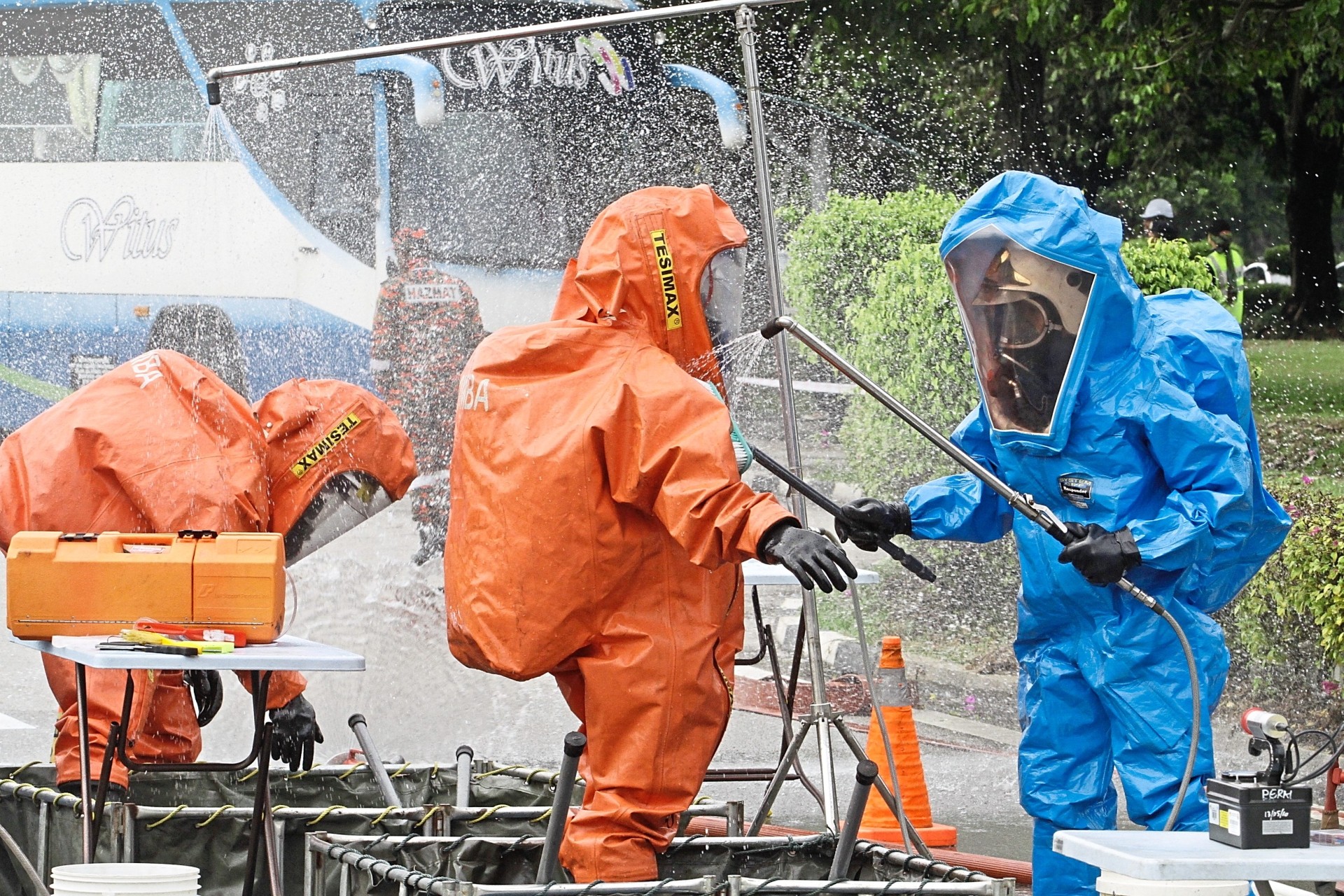 An accident survivor being assisted by firefighters at the scene.

The bus passengers queuing up for a shower to remove traces of chemicals from their bodies during the simulation exercise. — Photos: CHAN BOON KAI/The Star

Rescuers in Hazmat suits spraying water on their suits to remove chemicals during the drill near Penang Bridge. (Far left) Yellow smoke escaping from the tanker at the simulated crash scene involving three vehicles.

Emergency response team members attending to one of the victims.