Spooked out fun for radio listeners

The 31-year-old sales manager who participated in the 988 Halloween Costume Party contest was among 15 winners selected to attend the party at The Deceased bar in Jalan Sultan, Kuala Lumpur.

“I wrote in to the contest saying that I wished to play a prank on Danny, who is one of my favourite DJs.

“Since young, I had been listening to his songs and liked him a lot.

“Lady Luck was really on my side when I was told I had won, as it was my first time participating in such a contest, ” he said. 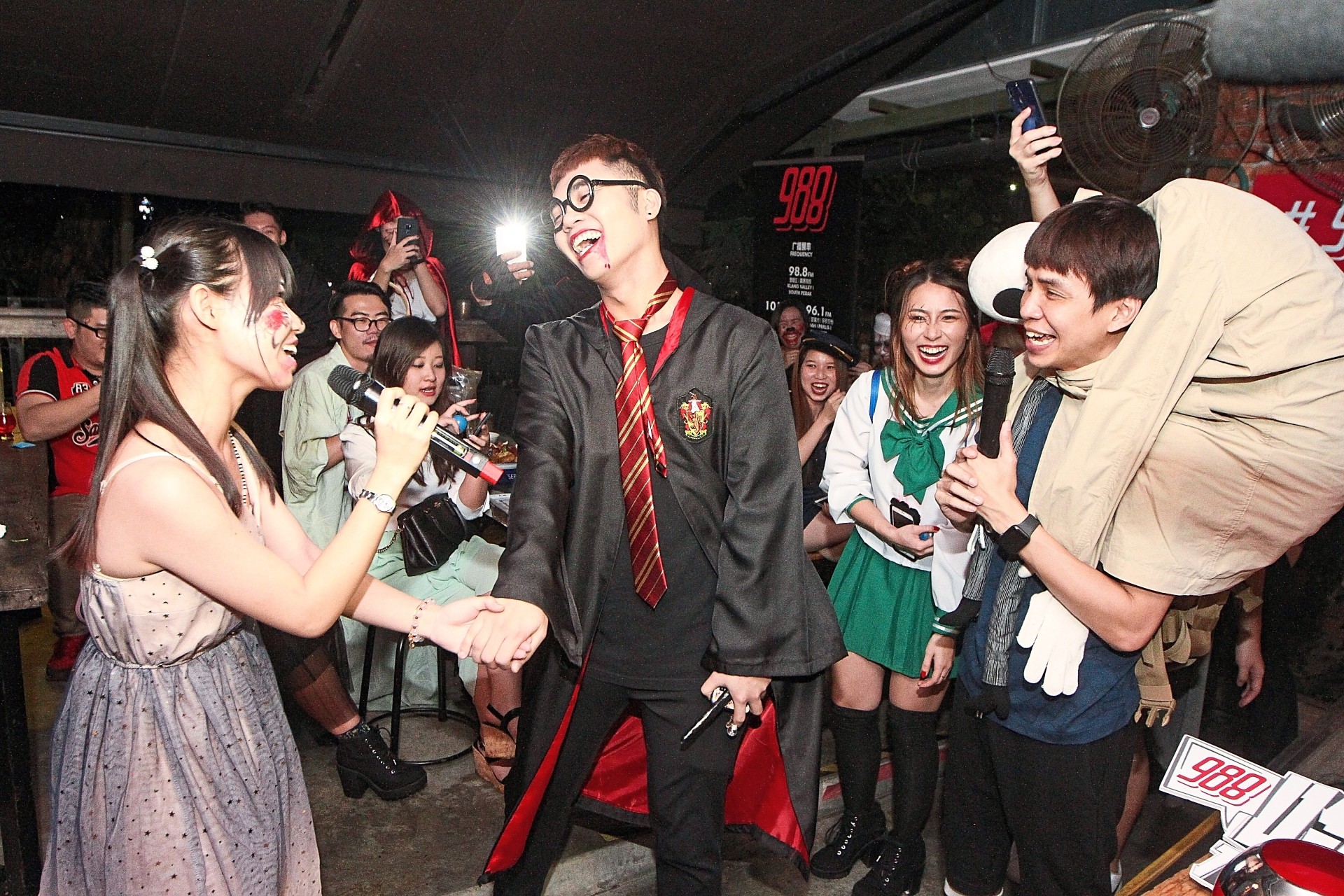 Chew (middle) being serenaded by a listener (left) with Cassey (second from right) and Danny One (right) cheering them on.

Wong came with his wife Jessie Soo and both of them dressed in matching traditional Chinese ghost bridal costumes.

988 marketing and talent management manager Edmund Lai said the party was a way to thank loyal listeners for their support.

“We wanted to give our listeners a chance to get face to face with our DJs after having listened to their programmes on the radio.

“Since it is October, it is only fitting to organise a Halloween party where all of them can enjoy the festivity, ” he added.

The contest was held online and via WhatsApp where listeners with the most creative answers for what costumes they would like to wear to scare the DJs at the Halloween party were selected as winners. 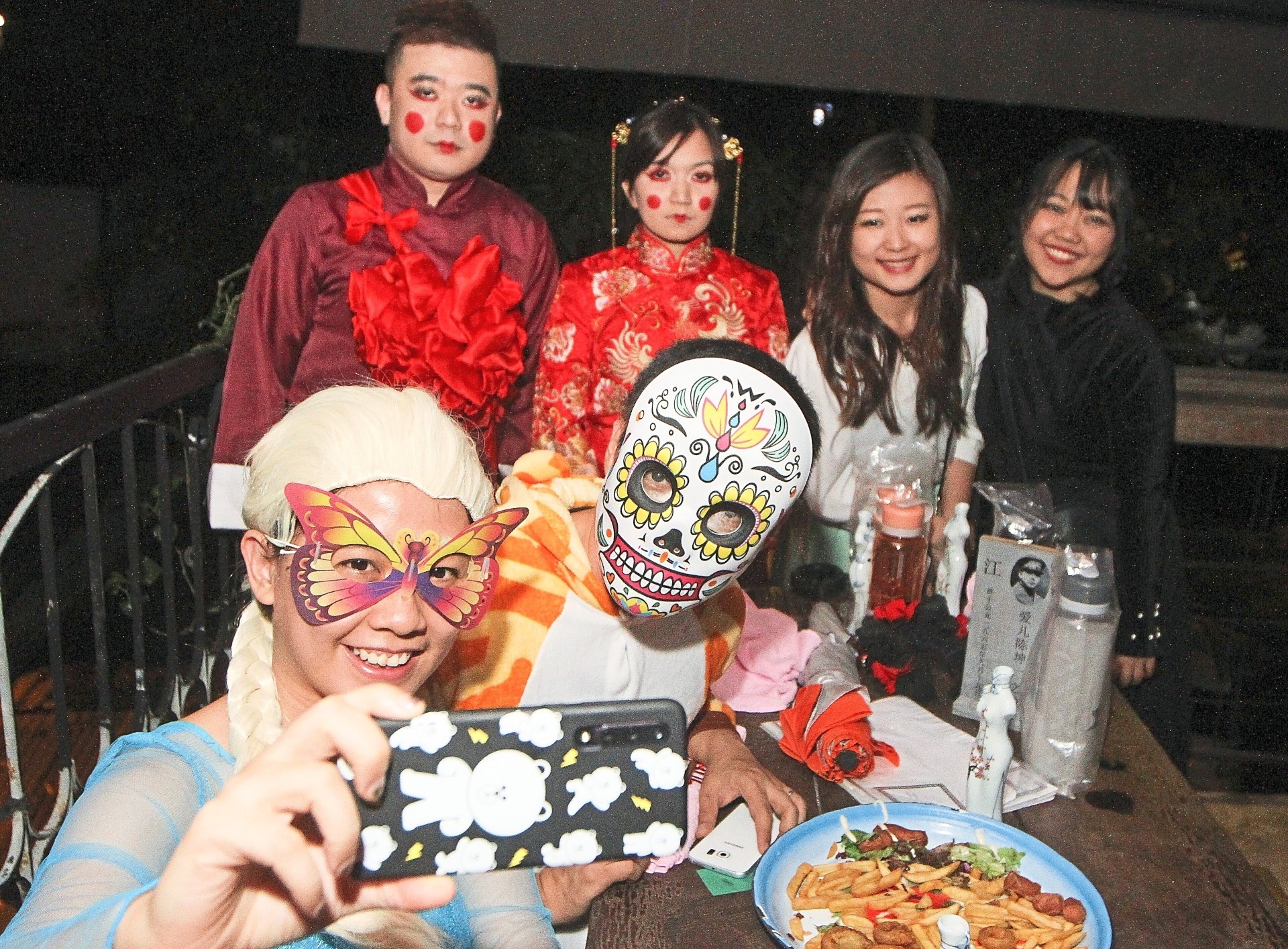 Winners were allowed to bring a guest to the party.

Another listener, Euwin Tan, 34, initially wanted to dress up as the twins in the famous horror movie The Shining but opted for a more horrifying The Nun costume instead.

“I was excited when I was told I had won and started sourcing for horror costumes, since I am a big fan of that movie genre.

“It was a bonus when I found out the venue as I had been wanting to visit this speakeasy bar, ” she said.

Tan was accompanied by her friend Annie Lee, 27, who came as Joker in a red costume. A total of nine 988 DJs joined the fun fully dressed in Halloween costumes inspired by horror and sci-fi shows such as Star Wars, Scream, Dragon Ball and the Harry Potter series. 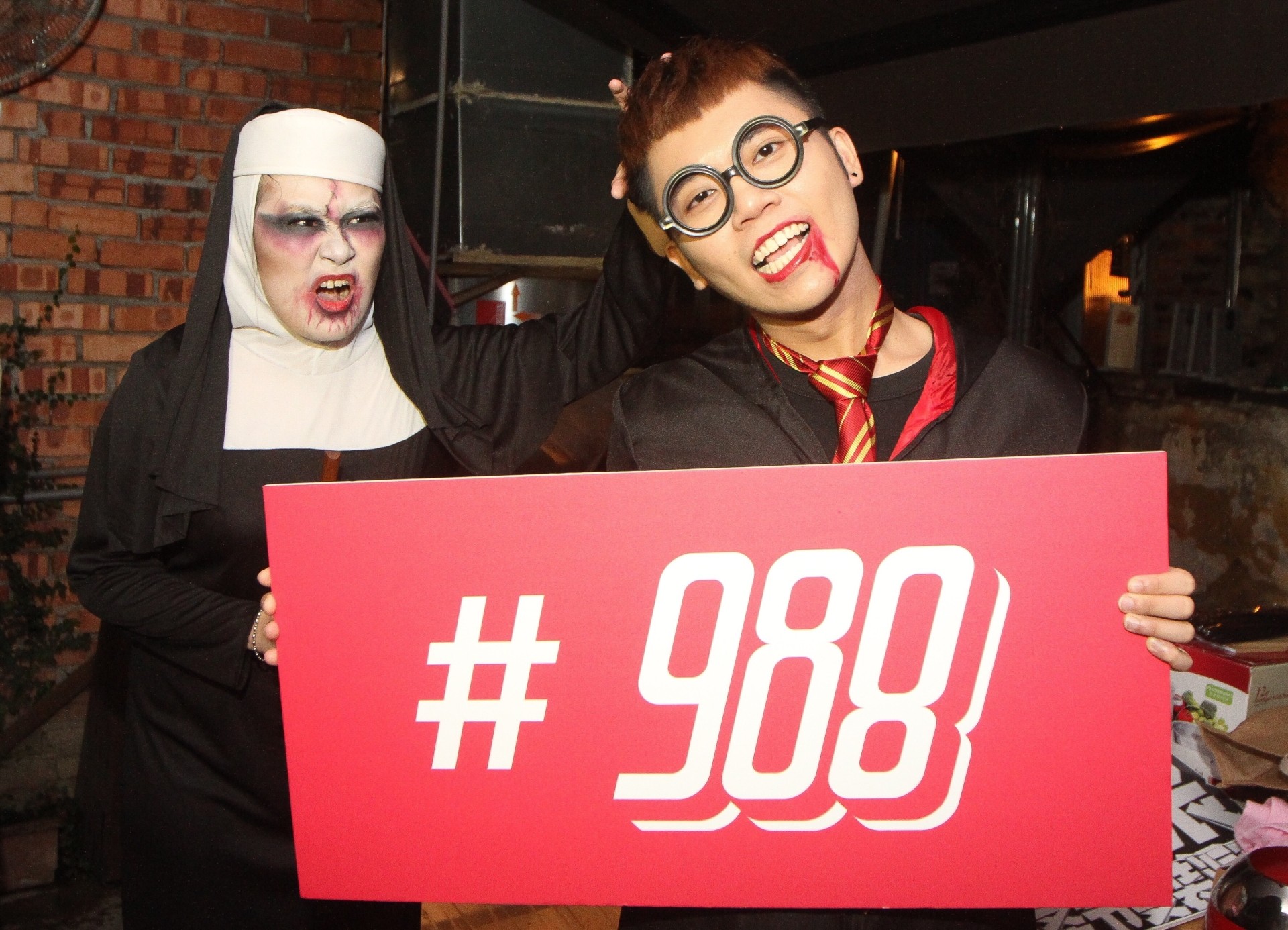 Chew (right) and 988 listener Tan who won the grand prize during the best dressed session.

DJs Danny One and Cassey Soo hosted the event with several party games where listeners could interact with the deejays.

During the best dressed session, Tan struck a frightening pose with DJ Brandon Chew and walked away with the grand prize.

The listeners mingled with the DJs and took photos together while enjoying snacks from the bar.