The Sons of Adam pay tribute to Carlos Santana at Level 9 on July 27 as part of Race Two, Lap Two of Karamjit Singh’s Rally Thru The Valley of Rock.

Tel: 03-6201 0318 Backyard has been kicking out the jams for over two decades and shows no signs of slowing down on the action. Monday nights are usually pretty low-key but there is definitely more in store as the week rolls along.

Serving up a double-header, Bats does not disappoint. Downstairs, the Bistro is open from 8am for an all-day-dining experience, while upstairs, in the Club, the stage is set for some magical fun after dark when the bands live it up. Monday nights are DJ nights so there’s no band but what they have will not fail to disappoint.

Another new hotspot in the heart of Kelana Jaya, with a lounge-like feel and comfortable seating all around. A great place to chill out, and there’s live music most nights, with a selection of bands carefully curated by Mizan to set the night on fire.

It’s back to the regular programming but that doesn’t mean it’s going to be a boring night out as Ten keeps it crazy from the stage.

Online is one of those special places where your cares seem to just melt away on taking your first step inside. Chekdet entertains on Monday evenings.

Where Else is a hotspot for pool that also knows how to keep the party beats alive with musicians appearing on stage. Now, the Bluez Bugs get into the thick of things on Monday nights as they rock the crowd.

Tuesday nights in Afterwerk are for couples with 2 For The Road taking the stage to spice up the evening.

Tuesdays are going to be a fun night out in Bats with Sherman Tan bringing the forces of K-Oz home to roost in Bats from 9.30pm onwards. Expect everything from evergreen numbers to today’s top hits, delivered in a way that only Sherman and his crew know how to do.

For something a little different, explore some Cantopop vibrancy with the Duo out in Old Klang Road.

It’s Ladies Night in the heart of Bangsar and Bats has just the band to keep the party going. Kaya is on stage for a blast.

Another new hospot in town, the Red Penguin is just starting up but it has some good vibes on offer. Wednesday nights see the veteran Victor M on stage in the heart of TTDI.

It’s all about the blues on Wednesday nights in Where Else, with some great things happening from the stage.

Sherman Tan and K-Oz are back in the saddle for more of their familiar favourites.

On Thursday nights, be sure to join 9 Lives as they team up with veteran showman Arab to set the night on fire in Petaling Jaya.

The MIB band are in the house to provide a dose of Bornean magic on stage. 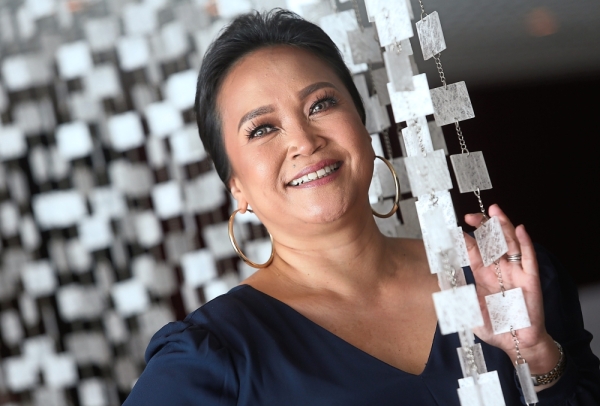 Rachel Guerzo sings out strong with some great jazzy vibes at Alexis KL.

Tel: 03-4260 2288 Next week, it’s pretty much the regular fare at Alexis but fans of Elton John can look forward to July 26 when ROZZ is in the house to pay tribute to the Rocketman.

Friday nights are made for fun with the Fame’d project band getting into the groove in Telawi’s party zone central.

Soul Statue rules the stage in Hangover PJ every Friday. Fresh from the launch of their first EP, the band is thrilled to keep on rocking.

For a dose of rocking good fun, head down to Ten for the Eurasian Trio as they rock the vibe in a way that only they can.

On Friday nights, it’s more rock and blues as a selection of bands plays it up on rotation in the heart of Sunway.

Tonight, Rachel Guerzo keeps it real in the heart of Ampang as she joins her trio for a night of jazzy vibes.

Soul Statue is back in the house for their regular Saturday night gig in the heart of Sri Hartamas.

It’s not just a rugby club but also a place to chill and unwind.

Two more Saturdays left to catch the Hillary Ang Project on stage, as the legendary guitarist pulls out a stop alongside some of his friends.

Legendary rally driver Karamjit Singh knows a thing about rock and roll so when he decides to put together a series, you know it’s going to be fun. Tonight, Karamjit’s Rally Thru The Valley of Rock Race Two, Lap Two continues in Subang with a special tribute to Creedence Clearwater Revival, or CCR as some of you might know the band as. The Band of Brothers will be pulling out all the stops to get some country rock grooves going on. On July 27, the Sons of Adam will be featured as they pay tribute to another legend, Santana, as the go the Latin-themed rock route.