Mandatory for FT Minister to be YWP chair, says Khalid

He said YWP was a company limited by guarantee without share capital.

“None of the members on the board of trustees are shareholders and profits do not benefit any parties, except the people in Federal Territories.

“YWP is the welfare arm of the ministry, established in 1986, to receive and manage funds to improve the quality of life of the poor through financial assistance and services related to welfare, health and education,” he said at the very first YWP's press conference on Tuesday (June 11) since its establishment.

Khalid said among the areas YWP focused on were education, economic, social, religion and technology, with an overall budget of RM12mil allocated this year, out of which RM2mil had been spent so far.

“The abolishment of YWP will affect the people as it is the only platform for the ministry to have welfare events in the absence of a state government.

“There are also 11 other similar foundations across the country, chaired by Menteri Besar and Chief Minister. The latest being Penang Future Foundation established in 2015,” he said. 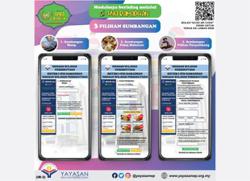 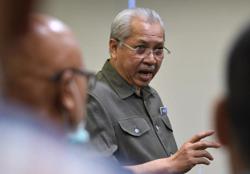 No Ramadan bazaar this year, not even via drive-thru or e-hailing