KUCHING: Sarawak is looking into the potential of coffee to be developed as a major product, said Deputy Chief Minister Datuk Amar Douglas Uggah.

He said coffee planting had been recorded in the state’s history as early as 1867 during the Brooke era, while in more recent times the Agriculture Department had encouraged farmers to plant coffee.

“In 1982 coffee seedlings were distributed to selected farmers in the Serian district.

“However, coffee lost its position to oil palm, rubber and

pepper and the acreage was not able to increase as envisaged,” he said when announcing the upcoming Borneo Coffee Symposium here.

With its abundance of fertile land, Uggah said Sarawak had the potential to develop coffee planting.

He said the state currently produced 20.7 tonnes of coffee from 247ha, mainly in Miri and Limbang divisions.

“This year the state government is giving RM3mil to support the coffee industry.

“We hope this will be able to enhance and develop the coffee industry in Miri, Limbang, Kuching and Mukah,” he said.

Uggah added that coffee could help farmers to diversify their crops in view of the current low prices of commodities such as oil palm and pepper.

“We have a number of crops in mind to diversify the income of farmers, including banana, pineapple and durian, and now we are looking at coffee and coconut,” he said.

On the coffee symposium, Uggah said it was the first of

its kind to be held in Kuching, bringing in coffee experts who will share their knowledge on sustainable coffee cultivation.

“This event has the potential

to catapult Sarawak as a

of the major products for Sarawak.

“We hope with this symposium will be more understanding of the coffee industry and how to develop coffee in Sarawak,” he said.

symposium will take place at

the Old Courthouse here from April 6 to 7. 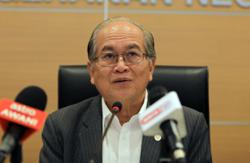 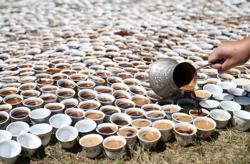