A new fire station of their own

THE Sri Tanjung voluntary firemen in Penang now have a station to call their own thanks to Ideal Property Group.

Group chairman Ooi Hock Keong said the developer took over the construction of the two-storey building in Weld Quay in May 2017 after the initial project was halted due to a lack of funds.

“The idea was mooted in 2012 to have our own station as we had been operating without a base since we started in 2009.

“We managed to raise the funds but the construction had to be halted midway as we could not cover the increased cost. 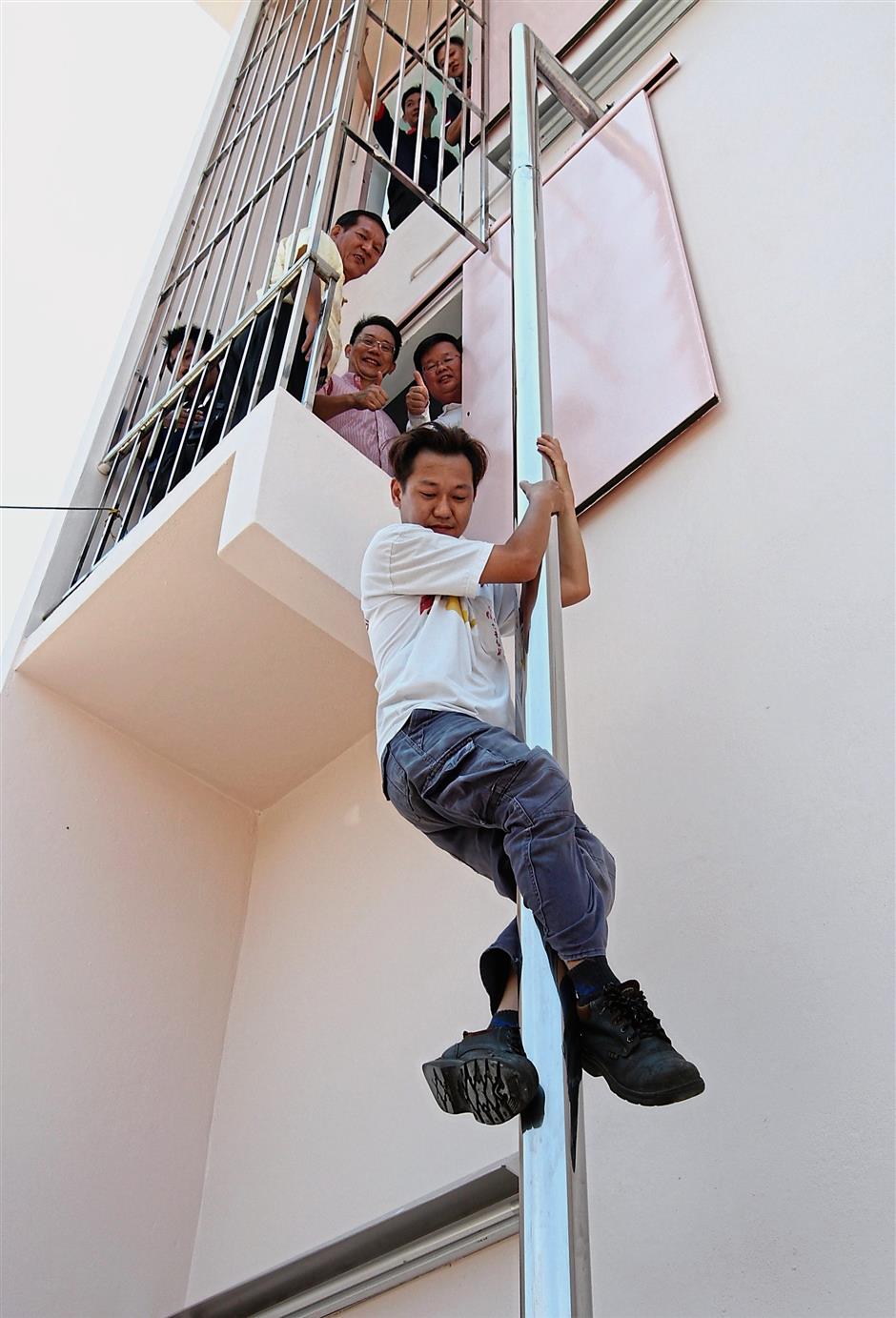 (From left) Hock Keong, Alex and Chow Kon Yeow watching a firemen demonstrate how to slide down the pole at the newly completed fire station at Weld Quay. — Photos: CHIN CHENG YEANG/The Star.

“Ideal then came to our aid and we are grateful. Now, we have a place to call home,” he said in his speech during the key handover ceremony at the station in Weld Quay recently.

Then Local Government chairman Chow Kon Yeow, who was the guest of honour, thanked Ideal for their help.

“They were operating without a building and using their captain’s house as their base.

“They then approached the state for a plot which was granted through a temporary occupation licence,” he said.

The fire station can accommodate two fire engines on the ground level while the upper level has a conference room.