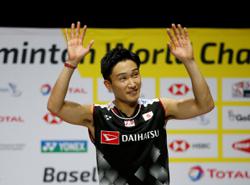 Deverall (standing, centre) and Treadell (in green blouse) celebrating with the winners, finalists and ambassadors at the Study UK Alumni Awards 2018 presentation ceremony.

MALAYSIAN UK Alumni were recognised for their outstanding achievements as business professionals, entrepreneurs and community leaders at the Study UK Alumni Awards 2018.

Prior to the presentation ceremony at the British High Commissioner’s residence in Kuala Lumpur, nine finalists were selected by a judging panel after in-depth interviews for three award categories – Professional Achievement, Entrepreneurial and Social Impact.

Bagging the award for the Social Impact category was Dr Yoong Sao Chin, a graduate of London School of Hygiene and Tropical Medicine, for his exceptional contribution to creating positive social change.

He thanked British Council for the award as it provided the opportunity for humanitarian works to be recognised.

Dr Yoong is also director of the Crisis Relief Services and Training Bhd or CREST, a non-profit faith-based humanitarian organisation.

He has been helping orang asli and refugees for about 30 years, and working on the disaster field for the last 13 years.

“I first participated in a mobile medical camp for Sarawak’s Penan tribe in 1990,” he said, adding that his first humanitarian mission in the disaster field was to Nias Island in Indonesia, following a 8.6-magnitude earthquake in 2004/2005.

“Humanitarian works are not just for medical practitioners, but also for members of the public who want to help.

“We are all ordinary people trying to do our best to respond to disasters to help the less fortunate communities,” said Dr Yoong, who also runs a clinic in Ipoh.

Dr Tay Feng Huai, a chemical engineering graduate from Imperial College London who was awarded in the Entrepreneurial category, has played a leading role in business innovation.

Upon returning to Malaysia with his wife Goo Xin Yi, also a chemical engineer, both of them rolled out Elite Advanced Malaysia to sell locally made high-quality chemical products to industries such as healthcare, pharmaceutical and electronics.

“Malaysia is a country with lots of resources and commodities, but many companies are buying raw materials overseas at a much higher price.

“We thought if we could do it locally, we could create a positive impact on the local industries here and change the way things were done, by sourcing low-value raw materials, purify it and then sell them at a lower price compared to imported materials,” said Dr Tay.

Teo Ee Von, an alumna of the University of Manchester and Manchester Metropolitan University, was named the recipient of the Professional Achievement Award, which recognises alumni who have distinguished themselves through exemplary leadership in their professional field.

Teo, who was represented by 2017 award recipient Mary-Ann Suan Kim Ooi in her absence, has had an illustrious career so far as a partner at Wong & Partners and earned multiple awards for her involvement in high-profile corporate mergers and acquisitions.

She was also nominated for the Malaysian Young Lawyer of the Year in the Asian Legal Business (ALB) Malaysia Law Awards 2017.

Country winners will compete at the regional level in March and stand a chance to proceed to the global level in April.

“The remarkable individuals whose achievements we acknowledged at the Study UK Alumni Awards in Malaysia all embarked upon their UK education as a starting point to excel in their chosen careers and shape the world around them.

“I am delighted that we have been able to bring the awards ceremony to Malaysia for the second time.

“This celebration is testimony not only to the diversity of talented UK alumni and their endeavours, but also to the transformative impact of a UK education, said British Council Malaysia director Sarah Deverall.

Award winners and finalists are leaders in their fields who have used their experience of staying at a UK university to make a positive contribution to their communities, professions and countries.

This year, Malaysia is the first country to host the awards, followed by award ceremonies in 12 other countries, including Ghana, Pakistan and the United States. 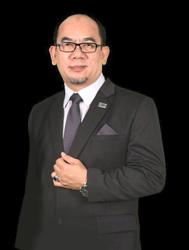