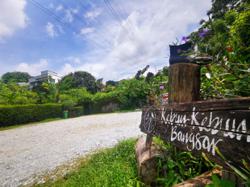 A DISCUSSION will be held between the Kebun Kebun Bangsar proprietor and Kuala Lumpur City Hall (DBKL) to ensure the type of activities at the Bangsar community garden comply with the law.

While the existing landscapes will be preserved, permanent structures must be demolished, and all livestock removed from the land plot.

The planting of permanent trees is also prohibited, alongside any big recreational events, to comply with safety aspects outlined by the Tenaga Nasional Berhad.

The Federal Territory Lands and Mines Department (PTGWP) said this in a statement on Wednesday (June 29), as a follow-up to its statement a day earlier.

On Tuesday (June 28), it announced that enforcement was made against the community garden for violating the terms of temporary occupation licence (TOL).

This licence, issued for a nursery, prohibits the farming of livestock and certain types of crops, in addition to building permanent structures.

PTGWP also said that it received complaints from locals who were uneasy with the operation of the farm.

"Approval was granted by the Kuala Lumpur City Hall (DBKL) for the community garden to be used as an urban nursery.

"On May 21, 2020, the operator applied for another TOL with PTGWP, after which an investigation was conducted at the site.

"It was found that there was a violation of the terms, after which the operator was ordered to make the necessary improvements but failed to do so," it said.

PTGWP noted that a meeting on March 15, 2022, had agreed, in principle, to make DBKL handle all TOL applications for nursery purposes.

This meant that such applications can no longer be made directly to PTGWP but must instead go through the City Hall.

"This is to ensure that all activities carried out on government land achieve their objective and comply with the requirements," it added.

In a related development, Lembah Pantai MP Fahmi Fadzil, said a letter had been sent to the Federal Territories Ministry, urging for the eviction notice to be withdrawn.

"Kebun Kebun Bangsar brings joy to many, it should be allowed to stay," he wrote on Twitter. 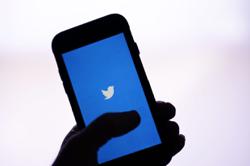