PETALING JAYA: The new liquor licensing guidelines issued by Kuala Lumpur City Hall (DBKL) are not meant to restrict the sale of liquor in the city but to regulate the availability of hard liquor in certain premises, says the Excise Licensing Board of the Federal Territory of Kuala Lumpur (ELBKL).

Its chairman Datuk Lau Beng Wei said that the plan to restrict the sale of hard liquor in sundry shops, convenience stores and Chinese medicine shops starting next year would help control the sale and purchase of such liquor in terms of its location, type of premises, and the time of sale.

“The guidelines allow liquor to be sold at premises such as pubs, bars, lounges, restaurants as well as supermarkets and hypermarkets in commercial complexes.

“Also, pure or mixed liquor products categorised as traditional medicine by the Health Ministry (MOH) can still be sold at Chinese medicine shops, ” he said in a statement Friday (Nov 20).

He added that Chinese medicine shops that intended to sell other types of liquor could still apply for permission from MOH, with justification for their sale, and DBKL would have no objections if MOH confirms the type of liquor.

“Temporary liquor licences can also be issued for promotional activities, events that serve beer and liquor as well as during festive seasons, ” Lau said, adding that beer would still be allowed to be sold at sundry shops, convenience stores and medicine halls subject to certain conditions.

He also said that several workshops and meetings had been held with relevant agencies such as MOH, the Federal Territories Ministry, Customs Department, the police, Malaysian Institute of Road Safety Research (Miros), Federal Territory Islamic Religious Department (Jawi) as well as non-governmental organisations, in preparing the guidelines.

On Monday (Nov 16), DBKL issued new guidelines on the criteria for liquor licence applications and that existing sundry shops, convenience stores and Chinese medicine shops that sell hard liquor could only renew their liquor licence until Sept 30 next year. 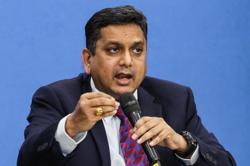