In Alaska, if you’re lucky you can watch a bear catching some salmon. — ROLAND JUNG/Visit Anchorage/dpa

Biathletes and ski jumpers once competed in Whistler Olympic Park. The facilities were built in the middle of the forest in the Canadian province of British Columbia. But you’ll probably visit for another reason – to go black and grizzly bear watching, as part of a tour.

Those who get up early have a good chance of seeing one. “It’s completely a matter of luck when, where and how many bears you get to see, ” says Joel Lycklama of tour operator Whistler Photo Safaris.

The guide is ready with his off-road vehicle at six o’clock in the morning. It goes uphill and downhill, through dense forest. But there isn’t a bear in sight. As the group is about to make their way back, movement can suddenly be seen in a large field full of wildflowers. A mother bear and her two cubs are eating and playing.

The mum doesn’t allow herself to be disturbed by the tourists.

”However, if you had seen them when on a hike, you would have to be careful, ” says Joel Lycklama. Bears, like this black bear in Whistler, Canada, are always on the lookout for food. — MIKE CRANE/Tourism Whistler/dpa

Wait, isn’t this dangerous?Mothers in particular can be aggressive as they protect their children. Bear spray and a bell are essentials.

As a hiker, it’s best to keep calm and make yourself noticeable by making loud noises. “As a rule, the bears run away on their own.”

Anyone who actually gets attacked by an angry bear stands almost no chance: Black bears are fast runners, good swimmers and nimble climbers. “They also have big paws and claws, ” says Joel Lycklama.

Bears can also smell food from hundreds of metres away and can see well, too. “Therefore, when going camping in the forest, you should always keep your food away from your tent, ” says the guide. It’s best to pack supplies airtight and hang between two trees.

Grizzlies are significantly more dangerous than black bears because they are larger, heavier and often more aggressive. This is especially true for mothers with boy cubs who feel threatened.

All bears have only one thing in mind during the summer, however – eating, to ensure a good layer of fat for hibernation. This is why they are searching the forest for berries, honey and lots of little creatures crawling across the forest floor. The bears look for water in rivers and the sea – and of course delicious salmon.

Where can I see the bears catching salmon?

There are several places in Alaska in the United States, including the Katmai National Park where you can watch bears fish. Small propeller machines bring tourists there from the city of Homer.

Michael Hughes is the owner of Alaska Bear Adventures and has been flying to the grizzly bears for a number of years. He’s always armed with bear spray, noisemakers and a rifle. A polar bear in Canada’s Baffin Bay: These bears are not often seen by travellers in North America. — VERENA WOLFF/dpa

His safety tip: He and his five passengers stay close together. “The bear thinks we’re a bigger bear.”

Before departing, he hands out waist-high rubber boots. You never know where the sea is flowing into and where you might have to wade to to see the bears. It’s always a spectacle to watch the often well-fed animals catching salmon.

What other bears are there in North America?Alongside black bears and grizzlies, there are two other bear species: Polar bears live mainly in northern Alaska and in Canada’s northern territories. In Nunavut, which covers a large part of the Canadian Arctic, expedition ships from the main town of Inuvik follow the traces of the former Northwest Passage.

The Great Bear Rainforest on the coast of British Columbia is home to the Kermode bear, also known as the spirit bear, a subspecies of the American black bear. A recessive gene means the bear’s coat is white or cream-coloured. A rare Kermode Bear, or Ghost Bear as the locals call him, in the Great Bear Rainforest on Canada’s west coast. — YURI CHOUFOUR/Destination BC/dpa

It is estimated that there are only several hundred of these bears in the wild, and they all live in the unique ecosystem that spans the northern and central coast of the westernmost Canadian province.

How do I organise a trip to see the bears?Tourists can book special bear viewing tours in both the US and Canada – by seaplane, boat, or an off-road vehicle. Or book yourself straight into a lodge that is so secluded that bears are almost guaranteed to drop by.

And sometimes, on one of the more remote roads in the Yukon, Alaska, or elsewhere, you’re lucky enough to see a family of bears on the side of the road. Brake immediately, switch on the hazard lights – and enjoy the spectacle. – dpa 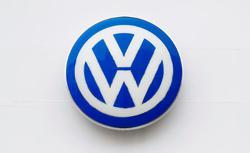