When you think of Johor, the first thing that comes to mind is probably the state’s capital, Johor Baru.

Famously known as the gateway into Singapore, the city has its fair share of trendy cafes and theme parks that cater to cosmopolitan day-trippers. But the southernmost state in Malaysia is definitely more than just a transit or layover city.

Look beyond the urban vibe of JB and you will find a wealth of attractions suitable for all kinds of travellers. A big part of the state’s appeal also lies in its rich heritage.

“Influenced by traders throughout its history, the culture of Johor is unique and has been preserved by its community. One of the central influences to Johor culture was brought by the Bugis people, who primarily arrived to Malaysia through Johor before moving into various parts of the nation, ” Tourism Johor explained on its website.

Colourful cultures aside, Johor also beckons with a charming rustic quality. There are many traditional villages in the state that give visitors a glimpse of a more laid back, simple life.

Nature is also abundant with a variety of wildlife in lush forests, and majestic mountains. And if you’re looking for some vitamin sea, there are plenty of beaches and islands waiting to be discovered too.

Johor has a string of hidden gems, and we feature three districts – Pontian, Kota Tinggi and Mersing – that we think are worth checking out.

According to folklore, Pontian got its name from the Malay word “perhentian”, which means resting place. The Pontian shoreline faces the Straits of Malacca and used to serve as a port for merchants (as well as a hideout for sea pirates, apparently) back in the day.

Historically, the Sungai Pontian Besar Delta was also the main stop for fishermen to unload their catch.

Located about 85km from the capital, Pontian is perhaps most famous for its oil palm and fruit plantations. The star attraction is its sweet pineapples.

In fact, Pontian has been dubbed a pineapple lover’s mecca, and visiting pineapple farms in this district is a must when in Johor. Not only can you learn how to grow the fruit, you can also buy them at a cheaper price.

Apart from that, pineapple snacks and other products are sold at the farms too.

Some farms will even show you how to turn fibres from pineapple leaves into cloth. If you’re not interested in visiting the farms, then check out the Pineapple Museum in town. 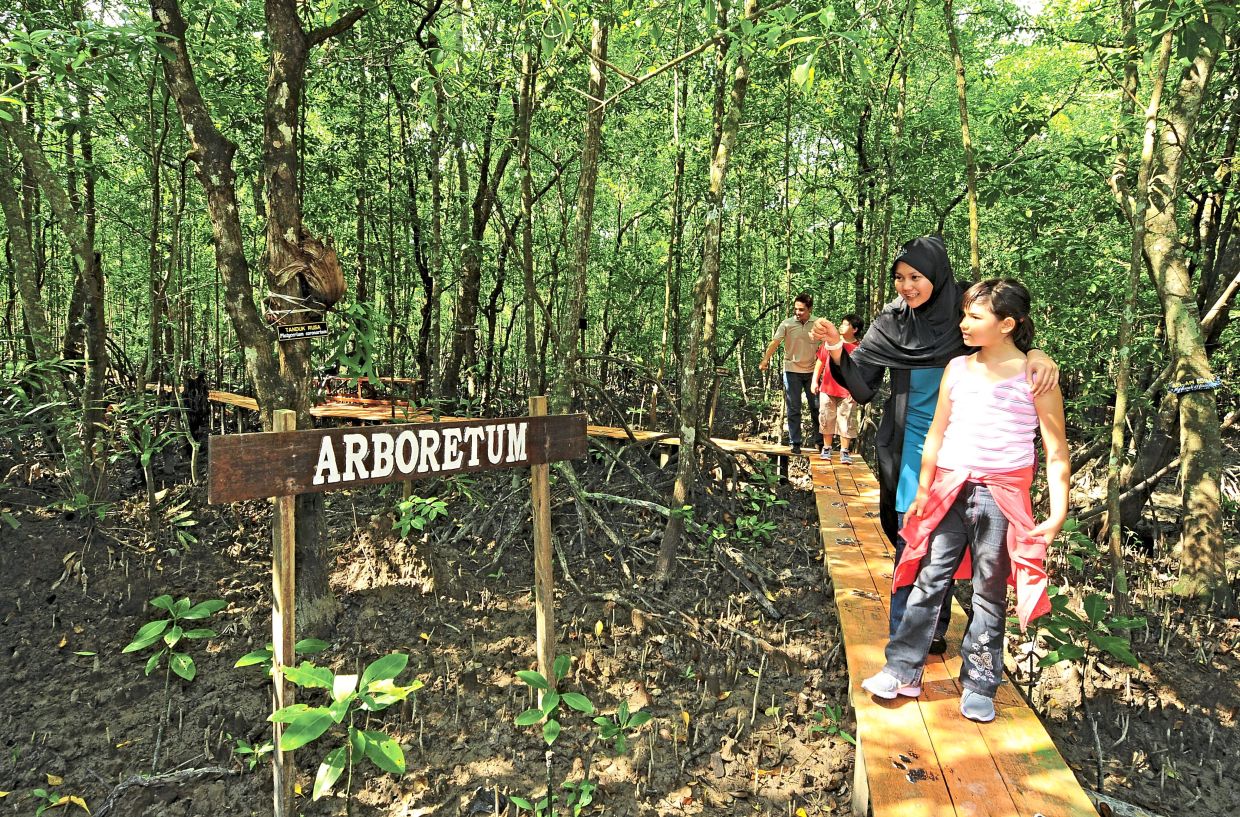 The park is made up of 526ha mangrove area and 400ha mudflats.

You can explore the accessible park comfortably on wooden boardwalks. This eco-tourism site is also home to a plethora of fauna, including over 20 species of mangrove trees.

You might chance upon dusky leaf monkeys, mudskippers, crabs and otters too.

A highlight at the national park is the steel globe structure that marks the southernmost part of Eurasia.

If you stand where the structure is, you can see the Singapore skyline on a good day.

The best time to visit is during the High Tide Water Festival in late December when the water overflows into the park and transforms it into a water playground for a few hours, allowing visitors to safely splash around.

Another mangrove forest reserve worth exploring is Pulau Kukup National Park, one of the world’s largest mangrove islands.

Bird watchers should make a trip here as the park, which is separated from mainland and terrestrial predators, is an ideal place for birds to roost.

While you’re in Kukup town, take in the rustic scenery of a quaint fishing village at Kampung Air Masin.

The settlement is over 100 years old and is built on top of a muddy mangrove. Close to 1,400 people live in the village.

The place has great food too, sold at reasonable prices. After your meal, take a short cruise to visit the fish farms at sea.

The experience will give you a closer look at cultivated aquatic vertebrates like horseshoe crab, starfish, grouper, sea bass and snapper.

There are several chalets at the village where you can put up for the night too.

The past and present intertwine at the historical district of Kota Tinggi, where the Johor Sultanate was established. Learn all about the regal history at the Kota Tinggi Museum, which carefully preserves and chronicles the legacy of Johor’s royalty.

If you can’t get enough of the past, there are many other historical sites here to check out. Sign up for tours to Mawai Lama that is located 20km away from the main town. There, you can visit the World War II pillboxes along Sungai Sedili Besar.

Pillboxes are concrete bunkers used by British soldiers in the past. Detailed historical records are still intact on the bunker’s walls.

Fishing enthusiasts will also love a trip to Mawai Lama. The area is recommended by anglers across the country for its wide array of fresh water fish. Arowana, catfish and hampalas are some of the species you can find here.

At night, watch a magical firefly “performance” unfold at the riverine mangrove swamp of a firefly park, located 7km from Kota Tinggi town. Have fun watching the thousands of bioluminescent fireflies in action; this phenomenon is best seen on a moonless night with calm winds. 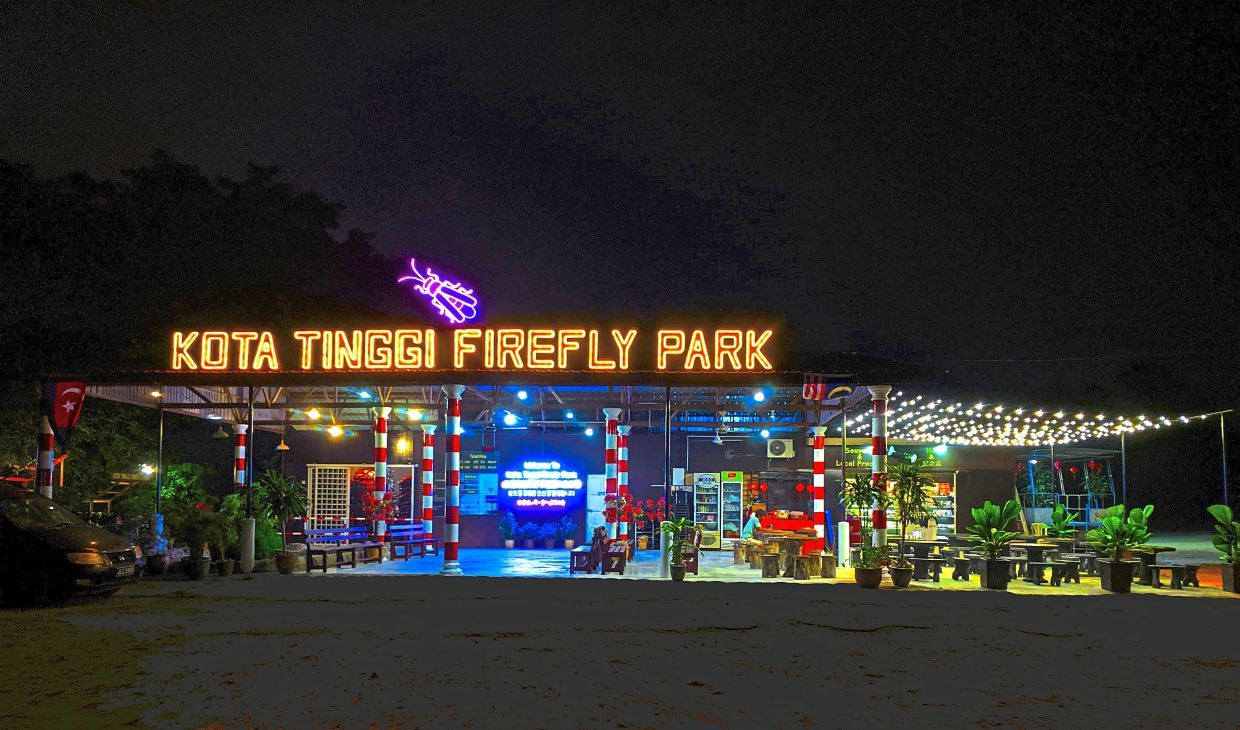 The cruise only operates at night, but if you’re at the park early you can check out the mini zoo, or aquarium.

For adventure seekers, look for the multi-tiered Pelepah Kiri Waterfall, located near the Kota Tinggi Waterfall. It is quite a hike to get to Pelepah Kiri, but the view and waterfall are worth all that hard work.

Be sure to get the necessary permit to enter this area which is within the Panti Permanent Reserved Forest. If you wish, you can camp overnight here (do let the rangers or officers know of your plans for safety reasons).

You can go for another exciting hike at the nearby Panti Mountain, where you can find a red pond at the western part of the mountaintop. 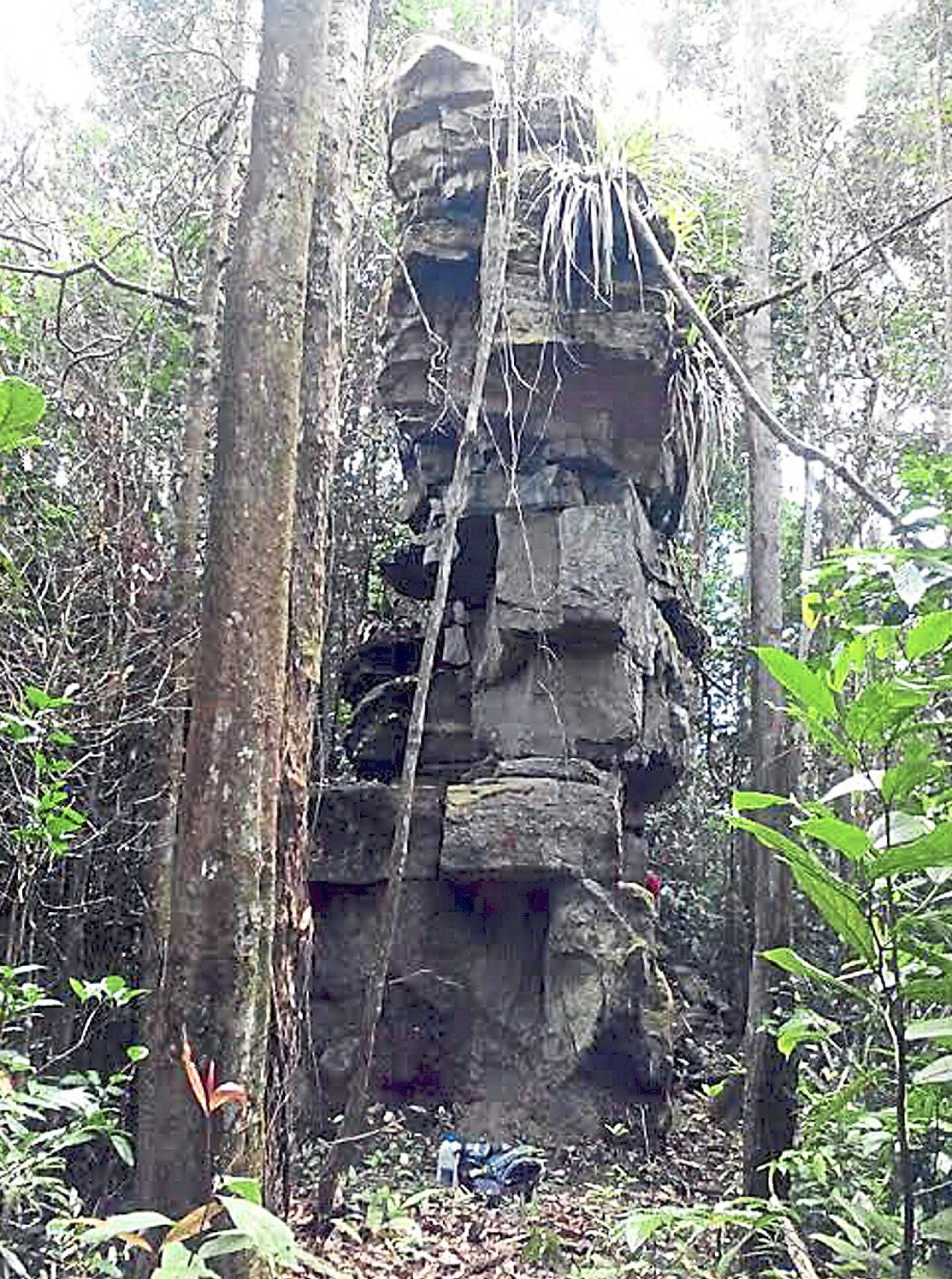 Batu Tenggek is a fascinating sight to behold in Kota Tinggi. — FilepicThe reddish water comes from humus, an organic material formed by the decomposition of leaves and other plant material which fall into the pond from the mountain.

Over on the eastern side of the mountain, stacked rocks called Batu Tenggek can be found, said to be part of an ancient city called Kota Gelanggo or Kota Batu Hitam. According to local folklore, Batu Tenggek was arranged by the Big Foot of Panti forest!

Kota Tinggi is also where you can find lots of authentic Malay homestay villages. When you stay at these accommodations, which can be found at areas like Felcra Sungai Ara, Felda Sening and Kampung Lukut, you get to learn more about Johorean Malay traditions and culture, as well as food.

Mersing is home to some of the most stunning beaches in Malaysia. Here is where you can find breathtaking white sandy beaches and over 60 islands.

Some of the top islands include Rawa, Tioman and Sibu that are spread across Johor’s east coast.

Feel like island hopping? Just hire a boat at Penyabong Jetty and go from one island to another.

If you have more time to spare, stay longer at either Aur, Dayang, Pemanggil or Besar islands. The natural coral reefs that are usually very near the shore will enchant you while snorkelling. Aur Island is located 76km east of Mersing town and is part of the Johor Marine Park.

Other than that, you can do some water sports activities like kayaking or sailing. Of course, you can just relax by the beach and watch the sunset, too.

Pay a visit to Mawar Island, which is known to locals as “Heaven’s Gate”. It is famous for its reddish rock formation in the middle of the island, which many travellers have beautifully photographed.

From the shore, you can even walk to the island during low tide. Before you do this though, be sure to check the tidal chart first or better yet, ask a local fisherman about it.

Pasir Lanun beach is another place worth checking out, though it is usually packed on weekends. It is home to countless legends and myths.

It is said to be so named because a long time ago, pirates would hide their stash in a nearby cave on the island after robbing merchants and traders at sea. Camping at Mawar Island is possible, and you can snap gorgeous pictures like this one at night. — Wikimedia Commons

Don’t worry about pirates now, as the place is very safe. We’re not too sure about the whereabouts of the loot in the cave though.

If you’re not keen on finding lost treasures, you may want to have a picnic on the beach on this island.

There are also some kelongs (offshore platform) nearby where you can fish.

Back on the mainland, hiking enthusiasts can try going up Gunung Arong, which is located about 17km from Mersing town. The 274m tall mountain is accessible via Kampung Tanjung Resang or the Teluk Gorek beach trailhead.

It is a relatively moderate climb, and once at the top, a picturesque view of the South China Sea greets you. You might even spot Pulau Tioman from the peak. A permit is needed to climb here.

Take a break from all the adventure activities and support the country’s economic recovery by visiting some local shops to get souvenirs, local delicacies and sea products like seafood crackers, dried squid and salted fish.

Good times and goodwill come together for Malaysian voluntourists

Wine cellar cycle tours in France offer visitors a memorable experience
Go birdwatching in FRIM for a unique Malaysian travel experience
This is where you can go to eat super fresh sea urchin
Housekeeping workers struggle as hotels ditch daily room-cleaning
Malaysia Airlines’ new safety video is a catchy, 'super' musical
Venice wants remote workers to boost its population
How to save on family travel, without stressing too much
Take the time to ask friends around the world how they're doing
5 best bicycle tours in Malaysia to explore small towns and big cities
Luxury hotel mocked online for offering 'bucket baths' following power outage