Cherating, the best place to surf in Malaysia

Hanif taking on the waves at Cherating. — Hanif Adenan

He notes that Cherating in Pahang is a good place to catch some waves.

“A lot of tourists come to Cherating from all over the world, especially Europe, to either surf or learn how to surf, ” says Hanif who is based in Cherating.

“Surfing is an increasingly popular sport (in Malaysia). It is now one of the competing sports in the Olympics and Sea Games, ” he adds.

The main thing that draws surfers to a particular destination is the waves. “Cherating is one of the best spots with wave breaks of about 300m to 400m... perhaps one of the longest in Asia, ”

Hanif says. He thinks this is one of the reasons why the area has become a choice destination for wave hunters.

On top of that, Cherating is also a stop for international competitions like Renextop Asian Surfing Tour.

Cherating has produced a number of local and international surfing champions through competitions organised by Safari Xtreme Sports & Events. These are usually held in December when the monsoon season is at its peak.

“Cherating is one of the few places in Malaysia that offers good sightseeing with good waves and what is special is that it happens during the monsoon season. These Malaysian surf spots are also budget-friendly with affordable accommodation, compared to overseas which is more expensive, ” shares Hanif, who is currently making a documentary about surfing with Safari Xtreme.

For folks who are just learning how to surf or do not have their own boards, they can look out for surf schools like the Cherating Boys Surf School, a local community-based initiative by Safari Xtreme. These schools offer board rental and coaching.

Meanwhile, surfing fans who bring along their own boards can rest assure that transporting their equipment from one place to another will be a breeze in Cherating.

“There are racks on top of the car that we use to place our surfboards. Some boards can also fit inside the car.

“As for air travel, we usually bubble wrap the surfboard before placing it inside the board bag. This helps to protect the board, ” Hanif says. 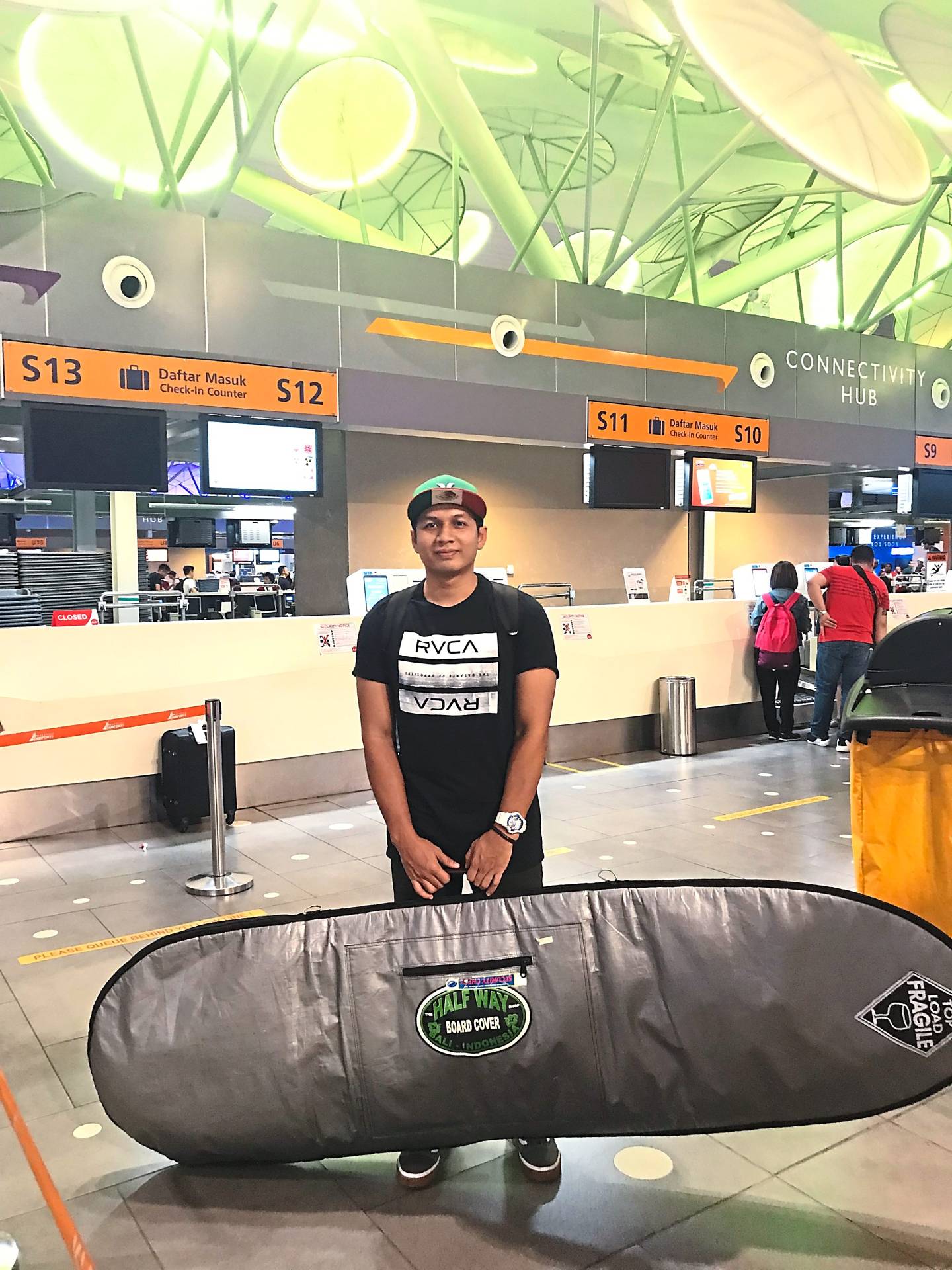 Hanif taking on the waves at Cherating. — Hanif Adenan

Cherating is a good spot for surfing. — Hanif Adenan

Hanif advises surfers to bubble wrap their boards before placing them in their special bags when flying. — Hanif Adenan