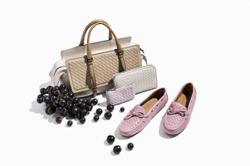 Nenad Jovanov (right) and his son Nemanja in his perfume shop which is the last of its kind in the Serbian capital. Photo: AFP

From a cobblestoned street in downtown Belgrade, the Sava perfumery has seen more than half a century sweep past without ceasing in its mission to keep the city’s citizens smelling flowery and fresh.

The artisanal shop – which mixes its perfumes in-house – is the last of its kind in the Serbian capital, thanks to the Jovanov family who are committed to keeping the craft alive.

While the city has gone through many changes, the store remains a snapshot in time, with glass bottles, mixing vials and other tools passed down through three generations.

The work is a labour of love for the Jovanovs, whose other sources of income enable them to continue with the perfumery.

“We have remained because of tradition, love, affection and willingness to do a job which at certain times doesn’t earn you enough money to subsist," the shop’s jovial owner Nenad Jovanov, 71, said as he mixed a custom eau de toilette in the shop’s laboratory-like back room, measuring out ingredients with beakers and pipettes. 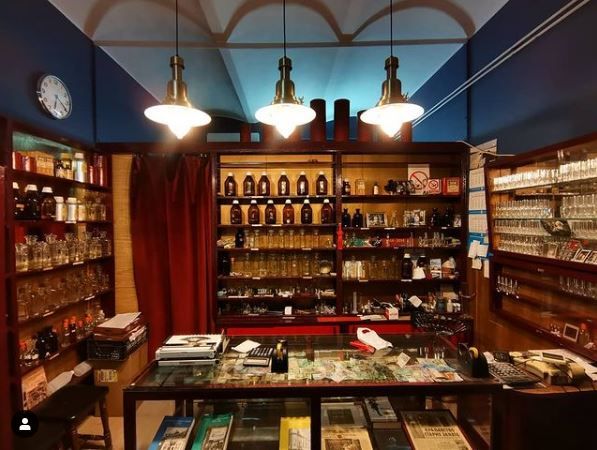 The store stays afloat thanks to a loyal clientele, plus a growing interest from tourists interested in what Nemanja calls its 'living museum'. Photo: Instagram/parfimerija_sava

The perfumery dates back to the 1940s but opened under its current name a decade later, when communist authorities in then-Yugoslavia reversed a decision to ban private business, allowing the family to take back ownership.

In the 1950s and 60s, such perfumeries enjoyed a “golden age” in Belgrade, said Nenad, recalling more than 20 other family-run shops.

But as Yugoslavia started opening up to imports, mass-produced fragrances poured in, pushing local mixers out of business.

Crippling sanctions in the 1990s, when Serbia and other ex-Yugoslav republics broke apart in a series of wars, dealt another blow to the industry.

“One by one they started shutting down. And in the end, we were the only ones to remain," said Nenad.

When customers enter the tiny store, Nenad or his son Nemanja, who also works in the film industry, help them navigate the wooden shelves of label-less glass bottles.

After enquiring about preferences – floral, citrus, sweet or musky – they use an old-fashioned pump to test different fragrances on the client’s arms.

Shoppers are then encouraged to take a walk and return later to choose which perfume they like best, as the scent evolves over time after its first contact with the skin. Most of their ingredients come from France.

“Men, at least those in this region, would be terrified if they knew that many masculine fragrances – wonderful and popular fragrances – have floral components," Nenad said with a laugh.

The store stays afloat thanks to a loyal clientele, plus a growing interest from tourists interested in what Nemanja calls its “living museum”.

At a time when Covid-19 has taken away many people’s sense of smell, an appreciation of its power has also deepened.

“The sense of smell is one of the most important, ” mused Nenad, who works in a white lab coat.

“It can transport us to another place, another time.” – AFP

For the Malaysian beauty industry, selling online and offline is the way forward

Off the vine and in fashion, grapes are being used to replace leather
Rare Kashmir sapphire among historic treasures auctioned off in Geneva
Paris fashion aims for a revival, as physical runway shows set to reopen
Glamorous Raya selections for your loved ones
Fashion is now opting for dyes upcycled from fruit and vegetable waste
Marion Caunter is living on her own terms Premium
Who is Law Roach, now known as among Hollywood's 'Most Powerful Stylists'?
Malaysian mother-daughter duo creates beautiful handcrafted jewellery together
Should the fashion calendar make a comback? The industry remains divided
Celebrating traditional wear, local designers 'balik kampung' in a different way Premium