A restaurant that's uniquely Malaysian, an oasis in the heart of KL 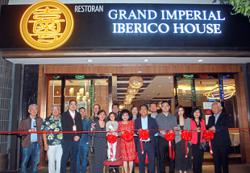 Wong’s (right) Dusun OpenHouse is more casual and rustic both in terms of its decor and cuisine. Design-wise, Quirk (left) says making a project reflect the local culture is about creating an atmosphere and a vibe, and designing spaces where Malaysians enjoy and feel comfortable in requires an in-depth understanding of Malaysians. — YAP CHEE HONG/The Star.

In the bucolic environs of Dusun OpenHouse, a hotspot firmly registered on the radars of influencers and KOLs eager for unique and unusual backdrops for their content, Andrew Wong saunters in and blends in perfectly with the earthenware pots, mamasan lounge chairs and rough-hewn tables.

Dressed from head to toe in his favourite fashion designer Rick Owens, this fashion and graphic design graduate from the University of Miami Art School looks lean and tanned in an olive green T-shirt and brown cargo pants. A pair of sand coloured lace-up boots completes his ensemble while a natural citrine crystal dangles around his neck.

As an offshoot of Wong’s other restaurant OpenHouse – the sumptuous and just as highly photogenic restaurant located at Suria KLCC – Dusun OpenHouse is located in a discreet corner of Bangsar Shopping Centre and is more casual and rustic both in terms of its decor and cuisine.

Focusing on wood smoked and fire grilled dishes such as Slow-Smoked Lamb Shank, Neraka Tiger Prawns and Ember Grilled Beef Ribs, this rattan-ceilinged and bamboo-walled restaurant doesn’t take its stance on sustainability lightly with ingredients sourced locally as much as possible while the mangrove wood they use in their grills and ovens are sustainably harvested and offset by a donation to the Malaysian Nature Society for their reforesting programmes. Furthermore, RM1 for every bottle of their filtered drinking water is donated to a charity or foundation on a rotational basis. 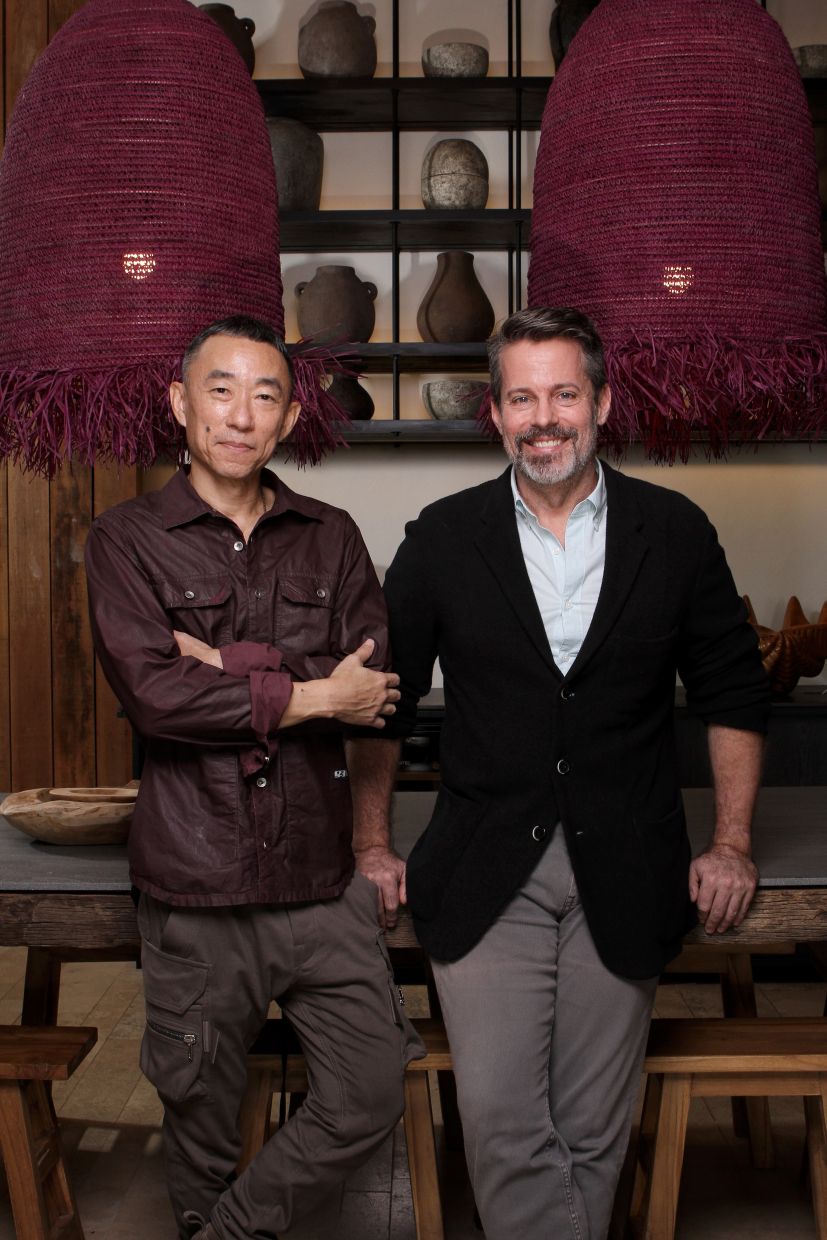 The idea for Quirk (right) and Wong’s newest F&B venture germinated when both of them learnt about local produce and jungle-foraged ingredients while developing and creating dishes for OpenHouse KLCC. photo: YAP CHEE HONG/The Star.Looking every inch the style setter he is, it’s no wonder when you learn Wong used to be the merchandiser and fashion director for Metrojaya menswear and then the general manager for Tangs Malaysia before decamping to Singapore to work for the PS Group (now renamed PS Cafe), the fashion turned hospitality group where he gained invaluable experience in operations.

So how did someone from the fickle world of fashion gain entree into the competitive F&B arena? It started back in 2012 when a space became available in three-tower luxury condominium The Troika in KLCC.

“I approached my previous boss Peter Teo of PS Cafe fame in Singapore if he wanted the space to open a PS Cafe in KL,” Wong recalls. “He was too busy expanding his little empire in Singapore so I asked if he minded if I took the space and opened my own thing.”

His own thing turned out to be Acme Bar & Coffee, the hipster cafe serving all-day breakfast and comfort food with freshly brewed coffee in a cosy setting. But during those early days, this initiation into the F&B industry was merely a side-line business as Wong was helping his business partner Brian Quirk in a design firm doing branding for their lifestyle clients.

Just then Quirk, co-founder with Wong of the Hospitality by Acme group which owns Dusun OpenHouse appears, apologising for being late and excusing himself for feeling out of sorts due to a recent bout of flu.

Quirk arrived in Malaysia on transit to Bangkok while on a fellowship to study traditional South-East Asian Architecture, having studied it at Tulane University in New Orleans.

“I ended up here by accident as I couldn’t get a flight to Bangkok,” Quirk says, slightly stoic but warms up after a shot of double espresso. He initially planned to stay for only six weeks but ended up working for Badan Warisan Malaysia (Malaysian Heritage Trust) and that was 31 years ago, a detour he himself would admit was unplanned.

The idea for both Quirk and Wong’s newest F&B venture germinated when both of them learnt about local produce and jungle-foraged ingredients while developing and creating dishes for OpenHouse KLCC.

“The genesis of a lot of our ingredients come from OpenHouse even though the menu is completely different,” Wong discloses. “One thing we did at Dusun was to use traditional kampung cooking techniques with mangrove wood fire.”

The result is of course nothing short of mouth-watering, with a new menu just launched last month. 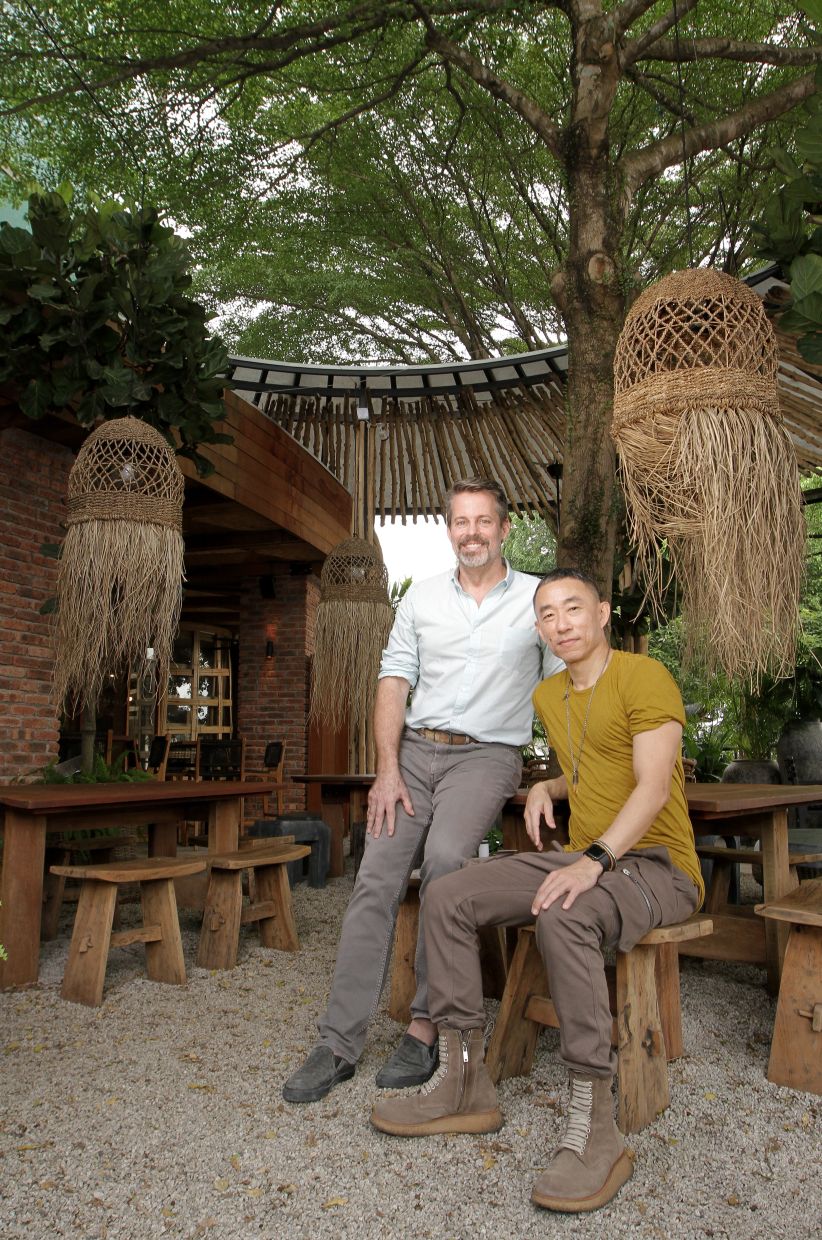 Wong’s (right) Dusun OpenHouse is more casual and rustic both in terms of its decor and cuisine. Design-wise, Quirk (left) says making a project reflect the local culture is about creating an atmosphere and a vibe, and designing spaces where Malaysians enjoy and feel comfortable in requires an in-depth understanding of Malaysians. — YAP CHEE HONG/The Star.The way Dusun is differentiated from OpenHouse KLCC is that the former is more laid-back and relaxed while the latter is classical and traditional, with recipes obtained from Jabatan Warisan Negara (National Heritage Board).

“There are over 200-plus recipes gazetted as national heritage dishes in the Jabatan Warisan Negara which they shared with us,” Wong reveals.

But just when you think the entire menu is a reproduction of extinct recipes, Wong puts paid to that assumption.

“We also created some dishes from our own research...there are so many aspects of Malay cuisine which haven’t been explored and in the modern context, most people don’t have the time to cook these delicious and elaborate Malay dishes which take a lot of time and effort to prepare. Some of the sambals we offer take two months to marinate!”

With Malaysia and its heritage playing such a big role in his F&B business, it would be interesting to know what being Malaysian means to Wong especially with Malaysia Day coming up.

“I feel a bit sad that we are forgetting to celebrate our multiculturalism that we have been so blessed with,” he says ruefully.

“That’s something that I hope we don’t lose moving forward...our strong Malaysian identity. In all our restaurants we try to celebrate this unique identity of ours. That is why in OpenHouse we offer dishes which have been passed down from generations so as not to lose this special part of our heritage.”

At this point, Quirk chips in and says it was an eye-opener for him when he worked at the Malaysian Heritage Trust where he was exposed to renovation and restoration of old buildings and got a good understanding of the materiality and some cultural references.

Being an American, Quirk brings a different point of view to their business and ultimately how Malaysia is presented in their restaurants. “Whenever we try to evoke a culture in a project, I don’t like to resort to pastiche cliches,” he says unapologetically.

“I don’t think putting songket on the walls of a place makes a project Malaysian.” So how would he represent a culture in his designs? “Making a project reflect the local culture is about creating an atmosphere and a vibe.”

And if the vibe at Dusun this lunchtime was anything to go by, it was as Malaysian as you could get – a cacophony of chatter and laughter could be heard from a table of middle-aged housewives celebrating a birthday; four young executives murmuring marketing strategies and revenue projections quickly put their iPads aside as soon as their food arrives while two young lovebirds sitting outdoors held hands and gazed into each other’s eyes after sipping an iced tea and a Jambulaya cooler.

If this melange of people in his restaurant is what Quirk means by mirroring the local populace, then he has succeeded brilliantly. “Dusun started off as an idea we had for a beach club,” Quirk says, explaining the original idea he and Wong had for Dusun.

“When this space came up, we said: ‘Let’s do a beach club in the city,’” adding that they synthesised ideas from their travels to Mykonos, Tulum and Bali. For them, it was about creating a casual and relaxed venue inspired by the local environment. “We didn’t copy anything,” Quirk hastens to add. “We just adopted the attitude we experienced in those places.”

And Quirk’s own attitude, or rather lack of, is what has made him and his design business flourish in this country. “My projects are always about people and place. It’s not so much about how something looks like but how it feels. That is how Malaysia has influenced my work.”

Quick to adapt and fit in both personally and professionally, Quirk explains further. “Designing spaces where Malaysians enjoy and feel comfortable in requires in-depth understanding of Malaysians, their priorities, likes and dislikes and what makes them happy. What makes something work here and not elsewhere is because of the people.”

And does he miss the US? “I think everyone should live outside their own country for a period of time. It gives you a very different perspective on the world. Living here has made me realise that although there are many things about home I like and miss, it’s also important to have a balance in life.”