From the Amazon to Scotland, forest leaders united in hope

A delegation of indigenous leaders taking part in a ceremony held within a wooden arch built from locally sourced larch on the Cowal peninsula in Scotland on Nov 4, on the sidelines of the COP26 UN Climate Change Conference. Photos: Ben Stansall/AFP

Some 10,000km from his native Brazil, Kreta Kaingang plants an oak sapling in Kilfinan Community Forest as part of a project to reintroduce rainforests into the Highlands of Scotland.

Delicately, the chieftain packs earth around the base of the stem with his hands and caresses the budding branches.

Then, joined by fellow Latin American indigenous leaders taking part in the COP26 climate summit in Glasgow, he breaks into a ritual chant.

"I have lived my life planting trees on my soil and it has been marvellous to have done it here in the spirit of reforestation," he told AFP.

Although the trees may differ, "our earth is the same as theirs" in Scotland, says Levi Sucre, who is a leader of the Bribri people in his native Costa Rica. 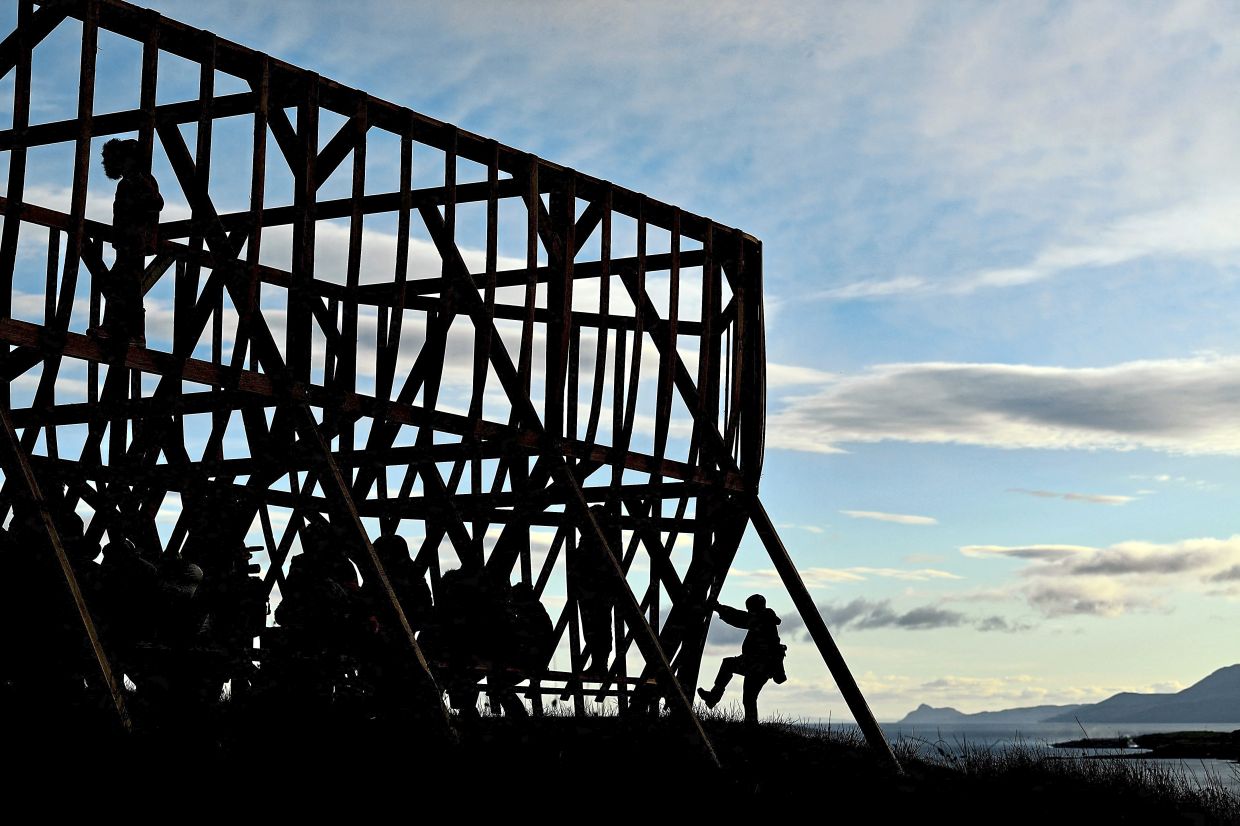 A wooden arch built from locally sourced larch is perched, prior to a ceremony by indigenous leaders, on the Cowal peninsula in Scotland.

The conservationist points out the similarities between trees found in South American rainforests and those in parts of Scotland: ivy and moss cover the trunks that are hung thick with creepers.

"We really exploited them over the centuries, so we have a very small number of special things left," says Stephens, former director of the Scottish Native Woods charity.

He laments how rich countries push developing nations to protect their forests while ignoring their own.

Decarbonise the right way In the 18th and 19th centuries, locals were forced out as swathes of forests were felled to make way for sheep pastures. 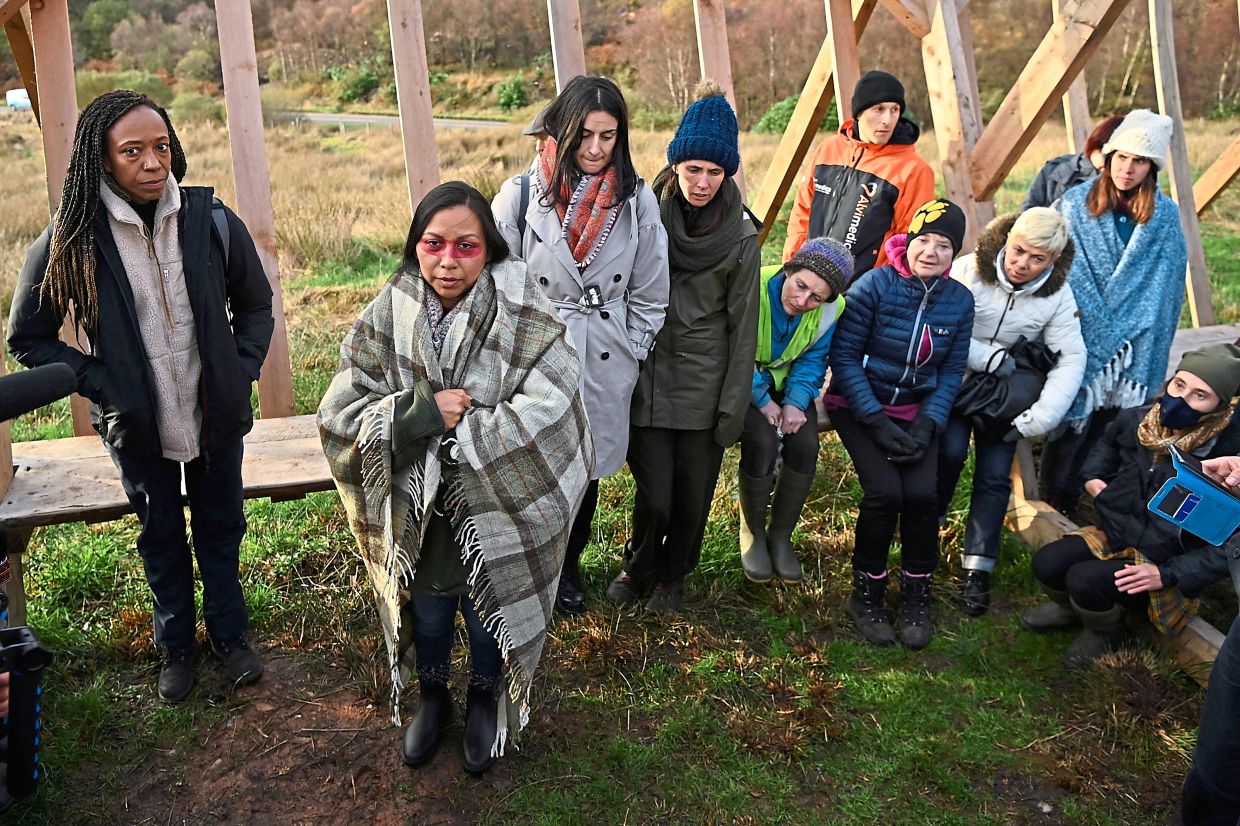 Indigenous leaders are united in their fight against deforestation.

Today, Scotland has one of the largest concentrations of land owned by private holders in the world: 67% of rural land is owned by just 0.025% of the population.

As the climate crisis deepens, more and more investors are eyeing Scottish land to dedicate to carbon capture schemes, according to Calum MacLeod, policy director of the Community Land charity.

Some 130km west of Glasgow, Kilfinan Community Forest pursues decarbonisation in a way that benefits everyone. They buy land to rent as affordable housing for young families to move in and help reforestation efforts.

The dozen indigenous leaders, chilled by the breeze, are greeted by colourful banners and wide-eyed children from the local school, opened next to a post office, sports centre and artisan ice cream factory.

A similar initiative is unfurling across the world, in the rainforest of Borneo, where villagers saw their lands "destroyed for oil extraction and the logging industry", says leader Mina Setra. 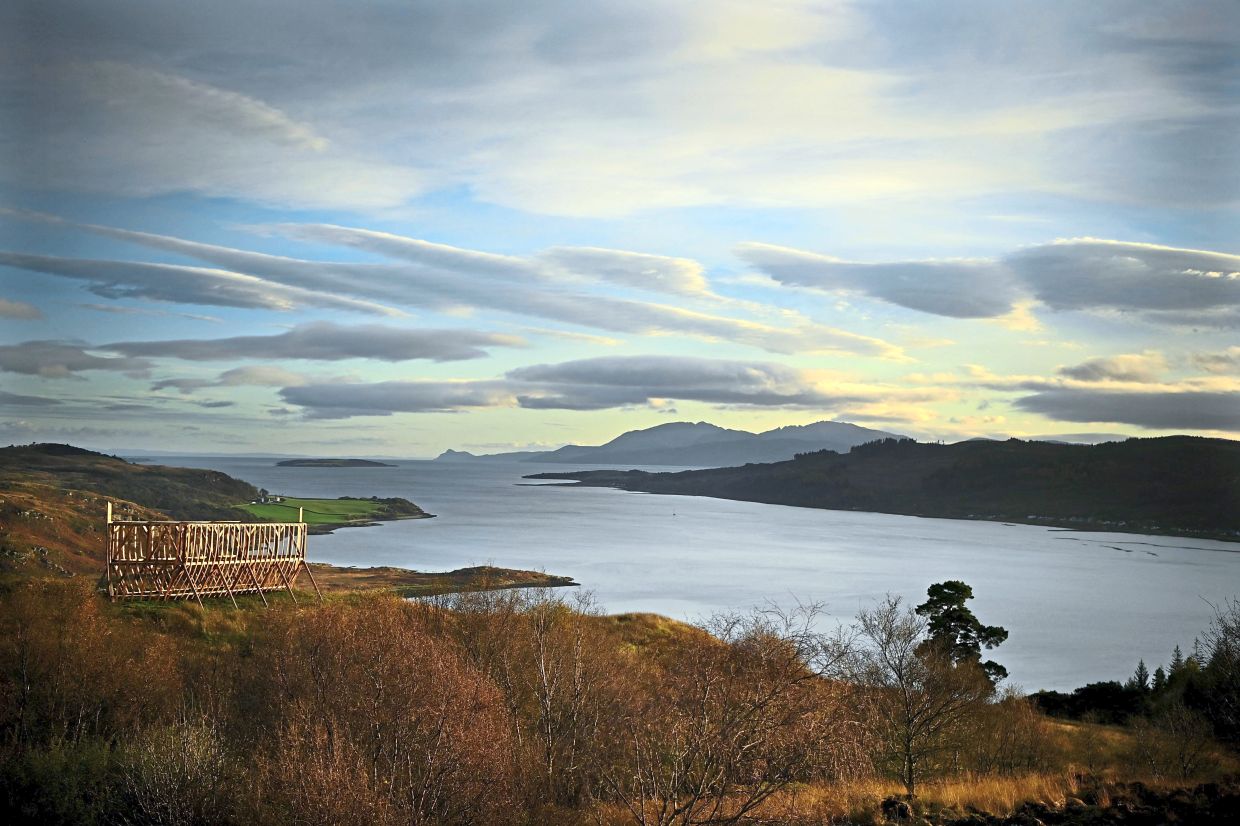 A wooden arch built from locally sourced larch is perched, prior to a ceremony by indigenous leaders, on the Cowal peninsula in Scotland.

School closures during the pandemic prompted hundreds of young people who had been studying in cities to return. They launched successful initiatives such as organic farming cooperatives and now plan to stay, Mina says.

"Even if the climates and ecosystems are different, indigenous peoples share the same type of problems," says Mina, adding that she dreams of a "united front" of all rural and forest communities.

For Solange Bandiaky-Badji, president of the Rights and Resources Group, "history is repeating itself".

The exodus from Scotland due to deforestation centuries ago is now taking place in Africa and Asia.

"All the migrations that you see of young people going to Europe is because their land has been taken from them," she says.

A total of US$19bil (RM79bil) pledged at COP26 to end deforestation globally by 2030 "needs to go to the right people", adds the Senegalese campaigner.

A sum of US$1.7bil (RM7bil) is earmarked to help indigenous communities.

But "they are still speaking about us but not with us", says Anita Tzec, a Yucatan Maya from Belize.

"We are key players to change this process and we have to be brought to the table as decision makers." – AFP Relaxnews