Chong believes all children have the right to an education. Photos: Chong Tzin Nui

Since 2018, self-taught artist Chong Tzin Nui and her husband have been sharing the tuition fees for three stateless children and another underprivileged child with a close family friend.

But when Chong’s friend lost his job during the pandemic, she knew steps had to be taken to cough up the balance cash for the kids’ education fees.

Chong then thought of selling seven of her paintings to raise RM30,000 to pay for a portion of the children’s classes, which are held at a Petaling Jaya-based private homeschool that accepts stateless kids.

“Our friend was doing very well as an engineer but has had to stop contributing to their education as he lost his job during the movement control order. 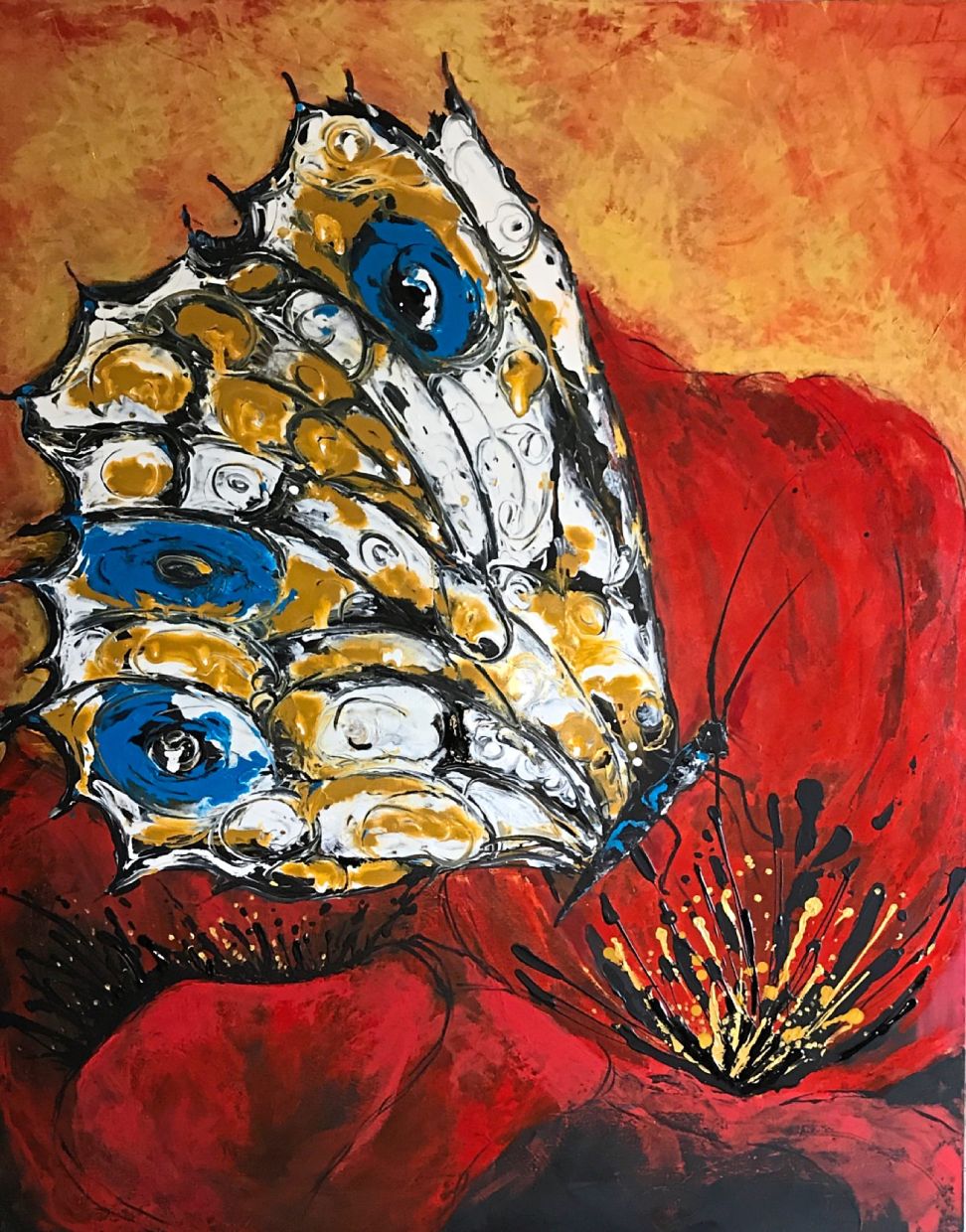 Chong's artwork, Flutter, is one of the seven paintings up for sale for charity.“I am growing nervous because if I don’t have enough funds, these poor children might not be able to continue their studies,” said Chong, 47, in an email interview.

Before the pandemic, Chong and Liew volunteered to teach art lessons as well as held reading sessions and outdoor activities with children at Pusat Penjagaan Kanak-Kanak Cacat Taman Megah (PPKKCTM) in Petaling Jaya, which is where the four children are.

The couple also taught some of the children there the games they knew from their childhood such as congkak, gasing (top spinning), batu seremban and sepak bulu ayam (balancing a feathered shuttlecock).

The home cares for 100 residents with special needs such as Down Syndrome, autism and cerebral palsy. There are also about 30 other children who require care because of poverty, abuse and abandonment. The home’s residents are aged between nine months and 56 years old.

Stateless children are individuals who aren’t considered nationals by any state under the law. In simple terms, it means a stateless person does not have a nationality of any country. Lack of proper documentation and adequate education affects the future of stateless children.

Chong chose to co-sponsor the school fees for some of these kids because she believes children have a right to education.

“These four children are aged between six and 12 years old. They are special and deserve a chance to shine. If they aren’t at school, they’d spend too much time in front of the television.

“One of the boys, a nine-year-old, couldn’t count above 10 before I enrolled him in school. Without going to school, these children would just drift away through the day, unchallenged.” 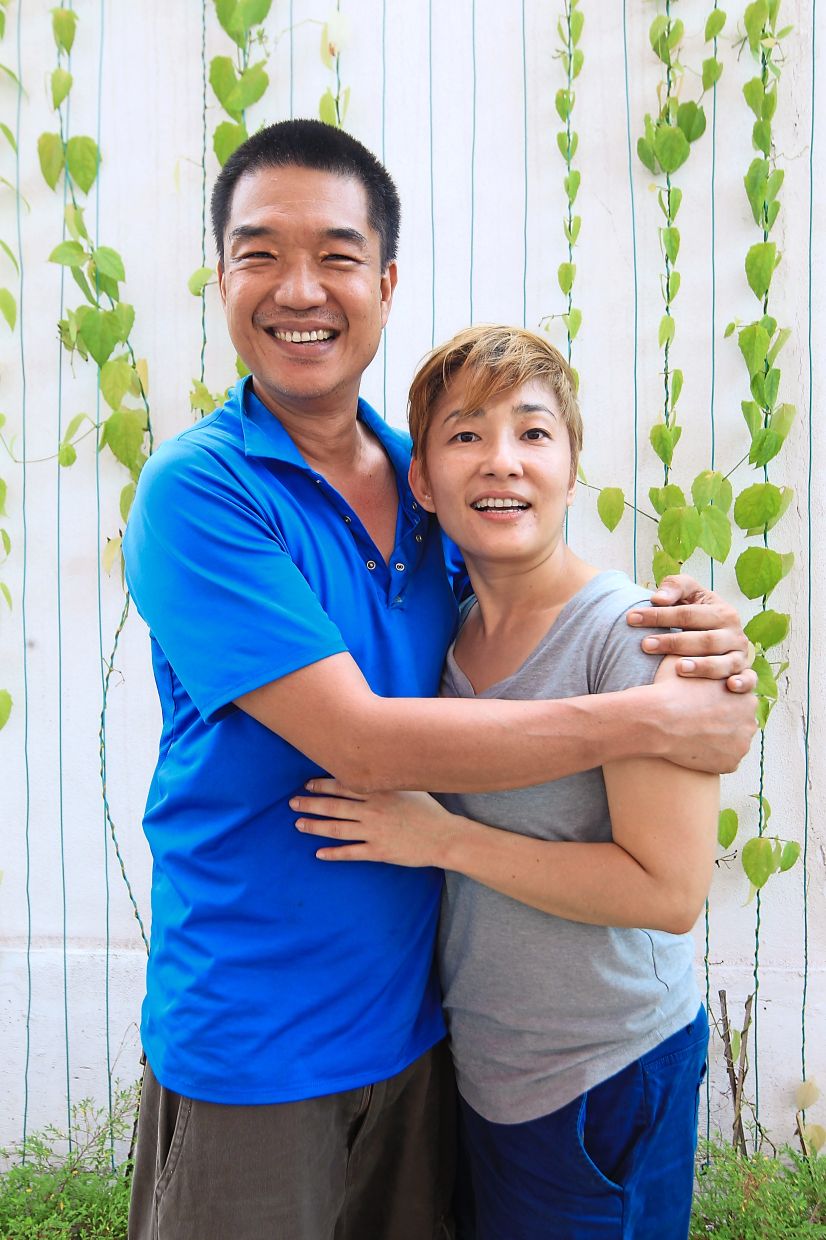 Liew (left) and Chong believe in giving underprivileged children a brighter future. Photo: FilepicOver the years, Chong has been selling her artwork to raise funds for PPKKCTM.

But this time around, Chong’s trepidation runs high because she knows these stateless children’s future hangs by a thread.

“Without an education, they do not have a future. How can we fault them later if they become delinquents or delve in illegal acts?

“They can’t go far to fend for themselves if they don’t have a good starting point,” said Chong, who is Pos Malaysia’s head of brand and marketing.

Chong, who studied interior design, dabbled in painting as a hobby in 2011. It started off as a form of self-expression and she’d indulge in it during the weekends at her home art studio.

Over the years, that led to selected art commissions and seeing regular patrons of her work, which she posts on her Facebook page.

To raise funds for the kids, she is selling her highly textured mixed-media paintings of animals and flora featuring plaster and acrylic on canvas. The prices for the artwork start from RM3,800 and 100% of the proceeds will be channelled to the homeschool.

Chong and Liew have built a close relationship with “their children” and are willing to bet their last dollar on their future.

“These children have so much potential but they don’t have access to education. They are hungry to learn but lack the support.

“Let’s give them a chance for a brighter future,” said Chong, who has also helped out at food banks as part of her mission to serve the needy.

She encourages people to lend a helping hand to underprivileged communities.

“It’s only natural for a better Malaysia. Charity can be big or small. What matters most is doing it with a sincere heart.

“Charity begins at home and during this pandemic, many Malaysians have shown what home means to us.”