Hayati Ismail, 47, is no stranger to charity work.

The mother of three has been a volunteer with several non-governmental organisations previously, including the Food Aid Foundation – a food bank which repurposes surplus food to feed the homeless – and My Street Interview, a job-matching service for the homeless.

So when some of her teacher friends shared their concerns for students who do not have any device for online classes during the pandemic, she decided to step in to help.

“I have several friends who teach in remote areas, and many of their students have to share a device with two or three other siblings and their parents. Their families can’t afford to get them individual devices,” she says.

One particular teacher, who teaches Additional Mathematics, highlighted that a Form Four student hasn’t been attending her class since last year because he doesn’t have a device.  She was worried that he would be left behind when he went on to Form Five, says Hayati.

When the teacher expressed hope that people would sponsor devices for her students, Hayati thought, “Why don’t I do it?”

In February, she started the Projek Peranti Pendidikan initiative, with a modest target of 30 devices to be given to underprivileged students from different states.

“I took the bold move of starting this programme with a target of 30 tablets, laptops or smartphones, either new or used,” she says.

“I reached out to my groups of friends and asked if they would be willing to donate any device that they weren’t using. I even approached companies that wanted to write off their old laptops,” she recounts.

A friend then suggested that Hayati design a poster so that they could blast it out to their contacts on social media.

Hayati did so, after which she put up the poster – which stated that people could either donate pre-loved devices or contribute RM420 towards a new tablet – on her Facebook page. Her post went viral. Hayati was subsequently contacted by the organisers of the Malaysia Women Marathon.

“They wanted to help me raise funds and organised the Cheongsam Run, which is a virtual charity run or (bicycle) ride where participants could run anywhere (even at home) and anytime between Feb 11 and Feb 28,” she says.

Through the event, they managed to raise RM28,000, which went towards purchasing 60 tablets and three laptops.

“With the help of social media and caring Malaysians who kept sharing and forwarding my poster, we managed to raise a total of RM40,000 to purchase the devices.

“There were some who even bought the devices from online platforms and then sent them to me for the students,” she says, adding that many individuals also stepped forward to sponsor between two and 10 tablets each.

In the end, Hayati says 80% of the devices she ended up giving to the students were brand new.

A heart for the needy

Hayati, who left the corporate world to start her own interior design company many years ago, decided to “do something more meaningful” after giving birth to her youngest child.

“After some soul-searching, I decided that I wanted to give back to the community and started getting involved in charity work,” she says.

Although she has progressed from being just a volunteer to initiating her own projects, she has no regrets and is happy her family members – including her husband and their three children aged, 19, 15 and eight – are very supportive of her.

In fact, her oldest child has been involved in her charity efforts since he was 11.

Currently, he has his own initiative of rescuing and rehoming stray animals, starting with those in his neighbourhood.

“He really loves to help others and I’m happy to support him and let him choose his own path in life, rather than just follow what I’m doing.” “We try to ensure that there is one device per family. But there is one family that has been given two devices because they have seven children who are studying online,” says Hayati.

She adds that all the devices are sent to the teachers who will then distribute them to the rightful students.

“This is to prevent people from abusing the system, like taking the device and using it for other purposes other than e-learning, or selling it. We also have to be accountable to those who have contributed (to the devices).

“There were only a few instances, under the recommendation of the teacher, where we couriered the devices directly to certain students because it was during the movement control order and the teacher wasn’t able to distribute them to the students personally,” she says.

Although they provide devices to both primary and secondary school students, Hayati says they prioritise upper secondary students as they need to take their exams.

For now, even though the initial requests for devices have all been fulfilled, Hayati says the project is ongoing.

“As long as there are underprivileged students who need devices, and also people who are willing to help them, we will continue doing this,” she concludes.

A Malaysian foodie's effort has sent food aid to over 1,600 families in need 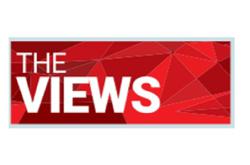