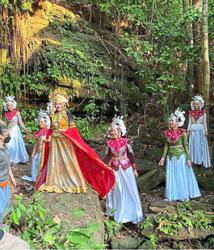 Malaysia is a country made up of a mosaic of beautiful ethnicities that are characterised by different cultures, traditions, beliefs, cuisines, languages and much more. Photo: 123rf.com

I am Malaysian. I have never identified myself as anything else. Whenever I have travelled to other countries and been asked, “What are you?”, I’ve replied, “I am Malaysian.”

“Ah, you’re Malay!” cry some of the ignorant ones who do not know much about my country.

Well, not quite, I reply. We’re actually a country made up of a mosaic of beautiful ethnicities that are characterised by different cultures, traditions, beliefs, cuisines, languages and much more. I belong to two of those beautiful ethnicities, two that originated from the Indian sub-continent – people who, more than two centuries ago, decided to sail forth to a golden peninsula, lured by the rhetoric of the British colonial masters who promised them a better life.

There’s something about leaving the familiarity of everything you know to seek your fortune in a strange new land. It requires a strong, adventurous spirit and great intrepidity. Every immigrant who has been able to do that, whether out of a sense of adventure or a dire need, must be respected for that spirit inherent within him or her.

As such, I am proud that I carry the genes of people who had the courage to migrate across the seas from South India and Sri Lanka to establish themselves in a new place that was not even a proper country to begin with. They settled here in the late 19th and early 20th centuries, at a time when Malaysia did not exist. 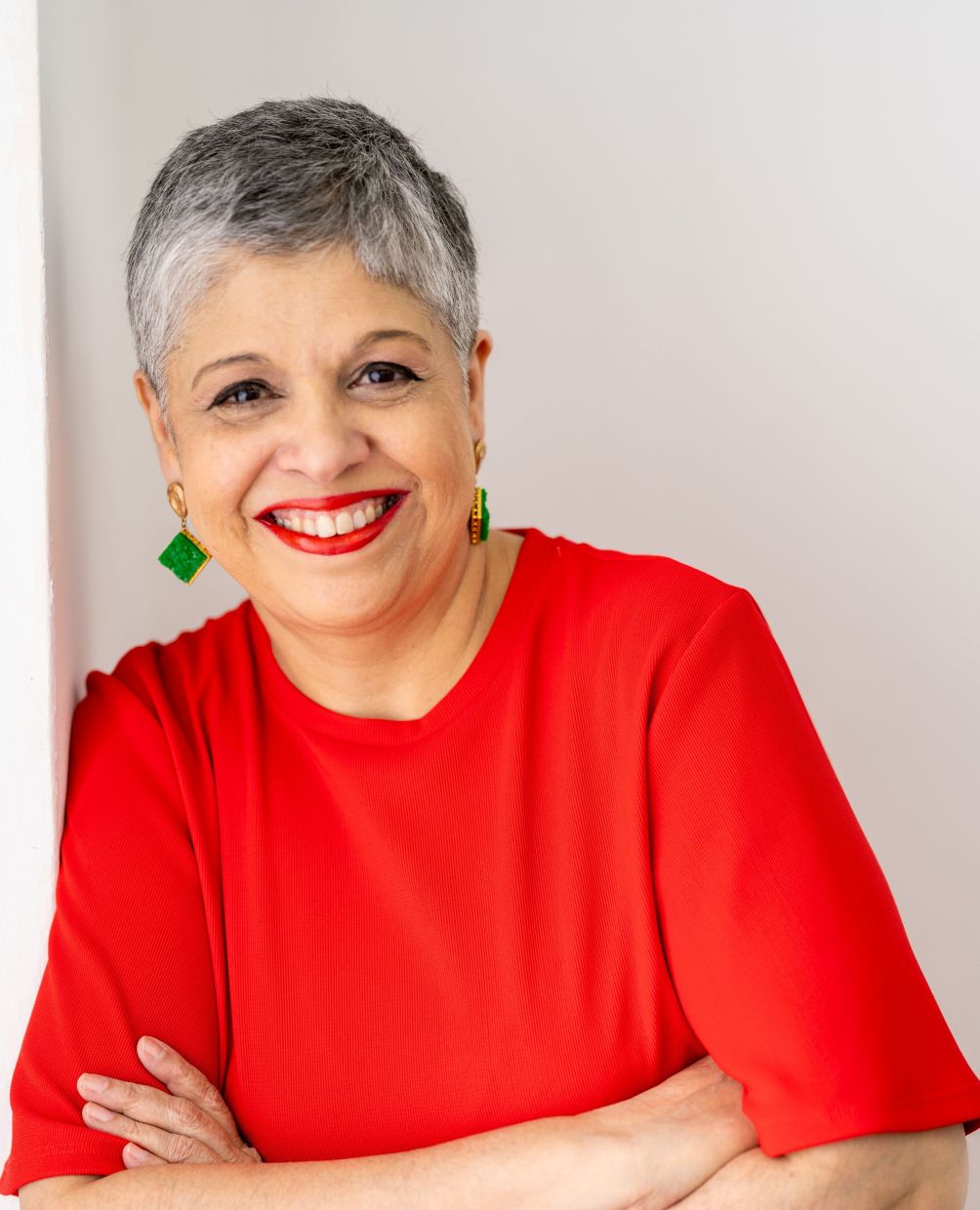 Sheila SingamWhen my forefathers arrived in the Malay peninsula, it was still just a collection of states over which the British had secured their hegemony. In 1896, the wily Brits had unified the four “protected” states of Selangor, Perak, Negeri Sembilan and Pahang under the banner of the Federated Malay States. It’s a moot point whether these states, ruled by their Sultans, actually needed any protection at all. It was probably just a way for the colonisers to subjugate the states and assert their dominion over them, as they did everywhere they went.

It was only in 1946, after the Second World War, that the Malayan Union was formed, amalgamating the Federated Malay States with two of the then Straits Settlements of Malacca and Penang, and with the Unfederated Malay States of Johor, Kedah, Kelantan, Perlis, and Terengganu. Britain’s decision to form the Malayan Union was part of her plan for post-war reorganisation of the peninsula to improve administrative efficiency and security, especially in the face of the increasing threat from the Communist Party of Malaya.

Two years later, the Union morphed into the Federation of Malaya, which achieved independence in 1957. Malaysia as we know it today was only formed in 1963 with the inclusion of Sabah, Sarawak and Singapore. This country was thus born long after my forefathers had settled down, procreated, contributed and integrated into the fabric of society in the Golden Peninsula.

The words of American president Lyndon B Johnson resonate with me when I think of the mosaic of people like my forefathers, who came to Malaya long before it evolved into the Malaysia of today. “The land flourished because it was fed from so many sources – because it was nourished by so many cultures and traditions and peoples,” he said.

The 2020 World Migration Report (WMR) states that in many countries, immigrants tend to have higher entrepreneurial activity compared to natives. Just saying.

Malaysia is what she is today because of the myriad cultures that have contributed towards building her into what she is. I’m not just referring to the largest ethnic groups, meaning the Malays, Indians, Chinese, or the various indigenous communities in West and East Malaysia. Malaysia is what she is today because she has been built on the backs of people from various ethnic groups across South Asia – the Indonesians, Bangladeshis, Filipinos, Pakistanis, Vietnamese, Myanmar nationals and others in the region who have opted to come to our shores to make a living. Let us never forget this.

Mexican-American journalist Jorge Ramos said, “The greatest nations are defined by how they treat their weakest inhabitants.”

Who are our weakest inhabitants today? Minority groups being side-lined or scorned because the brave migratory decisions of their forefathers brought them to these shores? Migrant factory workers deprived of their human rights by treacherous employers? Domestic workers abused by their employers on a daily basis? Undocumented foreigners who are forced to go into hiding because of fear of how they will be treated if apprehended?

Sheila SingamWe are all citizens of the world. It is the leaders of the past who have carved out boundaries on maps and separated us into this or that nation. Migration has been a habit of the human race since the dawn of mankind. The WMR says that “mobility is an inherent characteristic of all populations unless specific policies or other factors are in place that limit or control that mobility.”

None of us can claim to be genetically pure, belonging to just one race. Every one of us has within us the genetic codes of various sub-ethnic groups due to the migratory and conjugal patterns of our ancestors centuries ago. To claim otherwise would make us Hitlerian in our outlook and we certainly don’t want to go there!

Whatever my genetic code or anyone may say, I see myself as truly Malaysian, no matter where my forefathers came from. I am a fourth-generation Malaysian, born after the cry of Merdeka resonated across this land. My love for this country is as deep as can be.

I’ve lived through the riots of May 13, 1969; numerous economic recessions; the rise of racism; a pandemic and changes in government. I’ve listened to the bombastic speechifying of politicians on both sides of the divide, I’ve been sickened by the dastardly acts of scheming leaders and I’ve been devastated at the increasing impact of a pandemic gone out of control, and yet, my love for my country remains unchanging.

In recent times, this country has been featured in the news globally for many wrong reasons. She has been vilified, laughed at, turned into a meme and disrespected, simply because of the indiscriminate actions of some of her misguided sons and daughters.

And yet, there are millions of Malaysians of various ethnic origins who love her enough to want her dignity restored and for her to be elevated to her former glory. I remember that former glory. I remember a land that was highly respected for the values it was built upon and operated on, a land where the varied mosaic of ethnicities was lauded as being the very thing that made us unique.

I recollect a time when my friends and I never looked at ourselves as people of different races, even as we revelled in tasting the different cuisines our mothers prepared for festive occasions. Those were the times we freely held open houses and served home-cooked food and no one questioned our decision to partake of it.

I recollect also a time when the realities of a multi-racial society were openly portrayed in timeless movies made by the likes of the late P. Ramlee and his ilk and where the Rukun Negara held centrestage at every school assembly to remind us of the values we should hold dear. I often reminisce, too, about how the Negaraku was played at official functions and even in cinemas across the land, and I lament the fact that some of our young Malaysians do not even know the lyrics of their national anthem.

Call me a romantic, call me an idealist, but I want my country as I knew it back. I want to see integrity held as a virtue above all else, and not ridiculed as being a citadel of the naïve.

I want to see equality and meritocracy in all segments of society and the economy. I want to see justice prevail at all levels, and all who reside on these shores – citizens and migrant workers alike – treated with respect and dignity.

I want to see words like “pendatang” eradicated for all time from our vocabulary and authentic leaders who will put the interests of this country first and who will steer its course with love and dedication to her glory.

This is my Merdeka wish and I urge all Malaysians, whatever your faith, to join me in offering this wish up as a prayer for our nation today.

Sheila Singam is the founder of Human Equation, a development consultancy specialising in mindset change and innovation. She loves her country and is proud to be Malaysian. The views expressed here are entirely the writer’s own. 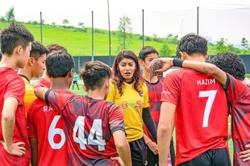 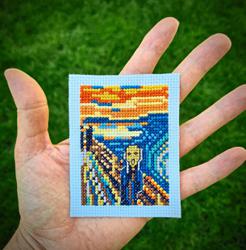