This couple owns over 11,000 penguin-themed items - and they aren't done yet

Berends (left) and Kirchhoff pose with some of their many penguin-themed items at the Penguin Museum in northern Germany. Photos: dpa

To the naked eye, it's nearly impossible to see the details: The glass penguin, only measuring half a centimetre, spreads its wings and is painted in four different colours.

According to Guinness World Records, this tiny figurine is part of the world's "largest collection of penguin-related items", which belongs to German couple Birgit Berends and Stefan Kirchhoff.

The pair already has four entries in the Guinness Book of Records, the last one from 2011 with over 11,000 items. Now they are working towards recognition from the German Institute of Records.

According to Olaf Kuchenbecker, founder of the records institute, the couple can count on having set a record.

"I know of no other penguin collection that is bigger than this one," says Kuchenbecker. 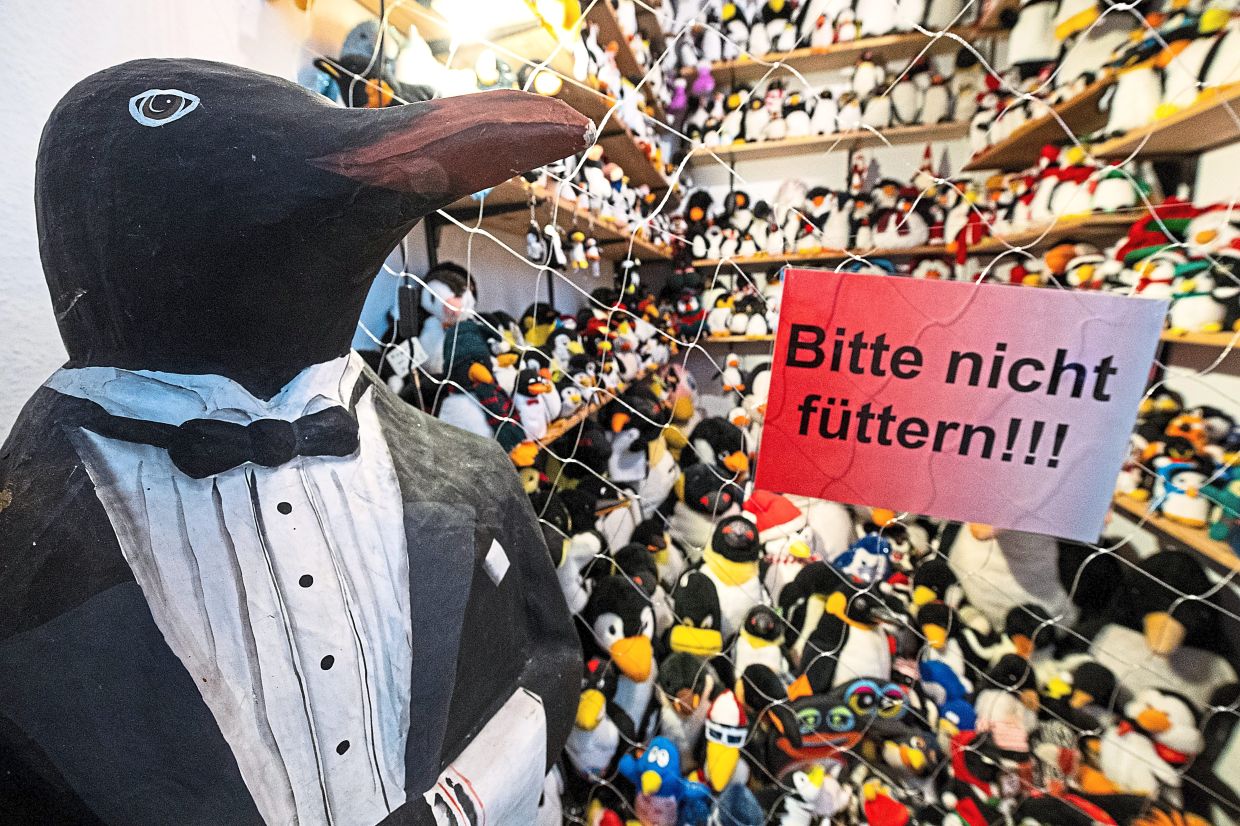 Stuffed animal penguins make up just part of a collection in northern Germany dedicated to the flightless birds that has set several records.

Berends and Kirchhoff also operate the Penguin Museum in the German port city of Cuxhaven on a volunteer basis, with about 4,000 of their objects on display. The figurines are made from a variety of materials, including plush, wax, metal, wood and porcelain.

The largest item measures 1.9m. Alongside penguin-themed pens and towels, a skeleton and six different types of taxidermy penguins are also part of the exhibit.

The couple's home doesn't look much different: It's a sea of black and white. For a sense of just how penguin-themed their home is, consider how many sets of penguin bedding they own – 30 – or the 260 different cups featuring the funny, dawdling, flightless birds.

Amassing such an immense collection definitely requires passion, Kuchenbecker finds: "And also a certain level of tolerance, because the objects usually don’t leave much wiggle room when it comes to decorating the home." 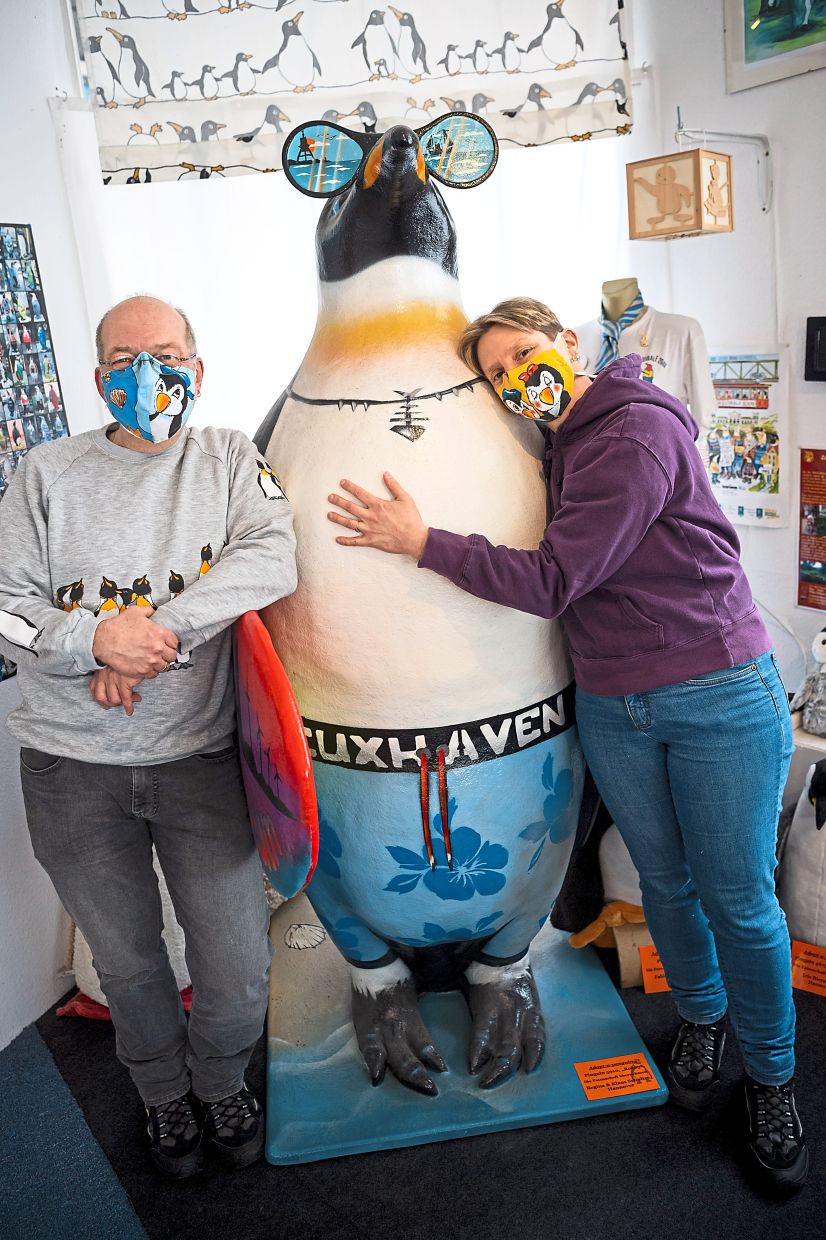 Kirchhoff (left) and Berends posing with a large penguin statue at their museum dedicated to the flightless birds in Germany.

However, Berends and Kirchhoff vow that the next record is going to be their last. "We don't collect anymore" – or so they say.

But the couple has stopped prowling flea markets and shopping on Ebay, and they don't accept items from other collectors anymore.

In 2017, they received over 6,000 objects from a fellow penguin lover who was giving away his collection. "It took me a year and a half to sift through, sort and archive the stuff," Berends says. The couple also had to rent storage space. "We just don't have anymore room."

For the penguin fans, this was one of the signs that led them to decide that this had to stop. They are now planning to sell parts of their collection. "And we'll also start using the penguin-themed toilet and wrapping paper," Kirchhoff says with a smile.

The Penguin Museum, however, will remain open, after it only recently started to receive visitors again after months of closure amid the coronavirus pandemic. The museum has been relying on donations from its members to survive the lockdown.

"There are many penguin enthusiasts," Kirchhoff says.

Berends developed her passion for penguins at the age of 18. Why? 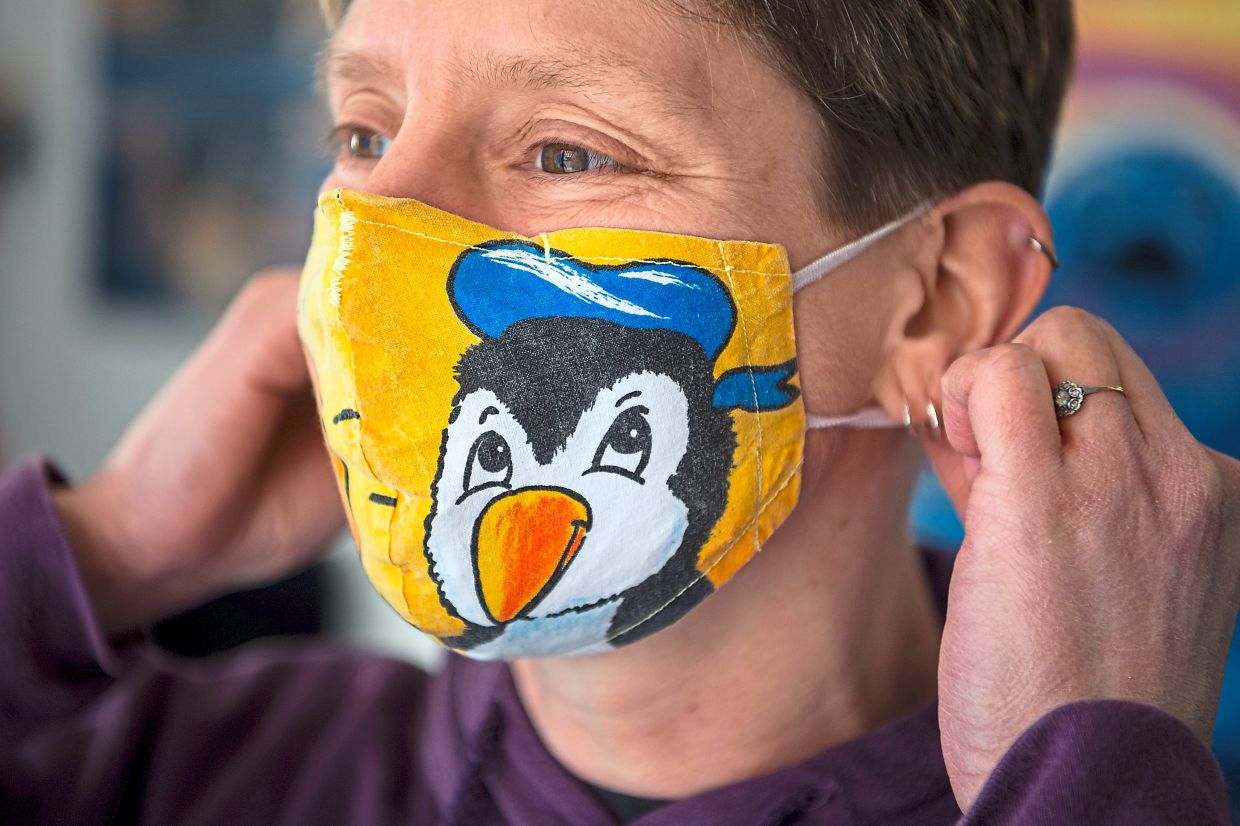 Even in a pandemic, it has to be penguin-themed: Berends putting on her face mask.

"I just think the animals are amazing," she says. When her partner eventually joined her in her hobby, there was no stopping them, and the couple decided to go for a Guinness World Records entry.

In 2006, their collection, then comprising 2,520 items, was officially recorded as the largest penguin collection worldwide.

But the couple doesn't only stick to inanimate objects. They have travelled far, from New Zealand to South Africa, the Falkland Islands and even to Antarctica, to observe penguins in their natural habitat.

Next on their list of places to visit: A penguin care station in Christchurch, New Zealand – as soon as the pandemic allows it. – dpa 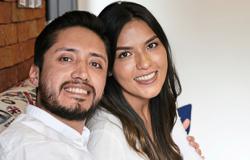 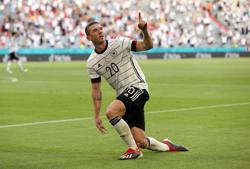