Rizal (left) and his friends visiting a recipient (in green) in Perlis to help the family with groceries and home repairs. Photos: Rizal Khalif

On New Year’s Day in 2019, a few friends knocked on the door of a rented house in Kampung Melayu Subang in Shah Alam, Selangor. They were strangers to the occupants – a single mother with nine children, the youngest who suffered from Down Syndrome and a hole in the heart condition – but they were there to help.

That was how the #ketukpintu (which means “knock on the door” in Bahasa Melayu) initiative first started.

“We introduced ourselves and managed to convince the family that we had knocked on their door because we wanted to help,” says the founder of the initiative Rizal Khalif, 45.

The four friends, who pooled their money together, then invited the family to go grocery shopping and stock up on food and necessities.

“I still remember how bright the kids’ eyes were, knowing that they would be having fried chicken for lunch that day. Something which is taken for granted by many is a luxury and rare treat for them, ” he says.

“We came as strangers and left as strangers bearing huge smiles after seeing the joy in the faces of the kids and their mum. I’m sure they never expected that some strangers would visit and help them have a good start to the year,” he says.

New Year’s Day was chosen to start the initiative because it can be a time of anxiety for some people.

“While many of us celebrate the New Year, for some, it means more expenses, especially those with school-going children, and that can be very stressful,” says Rizal.

To date, Rizal and his friends have visited 10 families from all the different states in Peninsular Malaysia – mostly before the pandemic – except Melaka and Negri Sembilan. 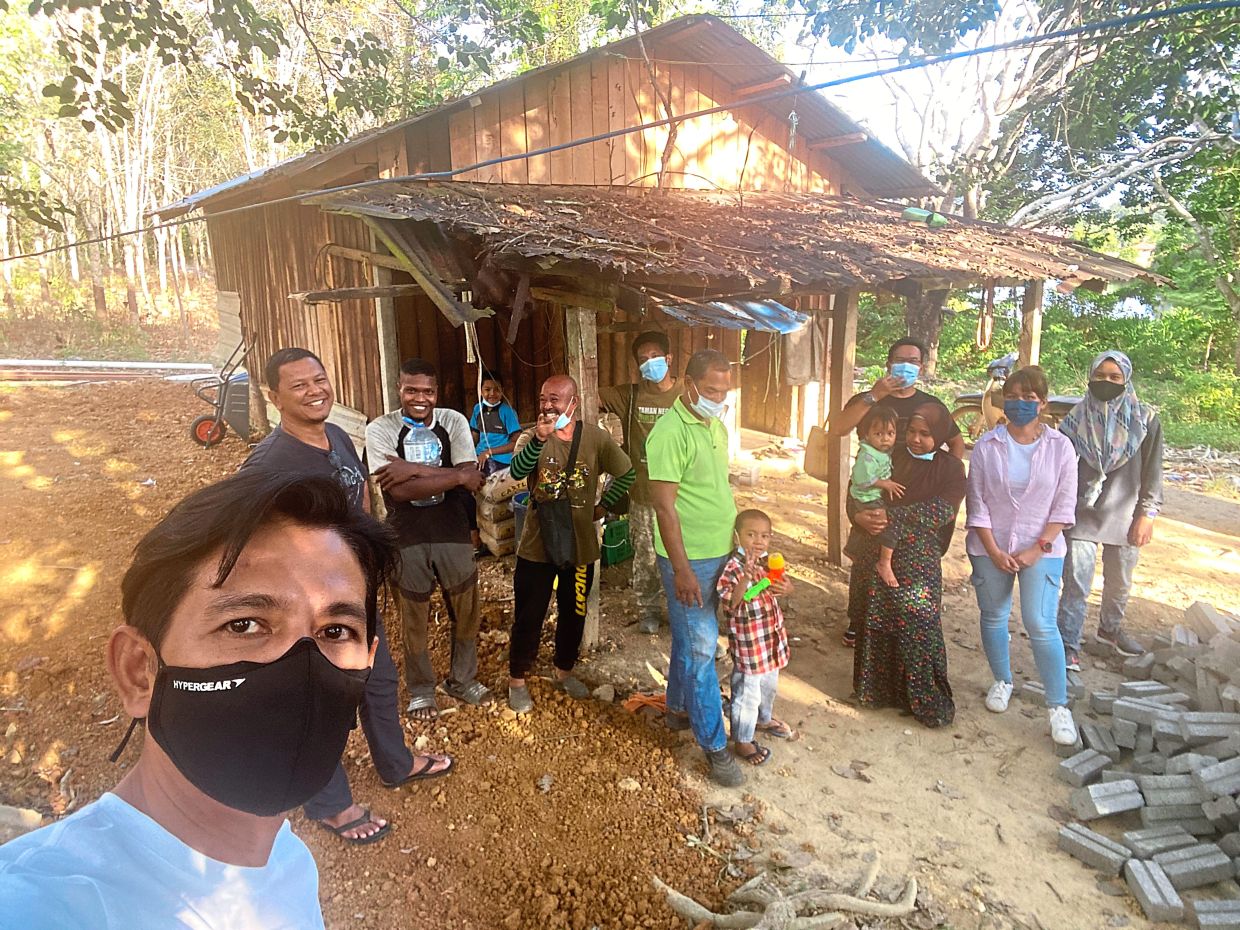 Rizal (left) on a #ketukpintu visit in Kuala Tahan, Pahang.

Every month, Rizal will identify a family to assist. Funds are contributed by his friends and social media followers.

“We started off pooling our own money to help these families. Then, when our friends and social media followers saw our efforts, they messaged to ask if they could also contribute or participate,” he shares.

“So we decided to open up such opportunities to others. Once the recipient is identified, we’ll post it on our personal social media channels. Contributions are on a per project basis, with a specific time frame, and all funds are used for that particular family once the time frame is reached.

“Every single sen goes to the family and we don’t use any of it for our own logistics costs, which we bear by ourselves,” he clarifies.

They have a process of selecting the recipients.

“Each month, we’ll select a state to go to. From there, I’ll post it on social media, requesting for suggestions. We’ll also contact our friends living in that particular state to help us identify such families in need, and make the selection based on images and details of the families, and feedback from our contacts.

“Of course, trusting our gut feeling is also important,” he adds. 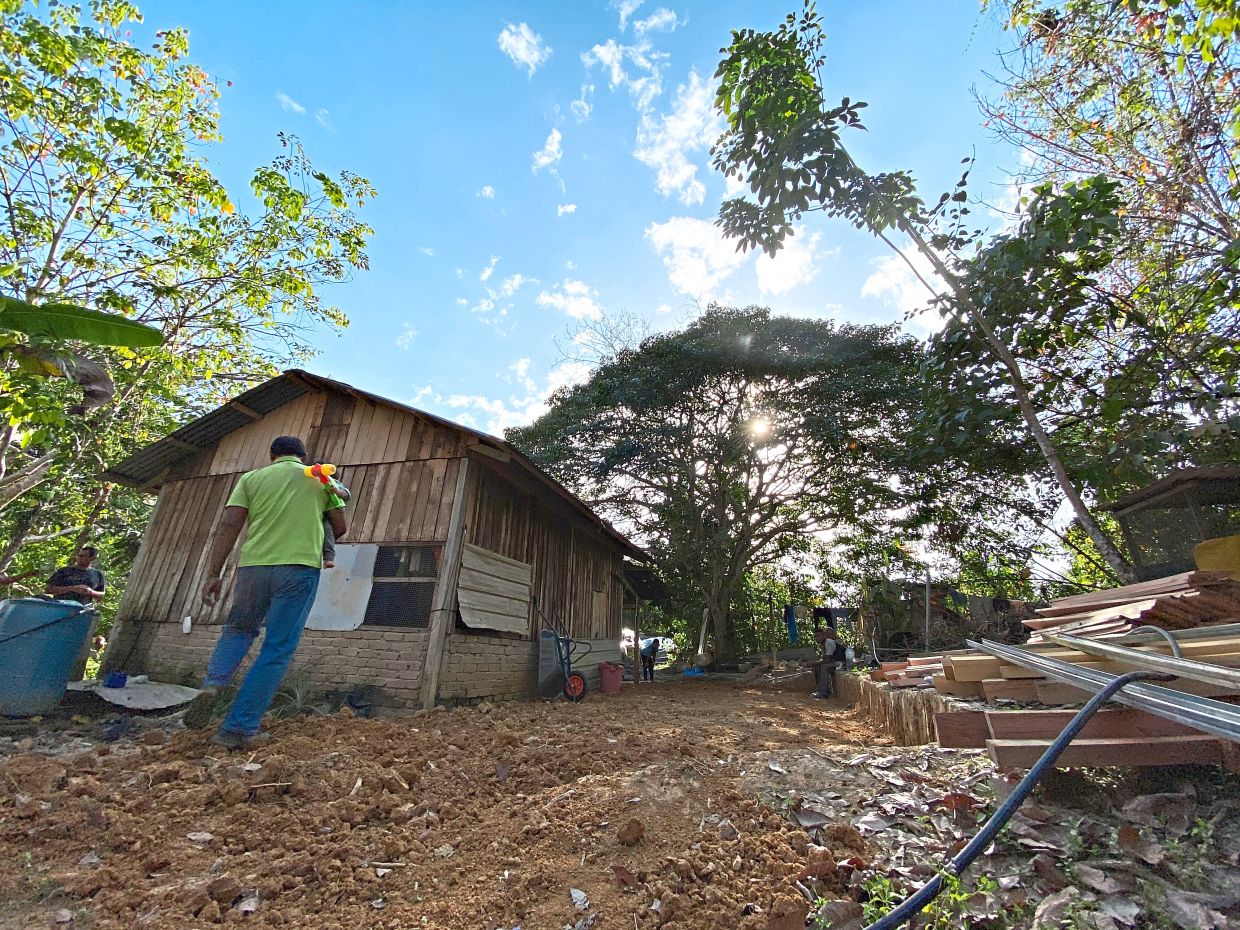 Visiting a family in Kuala Tahan.

On a chosen date, Rizal would invite a maximum of four friends – including his #ketukpintu partner, Tuan Faizul Tuan Abdullah – to visit the family and provide assistance. “Usually, there are five of us as we don’t wish to overwhelm the family,” says Rizal.

“This also includes two female friends because many of the families involve single mothers, hence it’s more appropriate for the women to be there,” he explains.

“Usually, I’ll invite different people each time because after being exposed to the experience, the participants will start similar charity efforts themselves,” he says.

Besides helping the families with meals and groceries, they also arrange for local carpenters to repair their houses, purchase electrical appliances and give them some cash for other necessities.

Rizal reveals that little is known about #ketukpintu because he was initially reluctant to tell people about it.

“As Muslims, we believe that charity efforts should be done without much publicity because people may misconstrue it as showing off. But after much thought and through the encouragement of friends, we realise that there are so many people out there who are suffering, and we want to encourage more people to start their own initiatives to help the less fortunate, and that can only be done through publicity,” explains Rizal.

Due to the pandemic, their efforts have been impacted to a certain extent.

“The element of personal involvement is necessary for this sort of initiative, and during the movement control order, that’s just not possible,” he says.

Rizal recalls a family they had visited in Perlis. 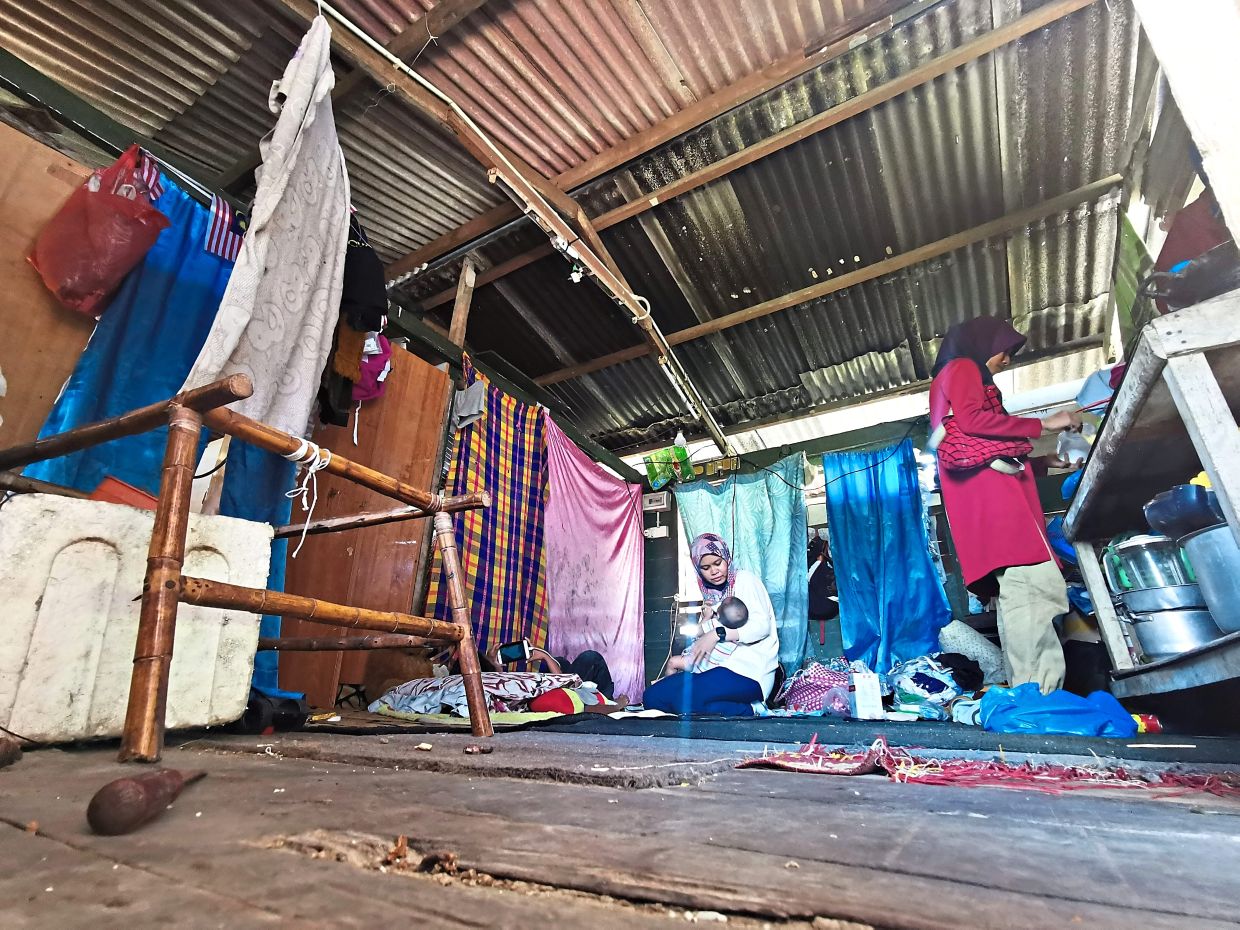 The home of the family in Perlis that Rizal and his friends visited under the #ketukpintu initiative.

“Besides helping them with funds, groceries and home repairs, we also bought them a fan. The weather had been super hot and it was the first time the baby had actually slept with a fan!” he exclaims.

During the pandemic, they’ve had to change their way of helping the less fortunate.

“We roped in friends nationwide to help identify families in need within their local communities, provided them with a budget per family, and then they arranged to purchase the basic necessities to send to the families. Using this method, we were able to provide groceries to over 200 families all over Malaysia, including Sabah.

“But having said that, it’s not our style and we still prefer to be personally involved in the visits and interaction with the families,” he adds.

Rizal shares many sad, touching moments with some of the families in his previous visits.

“In Trengganu, a six-year-old boy kept asking me to carry him and play with him. He showed me his parents’ photos on a phone and sadly, we found out both his parents died in a car accident a few weeks earlier,” he says.

“In Muar, we brought a single mum and her two kids to a restaurant to have some asam pedas. The 11-year-old daughter ordered only plain rice and omelette. When I asked her if she wanted asam pedas fish or fried chicken, she declined. Apparently, she had only eaten plain rice and omelette all these years and had never tasted other food like meat, so she was reluctant to try,” he says.

“It’s so sad to see this when so many people complain about their food and take it for granted, while others don’t even have the chance to have a proper, decent meal,” he voices.

He urges Malaysians to rise up and help those in need.

“We need to open our eyes, look around and start helping others. It doesn’t have to be a huge thing; small efforts also help and it’s best to start in your own backyard. And it doesn’t just have to be financial help, it can be moral support and other areas too,” he concludes. 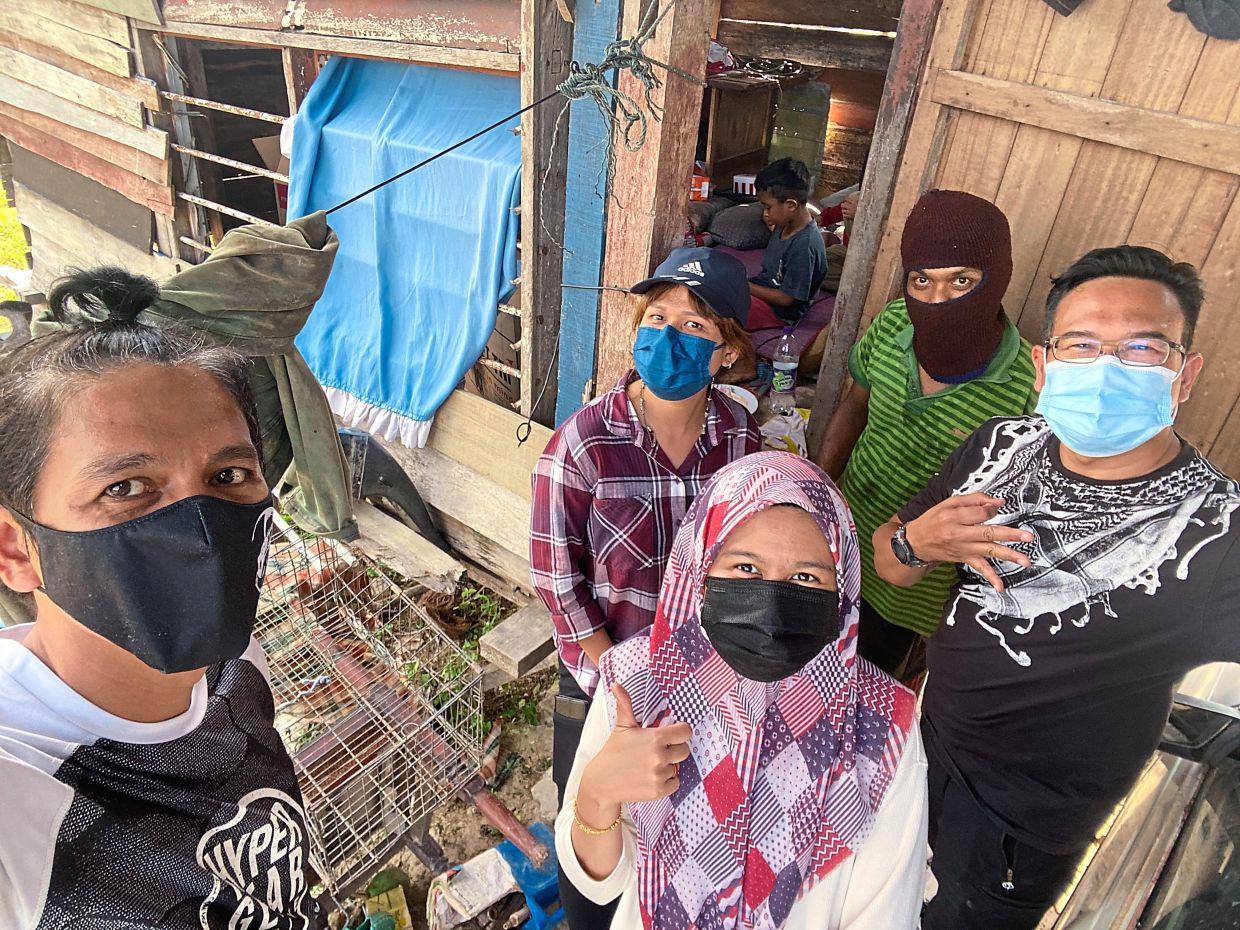 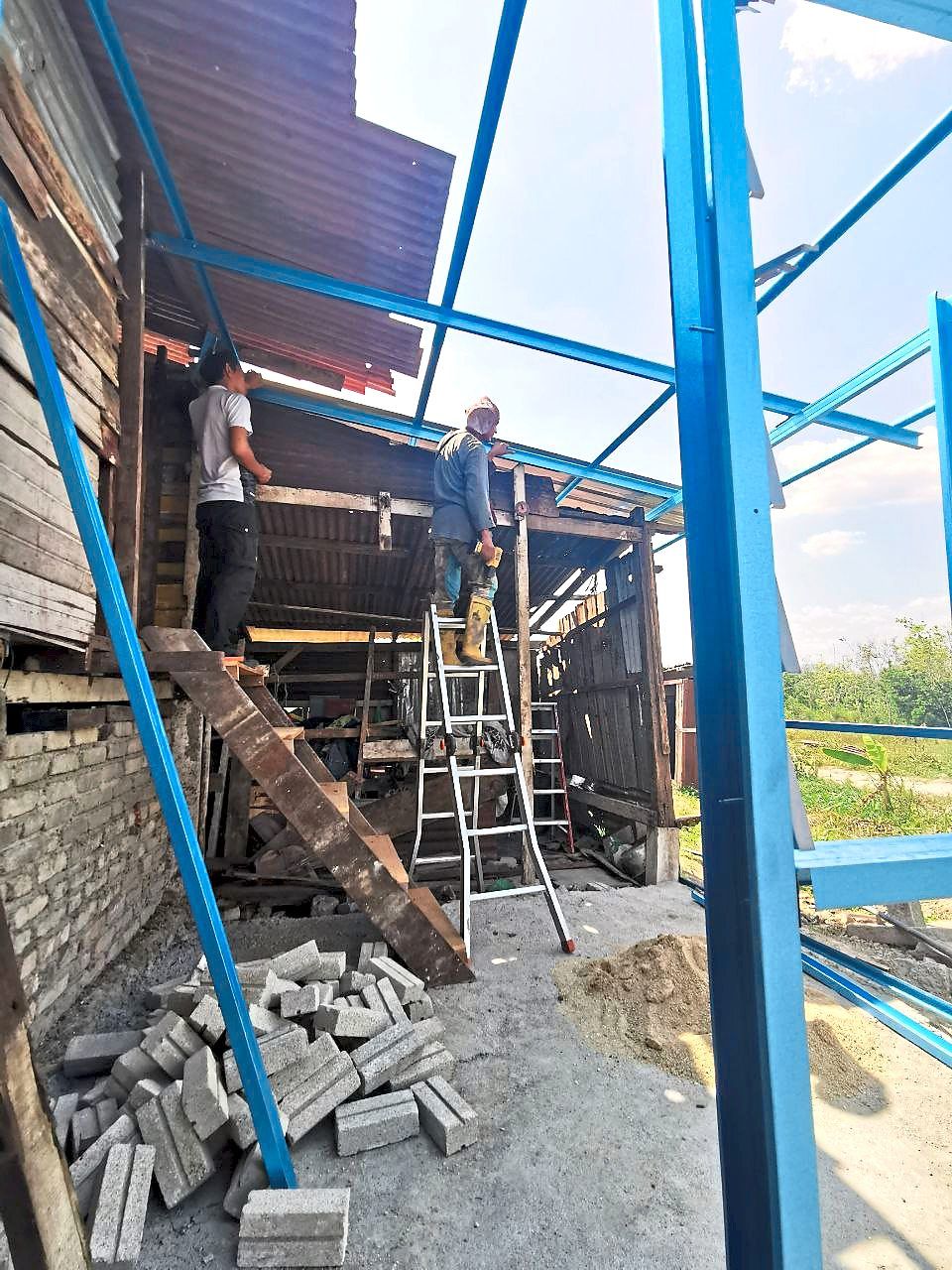 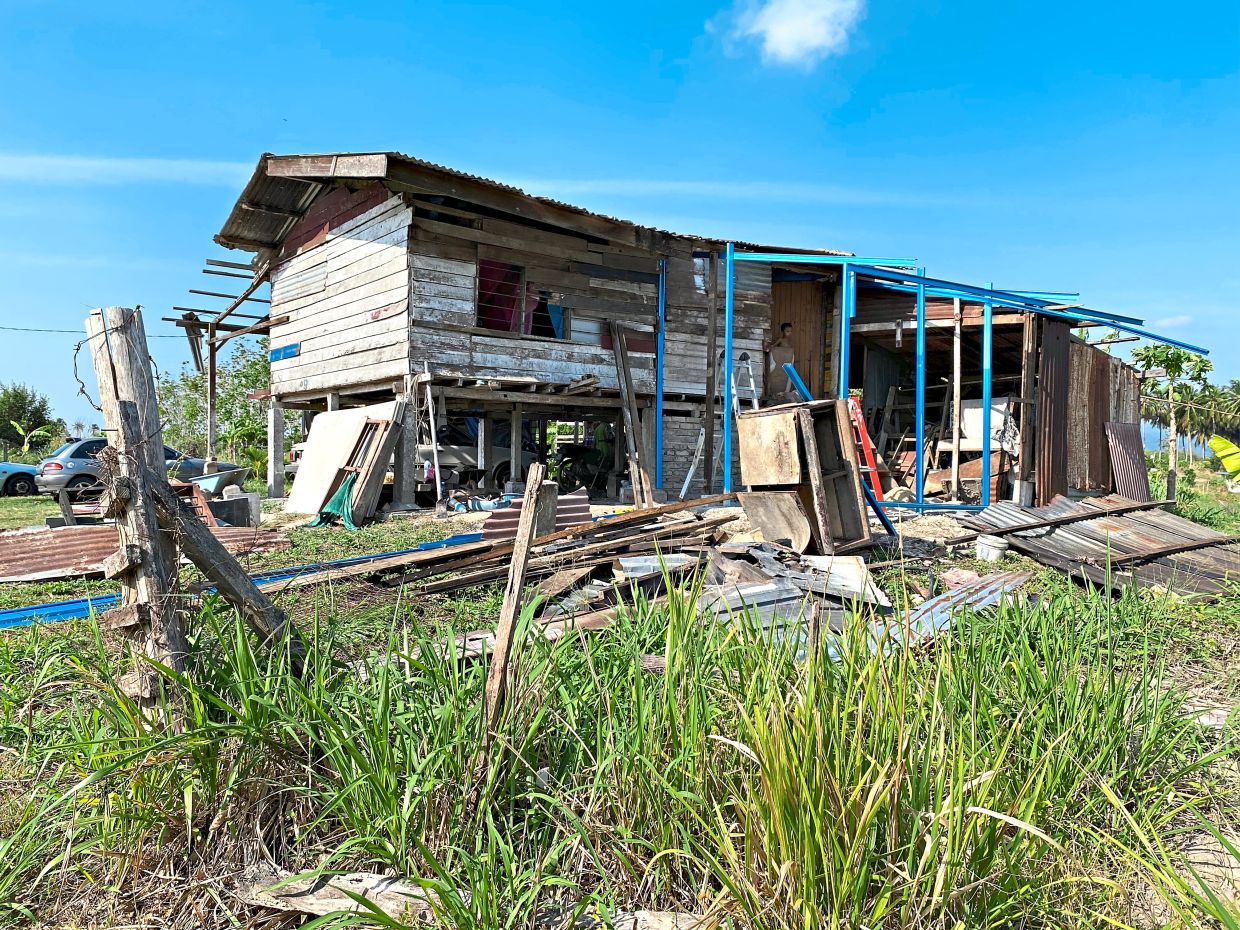 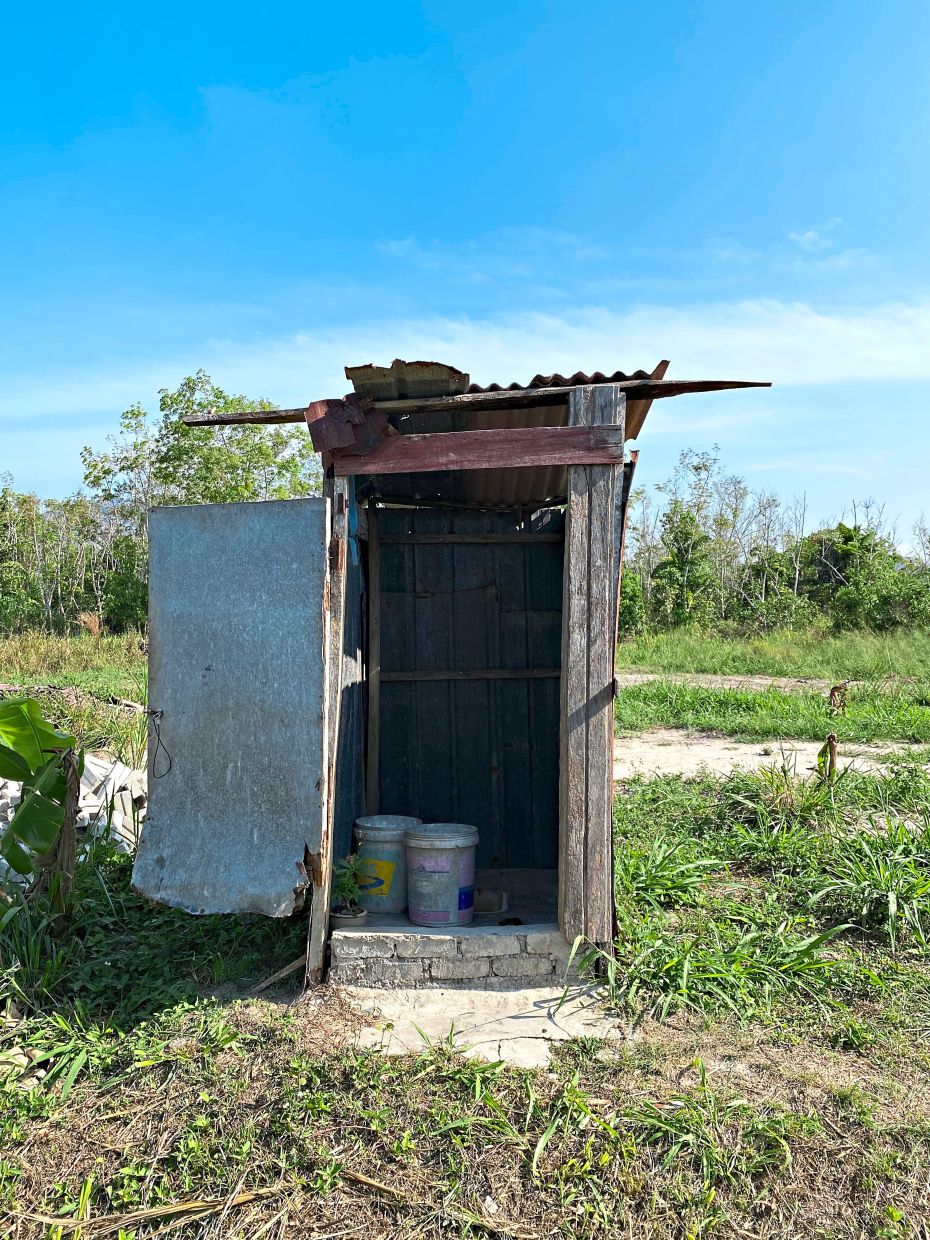 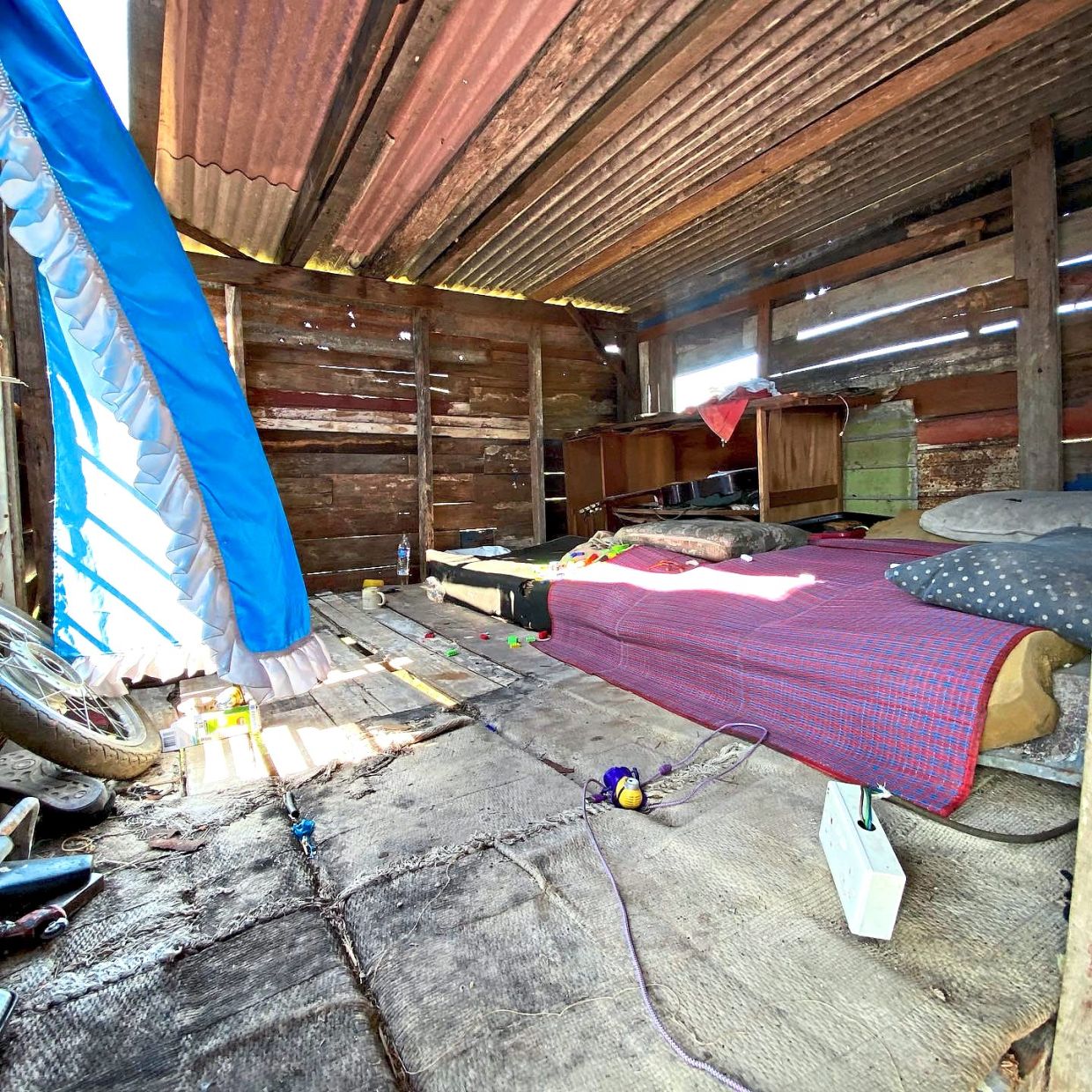 Rizal (left) and his friends visiting a recipient (in green) in Perlis to help the family with groceries and home repairs. Photos: Rizal Khalif

Visiting a family in Kuala Tahan.

The home of the family in Perlis that they visited under the #ketukpintu initiative.

Helping to repair the home of the family in Perlis.

The dilapidated condition of the home of the family that Rizal and his friends visited in Perlis.

The home of the family that they visited in Perlis.

Many of the families don't even have amenities such as a proper toilet/bathroom.

The 'bedroom' of the family that they visited in Perlis.

The living room of the home of the family that they visited in Kuala Tahan, Pahang.

Spreading the love through an online video contest