A mature couple sitting together on a sofa watching television. Photo: AFP

New European research has found that despite the change in times, men and women all around the world still look for the same things when seeking a partner that they did three decades ago.

Carried out by researchers at the Norwegian University of Science and Technology, the new study asked 14,399 heterosexual participants from 45 different countries to investigate how people select their partners.

The researchers wanted to see if, after 30 years of social changes in equality and attitudes, the findings of a previous study carried out back in the 1980s by one of the team, psychologist David Buss, still held up.

In this study, Buss surveyed people in 37 countries to find out which traits men and women in different cultures find attractive in the opposite sex.
He found that in some cases, men and women look for the same things, for example "friendliness" and "intelligence" were considered to be the most attractive qualities by both sexes.

However, women placed more importance on good health and "good financial prospects" than men, whereas men thought that "good looks" were more important than women did. And while women across all cultures often preferred older men, men preferred younger women.

The new findings, published in the journal Psychological Science, showed that not a lot has changed over time. In most cultures, women still care more about financial security than men and still often prefer an older partner, whereas men place more importance on good looks than women and still prefer younger women.

When the researchers looked at certain trends in their own country of Norway, the data gathered from Statistics Norway also showed that women and men still live together, marry for the first time, and have children at around the same age as they did back in the late 1980s.

"Evolutionary psychology's classic studies of gender differences in partner preferences have shown themselves to be robust over time and place," says Professor Leif Edward Ottesen Kennair.

"The study strengthened the evolutionary psychological explanations. We've also gained deeper insight into some of the phenomena associated with partner preferences and what affects gender differences and similarities," says Professor Kennair. – AFP Relaxnews

Lovebirds pining for their partners eager to meet up again 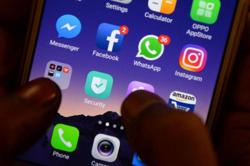