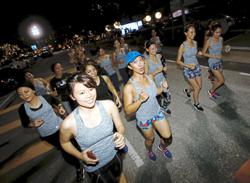 In the USA, the fortification of cereal grains with folic acid contributed to a decline in defects of the brain and spine in newborns. — JESHOOTS/Pexels

In April 2022, the Health Minister of the UK initiated a review into whether food and drink can be fortified with vitamin D in an initiative to reduce health inequalities in the country.

This is probably a good idea, especially in a country where one in six people are suffering from vitamin D deficiency, and that is not only because the UK does not see much sun for half the year. In many cases, people are just not eating food which contains enough vitamin D to maintain a healthy diet.

Anyway, this brought up an investigation into the interesting subject of food enrichment or fortification, which turned out to be more complex than one would expect.

The first food item that was fortified for mass consumption was salt, and it happened in the USA in the 1920s. Then, many people in parts of the US were suffering with goitre (enlargement of the thyroid gland), and one of the main causes was a deficiency in iodine.

A large area covering the Great Lakes, the Appalachians and the Northwest was even called the ‘goitre belt’ as the disease was so endemic there. The solution by the government was to add iodine to salt, and the entire goitre belt disappeared within a short period of time. Most salt around the world is fortified with iodine, which helps prevent enlargement of the thyroid gland. — COTTONBRO/Pexels

Iodine is still added to salt to this day, and it is probably a good idea to consume iodised salt at least occasionally, especially if one is not certain of obtaining iodine from other sources. The reason is that iodine is a component of thyroxin, the critical hormone responsible for maintaining the metabolic rate of a human body.

Also, research has indicated that iodine deficiency is currently the leading cause of preventable mental retardation in the world. And introducing iodine can help boost the IQs of people with previous iodine deficiencies.

Even assuming there is a general availability of food, there is still a huge global issue with food that is chronically deficient in important micronutrients such as vitamins and minerals. This undernutrition state is sometimes called the ‘hidden hunger’, and it causes 45% of all deaths in children under the age of five in poor or underdeveloped countries.

Deficiencies in basic nutrients such as iron, zinc, vitamin A, etc, have compromised, and continue to affect, the physical and cognitive abilities of many millions of people globally, usually in poorer countries.

Put simply, many people around the world simply do not have access to the variety of nutrient-rich foods needed for a healthy diet. And their countries are too poor to fortify their food with the essential nutrients needed to improve their well-being.

In developed countries, it has been recognised for decades that food fortification is a cost-effective strategy for improving the welfare of their citizens. Food fortification is defined as the practice of adding selected vitamins and minerals to commonly consumed foods to enhance their nutritional value. 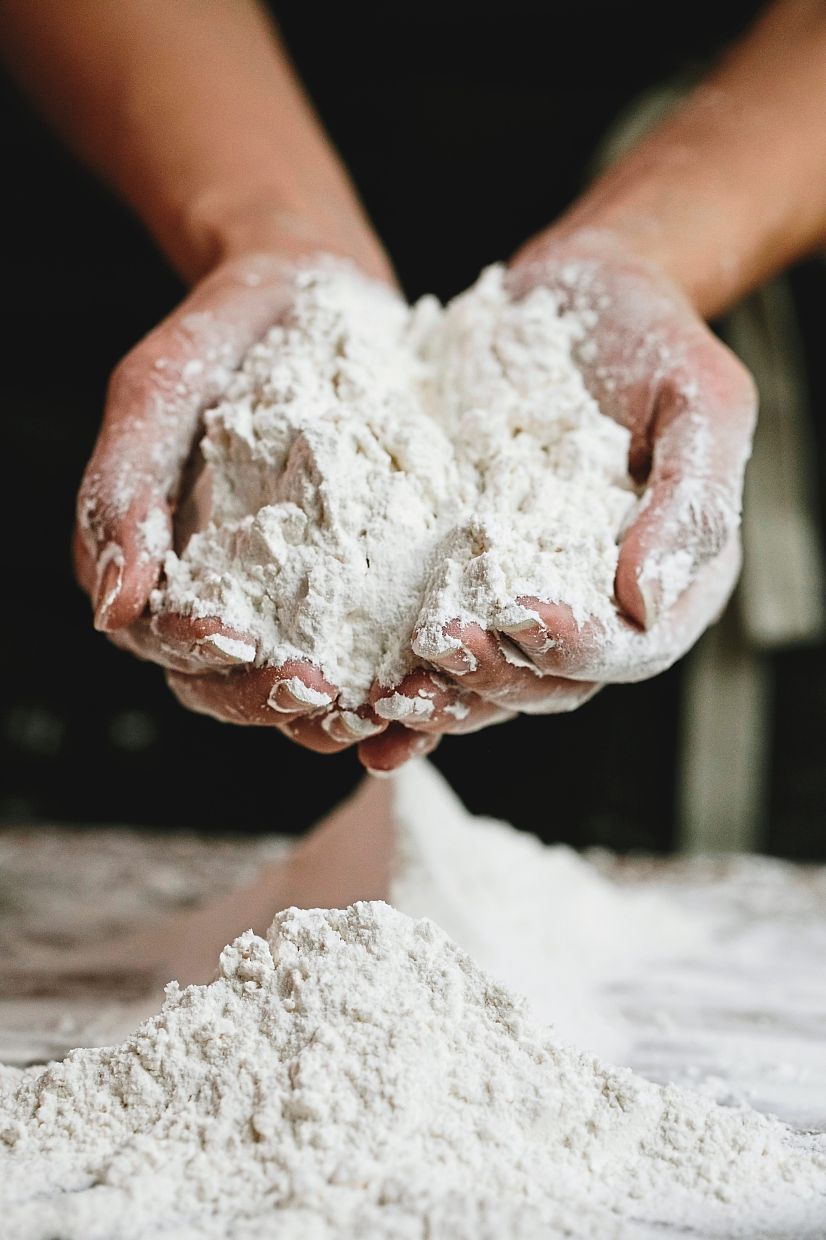 According to the columnist, in the United Kingdom, it is mandatory to add vitamins and minerals like calcium and iron to white flour to replace the nutrients lost during milling. — KLAUS NIELSEN/Pexels

Foods which are processed, such as skimmed milk, are also fortified to return the processed milk back to the same levels of micronutrients lost via skimming whole milk. Another example is flour. Under UK law, it is mandatory to add calcium, iron, thiamine, and niacin to white flour to replace the nutrients lost during milling.

There are lots of other foods fortified for health reasons, and many people are now reliant on fortified foods for their intake of some nutrients. The British Nutrition Foundation estimates that fortified breakfast cereals are providing up to 30% of the iron intake of the UK and approximately 24% of vitamin D.

Also, as vegans do not eat meat, the only reliable source of vitamin B12 for them is often via fortified cereals. People who want to include some Omega-3 oils in their diets can find it in fortified margarines.

The most compelling story is probably about how defects of the brain, spine or spinal cord in new-born infants have dropped by 35% since fortification of cereal grains with folic acid was made compulsory in 1998 in the USA.

Standards and controls for managing food fortification usually follow guidelines published by the Codex Alimentarius, which is an international organisation led by the FAO and WHO.

The most common term one would read on food labels is the RDA (Recommended Daily Allowance) which is set by the Institute of Medicine in the USA and Canada.

The RDA is based on the EAR (Estimated Average Requirement) from the Codex Alimentarius, which is defined as the average daily nutrient consumption estimated to meet the needs of 50% of healthy individuals in various bands of people segregated by age and sex. To derive the RDA from the EAR, 2 standard deviations are applied to the EAR so that RDA levels cover 97.5% of the population.

Lesser known is the UL (Tolerable Upper Intake Level), which is defined as the highest average daily nutrient intake level of a nutrient unlikely to cause adverse side effects in 97.5% of healthy individuals grouped in various sex and age population bands.

Basically, it is not a good idea to exceed the UL when consuming any nutrient. Some nutrients have nasty effects if over-consumed, and the UL defines the upper limits of consumption.

In Denmark, fortified foods are banned (except those approved by the Danish health authorities) as the Danes consider such foods to be excessively fortified with iron, calcium, vitamin B and other added nutrients. Whether this is ban is justified is yet to be determined, as no other country has banned fortified foods, as far as I know. 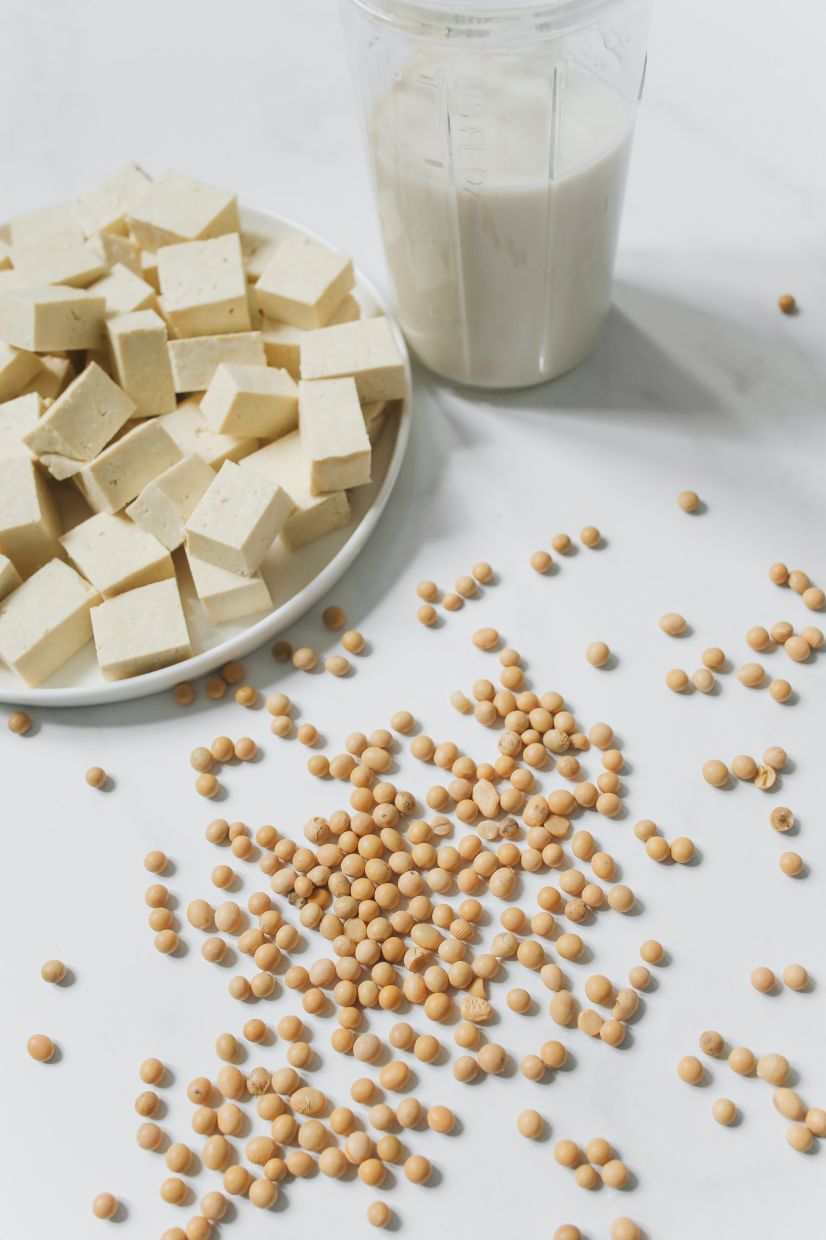 In the EU, skimmed milk and soy milk are fortified. — POLINA TANKILEVITCH/Pexels

One possible Danish concern is the possibility that infants under the age of two can consume too much iron from their cereals. The worry is that very young infants eating too much iron can cause iron to accumulate in the brain, which may increase the chances of Parkinson’s Disease (PD) in later life.

Although there is evidence that iron accumulation in the brain is linked to PD, it is not established that eating fortified cereals when under the age of two is connected to PD in later life. Brain iron accumulation is likely to be affected by other more compelling factors such as impaired iron homoeostasis, neuroinflammation, and blood-brain barrier defects, all of which can occur in adulthood and/or caused by various diseases at any point during life.

In the rest of the world, where legislation exists to cover fortified foods, the emphasis is normally on ensuring that such foods accurately contain the amount of nutrients specified by the labelling of the manufacturers or follows the guidelines of the Codex Alimentarius or local government regulations.

Not all fortified foods are healthy, especially if they include excessive amounts of unhealthy items such as sugar and/or salt. Some food producers attempt to create a “healthy because I am fortified” image to sell more products, usually breakfast items, so one must be wary of the advertising and glitzy claims on the packaging. No sugar-coated “fortified” cereal is ever a good alternative for a balanced, nutritious meal.

Also, despite the added nutrients in fortified foods, what matters is the actual amount of nutrients acquired from the food. There is little point in eating a food which provides a tiny percentage of “fortified” nutrition per portion, as one would be consuming mostly junk. Some examples of this are “health drinks” which supply only 1% of the RDA of vitamin C per 100 ml of the drink.

I do not go out of my way to get fortified foods as diets here are varied enough. However, I do take some vitamin D often in autumn and winter when the sunlight hours are reduced. And in spring and summer too as my skin burns quickly in hot sunshine so I avoid the sun anyway. Taking a vitamin D is simple with a drop of vitamin D on some food cooked with oil. It is important to always ingest vitamin D with some oil or fat as the body cannot digest vitamin D without fats. Vitamin D must always be ingested with oils or fat. — PAVEL DANILYUK/Pexels

One issue with vitamin D is that the RDA is probably too low. It is currently set at 200 IU (or 5 mcg) a day in many countries, and this has applied for years. However, recent studies indicated this level is inadequate, especially for promoting an effective immune system against diseases such as Covid-19 as suggested by studies done in 2021 in Spain.

This was supported by 2022 research from Israel which claimed patients with a vitamin D deficiency were 14 times more likely to have a severe case of Covid-19, along with a mortality rate of 25.6% versus 2.3% of patients with adequate levels of vitamin D. However, note that vitamin D does NOT offer protection from catching Covid-19.

Additionally, one should not ingest more than 4,000 IU of vitamin D regularly as the vitamin accumulates in body fat and can then become a poison in the system, causing hypercalcemia, bone pain, gastrointestinal issues, kidney complications, mental problems, etc. The UL of vitamin D is probably rather less than 3,000 IU.

If you are interested in vitamin D, please refer to my previous article, titled Presidential Nutrients. 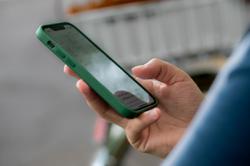