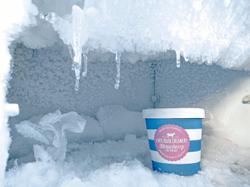 The columnist’s homemade ice cream does not require the use of an ice-cream maker. — CHRIS CHAN

Someone asked recently about how food consumption patterns would change as the world warms up due to man-made climate change. As it is a long, difficult subject to discuss even when sober (and I was already past my fourth glass of wine), I jokingly suggested that the consumption of ice cream would probably increase exponentially. And everyone smiled and thought it was a good answer.

But later I realised that an increase in the consumption of modern ice cream (and many other processed foods) would probably lead to an increase in humans suffering from metabolic syndrome. This syndrome refers to a group of risk factors that increase the chances of disease development and normally refers to factors such as obesity, hypertension, insulin resistance, etc.

One increasingly important factor is the disruption of the Human Gastrointestinal Microbiota (HGM), the wide range of bacterial flora in our intestines, and this disruption is linked to our diets. And probably over-consumption of ice cream.

The ex-Prime Minister of Britain had a hand in creating modern ice cream. Margaret Thatcher was one of the chemists who found that blending high-fructose corn syrup and an emulsifier compound called polysorbate-80 with milk results in a texturally pleasant and smooth ice cream which does not require complicated processing (sometimes referred to as “soft serve” ice cream). Former British Prime Minister Margaret Tatcher was involved in the invention of modern ice cream, which contains an emulsifier that results in a smooth texture. — CHRIS CHAN

This is the cheap ice cream one buy in tubs from the supermarket or get served in fast food chains. It is great for the processed food industry as preparation is easy, distribution is convenient and, importantly, it is very cheap to produce a consistently soft ice cream which tastes cool and delicious on a hot day.

What is an emulsifier and why they are important

Almost every packet of processed foods contains at least some emulsifiers. The most widely used emulsifiers are mono- and diglycerides, which amounts to around 75% of the world’s production of emulsifying agents. There are some natural emulsifiers such as lecithin, but food processing companies mostly use synthetic compounds as their characteristics are more easily controlled.

Additionally, emulsifiers make items such as puddings and spreads smoother and resistant to melting or “splitting” back into liquids and fats. They can also prolong the shelf life of a product. Without emulsifiers, mass food production costs will be higher, and junk food would probably taste less palatable too.

Different emulsifiers have diverse effects on various food ingredients. For example, mono- and diglycerides work best in breads, whereas other emulsifiers are better as liquid thickeners and for making smooth creams. The one often used in ice cream is polysorbate-80. I have written about polysorbate-80 (food code E433) before, and was less than complimentary, partly because the compound is easily (and seemingly quite often) tainted with seriously toxic ethylene oxide and 1,4-dioxane, side compounds associated with the production of E433. However, please note there is no suggestion that responsible food companies would knowingly allow contaminated E433 to be used in food products.

However, research using E433 on rodents have found that very tiny quantities of the compound caused disruption to intestinal flora and induced inflammation in their intestinal wall linings, which then became significant factors in inducing metabolic syndrome in rodents. Such rodents ate more food, gained more body fat and weight, had higher blood sugar levels and were resistant to insulin.

Further ex-vivo laboratory tests found the same inflammation effect of E433 on human intestinal tissue as for rodents. Oddly, very little population-wide research had been conducted on the effect of E433 and other food additives until recently. However, the Mechanistic Nutrition in Health (MECNUT) and the FADiets studies were both started within the last 3 years, but both have been disrupted to some degree by the pandemic. So, the results will still take some time to be known. A French paper found that consumption of the emulsifier contained in ice cream can negatively impact the human gut microbiome. — RON LACH/Pexels

Both MECNUT and FADiets look further than just into E433 and other emulsifiers of course, but a preview of some of their likely findings was published last year in a study specifically on emulsifiers done by the Université de Paris, France.

In the French paper, analysis of human gut bacteria in test subjects found that ingestion of some emulsifiers, in particular E433 and carboxymethylcellulose (food code E466, also known as sodium carboxy methyl cellulose, or CMC) had profound negative effects on the HGM, and the effects are not easily reversible; i.e. the HGM impact is not relieved by simply stopping consumption. It took days and sometimes weeks for the HGM to recover from large doses of E433 and E466.

The good news is that other natural emulsifiers did not seem to affect the HGM as significantly as E433 and E466, though a few carrageenan and gum compounds also caused elevated expressions of pro-inflammatory molecules. At this point, please note that the French study did not investigate human metabolic syndrome directly, purely the impact of a range of emulsifiers on the HGM. The likely metabolic syndrome effect is therefore based on inference.

Tweens and other synthetic emulsifiers

As an aside, there are other kinds of polysorbates, and as a group they are also known as Tweens. The easiest way to identify them is that they all have the prefix “E43” followed by a single digit. In a pure state, none of them are considered seriously toxic by themselves though the USA does limit the use of E433 to not more than 1% in a food product, but other countries apply no restrictions on usage. It is likely that all Tweens have at least some impacts on the HGM.

All the above are approved for food use, but we must wait for more research reports into which or any of them are confirmed as contributors to metabolic syndrome in humans.

If you are interested in food additives and the currently known impacts of additives on diets and human health, there is a comprehensive 6-part series on The Star Online, titled ‘How to count on food’.

Over the years, I have found some easy ways to make ice cream at home, which often tastes superior to the premium ice creams one can buy (in my opinion, of course). It is also a lot cheaper and even better, it is also fun to make. The columnist’s homemade ice cream does not require the use of an ice-cream maker. — CHRIS CHAN

One can make several types in a short space of time and freeze them to be consumed when the sun gets hot. And for the following recipe, one does not need an ice cream maker, just some food quality bags and a freezer compartment in the refrigerator. And a blender or blending stick, plus some tubs to store the ice cream.

400ml thick cream (tinned cream is probably fine, but I am not sure)

1/2 tbsp to 1 tbsp vanilla extract (optional, depends on taste and other ingredients)

Using hand mixer or beater, mix all the ingredients well in a large bowl until fully dissolved

Pour the ingredients into one or more food bags, but just around one-third/one-half full. Seal well and lay the bags in the freezer so that they can freeze as flat slabs of ice cream

When food bags are frozen, take them out and break apart the frozen slabs into pieces. Place the pieces into a food blender, along with any fruits or flavourings you may like (eg, pistachios, or raspberries, or mango, or chocolate powder, etc). Blend the mixture into a thick, soft cream.

Stir in well any whole/liquid ingredients into the cream (my favourites are raisins and rum). Before it melts, scoop the ice cream into tubs and store in freezer.

Take tubs out of freezer about 10 to 15 minutes before eating and serve.One enjoyable way to eat ice cream is to serve it with crepes and a glass of rum or whisky or calvados, but that is just a suggestion. I would also recommend not eating such home-made ice cream every day due to the sugar and fat content. One other alternative for a searing hot climate-changed day is ice lollies. For this, just buy an ice lolly tray from the shops, pour some fruit juices into the ice lolly tray, cover, freeze, and then enjoy the lollies in the sun or to cool down.

One word of caution: Do not use strong alcohol for making ice lollies. They just will not freeze.

Someone found out the hard way when trying to make whisky ice lollies. It was a good idea, but most EU freezers operate at -18C and whisky does not freeze until -27C. 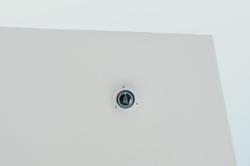