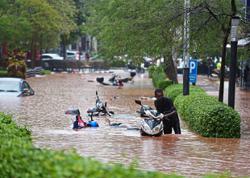 A recent paper estimated that by 2050, the cost of food will be 27% higher than today. — HOBI INDUSTRI/Pexels

In this information age, it sometimes seems that the human species have arrived at an odd, highly curious paradox, where our planet’s future is seemingly completely knowable, but the past which led to our future is uncertain and plagued with unpredictability.

If human activities are left to continue as it is, the current trajectory can only lead to more extreme climate events and environmental catastrophes. Droughts, floods, forest fires, extreme weather phenomena, etc, will simply increase, placing a larger and larger burden on billions of people as they seek to survive such events in the not-too-distant future.

The current anomalous situation in the South Pole where temperatures are 40°C higher than normal (and the North Pole is also 30°C warmer than usual) are strong indications of a significant imbalance in our planetary climatic systems, and this is happening right now.

These real-life temperature variances have not been predicted by any of the climate models used by various international and governmental climate agencies. Such sharp deviations from even the worst-case assumptions of the models may mean that our planet’s climate is becoming increasingly chaotic, and this is not good news.

If one subscribes to chaos theory (a plausible mathematical methodology for modelling our planet’s bizarre behaviour), then one can suggest that our planet is at some tipping point, over which there can be no return. 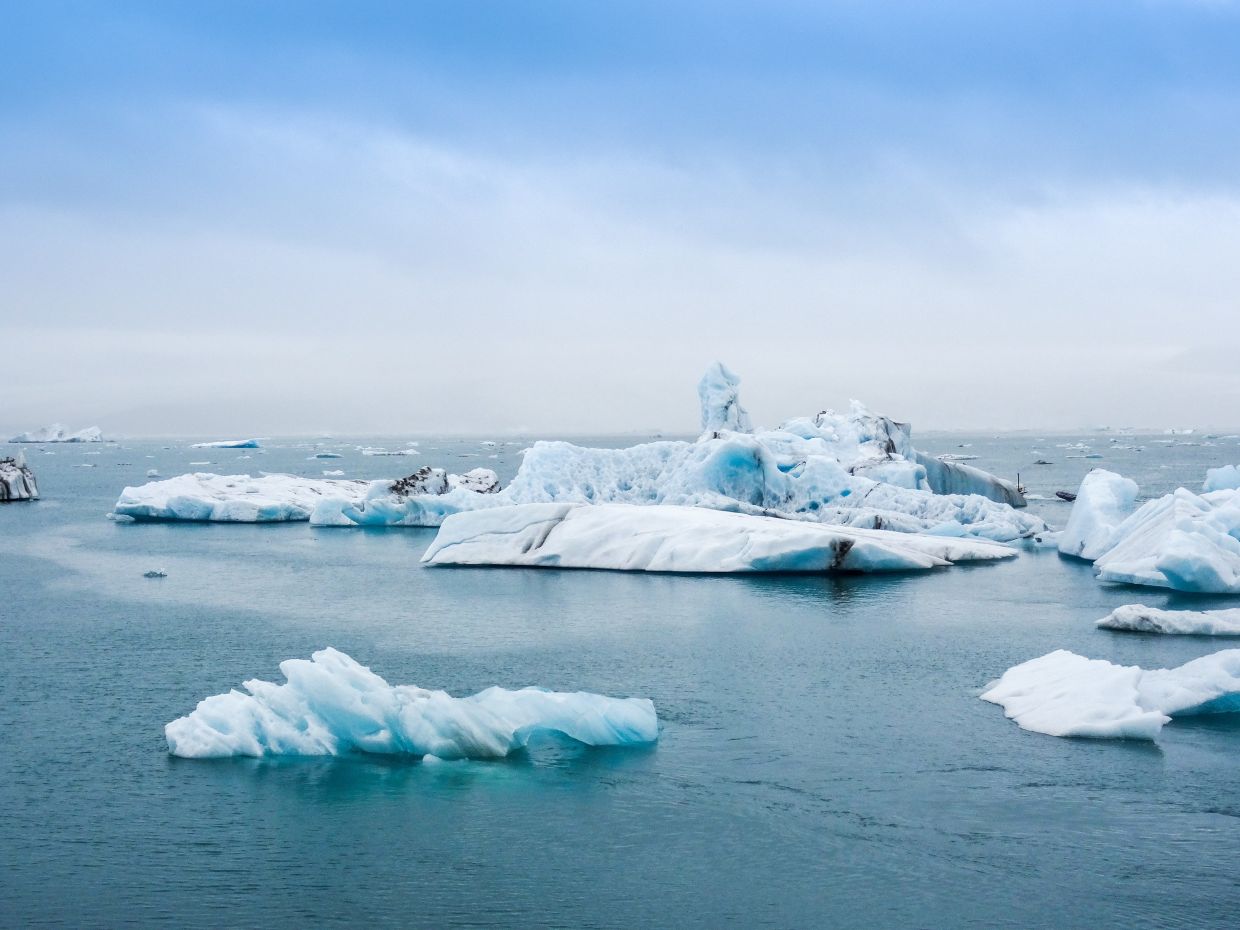 Temperatures in the South Pole and the North Pole are now 40°C and 30°C higher than normal respectively, which is far worse than all worst-case predictions. — GUILLAUME FALCO/Pexels

An analogy might be a mighty oak tree, constantly buffeted by stronger and stronger winds. Initially, the tree stands firm but sooner or later, all the leaves will be blown off. Deprived of leaves and the ability to manufacture food, the tree gets weaker and weaker in tiny incremental steps. One does not notice at first, but bits of branches are continually flying away, then followed by cracks appearing in bigger and bigger boughs until finally the whole tree topples over.

In wind tunnel simulations, it is completely certain that even huge trees will topple over if over-exposed to high winds and inclement weather, but it is completely impossible to ascertain the exact point at which the tree is doomed. That is also how chaos theory as applied to the earth’s climate change and environmental destruction may be interpreted.

Despite the high certainty of the future, it would also be wrong to say that there is nothing humans can do about the situation. An assessment of the costs of food production in terms of greenhouse gases (GHG) based on the EU’s EDGAR database is already provided in my previous article ‘Food and greenhouse gas emissions’.

In the above article, the impact of our food production and distribution systems was around 34% of all GHG emissions in 2015, with every man, woman and child contributing on average well over two tonnes of carbon dioxide (CO2) into the atmosphere every year, just from our food consumption habits. In the EDGAR analysis, there is a lot that can be done to mitigate the amount of CO2 we produce as we can identify the consumption patterns and sources of GHG production. Data shows that every human contributes over two tonnes of CO2 into the atmosphere, just from food consumption habits. — SANDER DALHUISEN/Unsplash

The other good news is that we know the most probable future. Therefore, if we have the motivation, there is probably time left to avoid the worst future outcomes, or at least defer it for several generations.

For most of us at this present moment in time, it often means relatively minor sacrifices and easy changes of dietary habits, many of which are provably healthy and perhaps cheaper for us.

First, let us review a new paper published very recently (March 2022) in Hypertension, a respected journal of the American Heart Association. It was a study of nearly 12,200 people in China between 1997 to 2015 and their protein consumption habits, which were gathered every two to four years. The eight classes of proteins the study analysed were whole grains, refined grains, processed red meat, unprocessed red meat, poultry, fish, egg, and legumes. 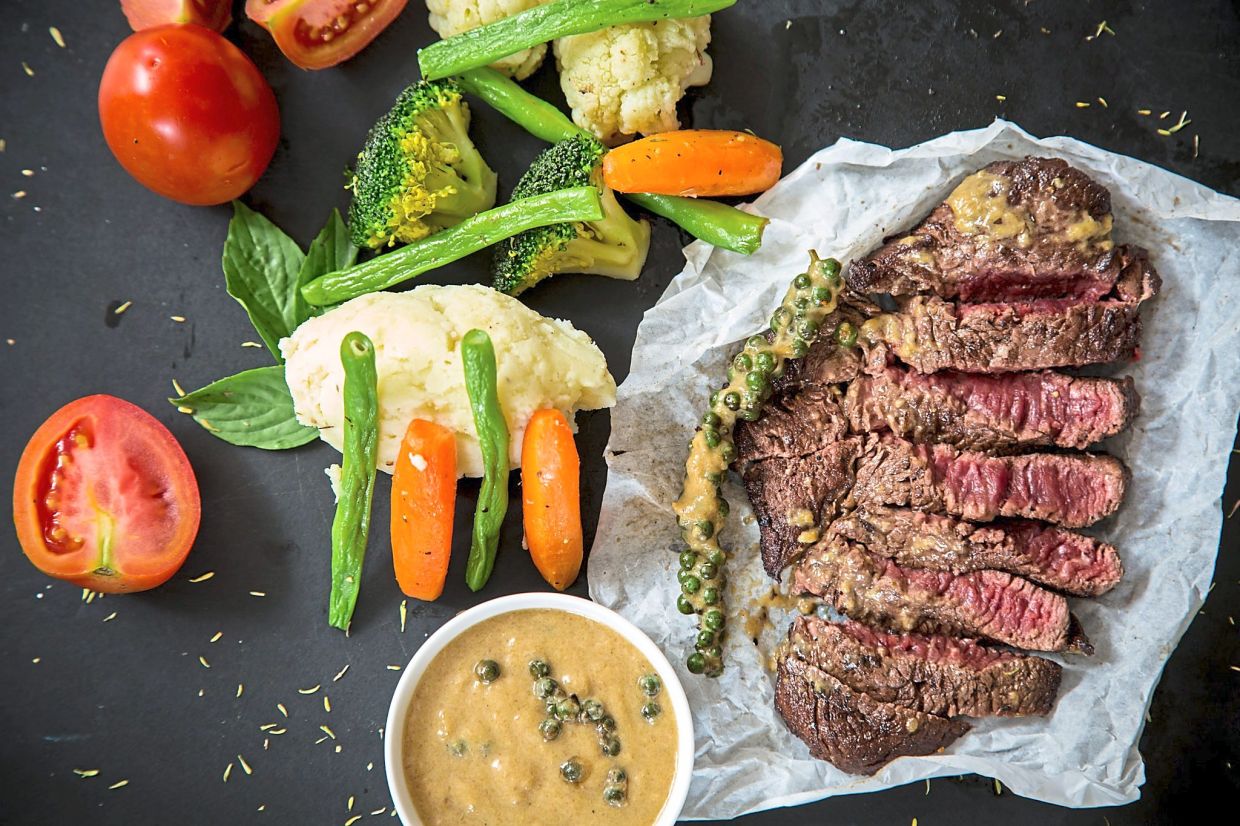 Cutting out red meat and replacing it with plant-based proteins or other proteins will help the environment considerably. — MALIDATE VAN/Pexels

The study suggests that regularly consuming a wide mix of proteins (at least four or more types) PLUS a balanced mix of other non-proteins had the most beneficial impact on hypertension. In practical terms, it basically means a diet of, for example, tofu, beans, whole grains, fish/animal proteins, and greens may be a sensible option compared to daily buckets of chicken and chips.

Red meats are the most expensive proteins to consume, and they also have the worst impact on the environment in terms of GHG and environmental damage. Therefore, cutting out red meats and replacing them with various plant and other proteins will help the environment and is also likely to reduce one’s chances of developing hypertension and other diseases.

Higher cost of food in the future

It is only a matter of time before inescapable evidence of severe damaging climate and environmental change caused by human practices prompts urgent actions by various governments and international organisations. 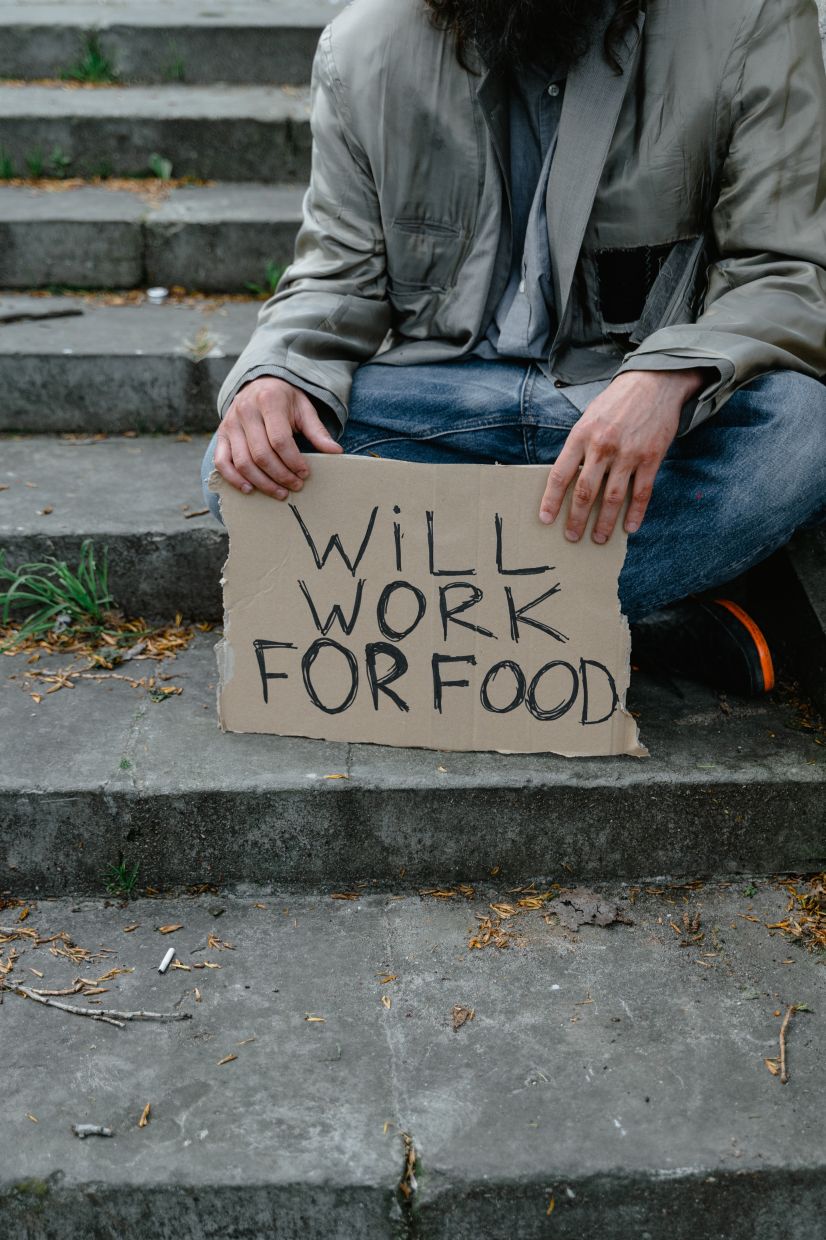 The rising cost of food in the future means that about 420 million people will be at risk of hunger by 2050. — MART PRODUCTION/PexelsMany countries will have to adopt increasingly stringent climate policies, which will necessarily involve other policies for agricultural land management, food-related technologies, and perhaps even mandatory lifestyle changes for many people. A focus will be on “net zero” policies where industrial, commercial, and personal activities will be compelled to either limit or eliminate the output of GHG into the atmosphere.

On a planetary scale (or looking at it from the point of survival of the human species), these policies and related actions are probably necessary, but the cost is also likely to be very high. It is totally certain that adopting such policies globally will cause an increase in the price of food, and therefore there is a high risk that many hundreds of millions of people will suffer from various levels of food insecurity.

A March 2022 paper from the International Institute for Applied Systems Analysis estimated that 420 million people will be at risk of hunger by 2050, when the price of food will be around 27% higher than today, based on today’s purchasing power.

The impact will also not be uniform around the world, with the most affected regions likely to be Africa and Asia.

Why the past is unknown

The Amazon at this very moment is on the verge of tipping over to becoming a net producer of CO2 rather than a vast green lung absorbing CO2 on behalf of the planet. This will happen within our lifetimes and is due to the unparalleled deforestation and resulting environmental damage of the Amazon forests.

At some future point in time, there will be excuses offered as to why the rest of the world sat on their hands and did nothing while the world’s largest rain forests were decimated. 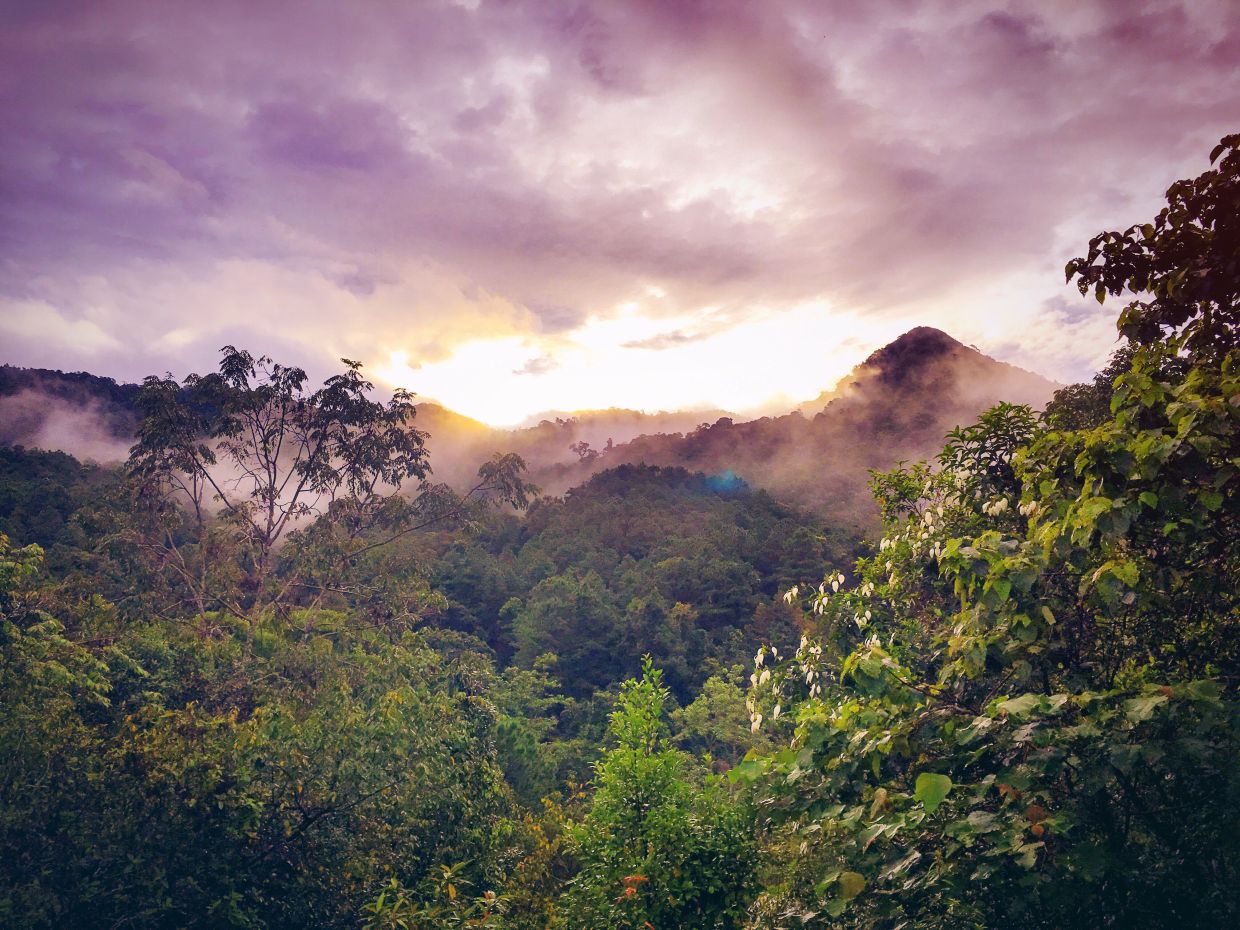 According to the columnist, it is very likely that the Amazon rainforest will become a net producer of CO2 in our lifestime. — CHENNAWIT YULUE/Pexels

The same sort of stories will also probably be invented to explain, for example, why the annual uncontrolled burning of pristine forests in Indonesia was allowed without reprimand. And one day we will find out how today’s incredible 40°C warming of the Antarctic will be explained, and how extreme aberrant events like these may or may not have affected Earth badly.

It is feasible that better analytical technologies in the future may be able determine the precise inflection points that changed our planet, and how these inflection points were allowed to develop. Then we or our descendants may finally learn about how the Earth stopped being a pleasant, green, bountiful planet for humans and became a more fickle, temperamental, arduous world where survival of the human species may or may not be assured.

But at this very moment in time, we do not know what the future will say about the past, even while we know what the most probable future will be. The point is that we can do something now to make things better, and it makes sense to do so while the costs are still minimal and acceptable. In the most probable future, the cost of caring for our only planet will certainly be much higher than today.

INTERACTIVE: Are Malaysians keeping up with the tradition of breaking fast with dates during Ramadan?