Crystal (second from right) practising with some of the other Chinese orchestra members at the Hin Hua High School in Klang. Photos: The Star/K.K. Sham

Crystal Lim Xin Yin has always been captivated by the sight of someone playing the pipa, or Chinese lute.

It is no surprise then that the 17-year-old Hin Hua High School student from Klang, Selangor, has been learning the instrument for the past five years through the school’s Chinese orchestra society.

“The pipa is a versatile instrument which sounds good for both slow and fast tunes,” said Crystal when we met at her school recently.

The soft-spoken Form Five student started learning piano at the age of six and it was her piano teacher who encouraged her to take up a Chinese traditional instrument. The teacher was a former member of the orchestral society in her school who played the yangqin (Chinese hammered dulcimer).

“It was difficult to learn the pipa at first but soon it became easier to pick up because of my piano theory background,” explained Crystal.

Since then, she has also discovered the wonder of other instruments. 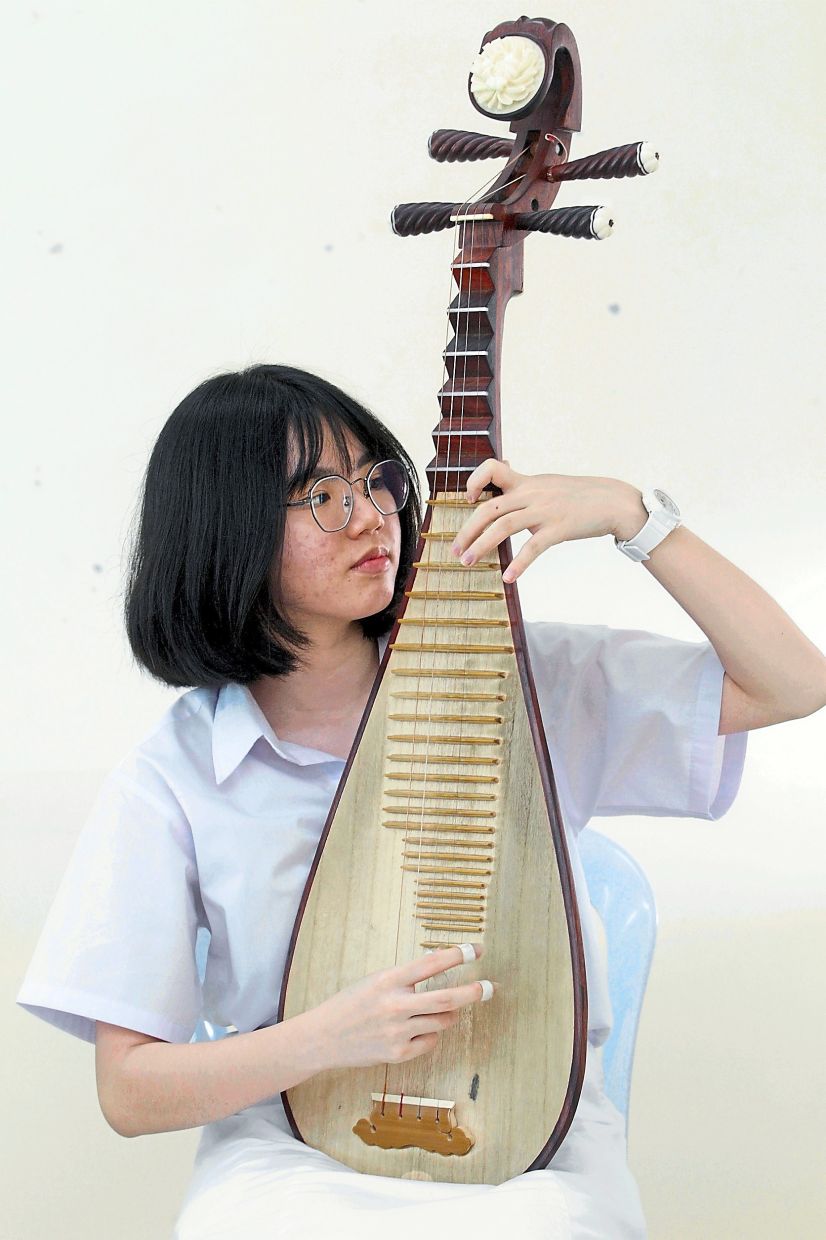 Crystal has been playing the pipa or Chinese lute for five years.

“Before I joined the orchestra, I didn’t know much about Chinese traditional instruments, only the more famous ones like pipa and erhu. But now, I’ve found that there are so many other beautiful instruments like the zhongruan, a Chinese guitar, and the yangqin.”

In the last few years, the 122-member orchestra has entered a few music competitions, winning some medals along the way.

Last year, it won the gold prize at the Red Sonata Fiesta held in Kedah. In 2016, it took home the bronze medal at the Malaysia School Music Festival.

“I like to play in an orchestra rather than solo because it is something different; we all have our parts to play and need to be in sync with other players.”

Crystal shared that her seniors travelled to Beijing in 2015 for a music exchange performance, something she hopes to be able to do as well. 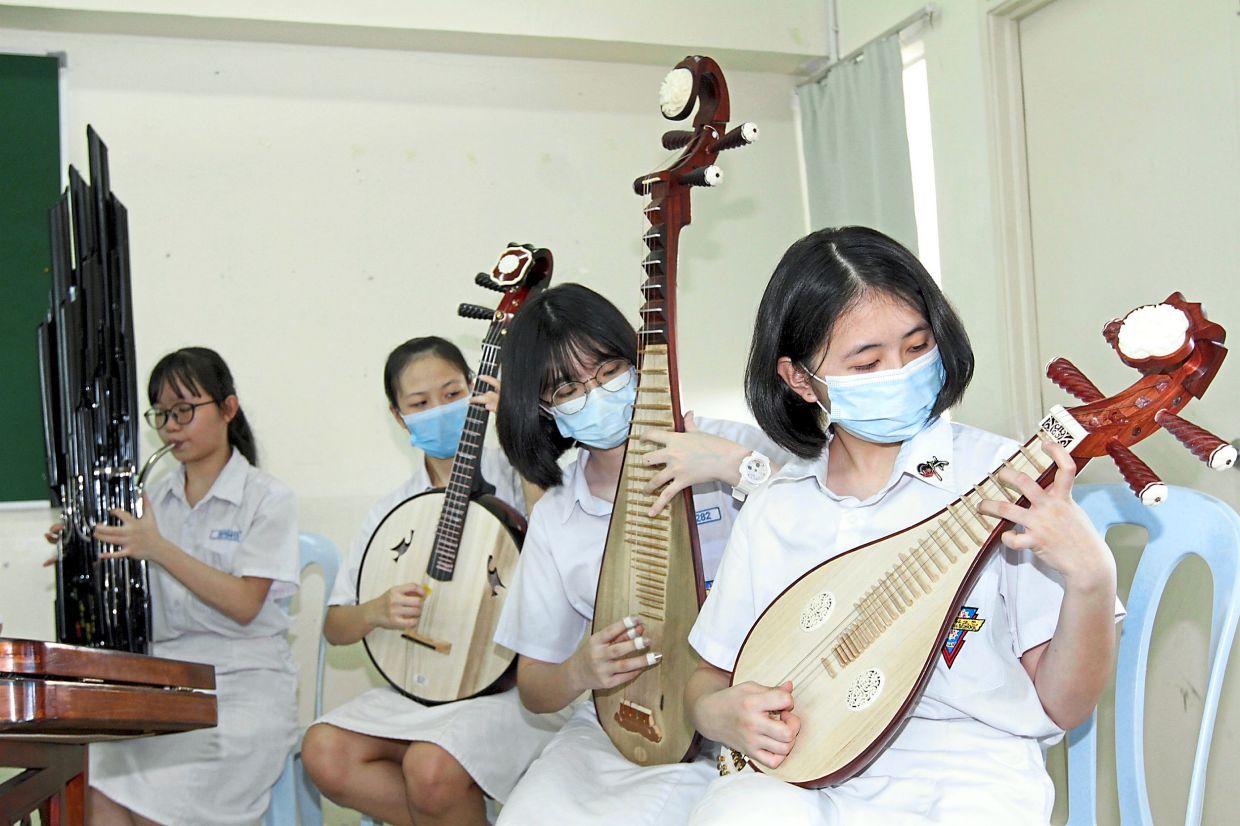 Crystal (second from right) prefers playing in an orchestra compared to a solo act.

“I look forward to joining a similar programme in the future to learn from the Chinese players. After all, they are the experts in Chinese traditional instruments. In Malaysia, (the instruments) are not so popular but as a Chinese, we have the responsibility to preserve and pass on our culture.

“Many young people these days would only think of Western instruments when they want to learn music. They don’t have much knowledge of our own culture but there is so much beauty in traditional instruments,” she emphasised.

Even though Crystal does play contemporary music on the pipa, she finds that the most beautiful songs are still the traditional tunes.

“When we play traditional songs, not everyone in the audience would like to listen to them, so to catch their attention we always play some modern songs in our concerts.”

After she leaves school, Crystal plans to continue with her musical pursuit by joining a Chinese orchestra group outside.

“Traditional instruments are really beautiful, and we should take the time explore them,” she said. 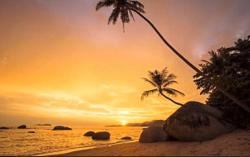 16 tips to ensure you get a good night's rest
Dear Thelma: Our long-distance relationship is tested during MCO
Dog Talk: Pet fostering takes a special kind of love, and can save lives
Two Malaysian houses whose unique roof designs are inspired by the canopy of rain trees Premium
When dogs and their owners share the risk of diabetes
5 ways to spice up your Chinese New Year celebration
Physiotherapy can work wonders for your pets
Cats can get arthritis and here are the first signs to look out for
Japanese botanist Miyawaki's method of planting native forests becoming a hit
Hygiene And Safety A Top Priority At Jaya Grocer