The men in the audience clapped and the women ululated as the band finished singing: it would have been commonplace except the venue was in Iran and the group on stage were all women.

The catchy rhythmic music they played that balmy night is known as "bandari".

Its lyrics are from ancient folkloric songs, passed down the generations and familiar to many at the concert in an amphitheatre in the southern port of Bandar Abbas.

Only this time, it was being performed by women in front of a mixed crowd.

"It feels as if you have been seen at last" by "a new part of society," said band member Noushin Yousefzadeh, who plays the oud, the Middle Eastern lute.

"All that training has paid off at last."

Dressed in traditional clothing, the band was taking part in a state-organised festival to showcase "Persian Gulf music" and, as well as singing, also played their instruments.

Before long, the audience was ecstatically singing along with the four-piece band.

Such public expressions of joy are usually frowned upon by officials in Iran, which has been under strict Islamic rule for more than 40 years.

Formed in late 2016 after a conversation at the beach between two of the women, the band is called Dingo, which in the local dialect refers to the first wobbly steps taken by infants.

The show – staged last year – was only the second time they had performed in front of a mixed audience.

The first occasion was at the Shiraz Oud Festival in July 2018.

"These festivals are a great opportunity because in normal circumstances we cannot sing in front of men," said drummer Faezeh Mohseni. 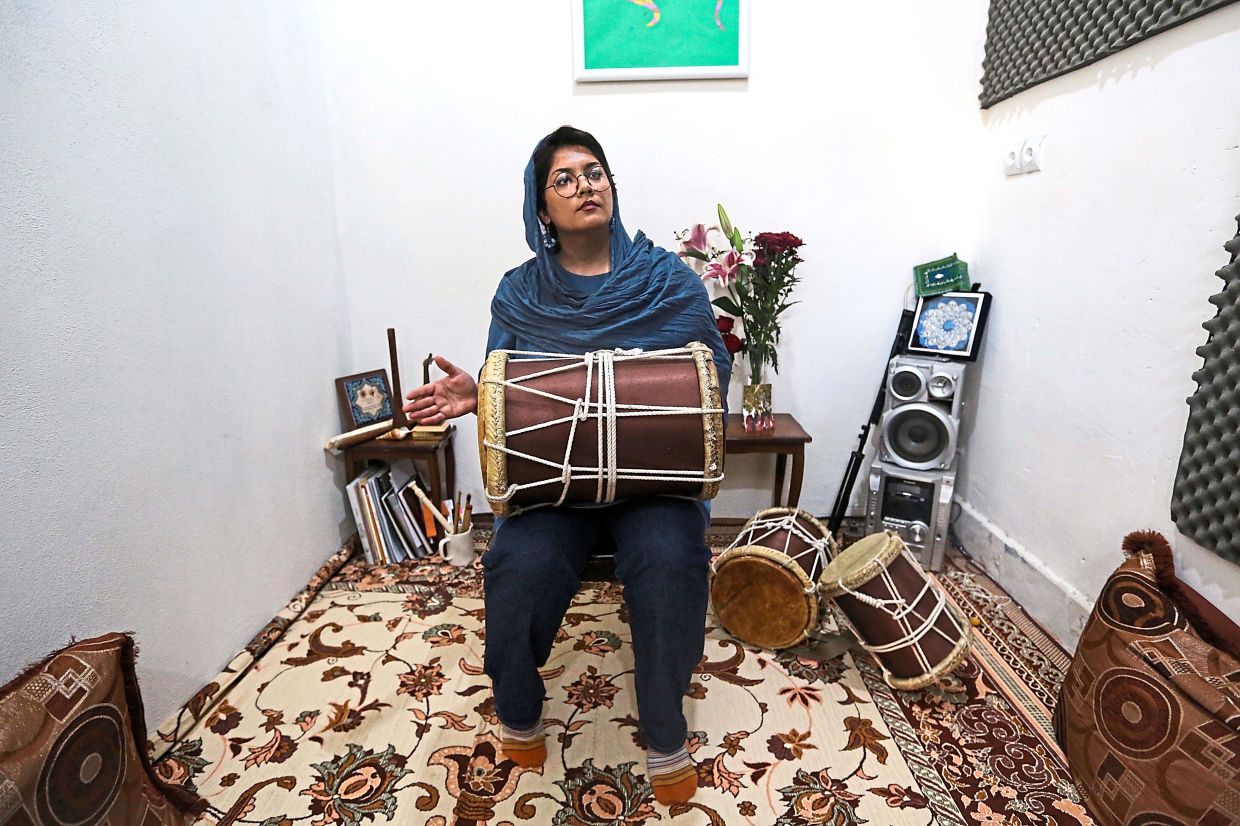 But, informed only a few days before the festival that they had been selected and would be singing to both men and women, the band hastily re-arranged its routine.

"We had to spend all those days rehearsing so that all of us could sing in chorus," said Malihe Shahinzadeh, who plays the pippeh, a type of local drum.

Public singing by women is not a clear-cut affair in the Islamic republic.

No law specifically forbids it, according to Sahar Taati, a former director at the music department of Iran's Ministry of Culture and Islamic Guidance, known as Ershad.

Nonetheless, most clerics believe that the sound of female singing is "haram" – or forbidden – because it can be sensuously stimulating for men and lead to depravity, she added. 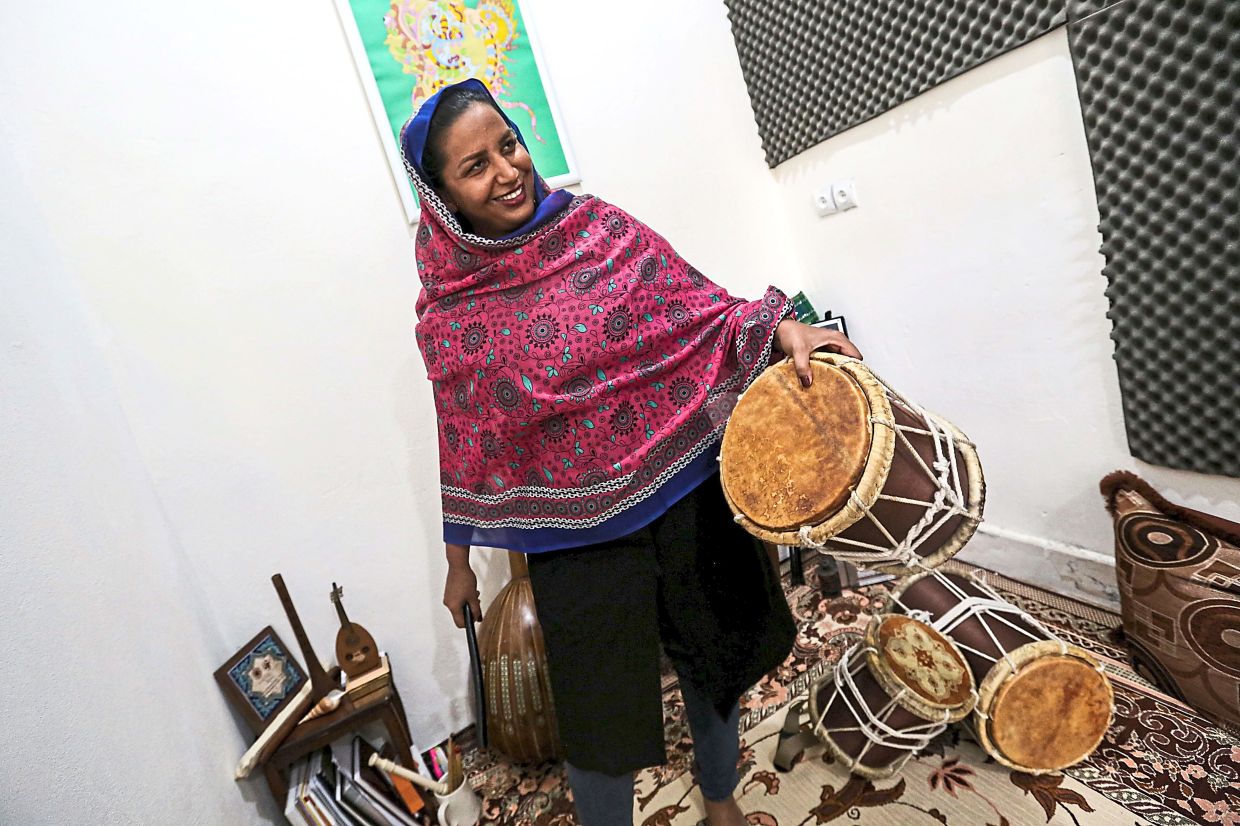 Secular music is generally frowned upon by Shiite clergy, who see it as entertainment that distracts from religion.

Its ban, decreed soon after the 1979 Islamic revolution, was gradually lifted, firstly for "revolutionary" music, meant to galvanise troops in the 1980-88 Iran-Iraq war.

Then, the emphasis was put on traditional Iranian music, in contrast to western variants deemed "decadent" by the authorities, who waged a war against "cultural invasion".

There are, however, still a myriad of restrictions.

Ershad must approve concerts and it remains almost impossible for a female singer to perform alone, except in front of other women.

But "women can sing to mixed audiences if two or more women sing together, or a female solo singer is accompanied by a male singer whose voice is always at least as strong as hers," said Taati.

That's how a Persian adaptation of the musical Les Miserables was performed in Tehran in the winter of 2018-2019, with female solos supported by the voice of another singer in the wings.

The members of Dingo, who are all in their mid-20s to mid-30s, had tried a number of times to arrange performances for mixed audiences themselves.

But it was difficult to coordinate and in the end "we just gave up", said Negin Heydari, a former member, who plays the kasser, a smaller drum usually played together with the dohol and pippeh.

So now, whenever authorities arrange festivals and shows like this one in their home town, they apply and hope they will be selected, even if it means not knowing until the last minute if they have been.

But, the exhilaration of playing for mixed audiences is worth all the uncertainty and long hours of practice – in the "Dingo room", a sound-proof den in the courtyard of one of their parents' homes. 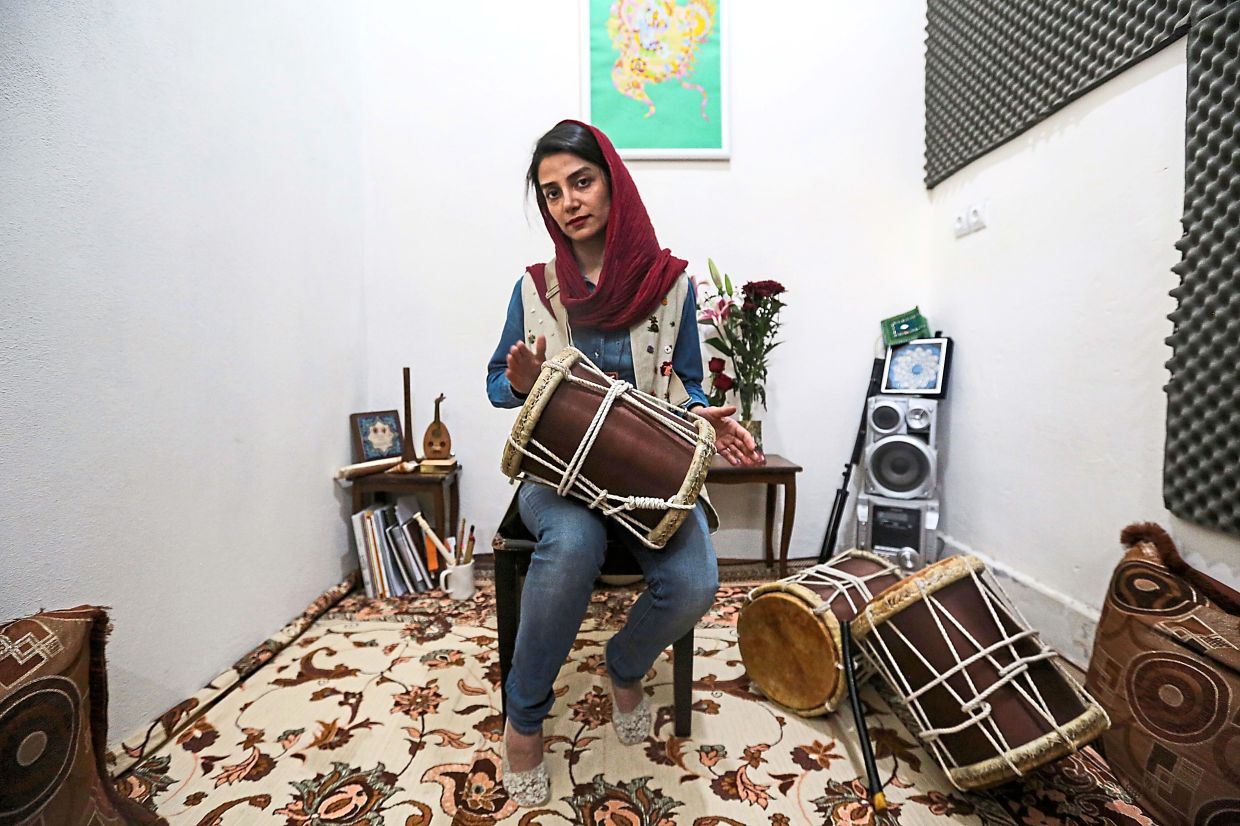 Heydari described how happy her husband of 10 years, Sassan, said he was to be able to see her perform live on stage at last.

The four musicians, two of whom have jobs, feel fully supported by their families and have many dreams for their band, from more performances inside Iran, to playing at venues abroad.

"We want to make Dingo international," said Mohseni, while Shahinzadeh is eager for the rest of the world to hear the music of her hometown.

Their dedication paid off when they won a jury prize for their performance at last year's festival, where they wore colourful outfits with sequins and gold embroidery, traditionally worn in southern Hormozgan province.

Since the concert, Negin Heydari has left the band because of "artistic differences", and her place has been taken by guitarist Mina Molai.

Meanwhile, the Covid-19 pandemic, which has hit Iran particularly hard, has left a mark on Dingo's progress in good and bad ways.

It has dampened the band's hopes of recording an album and prevented rehearsals but also given rise to new ideas.

"The period of confinement has been an opportunity for me to research the music of our region and also to improve my playing technique," said Shahinzadeh.

"Up until now, we've only been doing covers of the bandari folk repertoire, but now we're thinking of creating original pieces," she said. 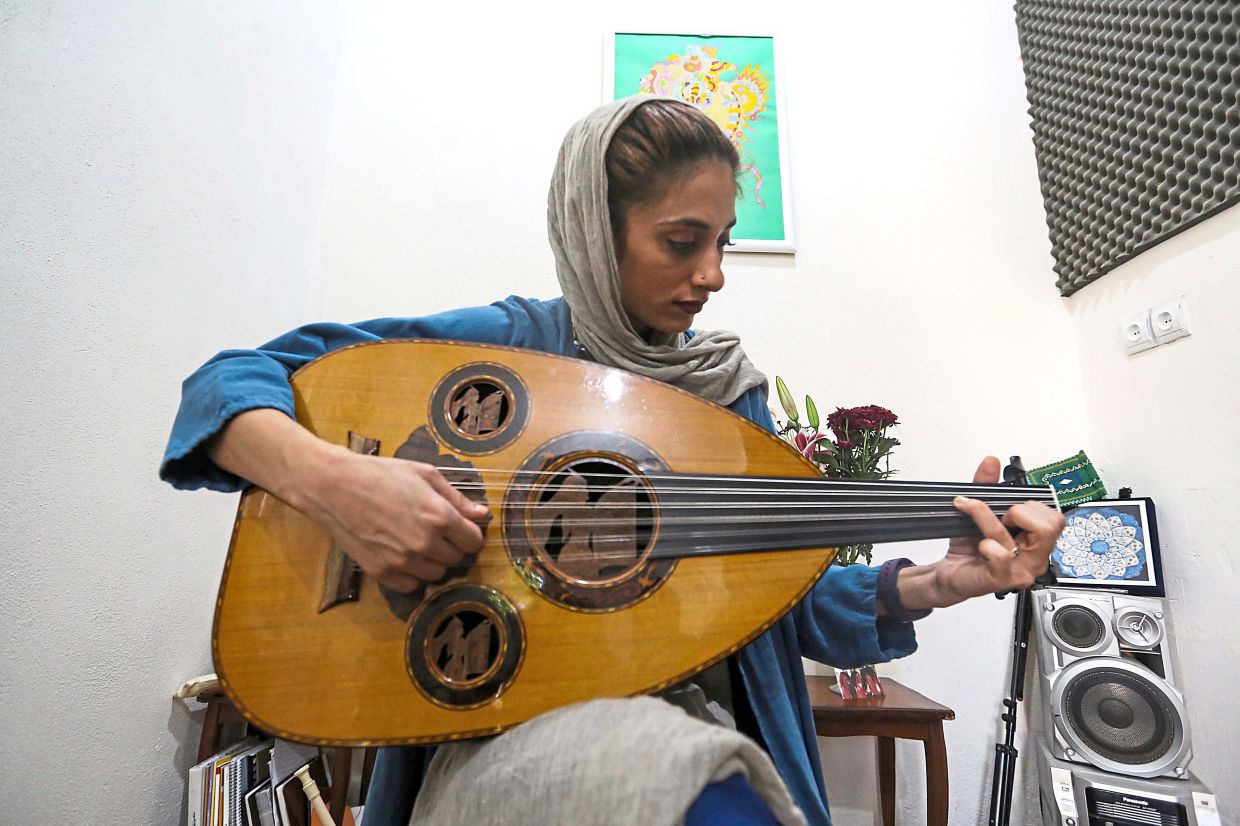 Despite the religious limitations, female solo singing can still be heard by men in Iran, especially if you catch a taxi in the capital, Tehran.

You may well come across a driver who plays Googoosh, a pre-revolution pop diva, who reemerged in North America in 2000 after years of silence in her homeland.

Another might reach for a USB memory stick with songs by the late sisters Hayedeh and Mahasti, icons of the music scene before 1979 who are buried in California, in the United States.

You could also hear Gelareh Sheibani, a young songstress based on the US west coast whose tunes are finding their way to Iran over the internet.

That's unless your cabbie prefers the Paris-based soprano Darya Dadvar, one of the few women to have sung solo in front of a mixed audience since the revolution. – AFP