Elizabeth (left) and Ivana are among the growing number of female sape players in Sarawak. Photo: Elizabeth Bungan

Ivana Anz Eddie, 14, is one of the most popular students at Kuching’s SMK Penrissen No.1. Teachers and students know her by name because she’s one of the two female sape players in school.

“My teachers and schoolmates are impressed that I can play the traditional instrument. I’m among the handful of girls they know who owns a sape. In the past two years, I’ve also represented the school in a few inter-school sape competitions and Sarawak Tourism Board’s cultural event, Tenun 2019, ” says Ivana over the phone from Kuching recently.

The sape is a lute-like instrument played by Orang Ulu subtribes like the Kayan and Kenyah communities in Sarawak, and Dayak in Kalimantan. Carved out of the bole of Adau wood, the sape is believed to have magical healing properties in the olden days. In the past, it was taboo for women to touch the instrument.

Many years ago, musician Alena Murang, 31, created waves by becoming Sarawak’s first female to learn to play the sape. Since then, many Sarawakian girls have followed suit, Ivana included.

Ivana started learning the sape two years ago. She chose to pick up the instrument as she liked its calming melody. Plus, she is also a big fan of Borneo’s famous sape players like Alena, Jerry Kamit, Thambunesia and all-female sape band, Ilu Leto.

“Although I am Iban, I am keen to learn an instrument from the Orang Ulu community. It’s also uniquely from Borneo. It’s important to learn it because it’s part of Sarawak’s culture and heritage.”

She admits that it was initially a challenge to learn the instrument since she had zero knowledge of music.

“The sape is almost like the guitar, with string and frets. At first, it was difficult to master the instrument, especially the technique and melody. Just like any other instrument, one needs to practise regularly to improve your skills,” says Ivana, who practises for 30 minutes every day. To improve her playing skills, she watches video tutorials on YouTube and other social media platforms.

“There’re lots of information on different Sarawakian instruments on the Internet. In between my studies, I enjoy reading about other traditional instruments like the taboh (brass gong), selingut (bamboo nose flute) and gendang pampat (drum), ” says Ivana.

Her diligence has paid off and her sape teacher Elizabeth Bungah, 30, says that Ivana has made much progress. 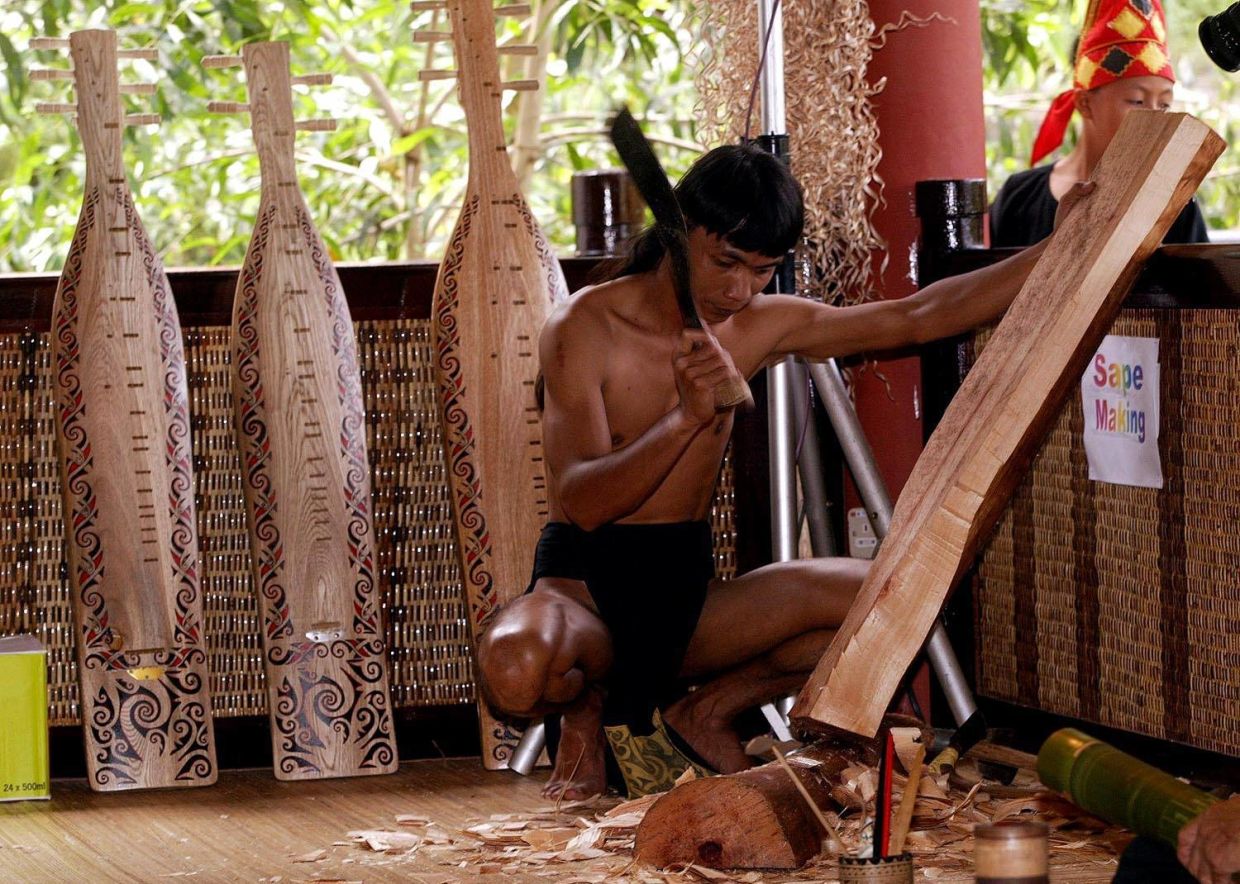 In the past, women weren't allowed to touch the sape. Photo: Filepix

Out of Elizabeth’s 16 sape students, half are girls. She is pleased with the growing number of female students who are keen to learn the instrument.

“When I first learned the instrument, there were only a handful of girls interested in the sape.

“Now, a steady number of girls is showing a keen interest in the instrument. Hopefully, more will step forward to learn it and preserve this traditional Bornean instrument.”