Human Writes: Life has to go on even if there are more lockdowns 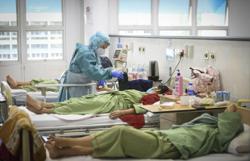 Waiters measuring out the correct social distance between tables on the terrace of a restaurant in Spain. This is the new normal, and we need to learn to live it, to get on with life even in the face of more lockdowns in future. — Reuters

My large extended family have always met regularly to eat together. If we’re eating out, it’s always in the same place: a busy, noisy Chinese restaurant in Petaling Jaya, teeming with large families and groups and Burmese waiters whirling around with sizzling platters. The din of 100+ diners packed into that enclosed, airconditioned space was always raucous but the first-class food superseded everything.

That was life “BC”, Before Corona. Now, in this age of the Covid-19 pandemic, something as ordinary as a large family dinner is possibly perilous, relegated to a BC memory.

I should clarify: clean, well-ventilated restaurants with spaced-out tables may be quite safe. But large gatherings in enclosed spaces?

Many would have heard about the study on that restaurant in Guangzhou, China, where a woman (who had no symptoms but fell ill later that day) infected nine people during lunch – diners who were in the line of airflow from the airconditioner, which literally “blew” viral particles over. The 73 other diners and eight staff on the same floor of the windowless restaurant did not get sick. The Chinese researchers of the study, published in the US journal Emerging Infectious Diseases, concluded “strong airflow from the airconditioner” spread droplets.

In the months ahead, we have to live with a “new normal” everybody is talking about. Crowded bars and pubs? BC. Big weddings and large gatherings? Very BC! Cinemas? How about drive-ins instead? Schools and some workplaces will have to adjust. Travel may be complicated by quarantines. The path ahead is dizzyingly complex.

I worry for my elderly mother and those whose lives remain at risk. They bear a heavy, lonely burden.

Just because we “flattened the curve” doesn’t mean it’s over. We won ONE battle in a war that may be long and hard. More waves will come until we have a vaccine. A study by the University of Minnesota’s Center for Infectious Disease Research and Policy suggests three possible scenarios:

> Peaks and valleys – a series of repetitive waves for one or two years after this initial wave.

Outbreaks will occur. Again and again. Even Wuhan in China (the first epicentre) has new cases now. We may even need another lockdown – but as a stopgap, not a solution. Life has to go on.

The poor need help. Some 2.4 million Malaysians will lose their jobs due to the crisis, estimates the Malaysian Institute of Economic Research. Many small businesses may fold. It can’t be “left to the market” to help them, says Parti Socialis Malaysia Chair Dr Jeyakumar Devaraj. Rather than prioritising corporates, we need to ensure the basic needs of all people are met, he says. He also calls for food production to be increased, noting self-sufficiency levels are low for some foodstuffs. Economist Dr Jomo Kwame Sundaram has also previously called for agricultural reform and improved food security, and for padi farmers – among the poorest of us – to be supported. The World Bank has also urged Malaysia to reform agriculture to increase food productivity. Only about 10% of our agricultural land is used to grow food; the rest is used for cash crops.

These are dark times. We must tread carefully in the dark. We can choose solutions that help people, not hurt them, that bring us all together, not divide us.

This journey won’t be easy. Covid-19 is a new and complex disease. We’re still learning. We’ve just found it causes a strange inflammatory disease in children.

The range of symptoms – from “Covid toes” to loss of the sense of smell – ever widens.

In the “long tail form” of Covid-19, symptoms go on for months. Public health expert Paul Garner described a “roller coaster of ill health” over seven weeks in a blog, bit.ly/bmj_blog, at the The British Medical Journal’s website: “Every day there was a surprise... A muggy head; acutely painful calf; upset stomach; tinnitus; pins and needles; aching all over; breathlessness; dizziness, arthritis in my hands; weird sensation in the skin with synthetic materials.” The disease was “weird as hell”.

But there is hope. We’re making progress on possible vaccines. It turns out the virus is not such a formidable foe, less slippery than believed. Scientific understanding is growing.

A friend in Canada, Sean Frisk, has invented a promising technology to kill pathogens using ozone. The idea is that an area (a classroom, bus or warehouse) could be filled with ozone gas, which is later converted to oxygen. A chemical-free solution, this could be a game-changer.

This is what the world needs now. Creative solutions to problems. Not just in science but in economics, social sciences and elsewhere.

We will get there. Eventually.

For now, that favourite family restaurant is only open for take always. Welcome to the new normal.

Human Writes columnist Mangai Balasegaram writes mostly on health but also delves into anything on being human. She has worked with international public health bodies and has a Masters in public health. Write to her at lifestyle@thestar.com.my. The views expressed here are entirely the writer's own.
Article type: metered
User Type: anonymous web
User Status:
Campaign ID: 18
Cxense type: free
User access status: 3

Human Writes: We can't really know how many Covid-19 cases Malaysia has

Will the coronavirus make permanent our diminishing need for human contact? 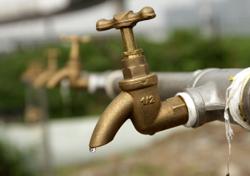