Human Writes: We can't really know how many Covid-19 cases Malaysia has

A screen capture of the Johns Hopkins Coronavirus Resource Center page. The live page can be accessed at coronavirus.jhu.edu/map.html.

These numbers must be treated with caution. As I’ll explain, the numbers have unseen layers, just like the disease. You have to peel away the layers to get the full story.

For example, Germany’s high case numbers might just reflect extensive testing – 400,000 tests were done in just one week recently in April 2020, far more than most countries have done in total.

Singapore was seen as a success story mid-April 2020, averaging only 28 new cases a day – until April 21 when it reported over 1,000 cases, mostly among foreign workers. Headlines screamed failure, as it now has the most cases in Asia. But Singapore is vigorously testing and tracing all contacts of cases. The follow-up of patient number 42, a Bangladeshi migrant worker, led authorities to an explosion of cases among foreign workers that might easily have been missed, especially as symptoms were mild.

“The workers are staying in their rooms and many have not reported sick. But when the teams go in to test them, many turn out to be positive,” Singapore’s Ministry of Health said.

According to the Worldometers website, which has a wealth of Covid-19 data, Singapore’s test rate is 16,203 for every one million people in the population. That’s nearly five times Malaysia’s test rate. And it's 450 times the test rate in early April 2020 of Indonesia (36 per million), which has had problems getting test kits. Indonesia has since increased its rate to 184, but it has a ways to go to catch up. With limited capacity to detect cases, do you think Indonesia’s official tally of 7,100 Covid-19 cases tells the real story?

Dead men don’t speak but cemeteries do provide data. In March, there were 84 official Covid-19 deaths in Jakarta. But at 4,440, city burials in March were 40% higher than any month since January 2018, a Reuters review of data from the city’s Department of Parks and Cemeteries found. Significantly, the city has buried 639 people suspected to have Covid-19, Jakarta’s Parks and Forestry Agency head Suzi Marsitawati revealed to the local press in early April. Mortuary workers wearing protective gear wrapped these bodies in plastic rather than the white cloth traditional in Islam.

Counting all Covid deaths has been problematic elsewhere too. In a report on April 22, 2020, the Financial Times estimated Covid-19 has caused as many as 41,000 deaths in Britain – more than double the government’s figure of 17,337. The higher figure includes deaths in homes and care homes rather than just hospital deaths. A New York Times report estimated at least 25,000 more people have died than official figures show in 11 countries over the last month, based on mortality data from previous years.

What about the real numbers of those infected? A study by Stanford University in Santa Clara, California, provides clues. It found 50 to 85 times more people had been infected than official figures. Mass testing in Iceland found nearly half of all Covid cases were asymptomatic.

That’s why ramping up testing is critical. We might miss explosive outbreaks. There are concerns, for example, that the disease may be spreading among illegal immigrants. Malaysia also has a big backlog of tests pending – reported at 8,000 in early April, 2020. Health authorities are currently setting up five more testing laboratories and getting more test kits from South Korea.

Technology may also help. China is using digital QR codes on smartphones to track travel histories to allow people to freely move around. South Korea is also using contact tracing technologies. Singapore is encouraging citizens to use the TraceTogether app which trades unique codes with nearby phones to track people who had contact with someone infected.

Data is essential to navigate the pandemic’s course. We know so little – we don’t know how easily the disease is transmitted, how often it’s asymptomatic, how long a person is infectious, how many of us are infected, how protective antibodies are or why some get the disease so severely.

We haven’t even figured out the case fatality rate, which is 13% in Italy, 2% in South Korea and 0.1% in Singapore, while the rate in the pandemic's original epicentre in Wuhan, China, changed from 3.4% to 1.4%. The problem is, we don’t know how many are really infected to get a “true” death rate. Different demographics – Italy has a huge elderly population – and hospital surge capacity also affect death rates.

When the lockdowns and movement restrictions are lifted, widespread surveillance and testing is essential to detect outbreaks, which we’ll have to quickly stamp out, like cockroaches in our kitchen. If we lose control and hospitals get to breaking point, another movement control order may be necessary. The numbers will determine the precision, understanding and timing of that cycle – that’s our defence against the virus. 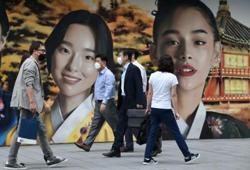 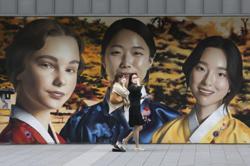 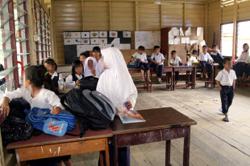