Prison inmates get a cooking lesson from a princess

Speaking at the launch of the Beauty Behind The Wall programme at Bentong Prison in Pahang, Tunku Azizah reminded everyone of their social responsibility to ensure that all prison inmates – not just those in Bentong – are given a chance to redeem themselves in life.

One of the best rehabilitation efforts, Tunku Azizah believes, is teaching inmates skills that not only generate income for the prison while they are there, but also that they can use to make a living upon release.

Now, Tunku Azizah has collaborated with Resorts World Genting, in particular its executive chef Alex Vitalise, to come up with food items that can be produced in the prison by the female inmates, and then sold outside.

“Alex chose the recipes for the Rendang Betawi and asam pedas pastes from my cookbook. I think they are good choices. The pastes can be used to make a variety of dishes,” Tunku Azizah shared.

During a cooking demonstration at the prison, Vitalise made, among other dishes, spaghetti with prawn rendang, asam pedas quesadilla, lamb rendang stew and asam pedas brisket using the pastes.

“It wasn’t difficult to come up with the recipes that use the pastes. We haven’t introduced these dishes in the menus at our restaurants but we could work something out,” said Vitalise who has been with Resorts World Genting for 10 years and currently oversees a team of 160 kitchen staff.

“And it won’t be difficult for the inmates to make the pastes as they require simple ingredients and there aren’t any complicated cooking techniques,” Vitalise added.

Tunku Azizah also said that Vitalise and other Genting chefs will teach the inmates how to create the pastes in large quantities and package them.

“We will ensure that they use good quality ingredients to produce the pastes, and that the packaging is done in a sterile environment,” said Tunku Azizah.

The pastes are scheduled to go on sale during Hari Raya Aidilfitri next year, and will be made available at local markets and bazaars in Bentong. 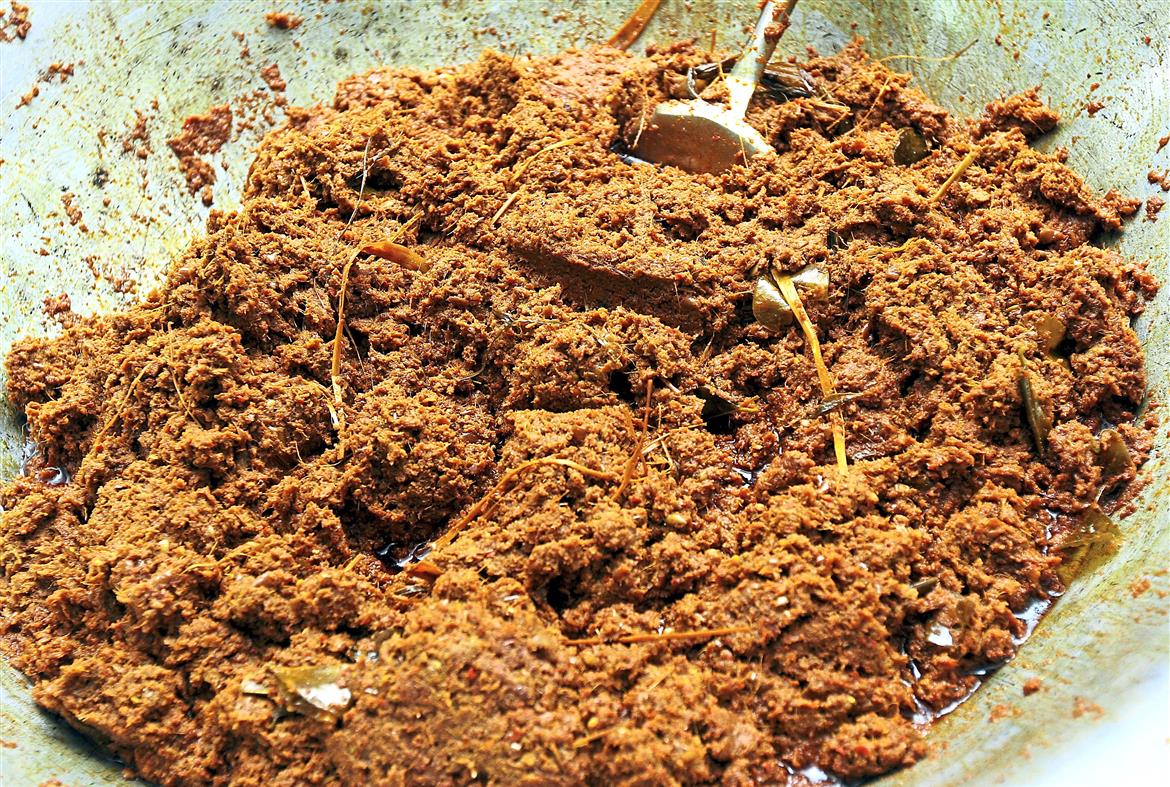 Use this rendang paste in a variety of dishes.

Salt and sugar, to taste

Using a mixer, blend all the ingredients to form a smooth paste.

Heat oil in a large wok and saute the paste on low heat until the oil rises (pecah minyak). Add the kaffir lime and turmeric leaves, kerisik and santan. Simmer until the paste reaches a thick consistency.

Can be used to cook chicken, duck, beef and lamb dishes.

Prison inmates get a cooking lesson from a princess