Influenza outbreak: how seriously does it affect Malaysia? If you’re having high fever, seek prompt medical attention as it is one of the symptoms that differentiate between having the flu and having the common cold.

Once in a while, we all succumb to seasonal influenza, commonly known as the flu.

Seasonal influenza outbreaks are caused by small changes in viruses that are already circulating around us, and to which many people have some immunity.

Most people recover by themselves within a week, without needing to seek medical attention.

The impact of influenza is unpredictable as the virus can trigger serious conditions such as pneumonia, heart attack and stroke.

In vulnerable populations like children, seniors and those with underlying conditions such as diabetes and chronic heart diseases, the complications are aggravated.

Influenza viruses in humans – categorised as A, B and C – differ from the common cold.

It is a contagious respiratory illness that is contracted through droplets in the air.

There is also the influenza D virus, which primarily affects cattle and is not known to infect or cause illness in people.

According to the World Health Organization (WHO), a pandemic occurs when an influenza virus emerges that most people do not have immunity to, because it is different from any previous strain in humans.

This enables the strain to spread easily between people.

WHO said seasonal influenza viruses may contribute to the emergence of a pandemic virus; and once a pandemic virus has been established, as with the A(H1N1) pandemic in 2009, it can become a seasonal virus.

With the current outbreak of influenza A in Malaysia affecting mostly school-going children, parents are on high alert.

Locally, there is limited published evidence on the burden of the disease, although influenza remains a major cause of hospitalisation and death worldwide.

In a study presented last year (2019) at the 10th Edition of the Options for the Control of Influenza Conference (Options X) in Singapore, results revealed that influenza is a significant contributor to hospitalisation in Malaysia among the older age group.

Data was collected from July 2018 to February 2019, with 350 subjects enrolled (247 from Hospital Selayang and 103 from Universiti Malaya Medical Centre, both in Selangor).

Adults (18 years old and older) were included if they were hospitalised with a clinical diagnosis of community-acquired pneumonia or had underlying chronic obstructive pulmonary disease (COPD) or asthma, and influenza-like illness with onset in the last 10 days.

The participants ranged in age from 18 to 89 years, with 47% of subjects being 65 years and older.

Over half (55%) of the patients were female and 88% had at least one underlying comorbidity, i.e. one other medical condition aside from those mentioned above.

Only 0.9% had received the influenza vaccine in the past 12 months.

“Our initial estimation was 10%. The higher positive rate at 14% highlights the need for increased awareness on the importance of influenza vaccination to prevent respiratory illnesses-related hospital admissions.

“These preliminary results indicate that fever in adult patients with a diagnosis of acute respiratory symptoms is associated with laboratory-confirmed influenza infection.

Exposed to all strains A heart attack is one of the possible serious consequences of catching the flu. — TNS

Incidentally, the results showed that hospital admissions for Influenza-like Illness were highest in the months of January and February, although confirmed influenza infections showed a spike in November.

Assoc Prof Ahmad says, “It’s difficult to postulate why the incidents increased in the month of November as the study only ran for a one-year period.

“It was probably tied to the wet season, but still, it is difficult to make a conclusion for the time being.”

On whether there is a relationship between smoking and influenza as the data shows that smokers are not as affected as the non-smokers, he says, “In theory, yes.

“Smokers are at higher risk of contracting influenza, and we hope to show this with our completed data.

“Annual flu vaccination is the most effective healthcare measure to protect against a flu infection and its complications.

“The flu can cause serious complications, even in healthy adults.”

Flu vaccines cause antibodies to develop in the body about two weeks after vaccination.

These antibodies provide protection against infection with the viruses that are used to make the vaccine.

The seasonal flu vaccine protects against the three or four influenza viruses that research indicates will be most common during the upcoming season.

He adds, “Data from epidemiological surveillance determines the strain coverage of the influenza vaccine throughout the year.

“Malaysia uses both Northern and Southern hemisphere strains throughout the year to ensure optimal protection from influenza.”

This is as our country is on the equator, which exposes us to strains common to both hemispheres.

However, it is still possible to get sick with flu even if you have been vaccinated, but the severity of the illness will be reduced.

The protection provided by an influenza vaccine depends on the age and health status of the person getting the vaccine, and the similarity or “match” between the viruses used to produce vaccine and those in circulation.

The strains expected to dominate the upcoming flu season are predicted six months before the season, in order to provide enough time for vaccine production.

As the viruses might mutate during this six-month period, the “match” is sometimes inaccurate.

Malaysia’s influenza rates are almost comparable with worldwide rates, with estimates ranging from 7-12% of the study population.

The study is currently ongoing and additional analysis will be conducted to better describe and understand the risk factors associated with influenza positivity in Malaysia.

Influenza: Selangor still has highest number of cases among schoolchildren 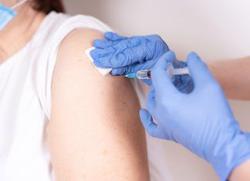 Tips on how to maintain your memory
Foamy Urine May Mean Kidney Disease
Training your taste buds for optimum flavour
Here's how to ruin your mood in minutes
Here's a way to 'skip’ your workout
Five suggestions to strengthen our booster strategy
He took care of our Paralympians during the 2020 Tokyo Games Premium
Find yourself farting too often in public?
Why back pain is so common during pregnancy
Aspirin no longer recommended for certain heart disease risks