How Malaysian pastry chefs became the best in the world 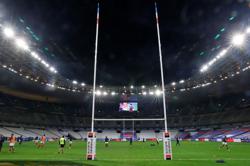 On Jan 28 this year, a team of Malaysian pastry chefs made history when they were crowned champions at the 2019 Coupe du Monde de la Pâtisserie (World Pastry Cup) in Lyon, France – the first time Malaysia has ever bagged the top spot in the 30-year competition.

For the people behind the win, Malaysia’s rise to the top has been part of a concerted, near decade-long effort to cultivate and enhance the skills of local pastry chefs. The win was the icing on the cake.

At the Academy of Pastry Arts Malaysia in Petaling Jaya, a class is in session. Pastry chef Tan Wei Loon’s brows are furrowed in concentration as he moulds a distinctive Elvis bouffant on a cake shaped like a monkey.

Around him, eager students watch in rapt attention. Some have travelled as far as Egypt and Hong Kong to attend this class. In the background stands Niklesh Sharma, the founder of the academy and a proud papa if ever there was one.

“Tan might have won the World Pastry Cup, but he’s still teaching others,” says Niklesh, smiling. “That’s the culture that we’ve nurtured here.”

Niklesh Sharma founded the Academy of Pastry Arts Malaysia, and introduced the Asian Pastry Forum which was instrumental in elevating the quality of local pastry chefs. Photo: The Star/Sam Tham

Indeed, the Academy of Pastry Arts has been instrumental in the Malaysian team’s win. Two of the three members – Tan and Loi Ming Ai are chef-trainers at the academy, while Otto Tay worked at the academy before going abroad to become a pastry consultant. The fourth member is team coach Patrick Siau, head chef at the School of Hospitality, Sunway University.

All attest to the role that the academy has played in elevating the quality of local pastry chefs in the past decade. This in part has to do with the institution’s annual Asian Pastry Forum.

When Niklesh established the Academy of Pastry Arts in 2011, he had to do something to set it apart if he wanted to churn out world-class pastry chefs. So he started the Asian Pastry Forum, a nearly month-long yearly affair that sees international (and award-winning) pastry chefs coming to Malaysia to conduct workshops and classes.

This spurred the success of many local pastry chefs as year after year they were able to learn from some of the best in the world, and apply new knowledge and skills to their own creations.

The trajectory of success

The Singaporean team was often the one people looked up to in Southeast Asia, says Niklesh. But over the years, this has changed as Malaysian pastry chefs have picked up pace, a fact that became clearer when they nabbed fourth place at the 2015 World Pastry Cup.

“We have a fantastic platform for pastry chefs now and it’s not a fluke that we won. We have been consistently doing it from 2015, so everybody knew that Malaysia was getting closer,” Niklesh says.

One of the beautiful creations Malaysian pastry chefs are capable of producing. Photo: Academy of Pastry Arts Malaysia

But the road to success is paved with obstacles and the team knows this. Siau competed in the 2011 World Pastry Cup with little success. For Tan and Tay, 2019 was their third attempt at the title. Loi is the only member who had never competed.

“The first time Tay and Tan competed in 2013, Tan’s sugar sculpture fell apart at the last minute. So there were some bad memories, but it was really very good motivation for him – he wanted to come back,” says Siau.

Patrick Siau, who competed in a previous World Pastry Cup, says the Malaysian team was considered an underdog, even in this edition. Photo: Sunway University

Tan learnt from that mistake and bounced back, even taking on the role of team coach in the 2017 competition (the coach also acts as a judge and gets to taste the desserts from the other competing teams).

“The reason I wanted to be the coach was so I would have a chance to taste what other countries made. So this time, we were actually very well prepared because we knew the judging criteria and what we needed to do to be champions,” Tan says.

To prepare for the competition, the team did about 15 full-scale trials, each one lasting around 13 hours from prep to culmination, as each of the contestants were tasked with a category – sugar, chocolate and ice. This year, they also had to make a vegan dessert.

By the time they got to the competition, the team was wired and ready to go, though Siau says they were probably not perceived as the biggest threat. “To be frank, when we were there, we seemed like the underdogs,” he says.

As the competition progressed, it dawned on them that they were likely to be in the Top 3. “Most judges praised the vegan cake (the famed Elvis monkey cake), so we knew we had a chance,” Siau says.

When the winners were announced and team Malaysia won the competition, it was the culmination of years of learning, practising and putting one foot in front of the other.

The state of things

Although there is plenty of reason to celebrate, in many ways, the fact that Malaysia now has the best pastry chefs in the world has created a bit of a conundrum.

In other pastry-prominent countries like France and Japan, there is a long-held culture of eating and appreciating pastry in all its shapes and forms, from croissants to petit fours, eclairs and madeleines. So the role and growth of pastry chefs has risen alongside a culture that has existed for ages (in France, this dates back to the 13th century).

In France, there’s a long-standing culture of eating pastry regularly, which is not the norm in Malaysia. Photo: Academy of Pastry Arts Malaysia

But in Malaysia, this culture does not really exist as Malaysians simply aren’t used to eating these French-style pastries regularly.

What this essentially means is there is now a wide lacuna between the Malaysian consumer who may not yet appreciate these desserts and talented Malaysian pastry chefs raring to flex their creative muscles.

It is interesting simply because the quality of local pastry chefs has surged and soared, producing talent that is unmistakable, yet there is no sustained consumer interest in what they do. In economic terms, there is supply but simply no demand.

“Actually, Malaysia is kind of a special case, because for competitions, yes, we are considered one of the very strong teams, especially from South-East Asia. So when we go for competitions, people recognise us. But it’s a little bit different because the Malaysian market for pastry is not there yet,” agrees Tan.

Siau concurs and adds that there simply aren’t enough Malaysian consumers who have an appetite for the sort of complicated French pastry that local pastry chefs are capable of producing.

“In terms of appreciation of French-style pastry in Malaysia, it’s still very low. Like the chocolate cake that we make is very chocolatey and has very little sponge and most of the people here like thick sponge and less filling, so it’s the other way around. So it takes time for us to change people’s perception,” he says.

Then there is the price tag associated with these desserts, which are admittedly on the higher side for most consumers. “If you pay RM20, you can get a decent meal but you also need to pay around RM20 for good pastry, which not many people will do,” says Tan.

According to Niklesh, when visiting pastry chefs come to Malaysia, they often think the country has an abundance of good pastry shops, a natural assumption given that Malaysians are now the best pastry chefs in the world.

“They always ask us for recommendations for good pastry shops and there are very few options. In fact, two of the French pastry shops that we knew of closed. It’s not good news because they were doing some version of what we’re teaching. It could be many reasons – pricing, taste – but Malaysians as a whole are still taking time to develop a taste for French pastry. It’s coming up, but slowly,” says Niklesh.

Look out for Part 2 of this story tomorrow on Star2.com.

How Malaysian pastry chefs became the best in the world