What does the world’s most expensive whisky, The Macallan M, taste like?

The Macallan M is the pinnacle of The Macallan's 1824 Masters Series. Photos: Edrington Group

The Macallan M is the pinnacle of The Macallan's 1824 Masters Series. Photo: Edrington Group[/caption]

What does the world’s most expensive whisky, The Macallan M, taste like?

In a word, magnificent.

As soon as you lift the glass up to your nose, you are bombarded with an immediate explosion of candy sweetness with hints of ginger, spice, and everything nice. There’s fruits too, from green apples to ripe oranges, and dark fruits hovering on the edge.

On the palate, there is a surprisingly fresh zestiness accompanying an oily, mouth-coating texture that tastes like someone had extracted the pure essence of raisins and put it in the spirit. Complex layers of woodiness, spiciness, dark fruitiness, even a little bubblegum sweetness, dance across your tongue. Letting the whisky breathe for a while, I took my second sip, and a tad more woodiness and spiciness came through, and even a hint of smoke.

Long after you’ve emptied your glass, the long, velvety finish full of dried dark fruits like raisins and sultanas lingers on, teasing you and making you wish you could have another dram.

I suppose there’s a reason why the Macallan M has been called the “Ultimate Macallan”.

M is a collaboration between three masters of their crafts – creative director Fabien Baron, crystal makers Lalique, and of course, The Macallan – to create the most sophisticated whisky in the world contained in an exquisite, exclusively designed crystal decanter.

A bottle of the Macallan M retails for RM22,000, in case you were wondering. But that’s not what makes it the most expensive whisky in the world.

In 2014, The Macallan M Imperiale six-litre Lalique set a new Guinness World Record for the most expensive whisky sold at auction, selling for US$628,000 (RM2.65mil) in a Hong Kong auction that raised funds for a host of locally based charities.

A vatting of whiskies stretching back to the 1940s, all matured in first-fill oloroso-sherry casks, the M sits at the pinnacle of the Macallan range of ultra-premium luxury single malt whiskies known as the Macallan 1824 Masters Series.

Named after the year the Scotch distillery was founded, the 1824 Masters Series also includes The Macallan Rare Cask, The Macallan Reflexion, and The Macallan No.6. All four expressions in the series are 100% seasoned in sherry oak casks, and presented in some of the most beautiful whisky decanters ever produced.

The Macallan Rare Cask is meant to be a gateway into the 1824 Masters Series. Photo: Edrington Group[/caption]

During a recent The Macallan 1824 Masters Series dinner at Sage, The Gardens Residences, Mid Valley City, Kuala Lumpur, guests not only got to try the M, but also the other three whiskies in the range.

According to Keith Nair, regional brand ambassador for The Macallan, the Rare Cask is so named because it is crafted from whiskies that were found in casks so rare they will never again be used in any Macallan whisky.

Launched in 2015, the Rare Cask is drawn from the broadest spectrum of casks – 16 different types – ever identified by Master Whisky Maker Bob Dalgarno. These whiskies were chosen from a range of 256 casks from the mid-1980s to 2002 (containing whiskies from 13 to 30 years old), covering both Spanish and American oak casks made by different cask manufacturers and in different sizes, including puncheons, butts and hogsheads. All the casks were seasoned in different sherries in bodegas such as Gonzalez Byass and Williams & Humbert.

“If you’ve ever walked into a dunnage warehouse in Scotland, it kind of smells like that. It’s a bit earthy, and on the palate you’ll find some citrus spice,” Nair said.

Meant to be a gateway into the 1824 Masters Series, the Rare Cask reminds me of a less sherried Macallan 18 Year Old from the 1990s, with floral, candy-like notes on the nose, a creamy mouthfeel that adds spice and slight hint of vanilla to the sherry dark fruitiness, and a nice, warm citrusy finish.

Besides the regular bottling, there is also The Macallan Rare Cask Black, which is exclusive to Global Travel Retail.

The Macallan Reflexion is matured in first-filled sherry-seasoned hogshead casks, made with both American and Spanish oak. Photo: Edrington Group[/caption]

When it comes to maturing whisky, the size of a cask can be as important as the type of wood used to make the cask or what it is seasoned with. Smaller casks would allow for a greater surface of wood to interact with the spirit inside, which can impart a great deal more flavour to the whisky.

The Macallan Reflexion is a, well, reflection of this theory. The whisky has drawn its colour and flavour from maturation in first-filled sherry-seasoned hogshead casks, made with both American and Spanish oak. Smaller in size compared to the more common sherry butts, the hogsheads impart a more intricate character that is driven by the influence of both European and American oak casks.

On the nose, there is an immediate, wonderful burst of citrus and dried apricot, which follows through to the palate as well. There are sweeter dried fruit notes with some hints of spice, and a warm, mouth-coating mouthfeel that ends in a sweet candy fruit finish.

The Macallan No.6 is named after the six pillars of The Macallan’s heritage. Photo: Edrington Group[/caption]

The Macallan No.6 is named after the six pillars of The Macallan’s heritage, which include its spiritual home, the Easter Elchies House, and its “curiously small stills”. It is also symbolised by the beautiful six-faceted Lalique crystal decanter the whisky comes in.

On the nose, there are hints of coconut and dark chocolate flitting in between the more prominent scent of dark fruits like raisins and dates and even a little toffee. The toffee sweetness and dark fruit notes follow through on the mouth-coating palate like a rich fruit cake, laced with streaks of spice, citrus and ginger, and ending in a long, rich finish. With a drop of water, the bouquet opens up even more, bringing forth more dark fruit sweetness.

What does the world’s most expensive whisky , The Macallan M , taste like? 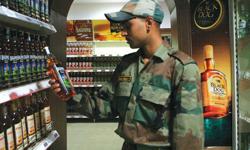 What, No more scotch? India moves to ban imported goods at military shops 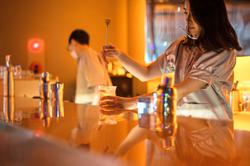