Girl with the wicket game: Malaysian cricketer hopes to inspire girls to play 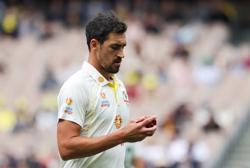 It was her first time playing in a league tournament with the Tornadoes, but Wini smashed it and was named Player of the Match in the match against the Warriors. Photos: FairBreak Global

Winifred Duraisingam is on cloud nine. The captain of Malaysia's women's national cricket team has only just got back from Dubai, in the United Arab Emirates, where she played in her first league tournament – the FairBreak Invitational Tournament 2022, And what a performance it was for the 29-year-old Winifred, who was Player of the Match.

"It had been a dream of mine to be able to play in this tournament and in a league. So I couldn't believe it when I got the invitation to play at FairBreak. It is an experience I will not forget," says Wini, as she is known.

"You also have more visibility if you play in league games. Teams comprise players from all over and so the matches are watched by so many more people than if I was just to play here or even go on tours abroad. My team at the FairBreak Invitational comprised players of 15 nationalities!" she shares.

"It was really eye-opening to play with women cricketers who are a level or more above me. I was so excited and learnt a lot ... I am so grateful to have had the opportunity," says Wini who is a secondary school teacher at SM Lembah Keramat in Kuala Lumpur. Wini and her beloved uncle David who believed in her and taught her to play cricket when she was a young girl. Photo: Wini Duraisingam

Wini started playing cricket when she was 10. She was drawn to the game after seeing her older brother, cousin and their friends play street cricket outside their home in Banting, Selangor.

But, when she approached them to let her play, they brushed her off, "because I was a girl", she shares.

Luckily for Wini, her uncle, David Mahadevan, saw her interest in the game and took her under his wing. He taught her how to bowl and before long she was taking the neighbourhood boys' wickets.

"By this time, they didn't want to play with me not because I was a girl but because they were afraid I'd get all their wickets and embarrass them," says Wini with a laugh. "But it's ok. I didn't give up. My uncle introduced me to club cricket and then, I was lucky to get to nationals that way," she says on her journey to becoming a national cricket player.

Seeing a prodigy in her, Wini's uncle David encouraged her to play competitively for the Kuala Langat Club and in a match against Royal Selangor Club, she took the wicket of a former captain of the men's national team, Hector Durairatnam.

After the match, Durairatnam asked her uncle who the "small boy" who had bowled against him was, to which David replied: "That's my niece".

Her outstanding performance in club matches led Wini to be scouted to try out for the national team and the rest is obviously history. She joined the national women's team when she was only 14. In 2015, she went to Australia for a six month training stint. Not only did it improve her game, Wini shares that she was blown away by how the female cricketers in Australia batted 'just like the guys'. This motivated her to come back and improve her own batting skills.

She was more determined than even that her gender would not stop her for batting it out of the park.

"Boys may have an advantage in upper body strength but I never let that get to me. To me, the game is the same, whether you are a boy or a girl. I train everyday, even during the pandemic we had Zoom training sessions daily," says the tenacious young lady who is a pocket rocket at 159cm tall and 42kg.

Among her achievements that she's proud of was leading the women's national team to win the Bronze medal in the 2017 Sea Games.

"That was a fantastic experience ... playing on our home ground was definitely special as my family, friends and our supporters could watch us and cheer us on. We were gunning for a medal so winning the Bronze was nice," she said.

Malaysia's placing at the Games, she reckons, has increased the visibility of the game and also women's cricket in the country. School and universities are increasingly fielding cricket teams and more girls are coming forward to play the sport, she says, enthusiastically.

This, she points out, is a far cry for how things were when she was picking up cricket.

"In my time, it was really tough for girls to get the same opportunities as boys. In school, I was always turned away because I was the only girl who wanted to play. I played in school in my final year and though I did well in the match, I wasn't encouraged to go further.

"Thankfully, my uncle had already introduced me to the club circuit. And even in the club matches, I was often the only girl," she shares. 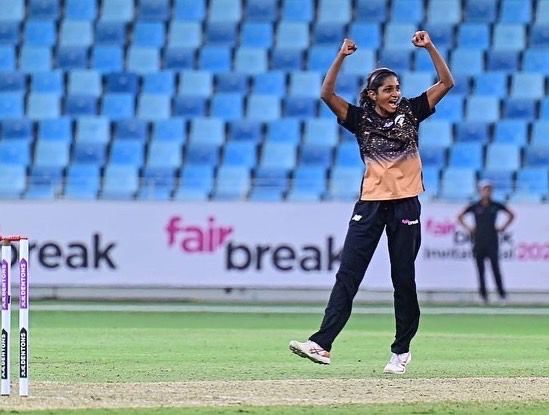 There weren't many opportunities for girls to learn or play cricket when she was growing up but Wini pushed on and is now the captain of the national women's team.

She credits her uncle for her achievements in cricket, she says.

"I lost my father when I was very young and so he never saw me play cricket, ever. My uncle was like a father to me," she shares, adding that her beloved uncle passed away just last year.

"He used to come to all my matches and if he was still around, he would be so proud that I got to play in a league tournament.

"I can never repay him for all that he has done for me but every match I play is for him," she says, adding that her mother, Helen Veronica Louis, and aunt, Cynthia Victoria Duraisingam, were also always supportive of her cricket dreams.

Now, as a physical education teacher in a secondary school in KL, Wini hopes to encourage more girls to participate in sports. She also pledges to support girls who show an interest in cricket.

"Cricket is really a wonderful game and it is a sport where everyone is so supportive. In Dubai, I had just four days to train with my team mates who I had never met before. But, even after day one of training, we just were in sync. And everyone in the tournament was so encouraging that I didn't feel nervous at all even though I was playing against players who were more experienced and at a higher level than me," she shares. "Cricket really is a 'gentleman's game'," she adds, as it is about fair play.

As captain of the women's national team, Wini hopes to one day - hopefully soon - lead her team to the Cricket World Cup tournament.

"Our women's team is getting stronger and I hope that we can keep improving. We have to believe in ourselves .. that is key to achieving great things. I really hope more girls come forward, discover and play this sport. It is amazing," she concludes.

#BreakTheBias: Would ‘menstrual leave’ create a backlash against women in the workplace?

A wishlist for women

Let’s tear down the barriers and soar

#BreakTheBias: Burden of unpaid work wearing women down, at home and workplaces