I love you, Dr Magiswary, PhD, number one Magiswary attributes the success she has achieved in her life to her mother, Kanthayee.

As the only girl in her family, Dr Magiswary Dorasamy grew up believing that, although an education was important for everyone, as a girl she didn’t need to push herself as much as her eight brothers. She would get married and be supported by her husband, after all.

“My parents didn’t say that but that was what I saw in the community around me.

“We grew up very poor. My mother was a rubber tapper and my father, a lorry driver. There were nine of us children and my grandmother at home for them to feed. Although they made sure we all went to school, I was never pressured to study as much as my brothers were, ” says Magiswary, who was the seventh in the family.

The family lived in an estate about 30 minutes from Paloh, a district in Kluang, Johor.

“My parents worked very hard and though we were not vegetarians, we only had chicken once a month or on special occasions. Most times, we ate rice and vegetables or porridge with onions.

“However, at the end of every month, my mum would give us each 50 sen from what little she earned just so we could have a treat. She always wanted the best for us. So, all nine of us would walk to Paloh just to eat a bowl of mee soup, ” shares Magiswary, the deputy dean (research and innovation) at the Faculty of Management, Multimedia University in Cyberjaya. It wasn’t until she was in Form Six that Magiswary realised how important it was for her to be educated and independent.

“I did my Form Six in Kluang High School and because it was far from home, my older brother arranged for me to stay with his friend, Sheila, and her family. One day, I told Sheila that I didn’t see the point of studying so hard since I was going to be married. She was so shocked by my statement and told me to ‘wake up’ from my antiquated way of thinking.

“She then told me, bluntly, that marriages didn’t last forever – that I could be widowed or divorced and I needed to be able to take care of myself. I needed to be independent.

“What she said really opened my eyes to a new perspective on my life and what I could do. I remember her words till this day. After that, I studied very hard. I was determined to make something of myself, ” says Magiswary, who graduated with a Bachelor of Arts (economics) from Universiti Malaya and subsequently went on to pursue her Masters and PhD.

Despite her academic achievements, Magiswary says that her mother, Kanthayee Annamalai, was her greatest teacher and biggest inspiration.

“My mother didn’t go to school but she made sure that we did. She didn’t earn much but she was generous with whatever she had. My father left the job of raising the family to her and she did it all without ever complaining.

“She’d wake up at 2am to prepare our breakfast and lunch before going out to tap rubber. She had have to work at night as well, but not before preparing dinner.

“It is because of her that all nine of us graduated from university. She may not be educated but she was empowered, ” says Magiswary.

Married and with a daughter and three sons of her own, Magiswary makes sure that all her children understand the value of education and independence. Magiswary and her husband Maniam (second from left) teach their sons to respect girls and women.

She is also adamant that her sons learn to respect women.

“My father didn’t treat my mother well and I want to make sure that my sons become good men who treat women with respect and lift them up instead of bringing them down.

“When I see them treating their sister badly, I talk to them about how important it is to treat girls and women well. Hopefully they grow up to be fine gentlemen, ” says Magiswary.

Kanthayee is immensely proud of her daughter for breaking the mould that was set out for her.

“She is happy for me and says that if she had the chance to go to university, she would fight for women who had no voice.

“We talk every day and each time, before she puts down the phone, she will say, ‘Bye-bye, I love you Dr Magiswary, PhD, number one’.”

Raising their girls (and boy) to reach for the stars 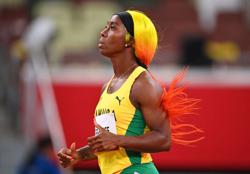