Lee Ji-han was a contestant on the second season of the programme ‘Produce 101’. Photo: MyDramalist.com

Actor Lee Ji-han was one of the 154 people who were killed during the Itaewon tragedy that occurred in South Korea on Saturday.

His death was confirmed by Lee’s agency that stated: “It’s true that Lee Ji-han passed away due to the accident in Itaewon on Oct 29."

The agency described Lee as someone who was "a considerate and warm friend to everyone”.

A representative of the agency added to a Korean media: “We also hoped that it wasn’t true, and we were very shocked to hear the news. The family is suffering immense grief right now, so we are being very cautious. May he rest in peace.”

The 24-year-old made his showbiz debut in the 2017 K-pop competition show Produce 101 Season 2. His first acting gig was in the 2019 web drama Today Was Another Nam Hyun Day.

The Korea Herald reported that he was cast for an upcoming drama series, Season of Kkok-du alongside Kim Jun-hyun and Lim Soo-hyang, set to premiere in January 2023. Another report mentioned that Lee had filmed his part last month. This would have been his TV debut.

His Produce 101 cast mates – namely Park Hee-seok, Kim Do-hyun, and Cho Jin-hyung – wrote on Instagram: "Ji-han has left this world and gone to a comfortable place. We ask that you say goodbye to him on his final path."

On Saturday, party-goers consisting mostly of young people had crowded into narrow streets and alleyways of Seoul's popular Itaewon district for the first virtually unrestricted Halloween festivities in three years.

As many reports detail, chaos erupted when many of the revellers went into one particularly narrow and sloping alley, which was already packed.

Officials told Reuters that the death toll had risen to 154, with 149 injured, 33 of them in serious condition.

By late Sunday, all but one of the 154 fatalities had been identified. 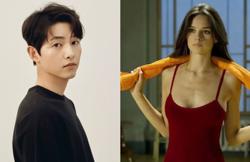