Broccoli and her half-brother Michael G. Wilson sat down with AFP to speak about the future of the 25-movie franchise, moments after having their handprints immortalised in cement at Hollywood's famous TCL Chinese Theatre.

The last Bond outing, 2021's No Time To Die, was the final instalment to star Daniel Craig, and Amazon has since bought 007 studio MGM.

This means speculation is rife about what changes could lie in store for the world's most famous fictional spy.

"We're just beginning our relationship with Amazon. We haven't really started to get involved in the next Bond film yet," said Broccoli.

As custodians of the franchise her father Albert "Cubby" Broccoli founded 60 years ago, "we're not always just going to rest on our laurels and keep to a formula," she added.

At the centre of the rumors and guesswork swirling around the next 007 outing is the matter of who will play the suave superspy with a license to kill. 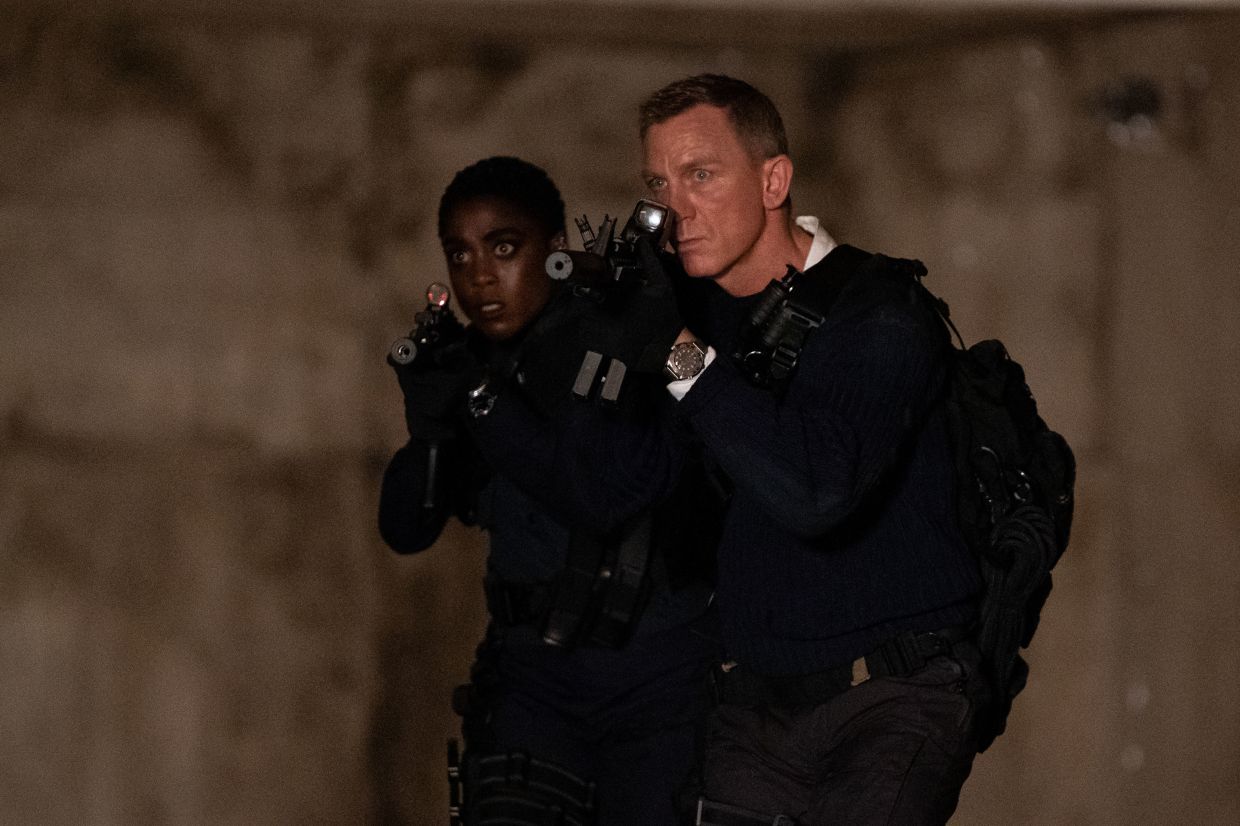 Lashana Lynch stars as Nomi and Daniel Craig as James Bond in 'No Time To Die'. Photo: Handout

Fans have suggested the next Bond may be the first non-white actor in the role, while Broccoli has scotched claims that Bond in future could be female.

She told AFP that "there are certain formulaic things" that will always remain.

"The central character of James Bond is the most important element of these movies, and we believe he's incorruptible, he works for Queen and now King and country," she said.

"He's not in it for his own personal gain. He's in it for trying to keep the world a safer place. So I think that is something we definitely wouldn't change."

But Broccoli said their father "always tried to give us the confidence to take risks so that Bond can change over the years."

The Broccoli family's company Eon has immense creative control over the Bond film franchise, originally based on Ian Fleming's novels.

Barbara and her half-brother Michael have presided over the films since GoldenEye, released in 1995, a year before the death of her father. Under a complex deal, Eon split profits with historic studio MGM, which had the right to finance and distribute the 007 movies.

But the studio was bought by Amazon for US$8.5bil (RM39bil) under a deal closed in March, and it emerged weeks later that MGM's film leadership would be leaving.

In another sign of changing times, Amazon's Prime Video will release an eight-part Bond-themed reality-TV competition series called 007's Road To A Million.

Wilson told AFP it was important for Bond films to keep pace with the ever-changing challenges facing the world.

"What's the world going to worry about two or three years from now? How do we stay topical?" he said.

"But so far it's worked pretty well. You can't be afraid of change... you have to embrace it, and you can't do the same thing over and over again. You have to change it a bit.

"The audiences have a certain expectation. But they also want to be surprised. So that's all part of the effort." – AFP