Daniel Craig attending the world premiere of the new film from the James Bond franchise 'No Time To Die', in London Tuesday, Sept 28, 2021. Photo: AP

The star-studded but much-delayed world premiere of the latest superspy blockbuster No Time To Die took place on Tuesday (Sept 28) in London.

British star Daniel Craig's fifth and final outing in the franchise is hitting big screens after its release was repeatedly postponed during the coronavirus pandemic.

Royal couples Prince Charles and Camilla and Prince William and Kate were also at the premiere at London's historic Royal Albert Hall.

Charles talked with the stars, shaking hands with Craig having trodden the sodden red carpet. 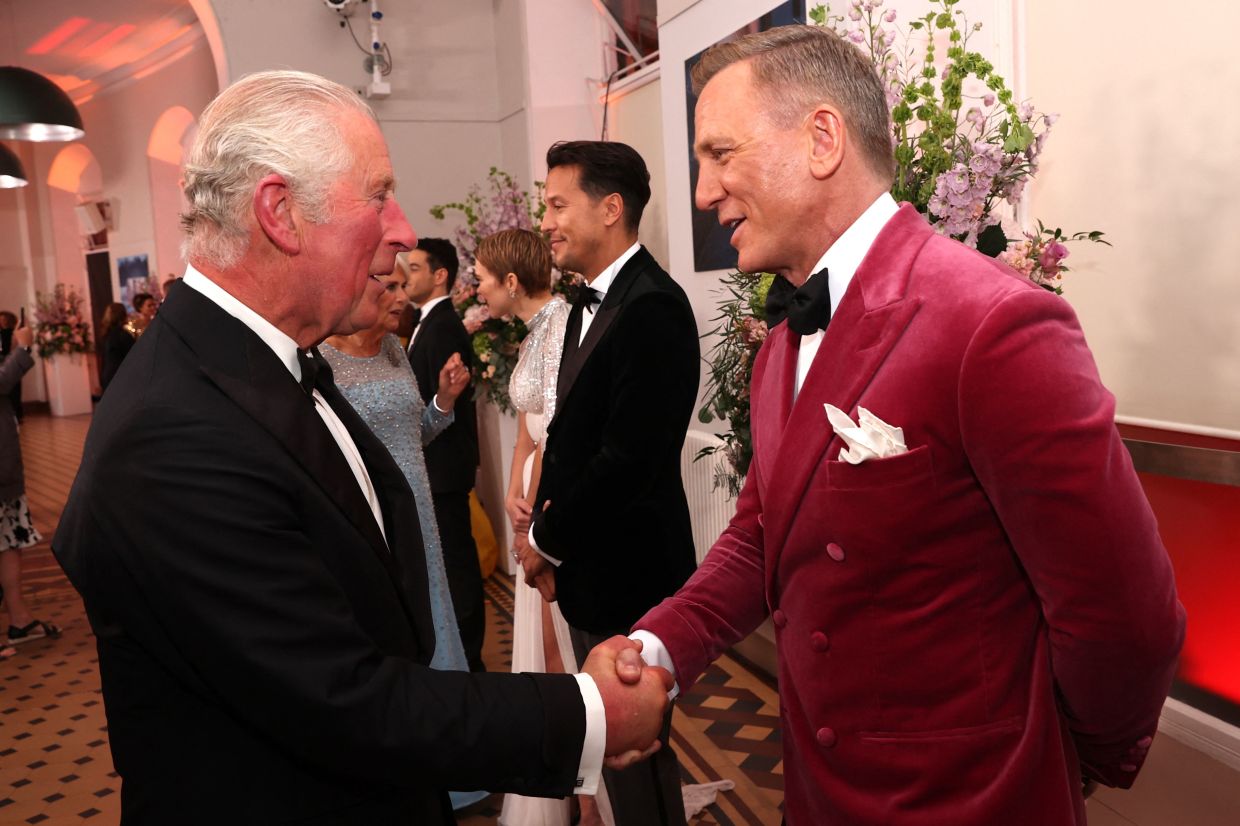 Britain's Prince Charles, Prince of Wales talks to English actor Daniel Craig ahead of the World Premiere of the James Bond 007 film 'No Time to Die'. Photo: AFP

The film is part of a backlog of major productions held back by distributors during the pandemic, hitting cinemas hard, and forcing some new films to be streamed.

The release will be in cinemas only, with struggling theatres hoping Bond will lure back crowds.

Reflecting on 15 years of playing 007, Craig said: "I genuinely don't have any bad memories, but I think it's going to take about another 15 years to unpick all this."

Vue Entertainment, the UK branch of the cinema operator Vue International, hailed the movie's release as "the cinematic event of the year".

It will go on general release in Britain on Sept 30 and in the United States on October 8 – a year and a half behind schedule. (The film is scheduled to open in Malaysia on Nov 25.) 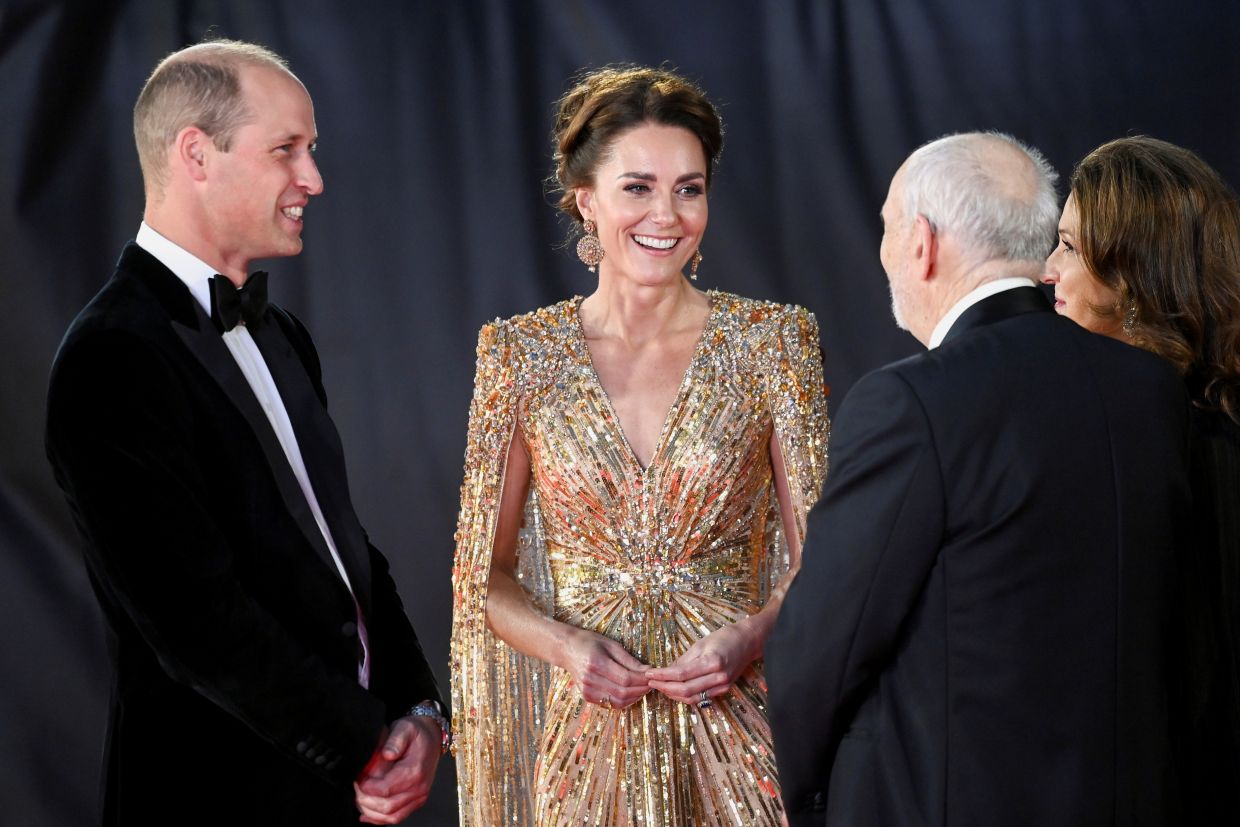 In the film, Bond returns to active service after retirement, vowing: "I have to finish this."

He deploys his trademark hi-tech gadgets in spectacular scenery in Italy and Norway while battling the villainous Safin, played by Oscar-winner Rami Malek (Bohemian Rhapsody).

"I get shot and then I get blown up. It feels like James Bond to me," Craig said in an official podcast.

With Craig bowing out, calling the role "a massive part" of his life, speculation has mounted over who will inherit his fabled licence to kill. 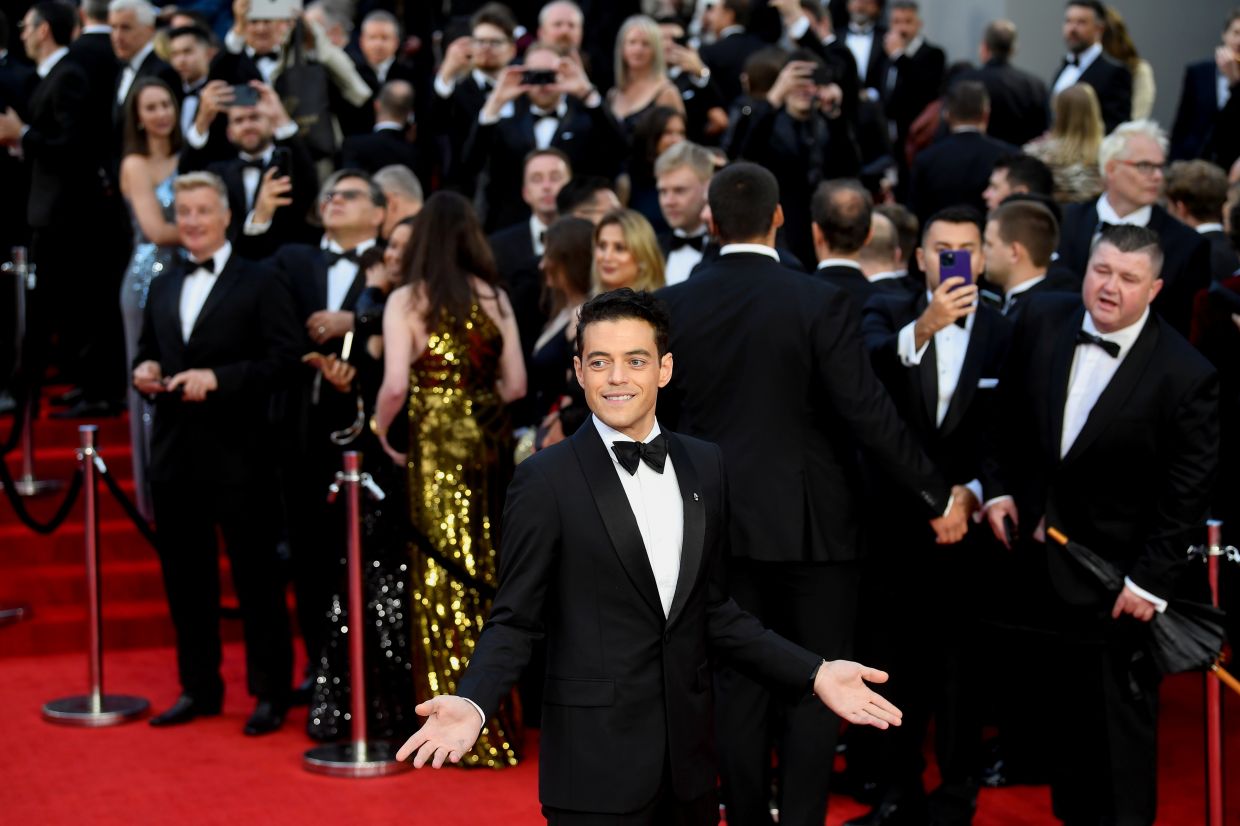 UK bookmakers are tipping the likes of Tom Hardy (The Revenant, Dunkirk) or Rege-Jean Page, the mixed-race star of the Netflix hit Bridgerton.

Craig, 53, has held onto the role longer than any of his predecessors since his 2006 debut in Casino Royale.

He has won praise for adding depth and emotional complexity to the all-action role, but only reluctantly agreed to one final appearance as Bond.

After Spectre in 2015, Craig told Time Out magazine he would rather "slash his wrists" than reprise the role but recently apologised for appearing flippant.

His previous films include a 2011 adaptation of Charlotte Bronte's Jane Eyre. The filmmaker stepped in after the original director Danny Boyle, known for Slumdog Millionaire and Trainspotting, left over "creative differences" in 2018.

Fukunaga said in a promotional video that his Bond is "like a wounded animal", struggling because "the world has changed, the rules of engagement aren't what they used to be: the rules of espionage (are) darker in this era of asymmetric warfare".

The Bond films are based on a character created by upper-class British writer Ian Fleming in novels published in the 1950s and 1960s.

As the MeToo movement has heightened awareness of misogyny in popular culture, some have argued that time has run out for the franchise. 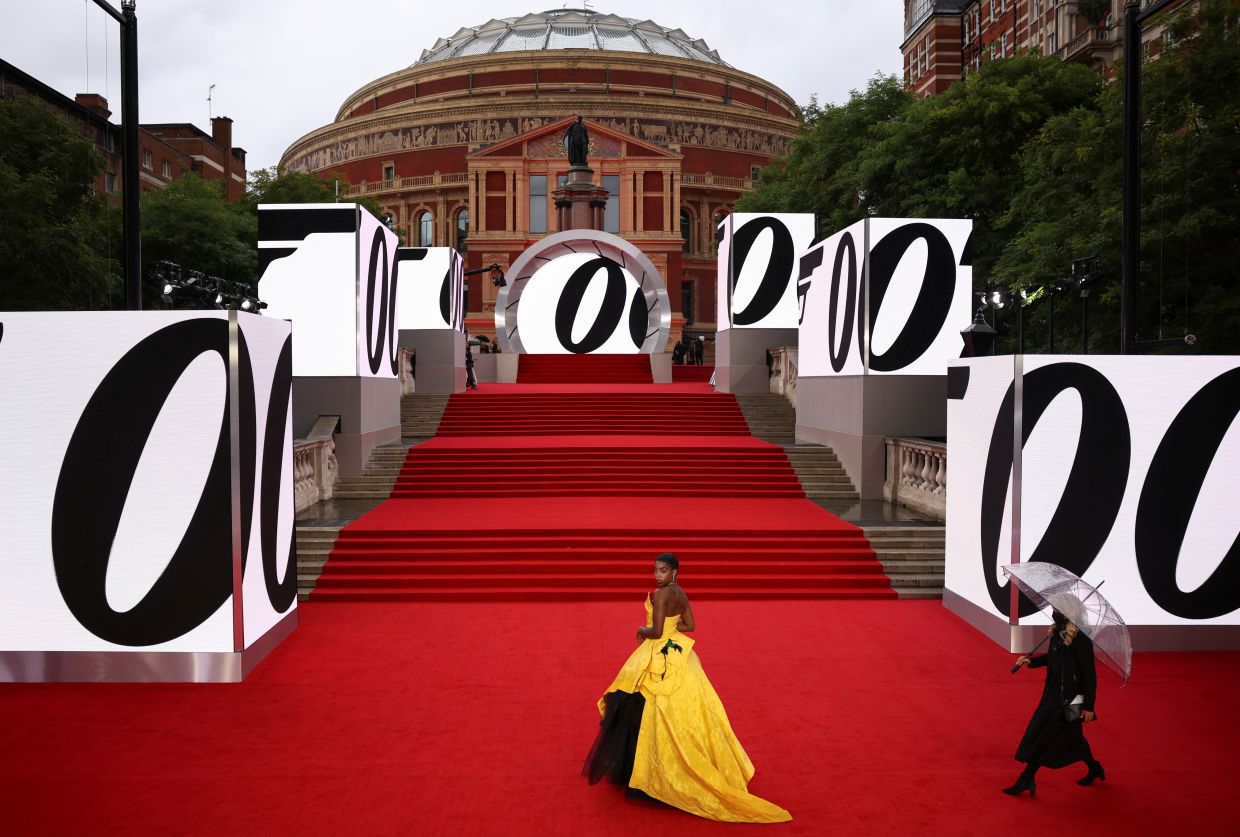 Lashana Lynch poses for photographers as she attends the world premiere of the new James Bond film 'No Time To Die'. Photo: Reuters

In an interview with The Hollywood Reporter, Fukunaga said that in one 1960s-era film, "basically Sean Connery's character rapes a woman".

"That wouldn't fly today," he stressed.

Among those working on the screenplay was Phoebe Waller-Bridge, the British creator and star of the TV series Fleabag and writer of the first series of Killing Eve.

In the film, Bond spars with a black female MI6 agent, played by Briton Lashana Lynch, and has to take a back seat to her as she flies a plane.

"It's an incredible moment to have a female black lead in a movie who is holding her own," she told Sky News on the red carpet.

"It feels really empowering for me to even play her. It felt like the stars aligned for this one," she said. – AFP

World premiere of 'No Time To Die' 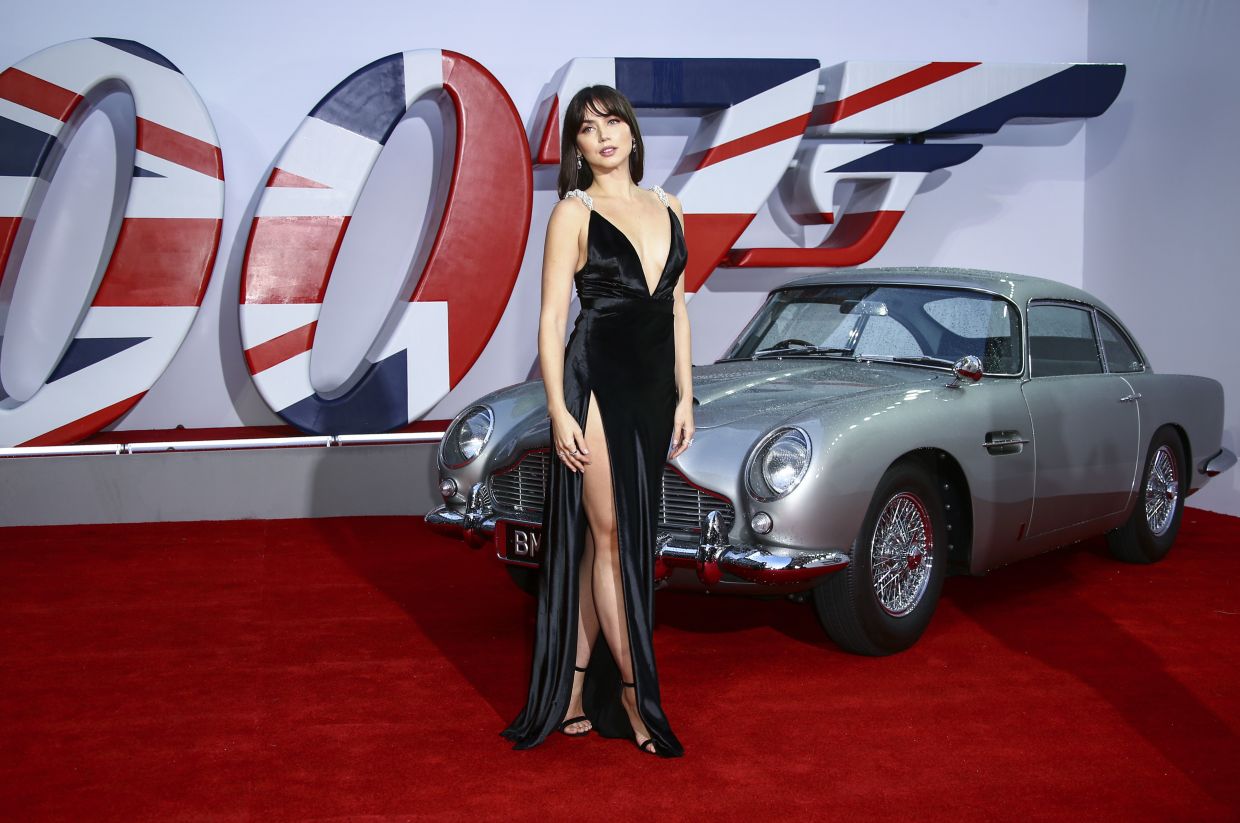 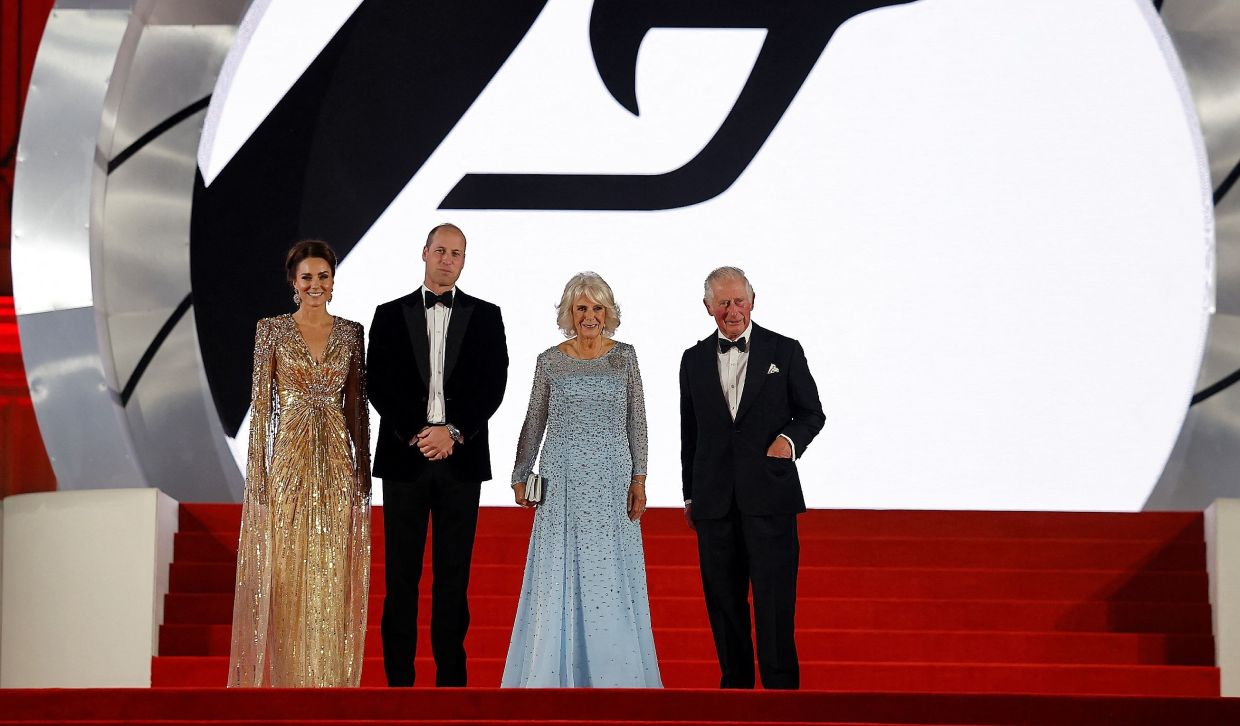 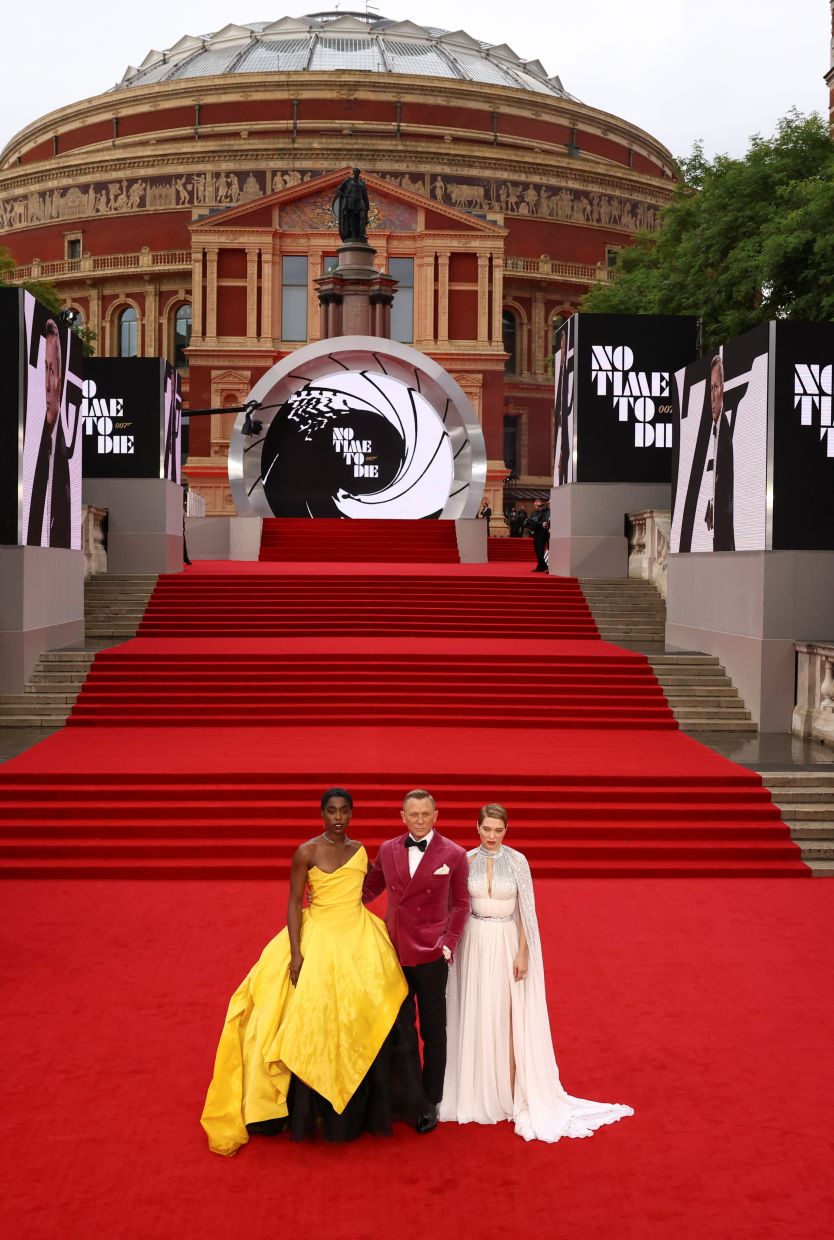 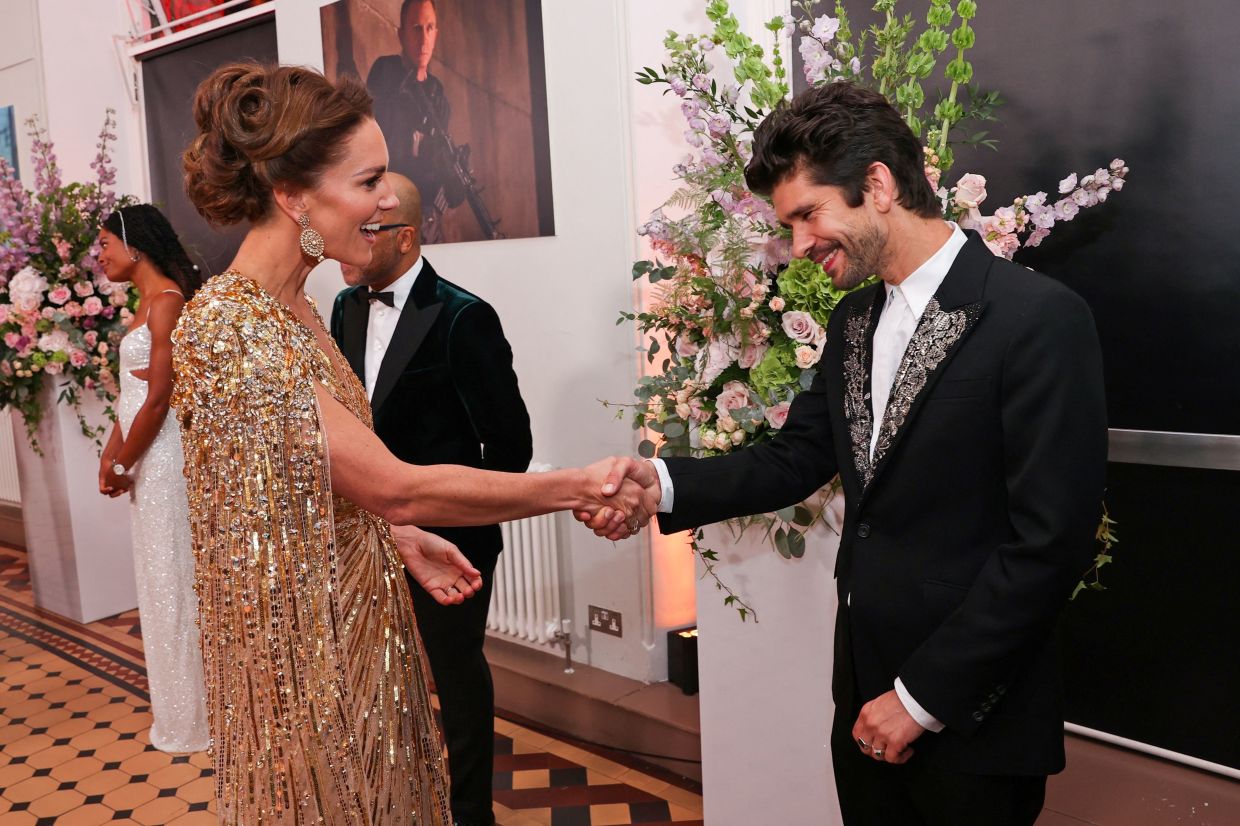 Lashana Lynch, Daniel Craig and Lea Seydoux pose during the world premiere of the new James Bond film "No Time To Die" at the Royal Albert Hall in London, Britain, September 28, 2021. Photo: Reuters

The Royal Marines Band play ahead of the world premiere of the new James Bond film 'No Time To Die' at the Royal Albert Hall in London. Photo: Reuters

Britain's Camilla, Duchess of Cornwall passes members of the Life Guards division of the Household Cavalry as she arrives ahead of the World Premiere of the James Bond 007 film "No Time to Die". Photo: AFP