In case you’re still wondering, actor Daniel Craig is ruling out all and any possibility of returning as the suave spy James Bond after the latest film, No Time To Die.

“Yeah, I’m done. I’ve done five movies. I’ve had an amazing, amazing experience. But it’s time to move on,” he assures the South-East Asian journalists during a virtual Q&A session, dialling in from London.

The 53-year-old Brit first took on the double-O agent mantle in the 2006 film Casino Royale after Pierce Brosnan, and has portrayed James Bond for longer than any actor before him.

Craig’s final turn as Bond has been lengthened by almost two years; No Time To Die was supposed to be released in April 2020 before its opening date got delayed three times because of the Covid-19 pandemic.

The 25th movie – in a franchise that began in 1962 with the film Dr. No starring Sean Connery as Bond – finally opened in Malaysia on Thursday (Nov 25).

In the span of five movies and 15 years, Craig has transformed this fantastic character into a real person and left a lasting impression with moviegoers of all ages.

Or as No Time To Die director Cary Joji Fukunaga tells StarLifestyle: “Daniel Craig has brought a level of complexity and humanity to the character we haven’t seen before. He’s set the bar quite high. His James Bond is also my favourite Bond.” 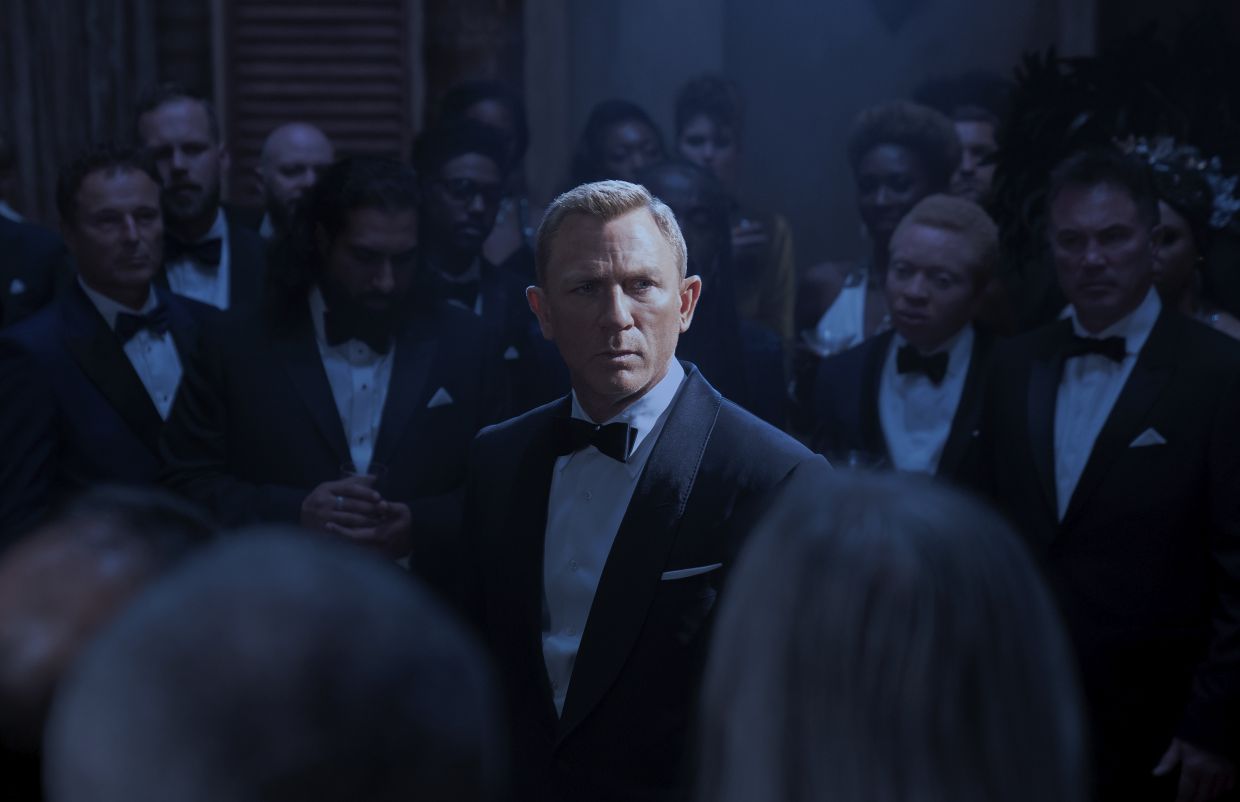 When there is only one attire to a black tie event. Photos: UIP Malaysia

While there are all kinds of speculations as to who will replace Craig in the next film revolving around Ian Fleming’s iconic agent, here’s what Craig surmises to StarLifestyle on what he hopes for the franchise moving forward.

“The great thing is, I’m out of it. So, it’s going to be their issues now (who) the next person is going to be,” mentions Craig candidly. “But I do believe, it’s just a question of trying to leave it in a good shape.”

As for the next actor embodying 007, Craig advises: “Do the best you can. It’s a great, incredible franchise, that has lasted so long. So just take it on further and make it better.”

Ironically, for Craig’s last hurrah, No Time To Die begins with James Bond enjoying his retirement from the service in Jamaica... following the aftermath of Spectre (2015) where he and Madeleine Swann (Lea Seydoux) drove away in his Aston Martin.

His peaceful life is cut short when his CIA friend Felix Leiter (Jeffrey Wright) turns up and asks for his help to rescue a kidnapped scientist.

The man of action, who is now just mostly sunning himself and fishing, is secretly glad to be dragged back into the world he had left behind.

However, Bond’s good intention leads him to cross paths with a villain (Rami Malek) armed with a dangerous new technology that threatens the world.

As with previous James Bond films starring Craig, No Time To Die explores themes focusing on secrets, betrayal and trust.

That’s because Casino Royale, Quantum Of Solace (2008), Skyfall (2012), Spectre and the new film are all conceptualised as a unified whole, with the protagonist evolving into something more than just an operative with a licence to kill.

In Craig’s hands, the usually cool and calm Bond can also be seen as damaged, vulnerable and flawed.

Fukunaga informs StarLifestyle that No Time To Die “brings James Bond back to sort of reality in this run and making him a human being that we could all kind of aspire to be”.

Craig adds: “I feel very proud of the fact that we’ve managed to sort of have a narrative that tells the story that we’ve been trying to tell through the other pictures.

“I feel like they work as one narrative thread through the whole pictures which hopefully made the movies more engrossing.” Actor Ralph Fiennes (left), director Cary Fukunaga and Daniel Craig on the set of 'No Time To Die'.

In 2015, right after Spectre, Craig announced that he wanted to quit the franchise. He famously said that he would “rather slash my wrists” than reprise the role.

Fortunately, he changed his mind soon after. What drew the thespian back one last time was the chance to tie up all the loose ends revolving around his Bond before he makes his exit.

Also, Craig is first to admit that there is “a huge collective effort that goes into making a Bond movie” and that he’s just a small part of it.

Thus, the committed actor – who changed his physique and suffered through various injuries for the role – felt it’s only respectful to end his tenancy as Bond on the right note.

To further prove his appreciation for the franchise, Craig speaks fondly of its enduring appeal.

“It is not only the tradition of the film coming out and the experience of families watching it together – whether it’s in the cinemas or even later on television – it’s the sort of the cultural experience of this character and how much he is adored throughout the world.

“And also, I think, is because the character has evolved so much to reflect the times. It’s a character that’s in constant development, so it’s always being renewed in some way,” he said. The double-O agents (Lashana Lynch, left, and Craig) get ready take down the bad guys.

Even though it sounds like Craig has conflicting emotions about Bond, he professes his life and career trajectory changed because of it.

As he told a British magazine: “I could never imagine being where I am today without James Bond.”

His attitude towards Bond becomes somewhat clearer when Craig recently revealed that he nearly didn’t accept the part of Bond; apparently, he only intended to read through the script and say “thanks but no”.

Luckily the film’s producers managed to convince him that he is the next Bond, plus Casino Royale’s story and script were too good that Craig decided to take the plunge despite his initial doubt that he would fit into the James Bond mould.

He was also afraid his personal life would suffer from the pressure and fame that came with playing the famous MI6 agent. 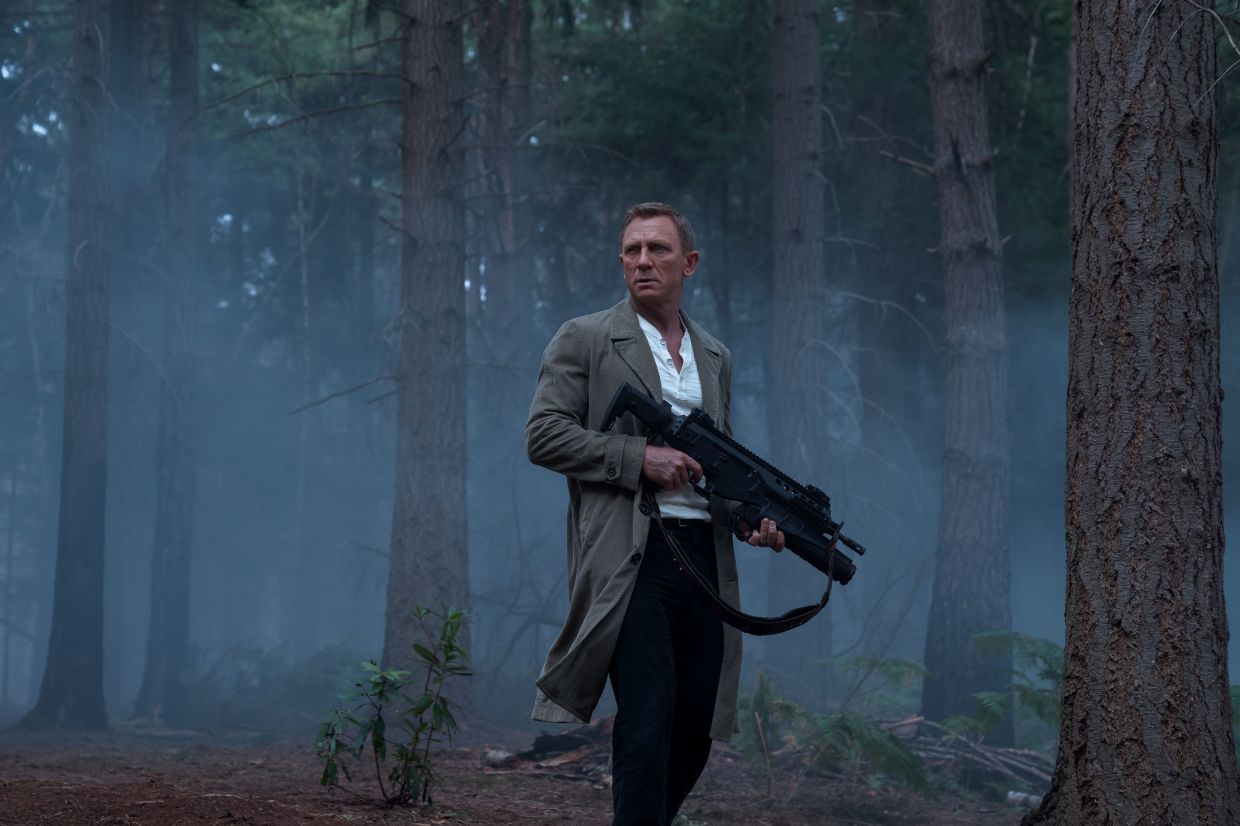 Daniel Craig has made James Bond feel like a real person with his portrayal.

Recalling the first time he portrayed the role, Craig states: “The screen test would have been the first time that I had to pretend to be Bond. And say the lines as well.

But the husband of Oscar-winning actress Rachel Weisz divulges he wouldn’t have it any differently, regardless knowing what he knows now.

“I wouldn’t say anything to myself. I thought about this the other day. I was so naive and green and just open to everything that I just sort of soaked everything up that was put in front of me. 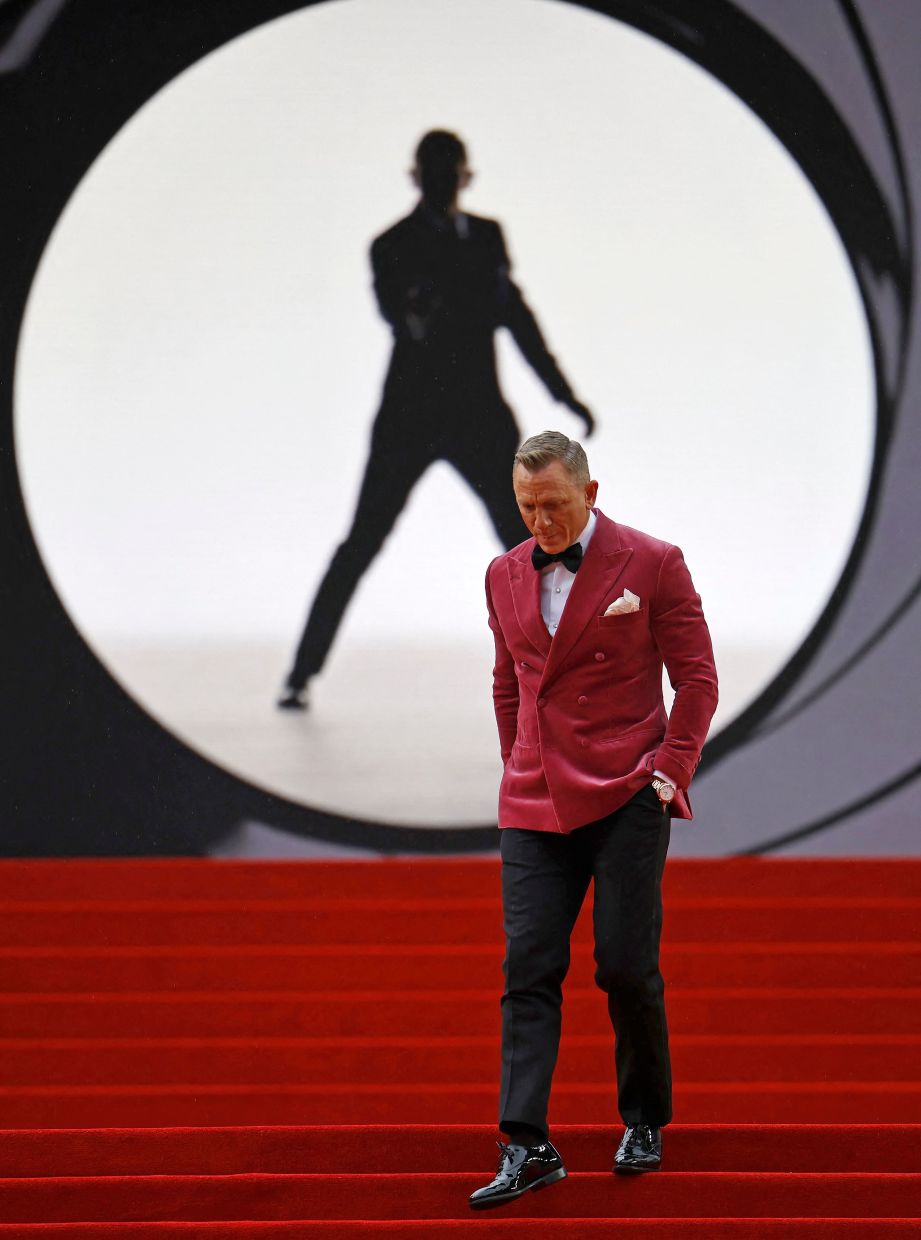 The English actor has played James Bond for longer than any other actor. Photo: AFP

At this point of time – when he’s ready to let go of everything Bond-related – the star has obviously become more Zen, and is in a particularly good mood reminiscing about his participation in making Bond movies.

“Best and worst days?” he reiterates a question from a SEA journalist.

“It’s like, you know, there were so many pluses. It’s difficult to sort of think about, you know, the hard bits. And in any job, we all kind of have to do tough days. But I don’t think about them.”

Craig concludes the interview by sharing what’s next for him: “I’m going to continue working. I hope I have a little bit of a career left after this.

“It’s going to be very different for me not doing these movies... they’ve taken up a huge part of my life. But I’m very happy about the decision to give up and I want to do other things.” 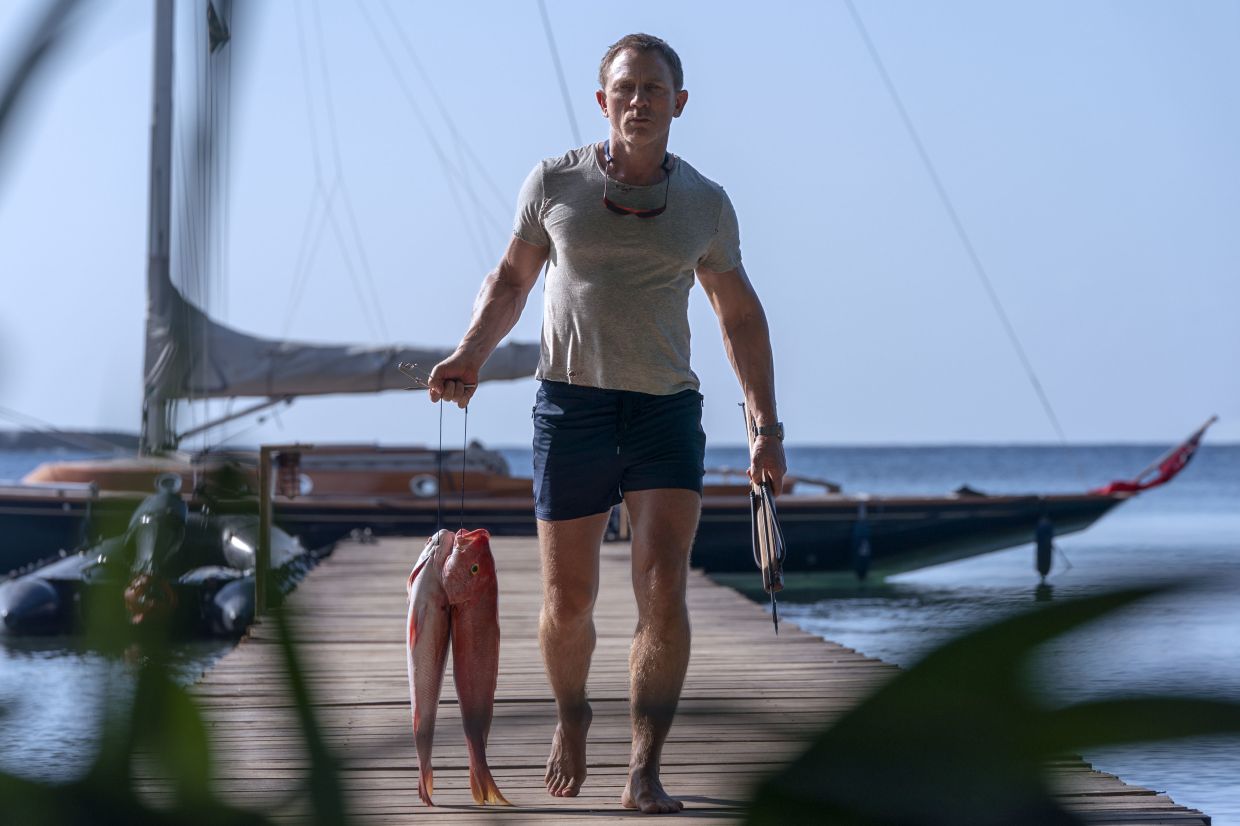 Unlike James Bond who comes out his retirement, actor Craig has no plans to return as Bond.